Amidst the disaster that has been the last few years, did you notice that we had no First Lady Cookie Contest this year? I sure as heck didn't. Not only did the First Lady Cookie Contest die relatively unnoticed, the magazine that birthed it (pulled it out of the oven?) has ceased to exist. So today, we present the recipe that won more first-lady bakeoffs than any other:

For those of you reading this from outside America, the first lady cookie contest is a faceoff between the wives of the two front-running presidential candidates. (All right, one year it was between one candidate's wife and the other candidate's husband, but he used his wife's recipe from earlier bakeoffs.) It is purported to be a bit of harmless fun-- which people angrily scrutinize every time it comes back around. Analysts and opinion writers attempt to make a complete psychological profile of each woman, trying to diagnose an entire personality and political platform from a reckless deployment of chopped walnuts. Experts and professional dunderheads write painfully long articles about whether we can predict the winner of the election based on their wives' bake-off success. And (maybe) a few people actually try the recipes at home.

A few aspiring first ladies through the years have been caught faking their way through the contest- whether they took recipes off of corporate sites and hastily removed the brand names, or whether they simply had their staffers send in a recipe without even looking at it. Every time a First Lady candidate got busted, it made quite a scandal. Foul play in a cookie contest was an inoffensive enough basis for outrage that even the lightest fluff magazines could get a few angry pages out of it without offending anyone with the realities of politics.

We would like to make a small defense of those who committed academic dishonesty in the First Lady Cookie Contest. Yes, it's easy to fault someone for plagiarizing cookie recipes for a contest (possibly without even trying them at home). But one should realize that the First Lady Cookie Contest may be the only cookoff outside of home economics class gravy-making competitions that participants must enter, like it or not.

As told in the short yet unexpectedly entertaining history of the First Lady Cookie Contest, the contest dates back to 1992 . In that year, Hillary Clinton said perhaps the disastrous words of her entire career: "I suppose I could have stayed home and baked cookies and had teas, but..."

Amidst the sound and the fury that rocked op-ed sections and letters to the editor around the country, a cookie contest was born. Family Circle magazine announced that they would have a cookie contest between the wives of the two men vying for president. Hillary Clinton won the cookie-off, and her husband went on to win the election. Her cookies had chocolate chips, oatmeal, and enough shortening that Aunt Jenny would have tucked a few Hillary flyers into her recipe pamphlets.

I generally avoid shortening. It kind of creeps me out with its preternatural whiteness and its absolute refusal to rot. Shortening is suspiciously flavorless and odorless like any ideal poison, so I replace it with butter whenever possible. However, this recipe won the First Lady bakeoff not once but thrice. We therefore are actually following the ingredient list precisely as written. Because we are carefully scrimping every penny, we purchased the cheapest can of shortening on the store shelf. You may think it'd be one of the tiny ones, and if so you'd be wrong. And so, because of Hillary Clinton, we now have this massive can of synthetic vegetable-derived imitation lard, shoved toward the back of the highest shelf. Every time I glance at the cupboard, I'm faintly unnerved to know it's up there somewhere. 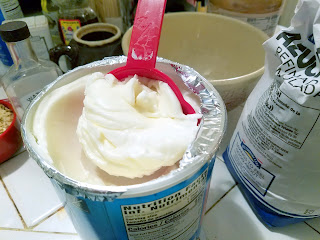 Well, at least the brown sugar adds enough color to remove the aggressively white, freshly-bleached look from the shortening. 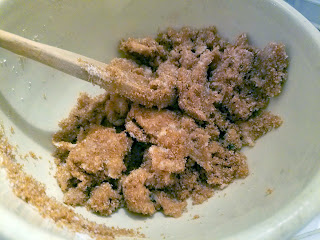 Those who are interested in presidential history, or at least interested in tracking the aesthetic history of web design will delight in exploring old campaign sites dating all the way back to 1996, all lovingly preserved long after the elections ended. Would you like to try Elizabeth Dole's pecan cookies from 1996? We found today's recipe on the Clinton White House website, which now stands as an undisturbed shrine to 90s web design and to political events from the era of the Spice Girls. Whoever is keeping the website up has apparently made only one alteration: little pop-up notes informing you that the site is no longer updated and is now of historical interest. In a burst of dramatic phrasing rarely seen from archivists, you are told that the website is "frozen in time." 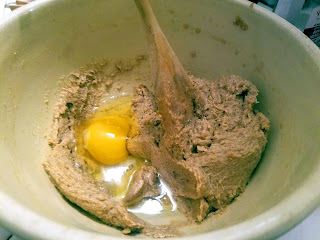 And here we arrive at the entertaining part of every recipe: unnerving other people in the kitchen because you're heeding Fanny Cradock's advice to think of someone you've never liked but you're too well-bred to say anything so you instead take it out on what's in your bowl. It may turn a bit of light stirring into a forceful blur of a spoon handle that produces unnecessarily loud thwacks.

The recipes of the First Lady Cookie Contest fascinated people flipping through magazines in waiting rooms right up until 2016. That year, everyone was too busy reading and writing op-eds asking what did it mean that a man was entering a first lady cookie contest? Several people managed to milk entire articles out of the fact that they had to hastily rename it to the gender-neutral Presidential Cookie Poll. Rarely have cookies been such a joylessly analyzed experience outside of the Industrial Consolidated Bakeries shareholders' conference. 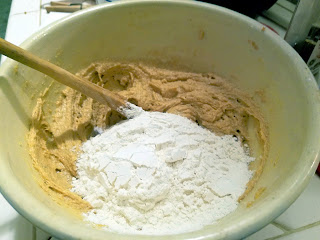 Incidentally, those who want to follow the recipes of First Lady Cookie Contests of yore will likely stumble through multiple dead links as you find them. Family Circle, the magazine that came up with the idea and held it every year, quietly shut down in 2019. With regard to the cookie contest that had fascinated the nation every four years, the magazine publisher tersely stated "There are no plans to bring this contest to other Meredith brands at this time." And thus did this nation-gripping contest anticlimactically sputter out of existence.

Hillary Clinton and her oatmeal chocolate chip cookies remained undefeated against any opposing candidate's wife (though she lost another magazine's copycat cookie-off between the wives of presidential hopefuls from the same party). And while other repeat entrants in the First Lady Cookie Contest came up with a different recipe for every election, Hillary resolutely sent the same recipe every time, including when she herself was running for president and the recipe ran under her husband's name instead. It may be lazy, but it's nevertheless an impressive run for a cookie recipe. Hillary won the first and last First Lady Bakeoffs, and won again at some point in between. If she's not a good baker, she at least knew how to hire one when she needed a cookie recipe on short notice. 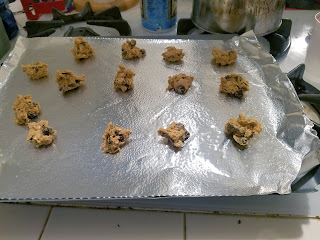 At this point, someone else in the house expressed an interest in the cookie dough. Upon tasting it, he frowned a little and said "It's very salty." I had to agree with him, though I hoped we were actually tasting the baking soda that had not yet gone into the oven and reacted away into fizz and leavening. Everything else about the dough tasted right, so I held out hope that somehow the saltiness would bake out of them or somehow harmonize with the flavors as they changed in the heat.

Speaking of heat, as we prepared to insert these into the oven, we realized what we had forgotten to do earlier:

Back to the cookies. You can tell this recipe is meant to make enough cookies to hand around a lot (at campaign events, perhaps?). It makes a lot of cookie dough and then tells you to use a tiny spoon to scoop it out. I rarely think about how small a teaspoon is, but I certainly noticed its petite size when facing the possibility of spending such a long time putting so many batches of dainty dough plops in and out of the oven. 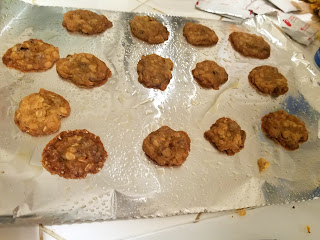 With that said, if you would like to make the tiny cookies the recipe specifies, they're perfect for just a little bite of dessert. They ended up being almost exactly the size of the tops of mini muffins. You'd think portion control is a cinch when your cookies are so little, but it unfortunately made them easier to effortlessly eat. In case you're wondering why Hillary never bothered to come up with a new recipe regardless of how many times she entered the contest, this is how many were left of the first batch before the second one had finished baking: 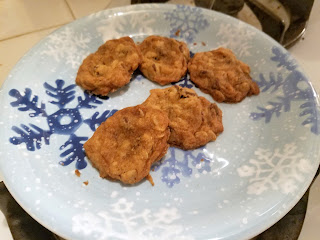 I'd have made the rest of them in the original teaspoon size, but that's quite the time commitment with the oven. Even if you shape all your dough ahead of time so you only have to remove one baking sheet from the oven and seamlessly insert another, you're going to be in the kitchen a long time, peeping into the oven to check if the tops are browned yet. We didn't have that kind of patience, so we scooped out subsequent batches with a tablespoon. Since a tablespoon is triple the size of a teaspoon, the cookies were a more satisfying size.

While the saltiness didn't bake out, this is nevertheless a damn good cookie recipe. They're crispy on the outside, soft in the middle, and we already agreed that we're keeping it on file. I can't comment on whether they go stale or not because they didn't last long enough.