Am I into juicing now or making quiche?

Today's post marks a big change for A Book of Cookrye: I'm now kitchenless! Having moved out of the dorm and being temporarily decamped at my parents', I now have no kitchen of my own. This throws me off more than not having my own (half of a) room. So, we present taking what was sitting there in the fridge, turning it into an attempt at supper, and then (in part 2) reworking it until you've actually got something tasty! Also, I'm writing this on a bus making its way from Tennessee, so if I see anything interesting, I'll make a note.
Anyway, so it was 3 days before move-out, we had lots of cheese left over from tacos and spaghetti, and I had thought I'd spend the 80¢ each on 2 bricks of frozen spinach to make spinach squares. But midway home I decided I really wanted a spinach quiche, so that's what I tried to make. Marcus had a big bag of cilantro, so we added that too.
I've observed this thing called "juicing" which seems to involve making what would have been a decent salad and shoving it into a blender, possibly with some of that protein powder stuff that apparently no one can do workouts without. It kinda looks like this: Some truck driver we passed was holding and petting a little lapdog as he drove and it was so cute!

That blender's been just sitting under the counter with no one's name on it all semester.

What really amused me was when someone was describing his extensive regimen of supplements and said he could not do without whey protein, he got really pissed off when I asked "Isn't whey that runny stuff left over from cheesemaking?"
Meanwhile, into the pot we dump the rest of the provolone from when we had spaghetti, the last of the queso fresco from the tacos Marcus made, and some milk because I vaguely remember the quiche recipe I made a year ago had you melting the cheese in a pot of milk. 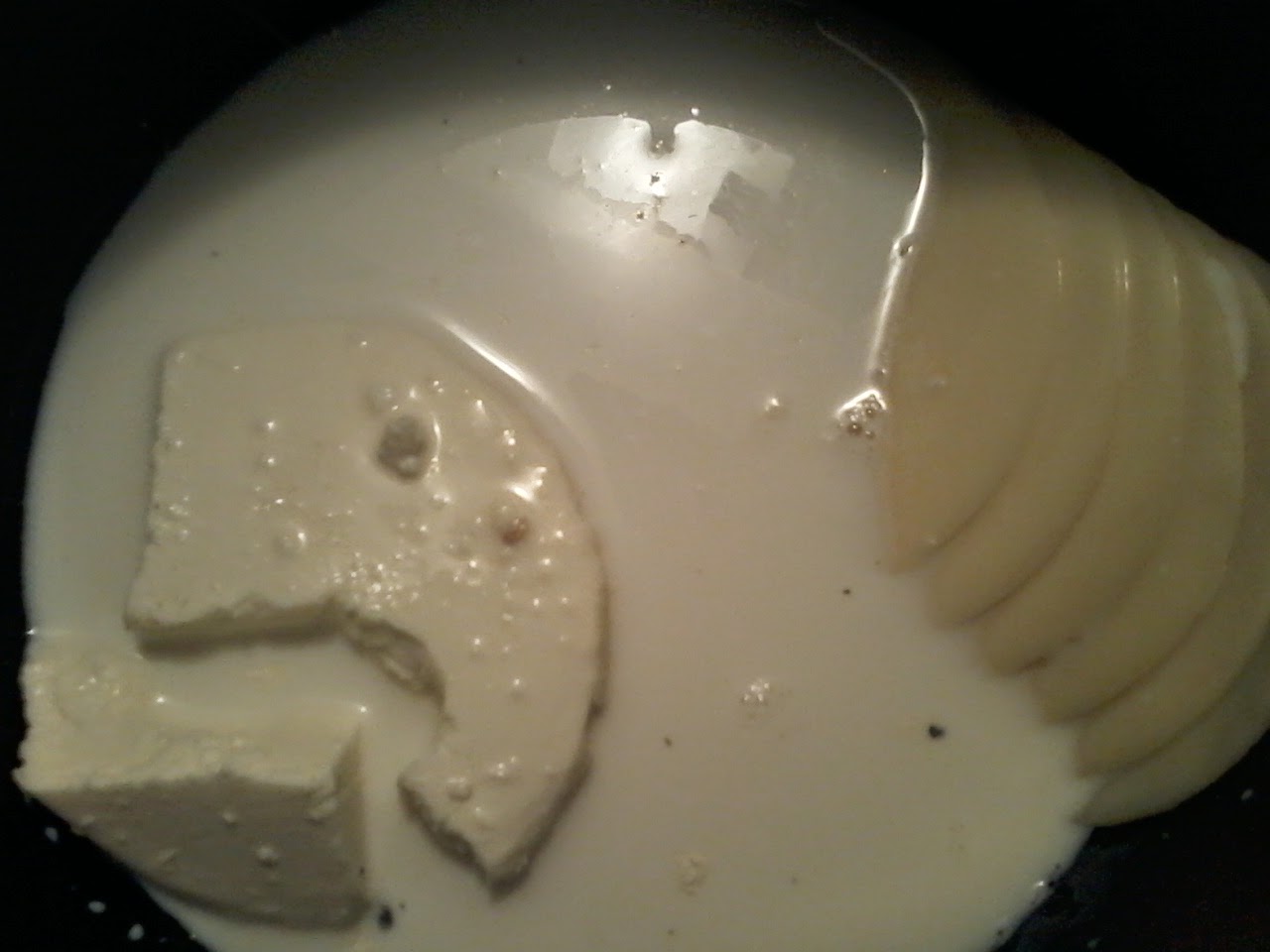 Did someone really name a gas station in cotton country The Boll Weevil? That's like naming an apartment complex The Bedbugs.
The queso fresco only half melted... it went kind of runny but it didn't dissolve like the provolone did. 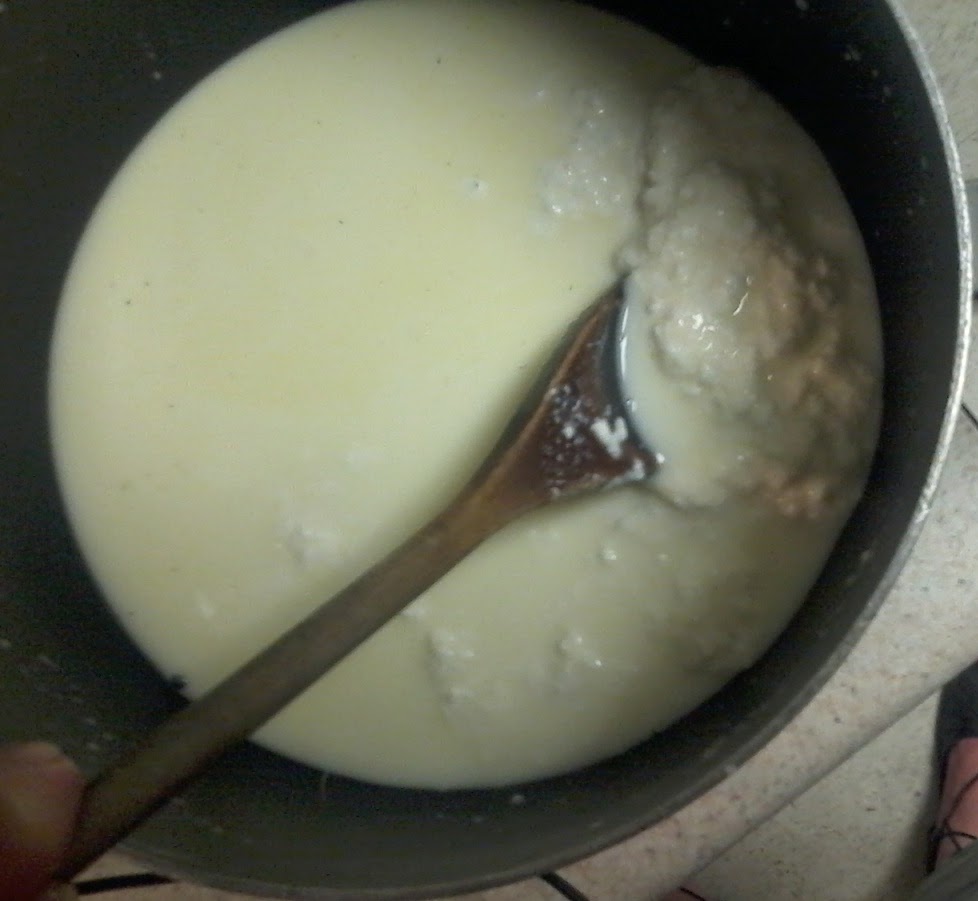 I dumped the hot cheese glop into my juiced vegetables and hoped more time being blenderized would cure it of cheese lumps. 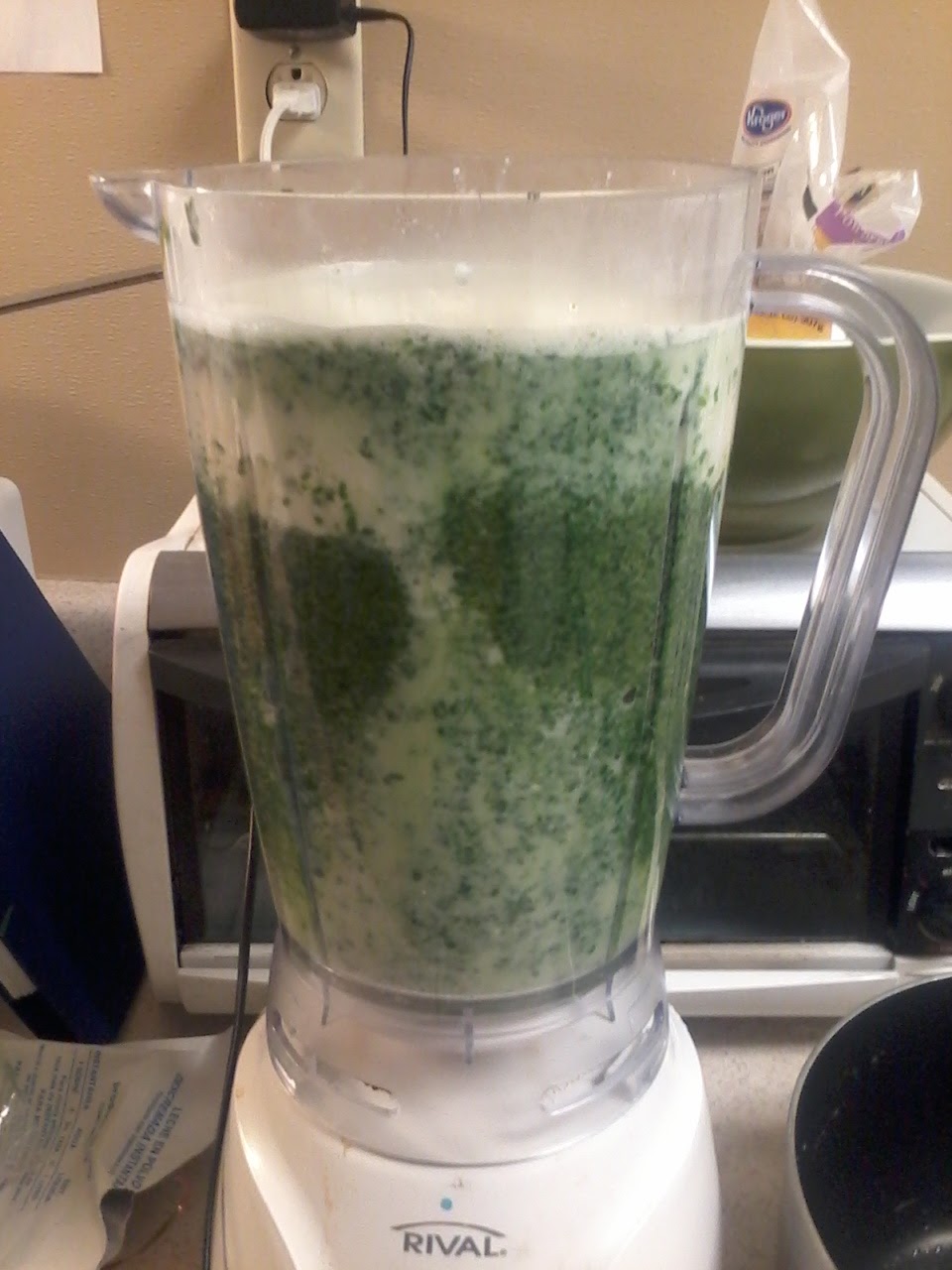 Someone detached the trailer from a semi, parked it in front of a gas station, and converted it into a trucker's chapel.
Hmmm... I think it's missing something... could it be the unlabeled Worcestershire sauce that's been sitting abandoned for the past few months? 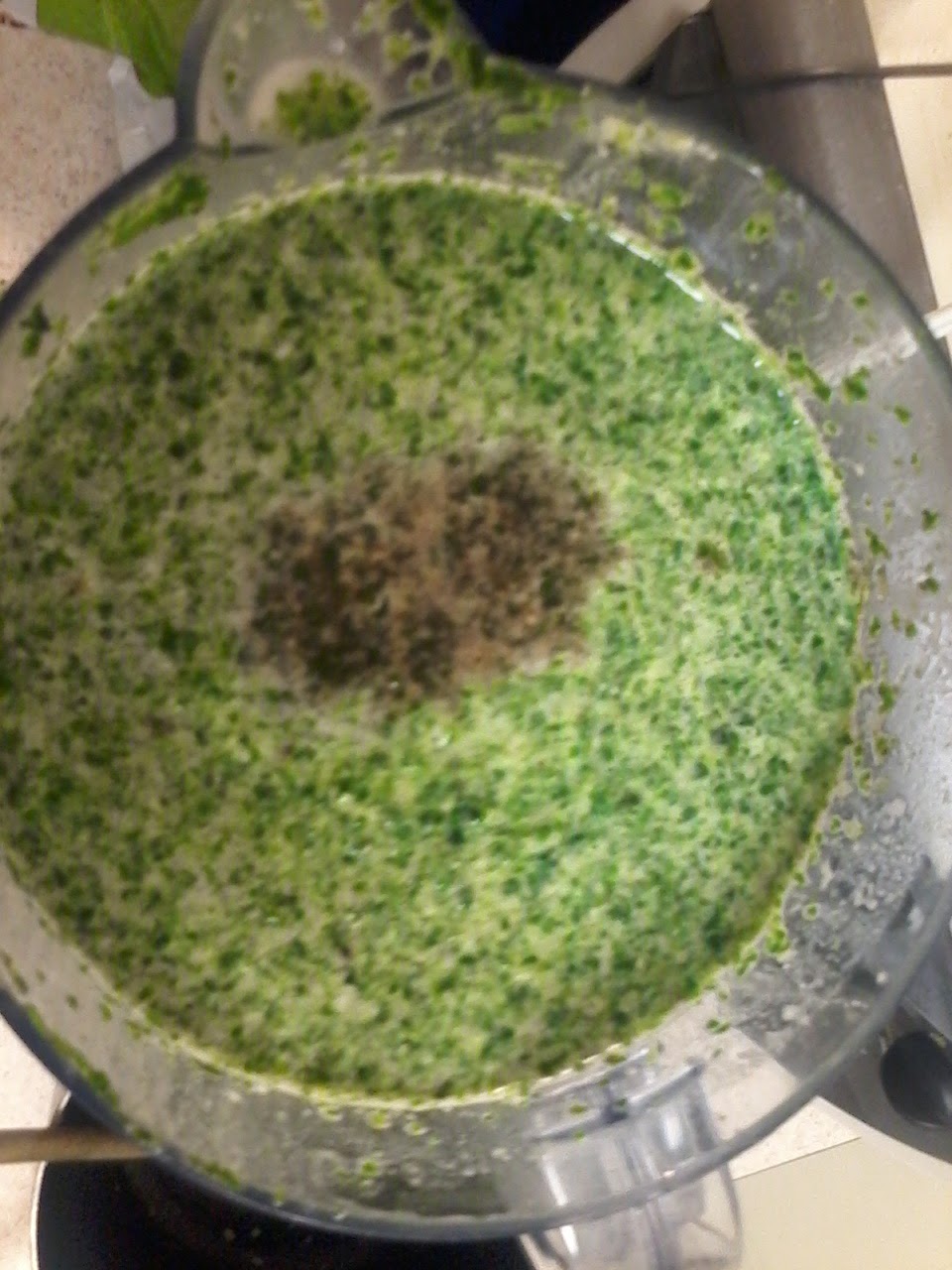 So I didn't feel like bothering to make a crust, so I cadged some of the sushi wrappers Marcus has (I've invited him to write a guest post about making cucumber sushi) to line the pot with. Someone wrote DON'T BUY THIS GUM IT TASTES LIKE RUBBER on the gas station's condom machine.

So now, we've taken our perfectly good greens and blenderized them with eggs, milk, and cheese. Time to dump the resulting glop into the crust and hope it turns into a quiche! 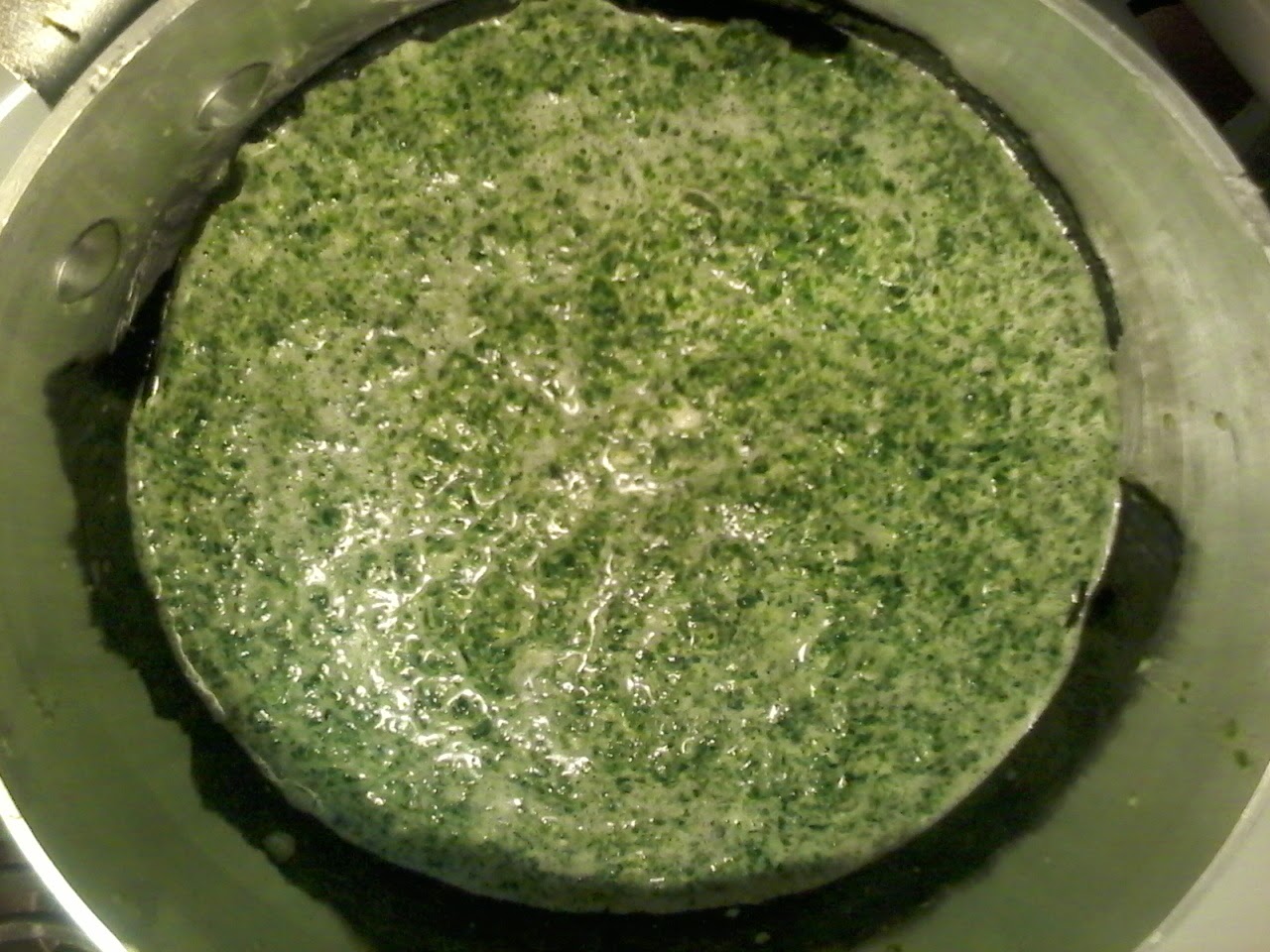 The kid in the car next to us is chewing on a stick apparently yanked off a hedge.
So it baked until it was definitely set, and Marcus and I went outside to let it cool.
And here it is baked!
Y'know what? Why not go for an artsy shot since I'm standing right by the dreary office plants that someone potted right by the front door anyway? 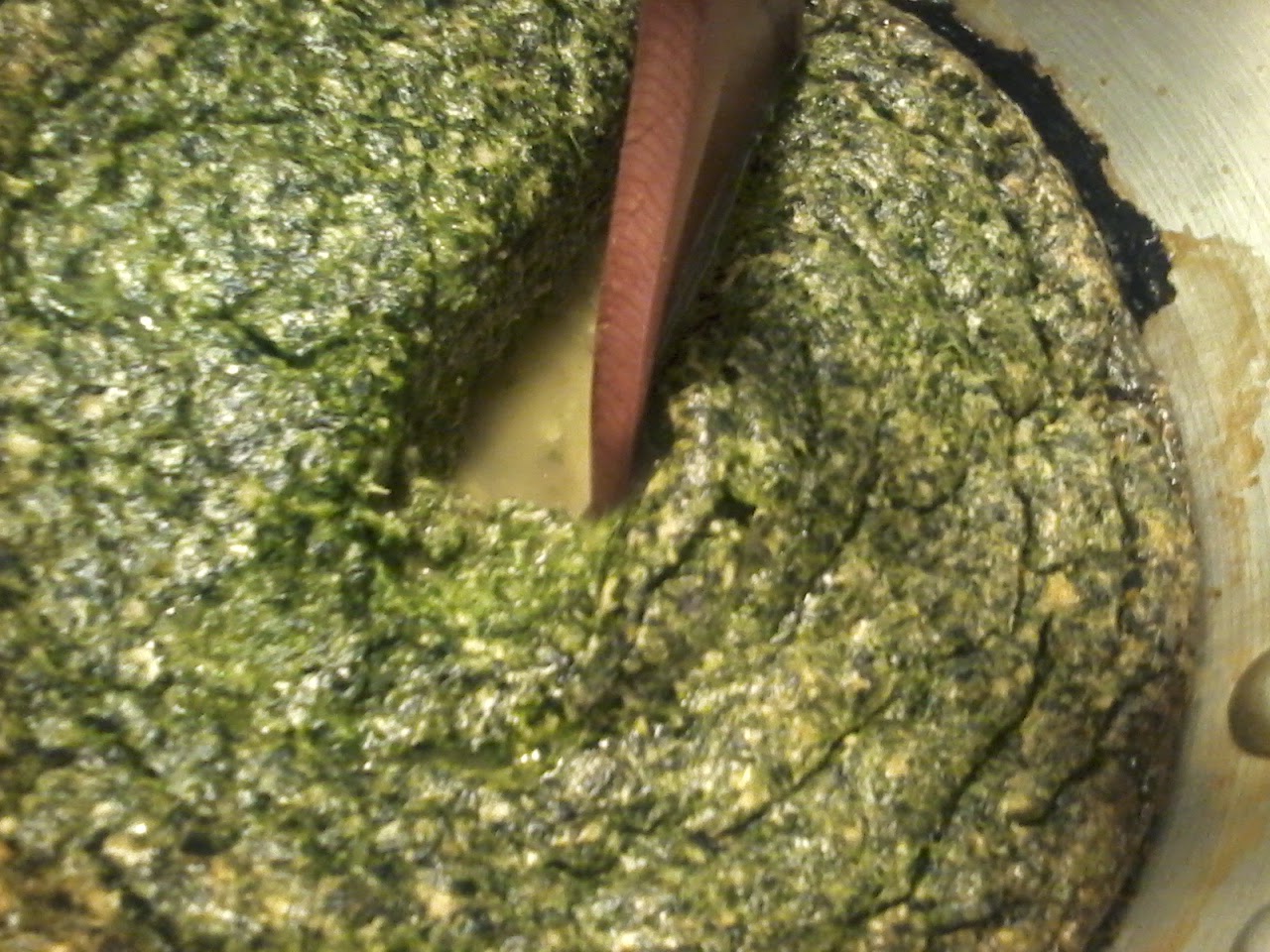 Where'd all the excess water some from? 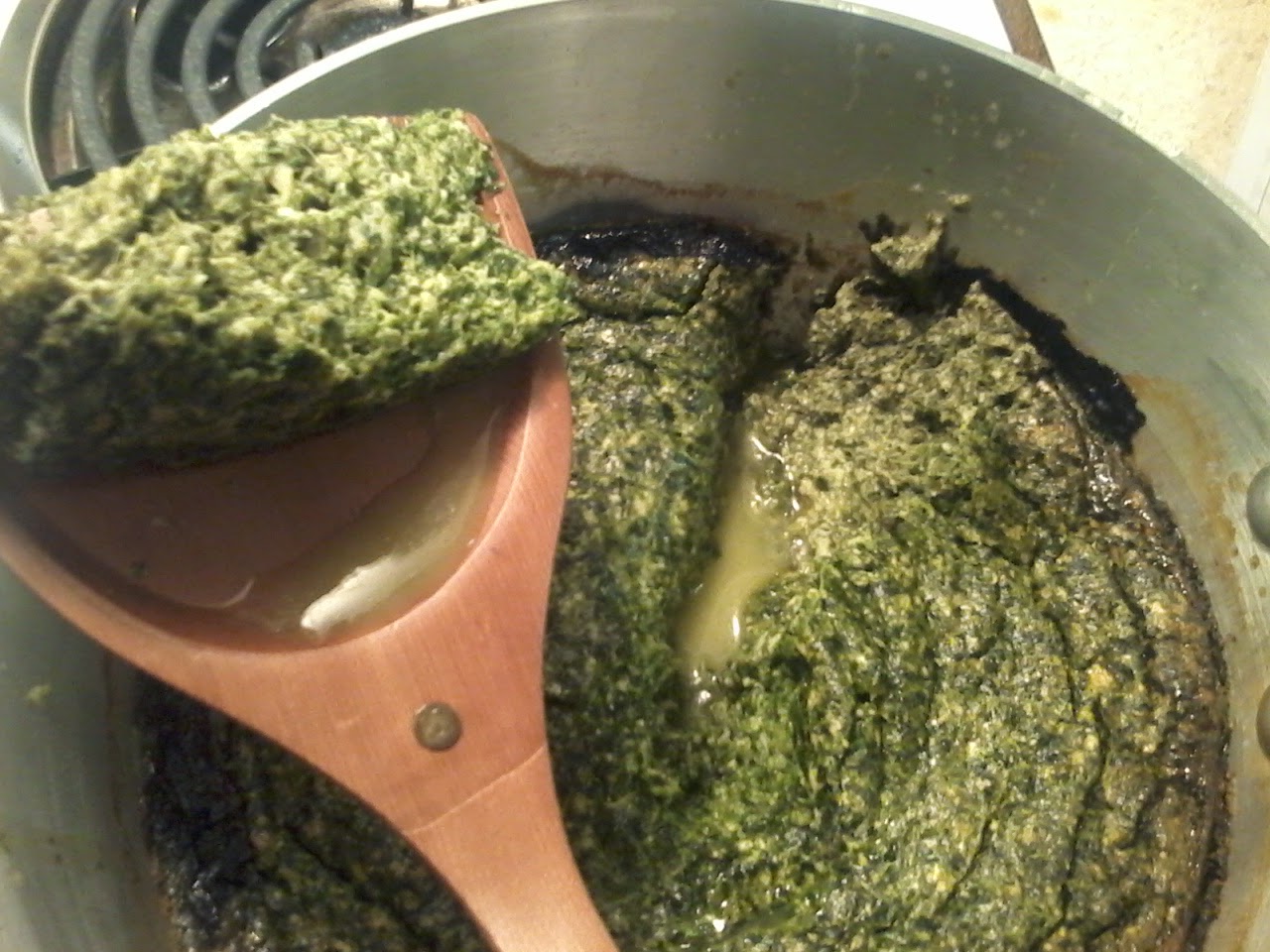 At least it didn't stick to the baking pot. Anyway, we tried it and this sucker was rich. Like, if it'd been in little bite-size crusts, it'd have been really good. Or maybe I just like baby quiches a lot. It started when I was visiting my cousin who pulled out a massive trash bag of them from the freezer, saying "Dad got these leftover from something at work, want some?" Someone took one of those old satellite dishes from when they were some 8 feet across and put it on a pole in their yard instead of a shade umbrella.
Anyway, the flavors went together really well, but after one spoonful you felt like you'd definitely had enough. Fortunately, Marcus had made cucumber sushi (Hiya, Marcus, if you're reading this! Wanna take pictures and write about it next time? Hint hint.) So as Marcus and I were staring at this big pot of quiche thinking of what to do with it since we weren't going to be eating it. Eventually, he tasted it again, and said "You know, it's kind of like the cheese layer in lasagna." So we decided that the next time we both had the night open we'd make lasagna, smearing this over the noodles instead of ricotta. And how did that go? Stay tuned...