Angel Food Cupcakes are Gluten-Free and...

Today on A Book of Cookrye, we are once again venturing into modern food fads: gluten free stuff and cupcakes! It seems cupcakes are the latest trend in cake-making, and because all I could find to bake these in were cupcake pans, we're having a go at cupcake perpetration whether we expected to or not.
I'm doing the gluten free bit because my victim taste-tester has decided he's got the gluten problems. Speaking of taste-testers, today's entry features reaction shots again! Meet Alex, who will today be voluntarily ingesting whatever comes out of today's foray into the world of gluten free comestibles.
Also, since I've moved out, A Book of Cookrye will have a lot more kitchen visits!

My mom got this pamphlet out of a bin for 80¢, and it has fascinated me for years. 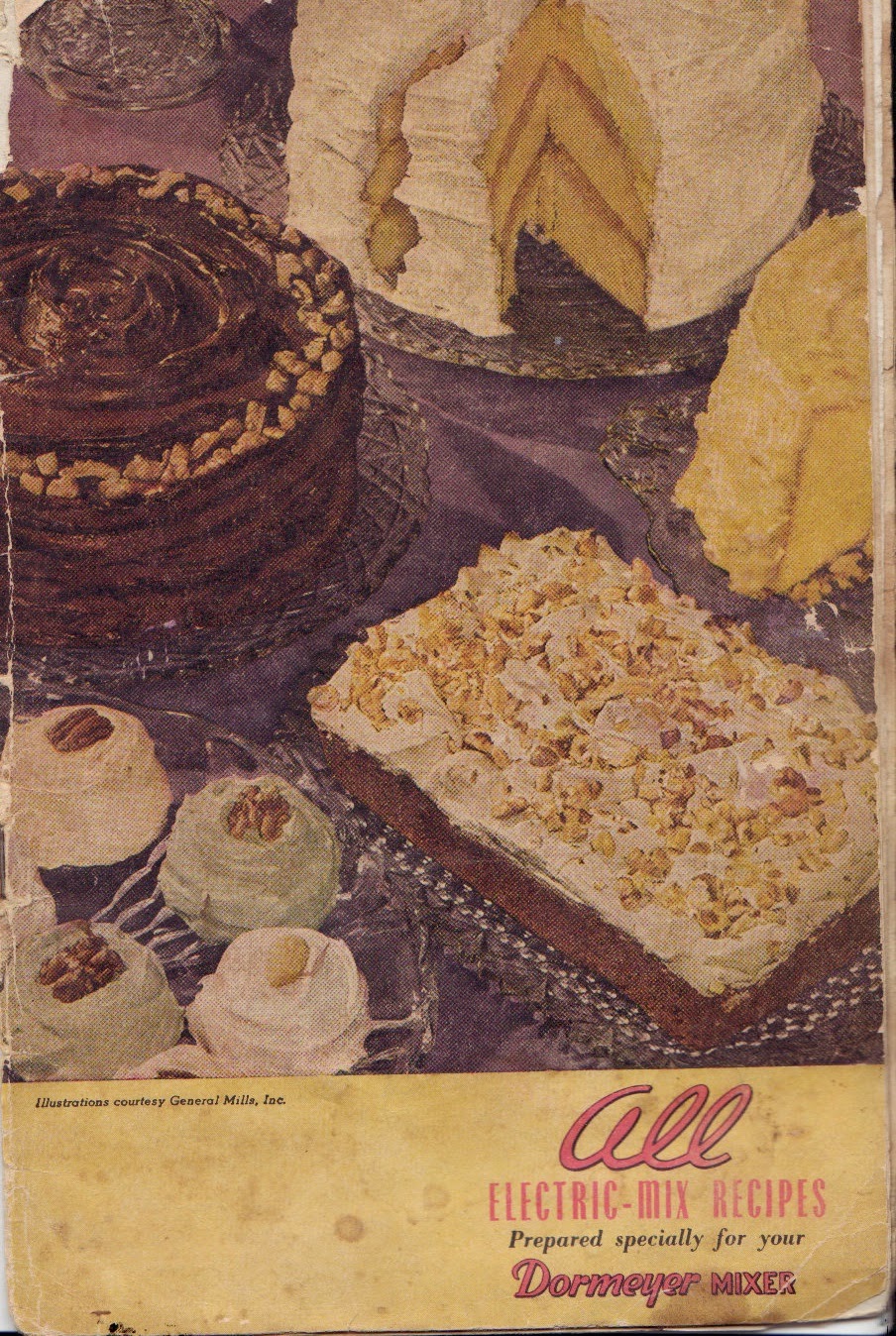 Ostensibly the manual for a mixer, it has about one page of instructions followed by what appears to be every 1940s promotional recipe they could get their hands on. About two thirds of it's cakes. There's lemon meringue cake, date cake, peanut butter cake (which I made every other week for a while in high school), Creole cake, maraschino cake, Lady Baltimore cake, pecan loaf cake, and page after page of white cakes, yellow cakes, spice cakes, and chocolate cakes. There's even a Celebration Cake recipe that ends with "Decorate cake with pink-tinted sugar, if desired, and garland plate with pink roses or other fresh flowers."

I gotta respect how spattered this is; it's a sign that at least a few of these recipes are actually good. There is a lot of evidence that those old corporate cookbooks had awful recipes, and we at A Book of Cookrye have personally experienced that a recipe isn't good just because it's old. However, the fact that nearly every page of this book is heavily spattered and stained suggests that it actually has good recipes. And so, we proceed forward with....
But wait! We've got a gluten-free friend tasting this! We can't use cake flour, Softasilk or otherwise.
I'm very surprised I didn't see rice flour at the supermarket since gluten is the new carbs. There were expensive boxes of flour replacement concoctions which supposedly I can substitute into any of my recipes with no changes at all. But I had to go to the Asian grocery for a plain bag of rice flour that was less than $5 a pound.
Also, if you've ever made angel food cake, you know it starts with cracking over a dozen egg whites perfectly, with not a speck of yolk in any of them.
The funny thing about making angel food cakes is once you've beaten the egg whites into something resembling Styrofoam, every stage of mixing them looks the same.
Once you've gotten the egg whites stiff, there's no really discernible difference as the batter mixes.
You're just trying to carefully add everything else, all the while terrified that the foam will deflate and you'll be left with something utterly pointless.
And yet it's about to run over the bowl, so you kinda want it to go down a little bit. But not really because then it'd go from angel food to... er... food for someone God's mildly peeved at. 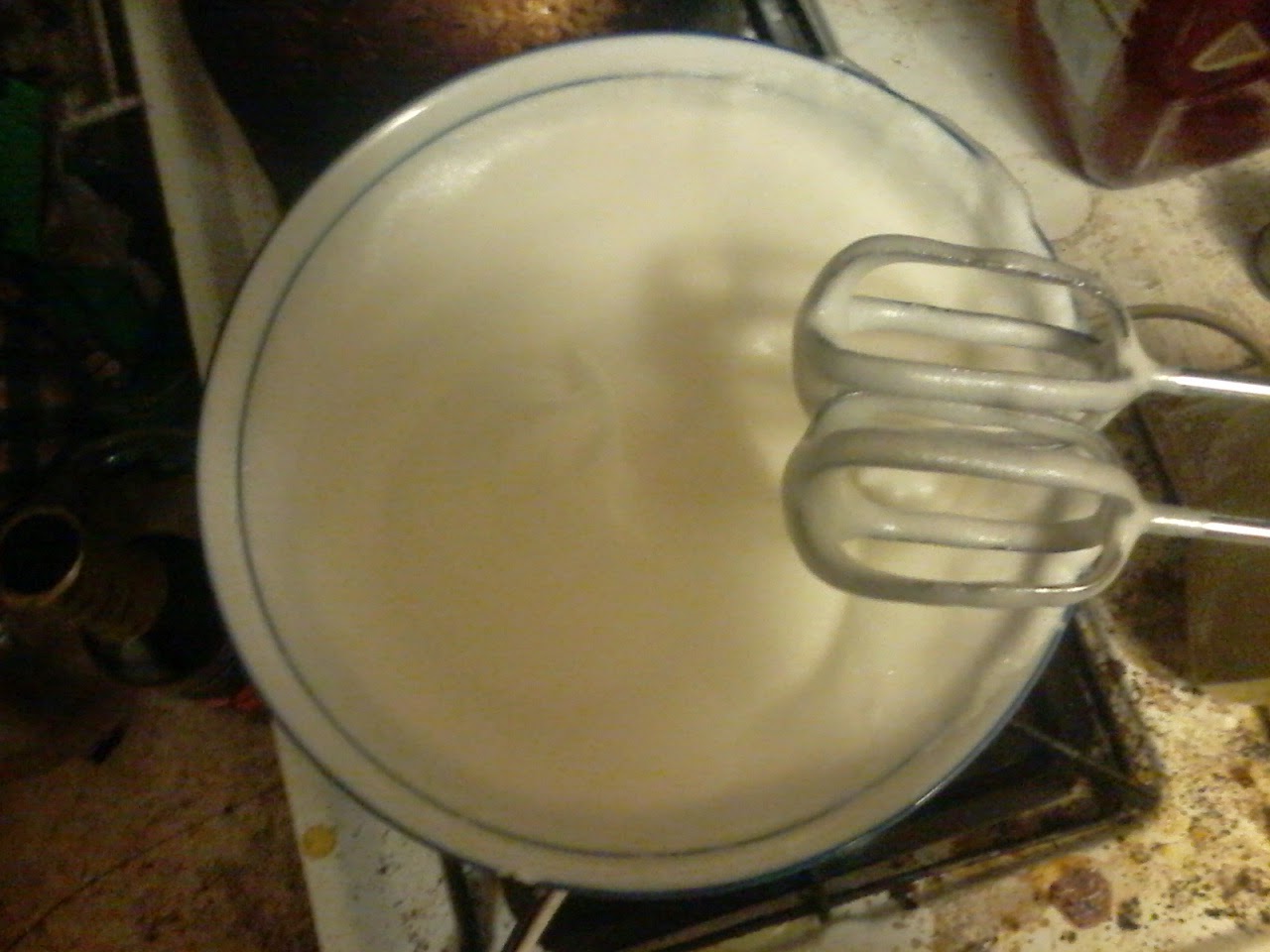 It may get a bit less frothy, but that's all the discernible difference between egg whites and finished batter. Also, the flour's really lumpy. I get the idea that mixing it with the sugar like the recipe said would have prevented that.
For comparison, here it is with just-beaten egg whites and after it's all in. 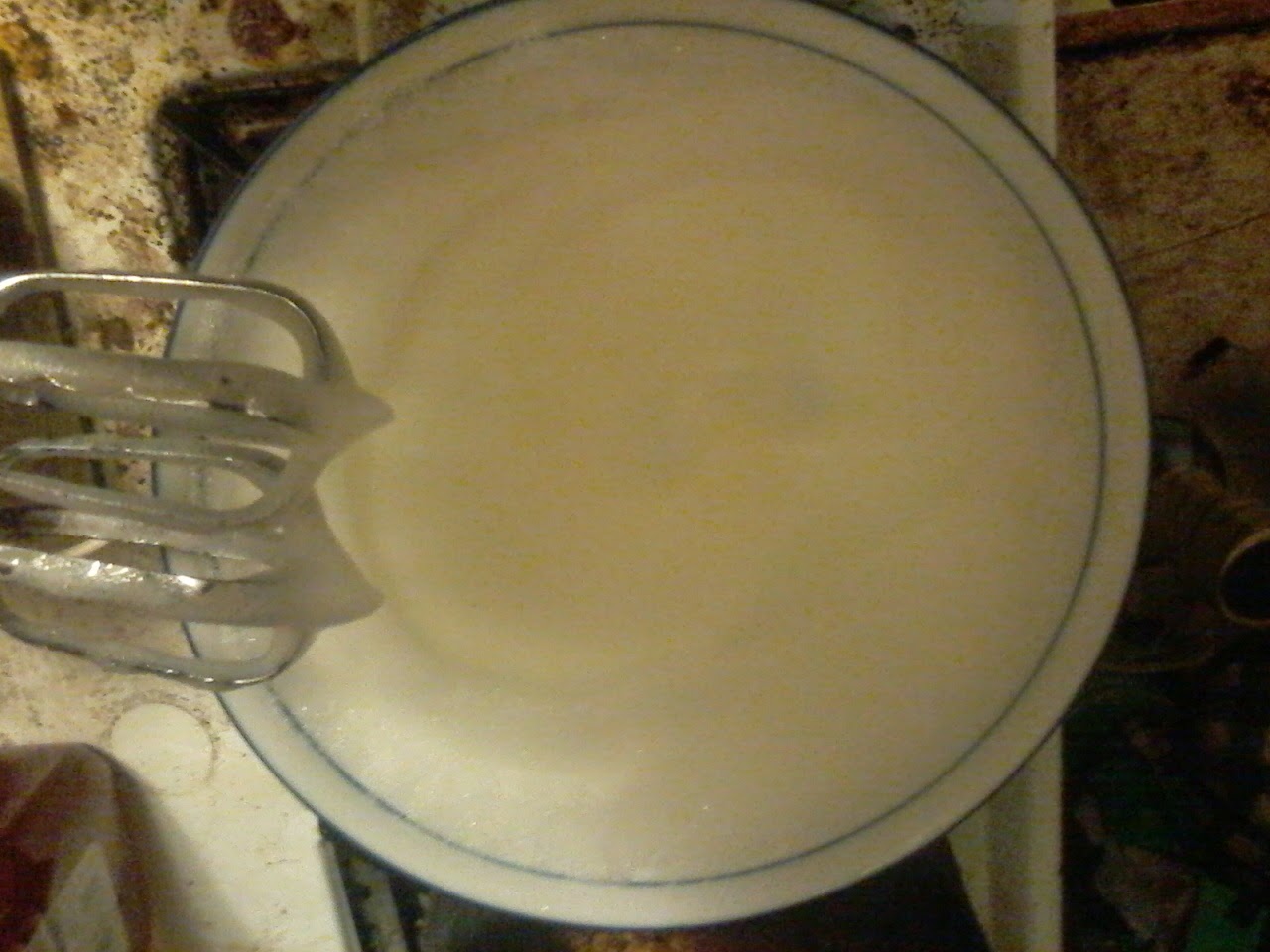 And now, we take this, look for and fail to find a tube pan, and decide we may as well put the cupcake pans to use.
Anyway, did you know that if angel food cake cools off rightside-up it'll fall down on itself? You have to cool it upside down. Since it usually goes in a tube pan, the usual way is to put it on a wine bottle. We used a different way.
Anyway, Alex tried one of them. And here's the result:
Unfortunately, he was having one of the burnt ones. And as he pointed out, angel food cake does not benefit from having a lot of crust.

Then we tried the big pan of not-burnt cupcakes.

So the burnt ones went in the trash. As for the good ones- well, they were very close to angel food made with wheat flour. Like regular angel food cake, they weren't as sweet as regular cakes, but more mild and subtle. I actually really liked mine dunked in tea.
They were very nice and light, yet just firm enough. There was a slight-- not aftertaste, but after-texture that was almost gritty but not quite. But it went away after a second or two.

Unfortunately, after all the tasting and photographing, Alex's sister made it a bit less likely he'll be featured on A Book of Cookrye in the future.

And that's as good a picture as any to end an entry about gluten free cake with!