Coffee Cheesecake, or This Semester's Over!

Mazel tov to us at A Book of Cookrye, for we have survived finals! Today, we shall celebrate by making something absolutely divoon- cheesecake!

I copied this recipe out of the instruction manual for a mixer I got for a friend. Despite having never actually made it, I glued it into my little recipe book. It's bothered me for years that I have a recipe in my personal recipe book that I've never actually made. But cream cheese tends to burn up one's grocery budget. Or at least, it usually does.

However, the other week I had nothing left to make for supper. Like a lot of people who need food tend to do, I went to the store which had unexpectedly closed early. Maybe I shouldn't put off groceries until midnight, but since I sleep all day, there you have it. Anyway, I've heard rumors that grocery stores tend to throw things out well before they're expired because people are just that picky. Being extremely hungry, it seemed like a decent time to personally verify or disprove this. And.... holy snizzbat are they right! Among other things like bagged vegetables and such for supper and frozen breakfast stuff with an expiry date 9 months in the future, there was a lot of cream cheese in there. Hence, cheesecake!

At this point, I realized that I was missing a 9" springform pan. My parents have them, but I don't. Besides, what do you use a springform pan for besides cheesecake? The only other time I've ever used one was when I made a "screw it, I'm home by myself" pizza on the bottom part of one.  It wasn't very good. We at A Book of Cookrye, using what was available, gave our pot a tinfoil hat. 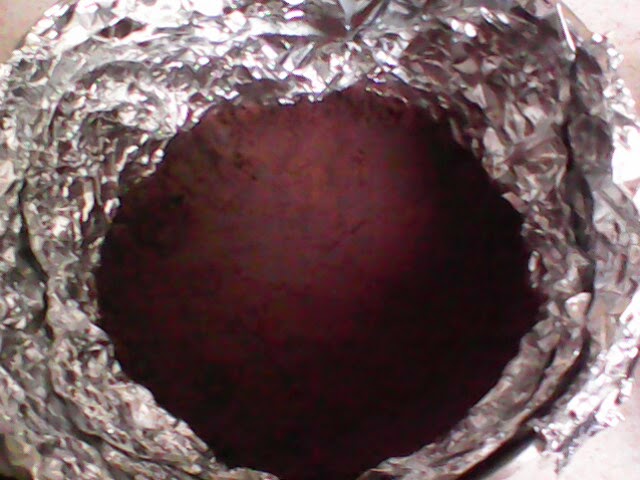 Now, when I first decided to make this, I just thought it sounded tasty. I was too tired to even think about what I was doing. I would like to show you the exact moment I seriously reconsidered what I was perpetrating.


This thing calls for four bricks of cream cheese. That's two pounds of the stuff. Please, look at this again. 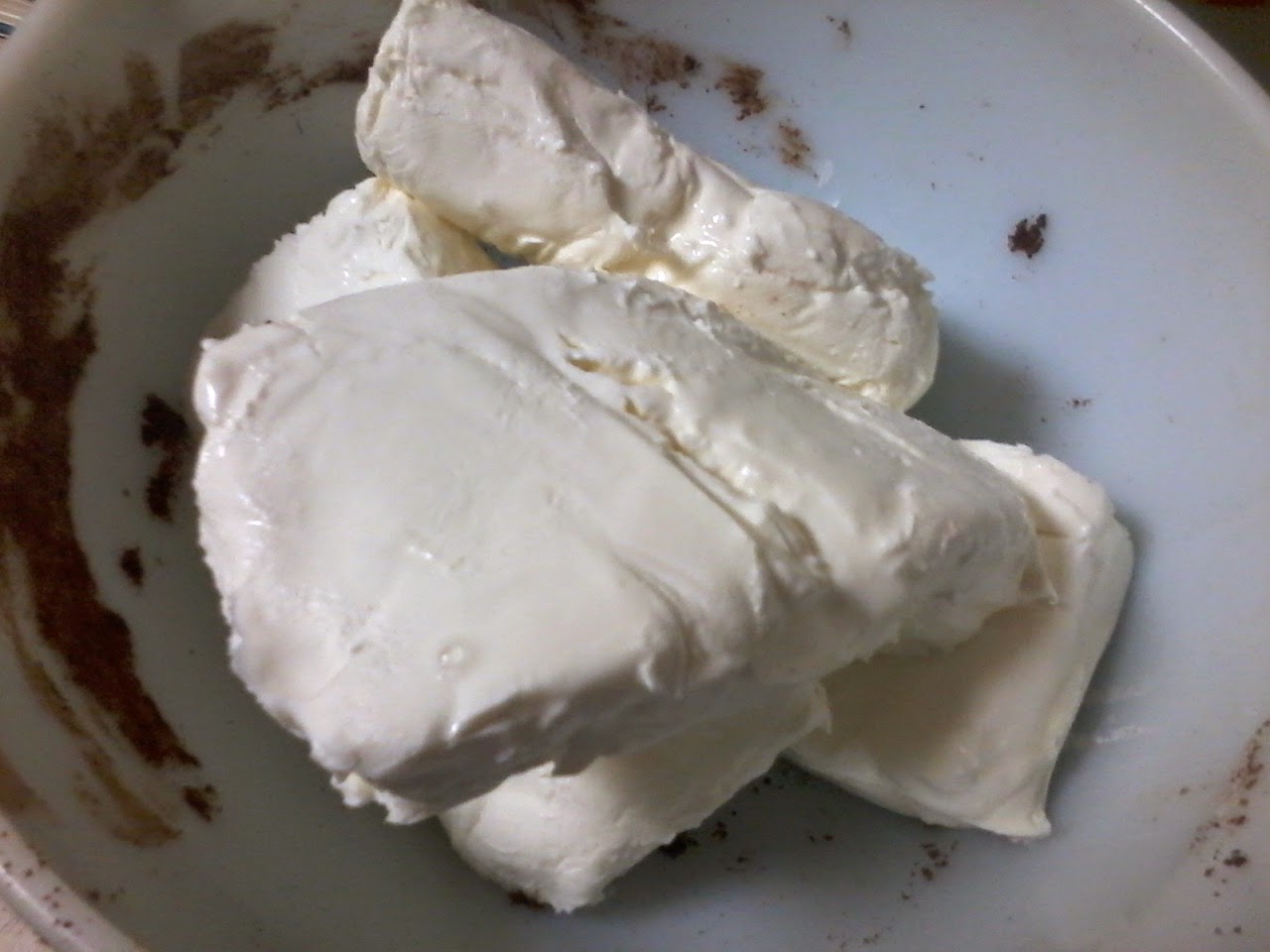 Usually I use that Neufchâtel stuff because it's not straight fat but you can't tell the difference once it's baked. However, since they weren't chucking any out the night I was scavenging, this is all full-fat cream cheese. All nearly-a-kilo of it.

But you know what'll make this all better? Over a pound of sugar!

At this point the original recipe says I'm supposed to mix my instant espresso, by which they clearly meant dollar-store coffee granules (we used double quantity because it's kinda weak), with half-and-half. What the ever-loving... All right, at this point they're just screwing with us. Maybe they hope all the people who bought their mixer will die of heart attacks before the mixers fail and they file complaints. We decided to use milk instead. Then we got a whiff of the milk in the refrigerator and got out the milk powder. 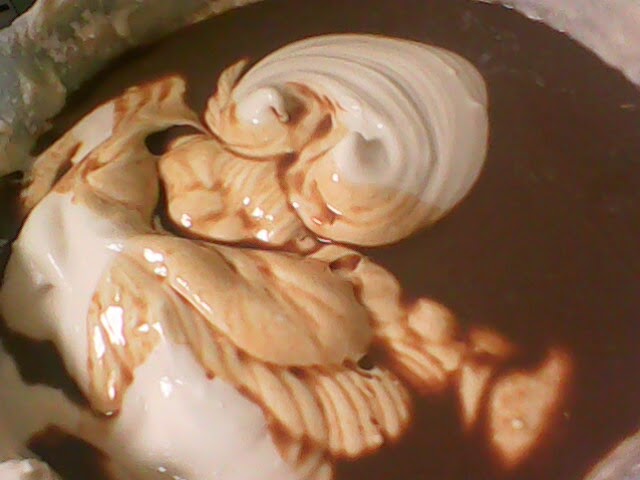 This is the most batter I've ever tried to fit in my mixing bowl for a single cake. I think they might have accidentally doubled the filling ingredients when they typed up the recipe. 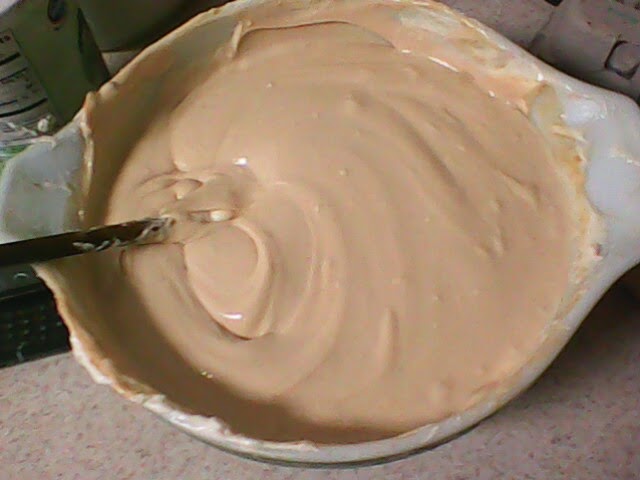 Anyway, we indeed made a lovely cheesecake. It took two people, but we got it lifted out of the pot. It went into the freezer for an hour, at which point patience ran out. My friends and I didn't care that it still hadn't cooled enough to set in the middle, we wanted to try it now. And so, we unpeeled the foil to reveal...

All right, we failed presentation. It looked even worse when we cut it open and the center started barfing cream cheese goo onto the foil. But I would be lying if I said it wasn't absolutely amazing and delicious. The crust was too thin- I'd have doubled it so there'd be lots of chocolaty goodness at the bottom. Nevertheless, I was swarmed with sad people who were also dazed from finals and one person seeking a hangover cure. Everyone left sated and happy. But dear God, either cut the filling in half or double the crust and make it in a 9x13 pan.
Posted by S. S. at 3:57 AM