Merry Christmas from all of us at A Book of Cookrye! To encourage gift-giving, we would like to share what we got our Mom. She really likes nativities, so we gave her one.

My parents also have one of these on the table. I'm not sure why since you can get your nuts shelled in our modern time. 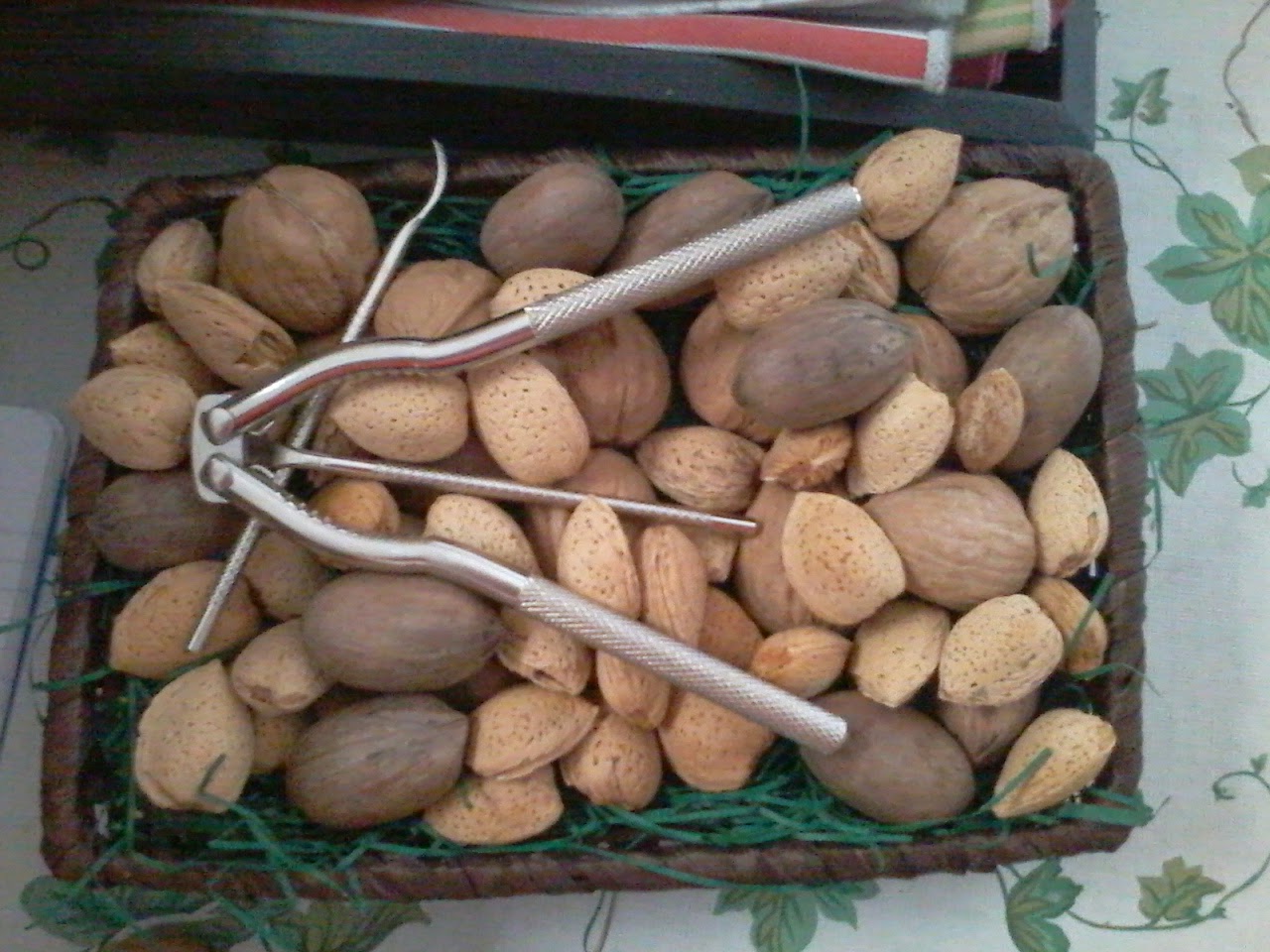 We started to think "What might one do with so many almonds? Sure, there's this recipe which was absolutely delicious, but what is life if you already know if you're getting a happy ending? We wanted to re-attempt this carrot cake instead.


As you can see, we removed one critical word from the recipe this time. Since the carrots were overcooked and tasteless last time, this time we would only cook them once. Also, we were going to use the almonds, but it turns out it takes a lot of them to make up a tablespoon once you've unshelled them. Instead, we dumped in a heck of a lot of almond extract. We also dumped in lemon extract because lemons are tedious to rind and juice.

In the spirit of the original column, we decided to fight the high cost of living when we realized we lacked graham crackers for the crust and raid the box of Ritz crackers that I think were meant for some party tray or another.


We made it as you would a graham cracker crust. However, they salt Ritz crackers a lot more than my store-brand-buying self remembers them doing. The result did not taste good going into the oven to toast a little bit. Fortunately, it turns out no one had to eat it. You see, we have real potholders at my parents'. After having so long used folded newspapers to extract things from the oven, it was a bit too much of an adjustment.

This was probably for the best. We tasted one of the bigger surviving pieces and it tasted unnervingly like microwave popcorn. Do they put diacetyl in Ritz crackers? At any rate, we remade the crust with some significantly less salty saltines. It survived the second time.
Having remembered how thin and sad the crocus carrot cake was last time we made it, we used a smaller pan. Surprisingly, this did look to work to our advantage. Then we realized "They have spare pans around here!" and decided to put a foil-covered pizza pan under it and hope for the best. 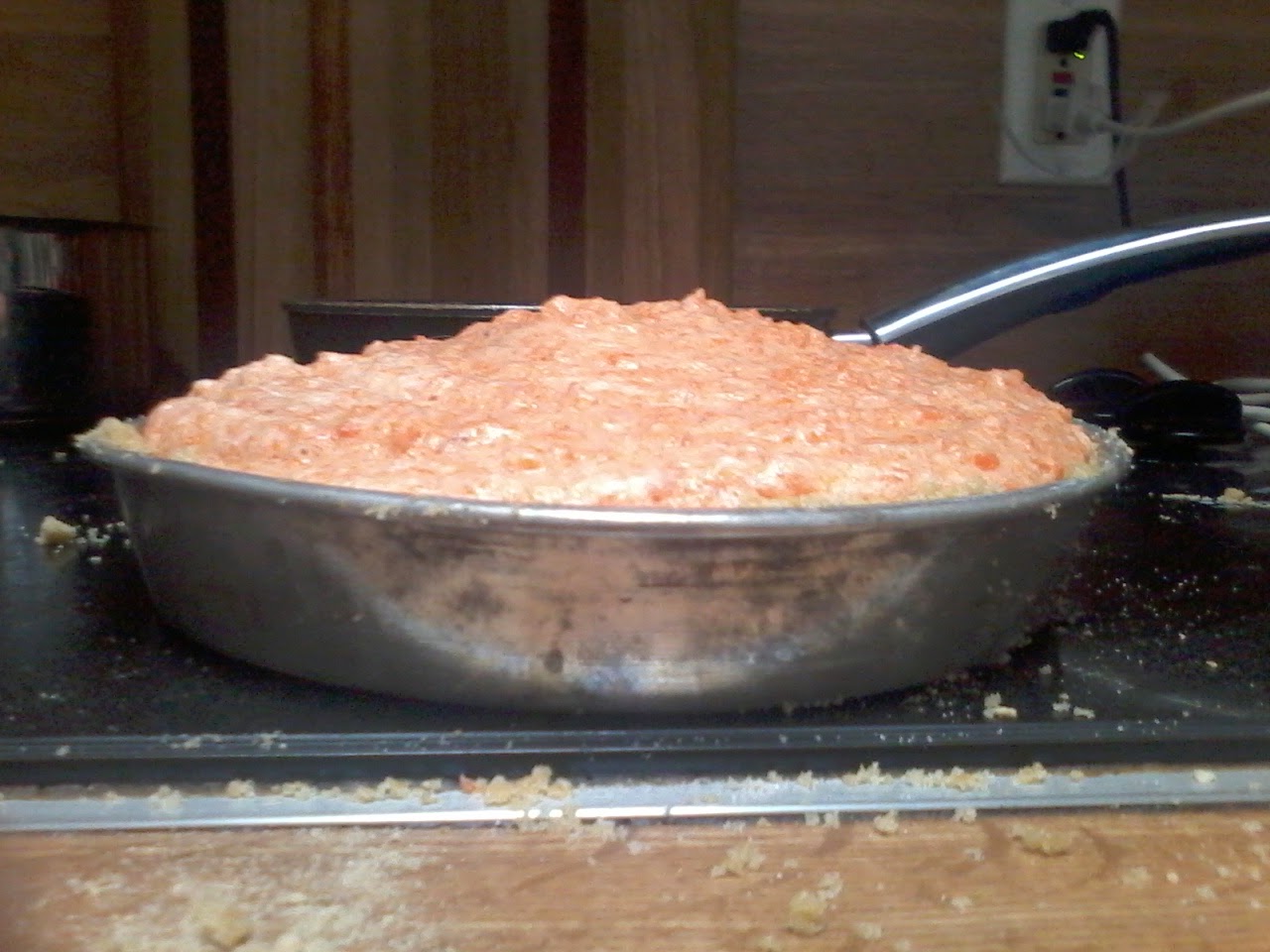 The batter tasted like almond, lemon, and raw carrot shards. That didn't bother us. Having racked up some experience in carrot cake making, we no longer worry when the batter tastes like raw carrot. The crocus carrot cake did not spill over, but if it had I wouldn't have had to do any scouring.

It looked even better sliced. 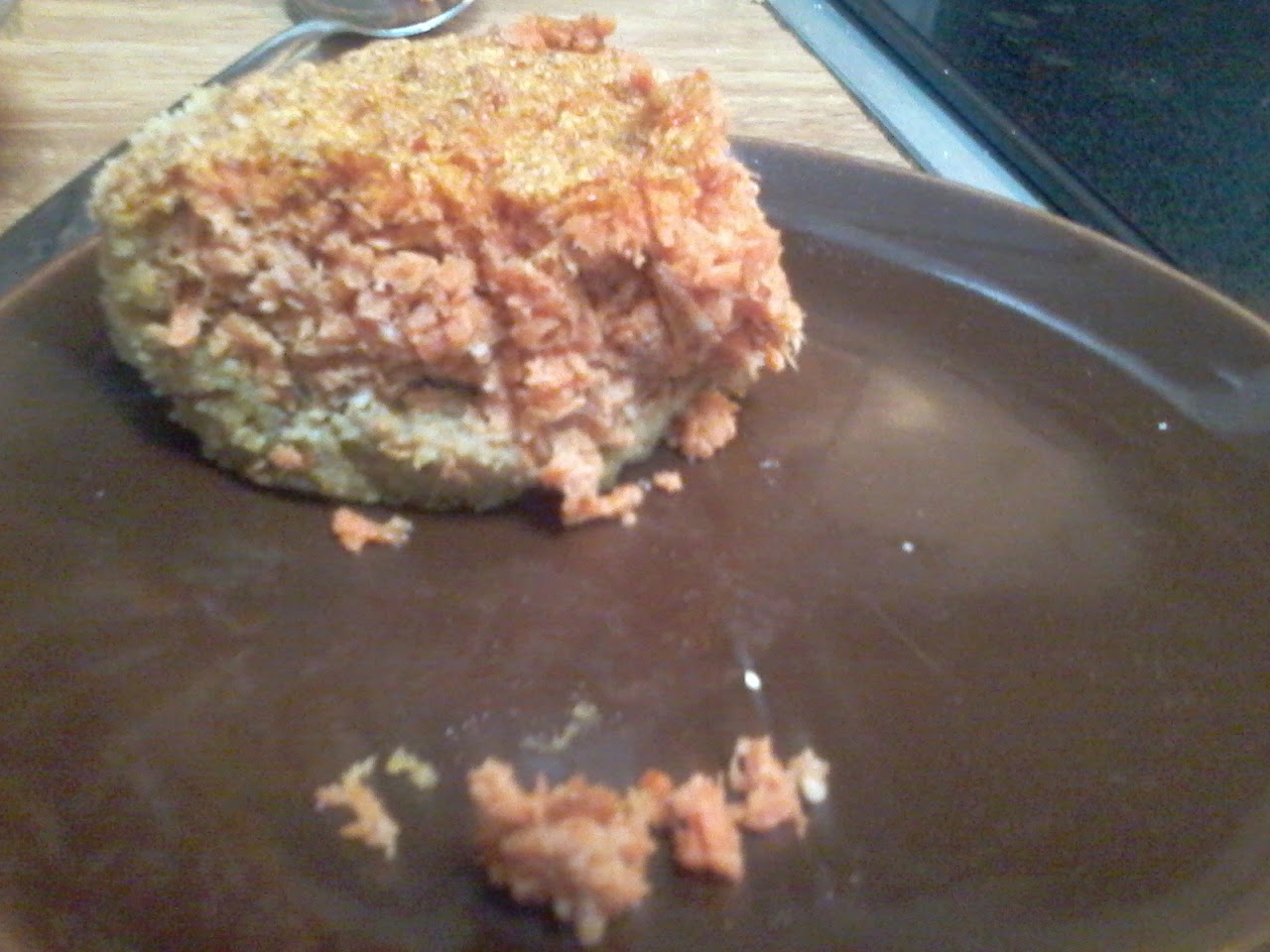 However, despite spending about 50 minutes baking before it was done through, you know what it tasted like? Lemon and almond and raw carrot shards. The first time I make this, the carrots come out overcooked. The second time they come out uncooked despite having nearly an hour to bake. I hereby declare Crocus Carrot Cake a failure of a recipe. Merry Christmas, everybody!