The Oldest Known Recipe for Brownies

Today, we at A Book of Cookrye present... the oldest recipe ever for brownies! I'm not kidding. This is the oldest known brownie recipe, period.

Yep, the earliest brownies ever were in fact blondies. According to this fascinating history (or at least, it's interesting to people into food history) the first recipes for brownies were for blondies, and chocolate brownies waited another 10ish years.

I can't lie, I like blondies as much as I like chocolate brownies, when I read that blondies came first I was most delighted. The ridiculously high amount of molasses in this was the final push: I would make this and have chewy molasses-brownie goodness! 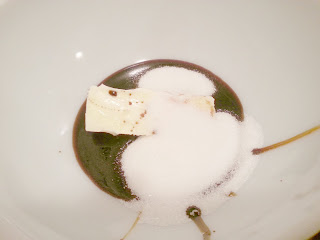 Doesn't that look delicious? Or at least, doesn't it look amazing if you like molasses? That's a huge pond of molasses for the butter and sugar to swim in! 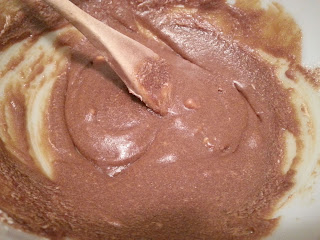 As hard as we flogged this with a wooden spoon, the butter refused to stop floating as lumps in the delicious sludge. And so, a whisk was dragged from a drawer to succeed where the wooden spoon failed. 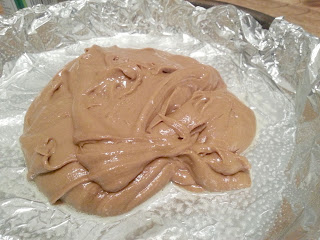 I'm not going to lie, this looked and tasted amazing. It was rich, molasses-like, and despite the absence of spices, spicy. It was also promisingly thick, just like the Betty Feezor brownies we at A Book of Cookrye make so many times. There was uncertainty in the kitchen: should this be baked or should the oven be turned off and a spoon gotten out? 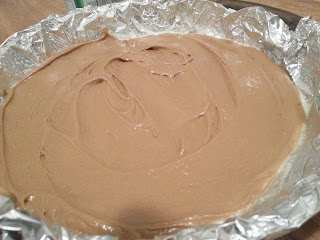 However, baking these yielded something altogether too springy to be called brownies. It was quite a disappointment- we had been hoping for gooey molasses brownies and instead got bread. A thin patty of bread that betrayed the oven's tilt, but bread all the same. 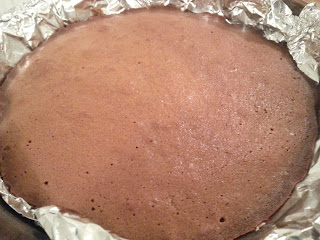 However, the "brownies" turned out to be good molasses bread. Shake a few spices in here, and you would have some delicious and easy gingerbread. We can't begrudge the first ever recorded brownie recipe for failing to actually turn out like brownies- they probably needed some more practice and recipe revising to get the gooey, fudgy wonderfulness that we think of when we make brownies today. However, for gingerbread, this recipe's really good. You might want to use a smaller than 9" pan so they don't end up so thin, though. 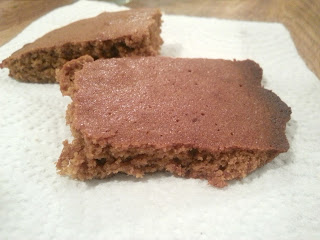