You know what? After making some dreadful (yet addictive) diet cake, it's time to make something absolutely divoon to make up for it! And so, we are going to make... BROWNIES!!! For the third time, we're in Marcus' (who's been featured on this enough to get his own tag) kitchen which means once again we'll be seeing him try this (sort of)!

This recipe comes from the Betty Feezor Show, which was like the forerunner of the Martha Stewart Show with a much nicer host. Going off the clips floating around YouTube, Betty seemed like a really nice everyday lady who happened to be on TV showing crafts, sewing and recipes and not like some rich businesswoman trying to pretend to be a housewife and showing crafts you'd need an army of servants to have time for. Here's an episode!

Despite previous experience, I'm willing to believe a brownie recipe from a Southern lady is sent to us from the gods above. Also, once you've melted the butter, all you do is dump in the rest of the ingredients and stir, so you'd really have to try to mess this one up!


Aside from melting the butter at the start, all you do is dump things in and stir.
Having spent all of 10 minutes mixing these, we have this!
Unfortunately, it doesn't look as tempting when you get it in the pan.


However, that is not what we photographed ourselves trying. For you see, we left a lot of brownie batter in the pot.
Actually, I should go back further. Right after I finished getting the cocoa in, I handed off the whisk to Marcus so he could try some and then put it in the sink. 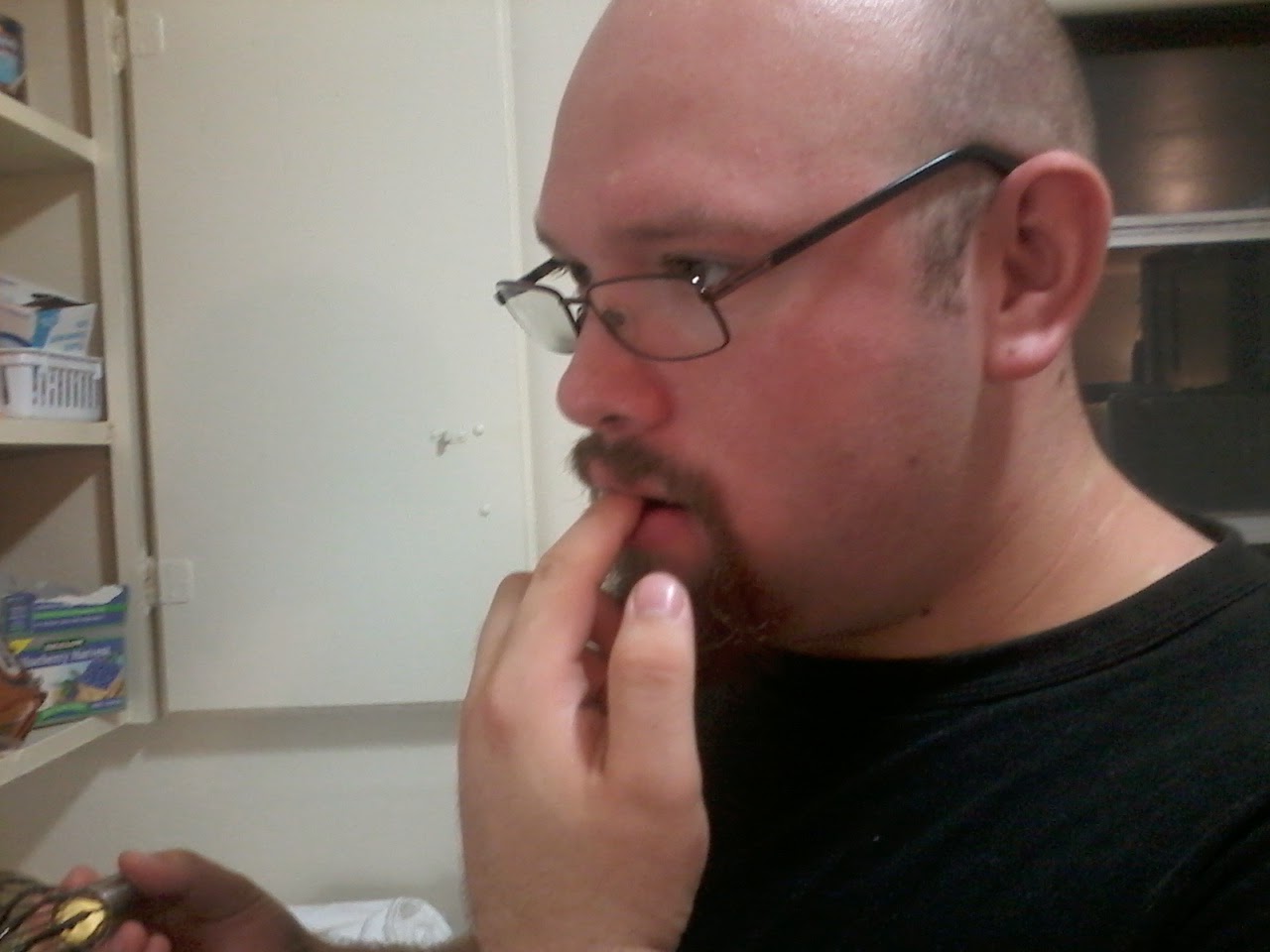 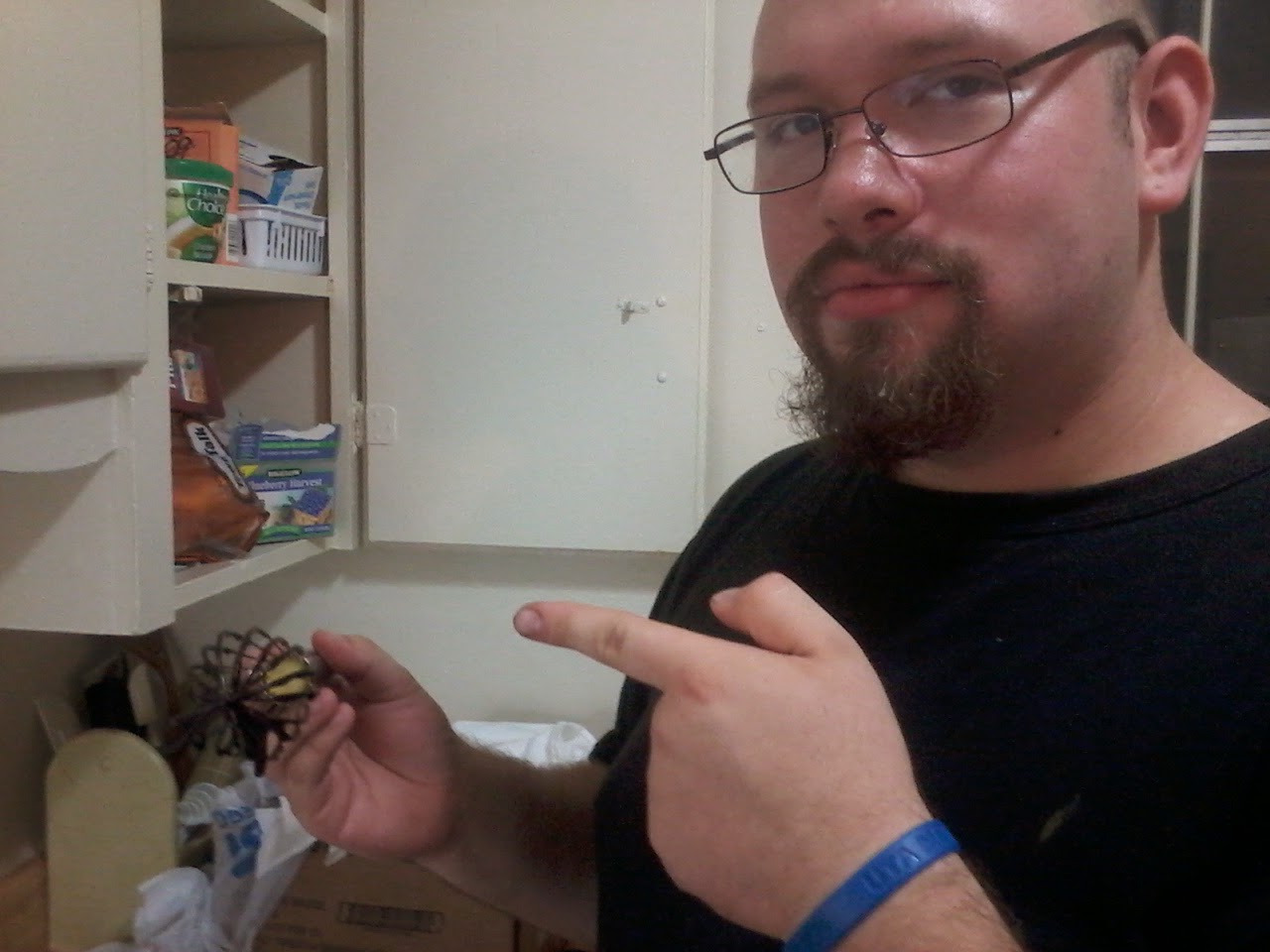 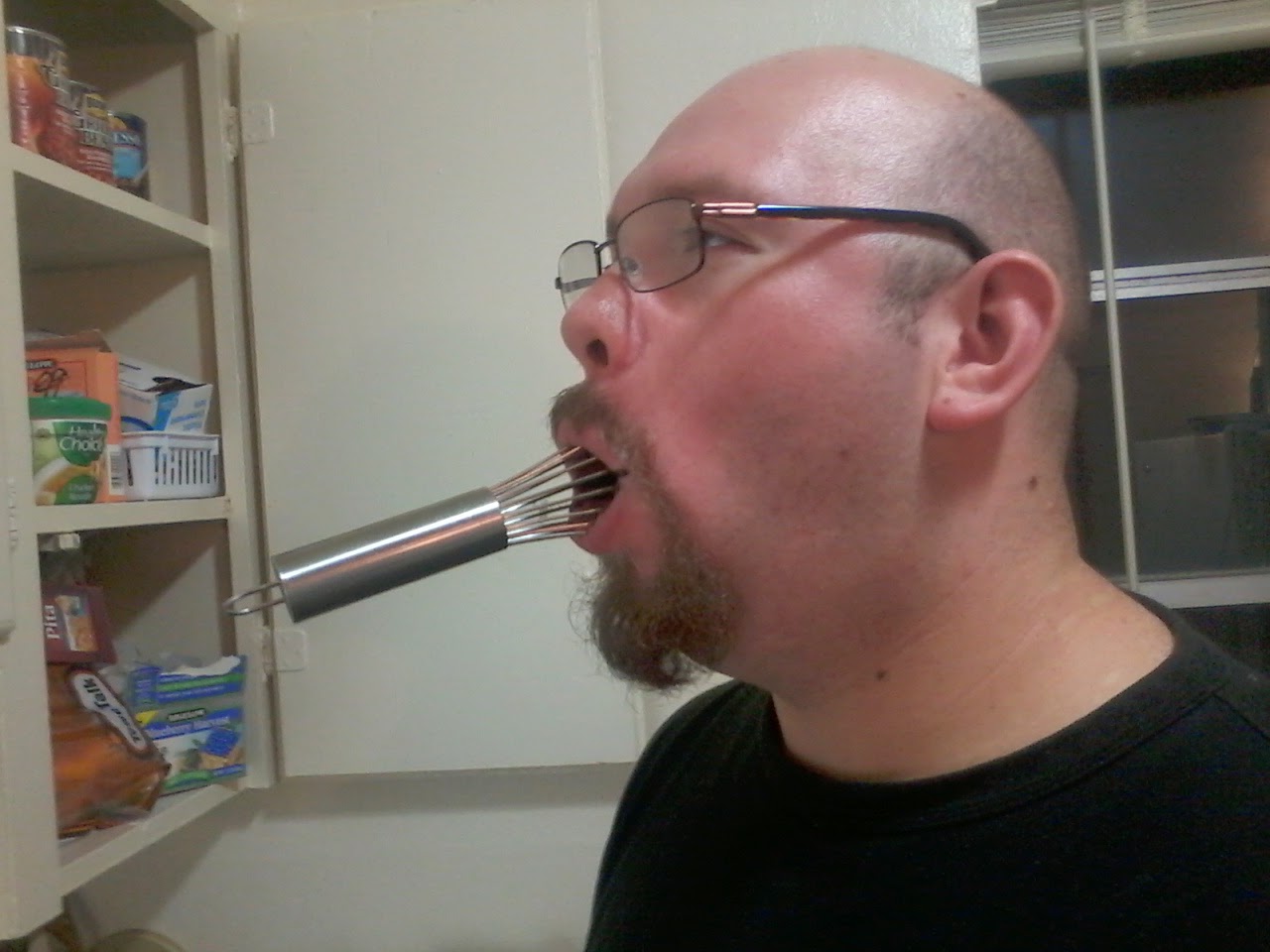