Paying for Electrical Repairs with Fudge from the Bible

Today is a day for fudge! 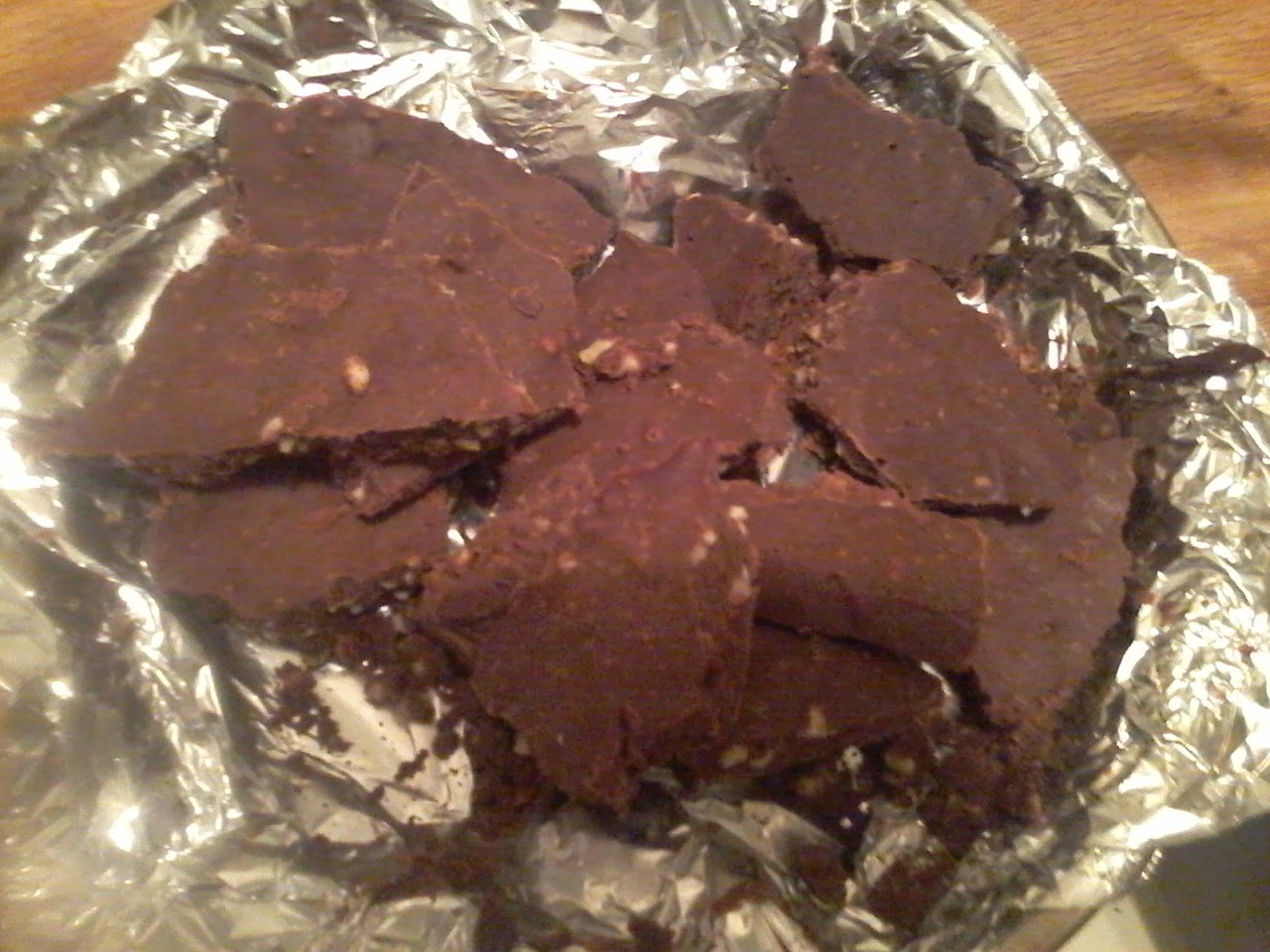 By day I mean I started making this at 1AM. But I find making things in the middle of the night adds a special... something or other to them. This recipe comes from the Bible! Behold! 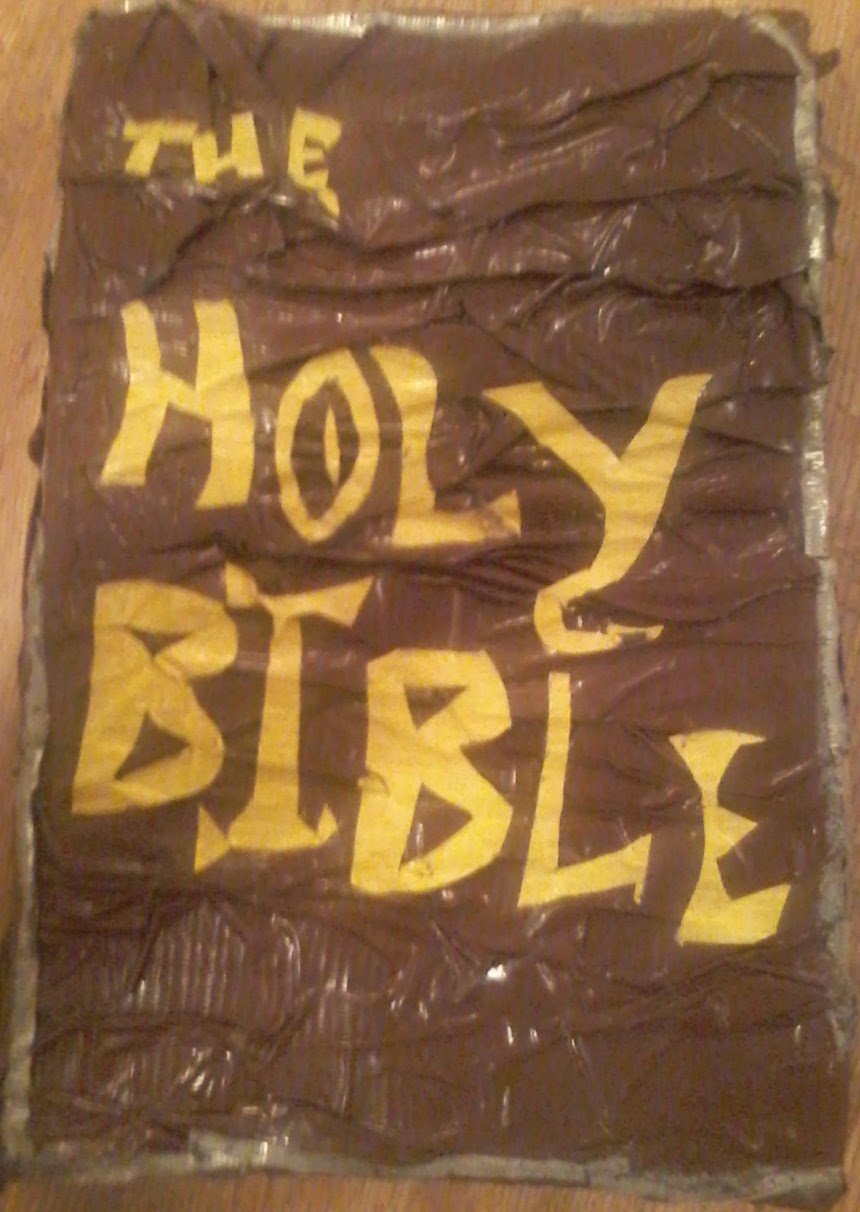 You're looking at a copy of Maida Heatter's Book of Great Chocolate Desserts in a duct tape cover a friend of mine made for me. I call it the Bible because whenever I follow the instructions therein, I feel inner joy and delight- and because what else would you call a book of all chocolate recipes? And there are a lot of instructions; the fudge recipe goes on for three pages of very small type.


And now, with two splats of ingredients into a saucepan, here goes! 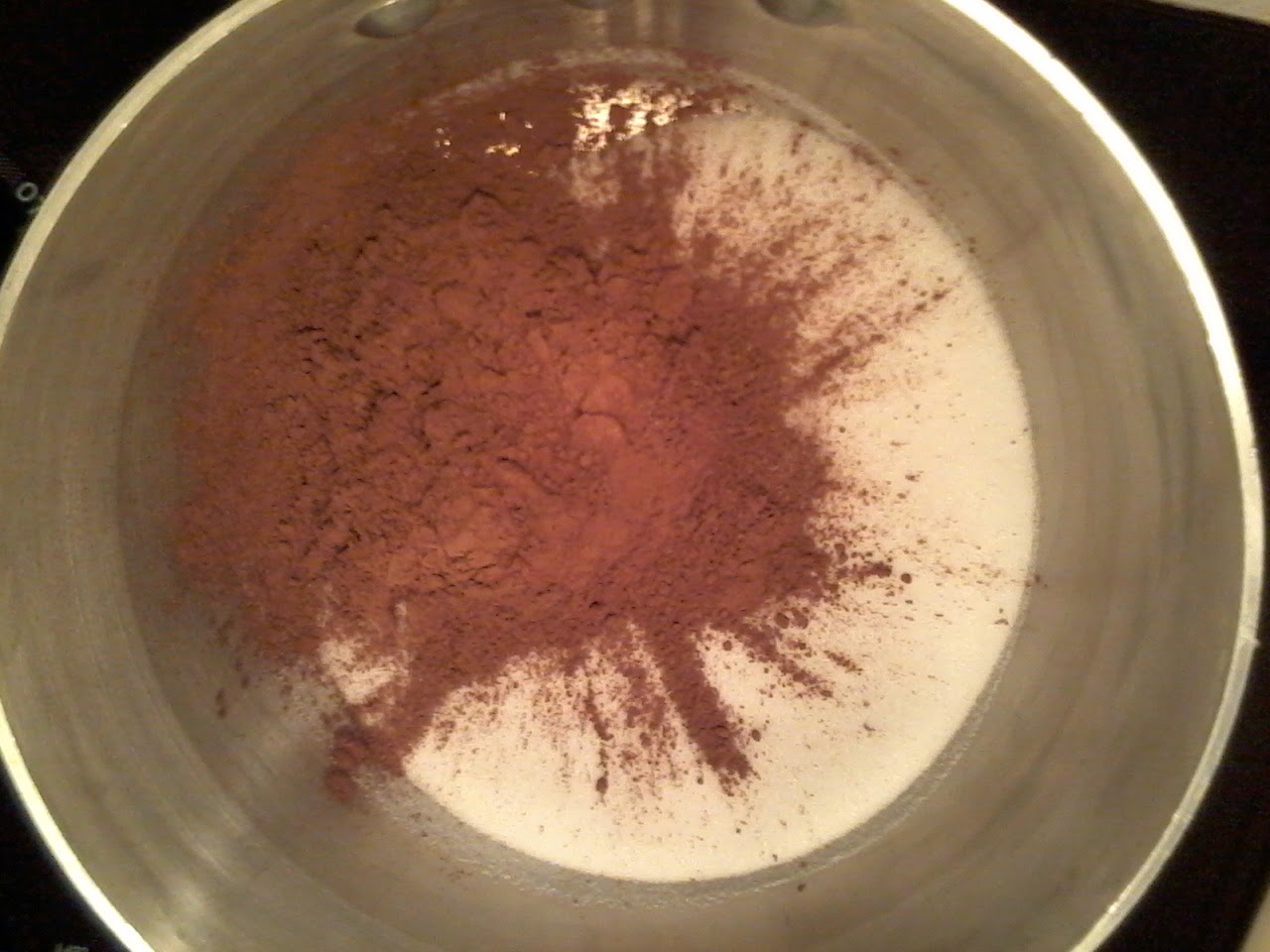 I'm actually not making this for myself. I got a sewing machine really cheap and it needed some repairs. When I called my friend who repairs electronics, I asked if he would be so good and if so how shall I compensate. We agreed on fudge.
This is the first time I've made fudge that's not from the recipe on the marshmallow cream jar. My mother really likes that one because her grandmother made it a lot. When I was in high school, I altered the recipe into an extravagant 4-layered mint-chocolate fudge.
I made it a lot in high school for class parties, and when my grades tanked due to me being a very indifferent scholar, I made a batch and gave some away to every teacher whose class I was failing.
By the beginning of my junior year, it was accepted that I would be doing a lot of baking and candymaking every time grades were due. This led to my first entrepreneurial venture: a lot of other people were having grade problems too. I made a respectable profit selling homemade things to other students who needed to use bribe their way around not doing all the busywork.


By my senior year, I had a really good business going. The Monday before grades were due, I'd take orders. I'd have everything ready to deliver to grade-stricken students by Wednesday. It had to be the Wednesday before grades were due, because any earlier and the effect might have worn off and any later and the teachers would have finalized their grades and there would be no point.
It was actually my theater teacher who pointed out the Wednesday-before thing. She would also do things like let us know when a teacher's birthday was coming up so we could get brownie points. She called it real-life lessons.
I think a lot of the teachers were kind of amused at this. The requests (a lot of my clients openly asked their teachers what an acceptable gift would be) got oddly specific toward the end- my favorite being a math teacher who wanted a heart-shaped 2 layer cake, bottom layer chocolate, top layer strawberry. Another time, I had 5 or 6 orders for chocolate fudge with a layer of white chocolate in the middle.
I remember conflicting reactions from my parents at the time- on the one hand, having failed to get an actual job, I was sort of self-employed, had an entrepreneurial spirit, etc. On the other hand, er, bribery.
But then I graduated high school and with growing terror realized that I couldn't pass college classes with brownies and pumpkin spice bread. My grades have gone steadily downward ever since.
While I haven't been able to bake my way to an A for some time, I am still too broke to pay cash for a lot of things. I've done a lot of cooking for favors- from getting friends to pose for photography assignments to getting a ride to somewhere I couldn't drive to.
Which brings us to tonight's fudge, which I am using to pay for getting a new cord on a serger. I'd gotten it for nearly nothing, and figured even if it didn't work, it wouldn't be much of a loss. I tell you, it felt so glorious to throw the switch and hear the motor start up. And somehow, despite sitting in the garage for over a year, the motor is in good enough order that it took over a minute to spin down after I turned it off. I thought the switch was broken and it was still in fact turning.
And here is the finished fudge!
The recipe said the fudge would soon dry out, but I didn't think it'd be within minutes. It was still warm! Check out a cross-section about 15 minutes after I'd poured it out. There's even air bubbles. 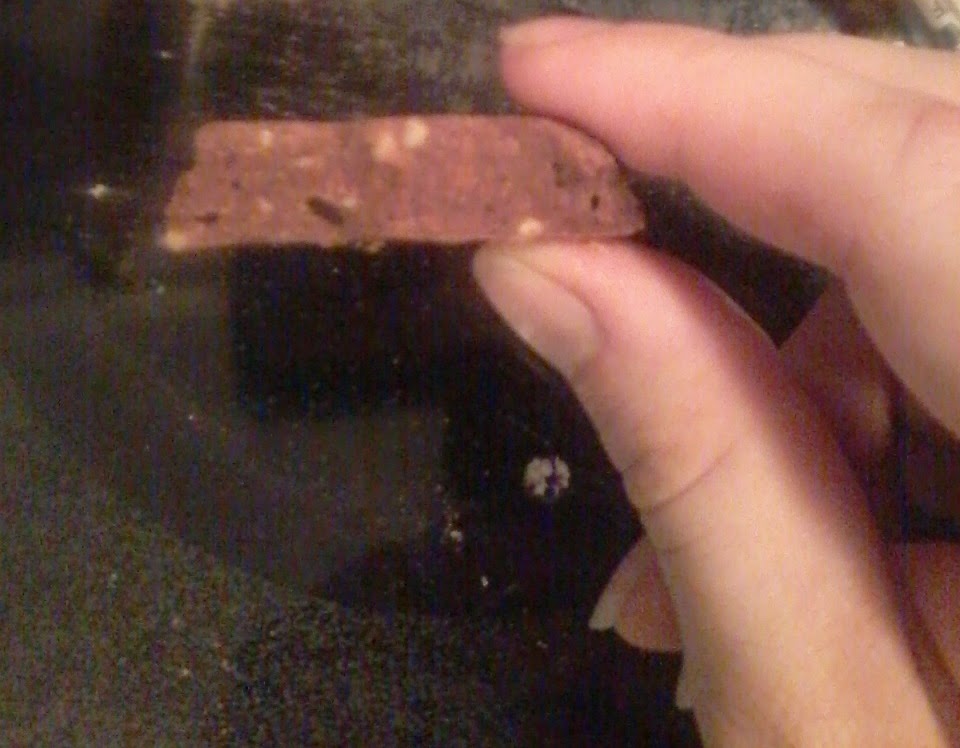 And here I'd been anxiously watching it set, thinking I'd not cooked it enough and that I'd have to put it back on the stove. Then it suddenly went from shiny to really dull and hard. It was brittle enough that when I broke it up, there were a lot of crumbs in the pan.
You know what? This makes me think of a photograph we saw in the History of Photography class: Homage to the Cross-Star Filter by Les Krims. Now there's a conceptual photographer if ever there was one- who also spends his artist statements ranting about lefties. He once photographed his mother making chicken soup topless and spent the introduction saying the images represent the fallacies of liberals. If you've got the same sense of humor as I do, I highly suggest looking up his work.
Anyway, so my friend came over and fixed the electrical parts of my sewing machine in return for...
Since the fudge was two days old by then and had started to dry out right away, I asked how it was and had it gone completely hard and dry. Answer: "No, this is good. This is really good."