Of all the things I'd never have thought I'd end up inadvertently doing a series of, we present another venture into the finely grated world of carrot cakes. As I often do when I have no idea what to do, I turned to my Bible. Despite having a massive chapter on cakes subdivided into lengthy chapters of cheesecakes, layer cakes, loaf cakes, and flourless cakes, it has only one carrot cake. It almost makes one think there's just not that much demand for carrot cakes.

But first, here's the icing recipe I used which I totally think you should try because it's delicious. I got it from a friend in high school.


Little did I know how many dishes were going to be involved in making this. If you don't like handwashing dishes, have no one else to hand the job to, and don't have a dishwasher, you're not going to like the experience. You know what? Let's count the bowls, each of which I really wanted to spit-polish at some point while making this. 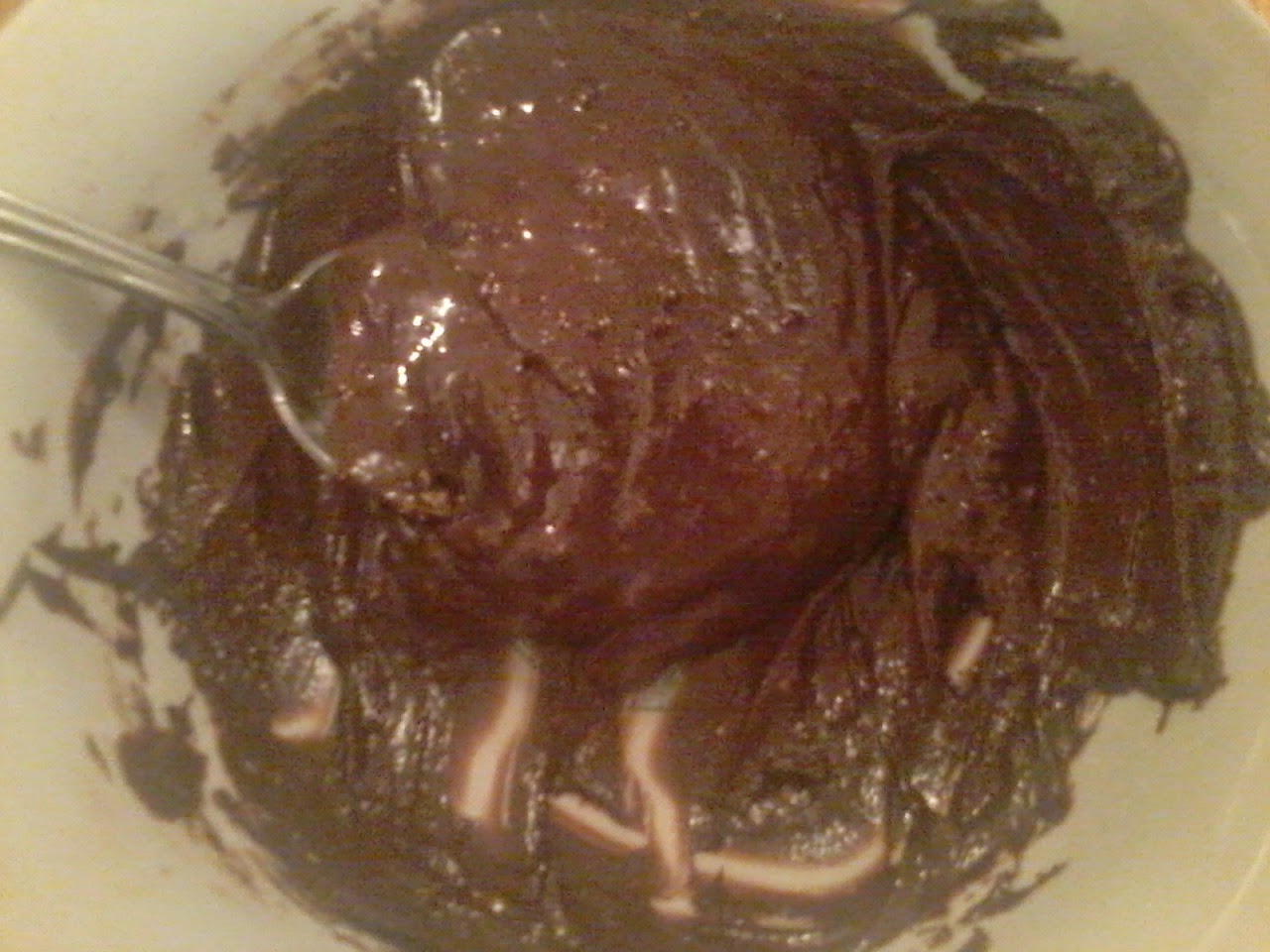 Sometimes I'm surprised I cook anything with chocolate in it. Every time I melt it I really want to just get a spoon and eat it all.

BOWL #2: Beating egg yolks and sugar like I believed they'd turn into whipped cream.
BOWLS #3 and 4: Cracking and beating the egg whites. I used to just crack them all into one big bowl, but given my rotten luck, the last one has a broken yolk and I can't get all of it out. So now I crack each one into a little bowl and then once it's safely yolk-free let it join the others.
BOWL #5: Putting everything from bowls #1-4 together.
At this point, I was having conflicting feelings about how many bowls I'd dragged out and how much tasty things were waiting to be licked off. I don't think I've fully explained how much I really like cake batter and cookie dough. When we were little, my dad's work transferred him to Taiwan for about a year. Among other things, our eggs were so fresh Mom had to rinse off the chicken poop before cracking them. Nevertheless, there are multiple pictures of a preschool-aged me in a high chair with a spatula in one hand and the absolutely stupidest 4-year-old grin on my face.
Given that my love of cake batter makes no exceptions for things like this, so one bowl lined with chocolate cream, another lined with meringue, and a third with straight chocolate just sitting there were... well, I could feel them staring at me.
The recipe calls for a 9" springform. While I made a lot of cheesecakes when I was bribing my way out of lousy high school grades, I don't have one of those lying around these days. I thought I'd try using my cousin's ever reliable pan (it is the same size after all) and somehow got the idea it might not work.
I then had to face the sink and a half of dishes this cake had generated. Also, because even I got confused over which bowl was which, I labeled them. I left out the too-small cake pans just to show how even if you don't mess up, this recipe is designed for people with a dishwasher, servants, or a real love of scrubbing. And for those who don't have this many bowls lurking under the counter, look how much you get to stop midway to wash something!
At least the cake looked really nice in the square pan that ended up holding it. And the baking time was long enough to wash everything.
The chocolate icing that came with it involved a similar amount of excessive effort and a double boiler. I put cinnamon icing on top instead.
It was really good, and so moist it was halfway to brownies. Everyone who tried it liked it.
However, I wouldn't serve this to people expecting chocolate cake. It's got a lot of other flavors in it as well.
I brought it to work. I think one person's comments sum it up the best:
"It's really good. The flavor kind of hits you in the face. It's like, it wants to be chocolate but there's something else in there, isn't there?"

Also, I cannot cut a cake in straight lines.

And so, in conclusion, if you have a working dishwasher, I'd totally recommend trying this.