You can't make Turkish Paste without hitting a bar or two

Y'know what? It's Friday! Time to bust out the recipes that involve alcohol!
Today, we're cracking open the Woman's Club of Fort Worth Cook Book again! The recipes I've found handwritten in it have been pretty good, so let's see what happens when we try one that's printed! 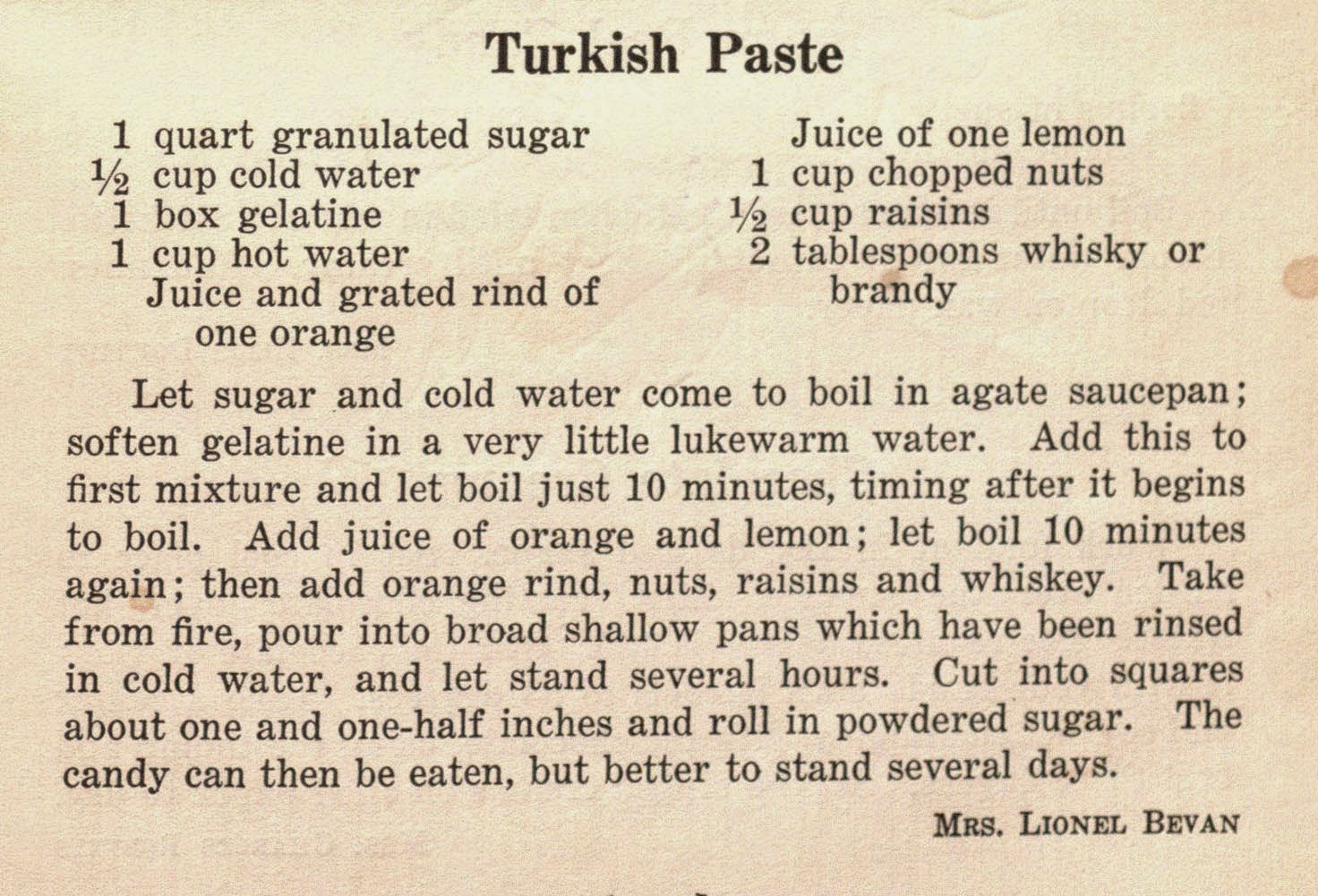 Since we were omitting nuts (I don't like them) and raisins (Marcus doesn't like them), the only thing we lacked was whiskey.
Marcus doesn't like the taste of alcohol and I'm not known to carry a bottle around with me either. Therefore, a purchase had to be made. We first thought about getting one of those mini bottles from the liquor store, but decided that since we only needed a couple of spoons, it'd be cheaper to get a shot somewhere. Tragically, although it's very amusing to say "A shot of whiskey to go!", you can't get one.
We nearly succeeded first bar until someone opened his mouth and said "But what if we bring our own cup and---"
"Nope, sorry, now that you've said it, I can't."
So we went to the bar up the street. We're in suburbia, so there's lots of places for people want to get drunk. Despite just getting well whiskey, it ran higher than I'd thought. Next time I'm planning ahead and getting cooking supplies during happy hour.

The rest of the recipe was really straightforward. A box of gelatin in water looks like really low-quality canned chicken soup, and a quart of sugar looks like diabetes.

Given how boring standing over a pot with a wooden spoon is, here's the movie movie we had going instead.
And now, this is the grand moment when barhopping pays off and we add the whiskey! Also, the orange and lime (we didn't have lemons) juice and peel.
I was surprised it didn't start boiling on contact since- you know, alcohol in scalding liquid. Then it got angry all at once as soon as I stirred it. 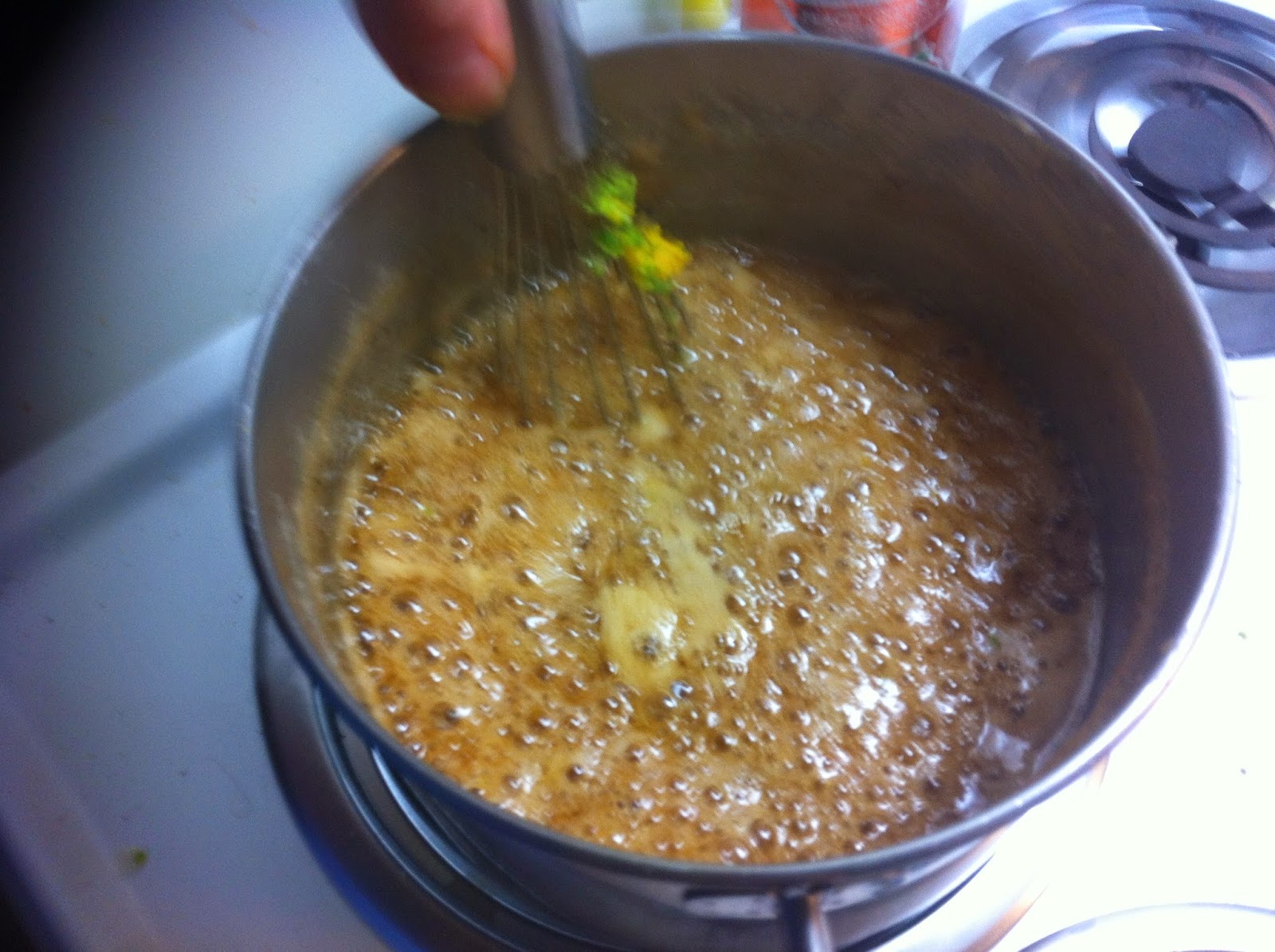 After we poured it out, I got the idea the stove was too hot.
Anyway, Mrs.Bevan says it'll need to sit a few days, so into the refrigerator it went. Two days later, it looked like this.
It's really tempting to blame this on the alcohol, but we were both sober the whole time. Whatever we did that left cinders in the pot and Turkish glop in the pan, we did it deliberately.
There was only one solution to this sad attempt at candymaking:

And now, for your viewing pleasure, here we are trying it right out of the pot, still ignorant that the candy will never set. 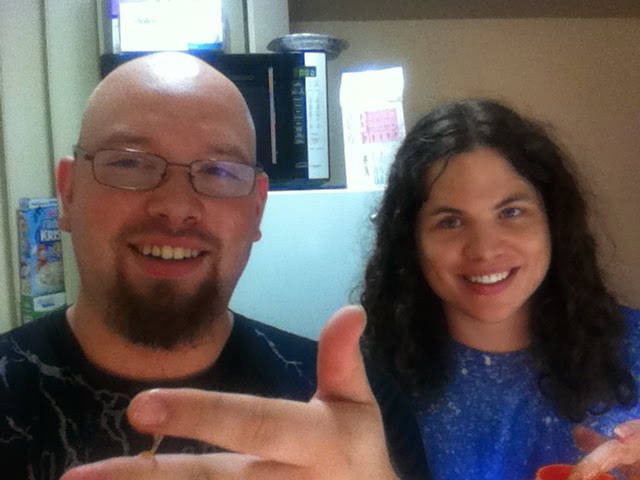 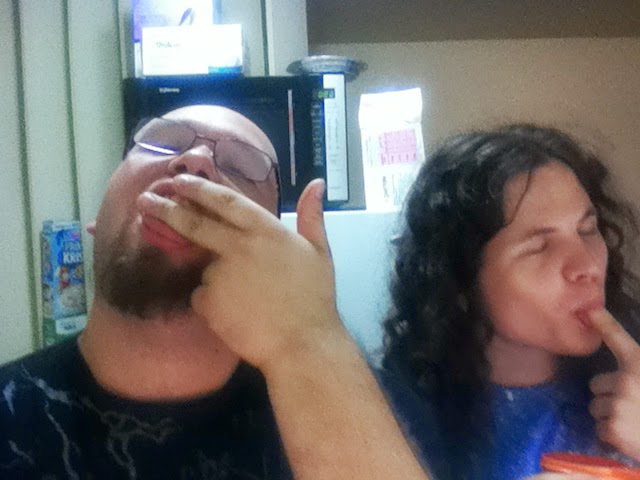 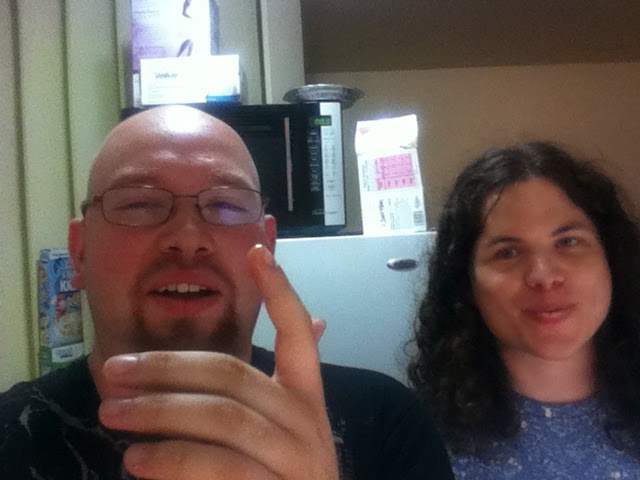 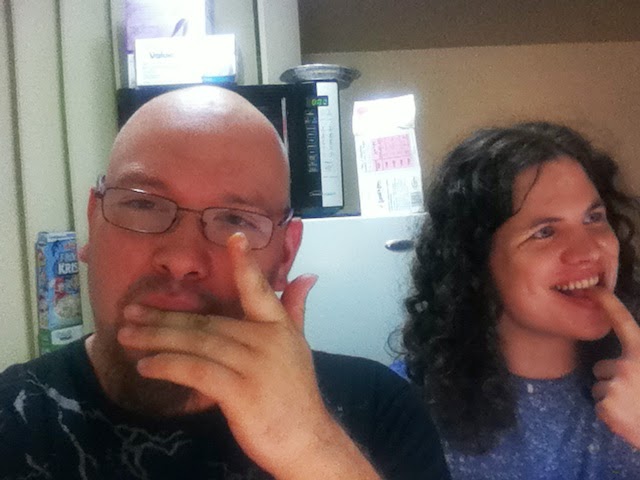 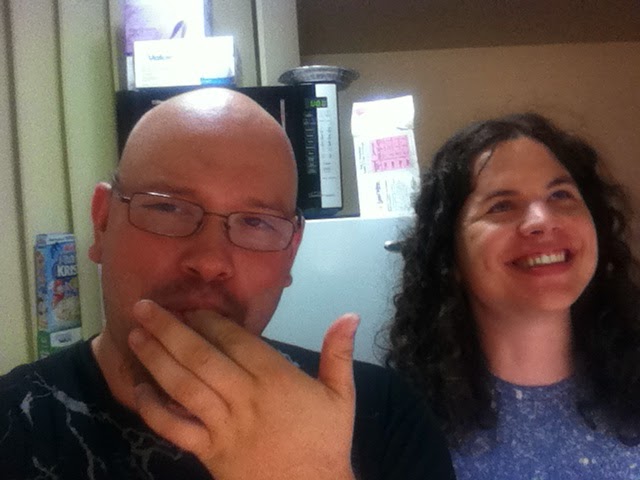 As you can see, I liked it a lot more than he did. We both thought it tasted like spiked marmalade. Unlike me, Marcus found the whiskey off-putting. Next time, I'm going to try this with twice the gelatin and see if it works. Remember, do your shopping during happy hour!
Posted by S. S. at 2:15 AM