Resurrection Rolls: or, Don't trust me with children's recipes

It's Christmas time, which means it's time to bust out the traditional Christmas recipes! Today, we are making a church holiday classic:

What, you think we're baking for the wrong holiday? Well, what could be more appropriate for the holiday than American-sized marshmallows dipped in simulated butter? Also, a global collapse is no time to adhere to arbitrary calendars.

Anyway, one of the people in the house has taken to hot chocolate with marshmallows in it. 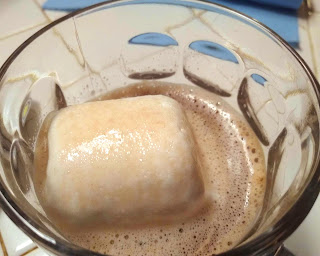 When I saw the marshmallows that barely fit in the mug, I was like "We should allegorically represent Bible stories with prefabricated convenience foods!" After a brief explanation to everyone else in the house, a can of crescent rolls and tub of margarine were added to the grocery list. 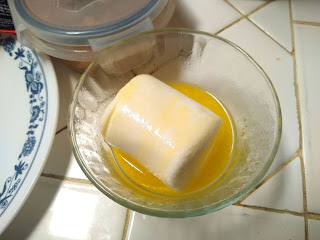 To me, the most bizarre part of this recipe is that we're baking without getting out a mixing bowl. But anyway, we decided that our sugary Jesuses were perhaps a bit large. Therefore, we purchased the reduced-calorie linen wrappings.

I can't open biscuit cans. Some people talk about how they get scared every time the can pops in their hand. I on the other hand, always pull the little paper tab that says "PEEL HERE" and end up with a slightly stripped yet still sealed can that I angrily smack into the countertop with un-Christian thoughts until someone else opens it. 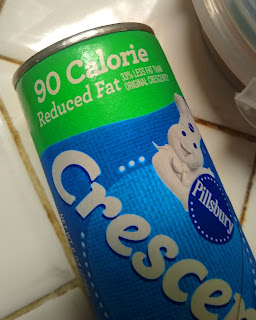 Though no one ever tried bring marshmallow Jesuses into bible study when I was of the right age, the recipe shows up in so many church fundraiser cookbooks that I may be one of the few who missed out. The cashier saw the marshmallows and crescent rolls, and he immediately recognized what we were making. It seemed like an amusing way to get some relatively bland yet inoffensive dessert.

However, our Jesuses were a bit too American-sized to fit in one burial cloth. 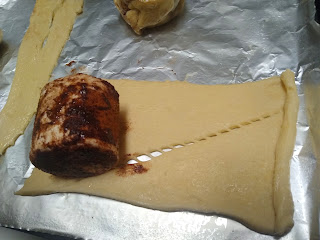 I thought this would be a simple recipe, but it is really hard to pinch this rubbery bread dough shut around a slippery greased marshmallow. You just never know what recipes will involve skills beyond yours.

We were all so amused at this recipe that two of us just sat in front of the oven to see if Jesus would leak. He did. First, we saw a few marshmallow spurts from the roll that I already knew had the least structural integrity. 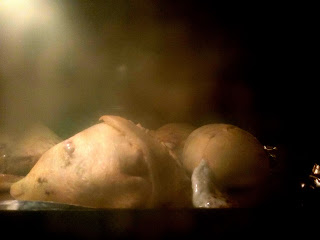 But before our resurrection was fully baked, every single corn syrup Jesus had prematurely escaped the tomb. If you drop the religious slant, this recipe could be a slightly messy way to keep children entertained just watching through the oven window. 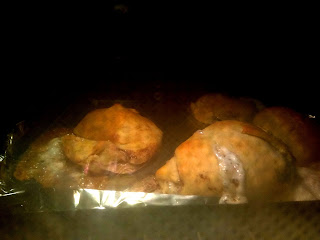 All right, let's see what Sunday school disaster emerged from our oven. 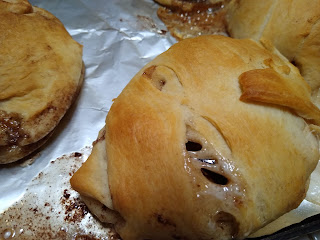 It's been a long time since I was so emphatically glad I put foil over the pan. I didn't want to even think about getting all this sticky candied-on mess cleaned away. Let's have a look at one of the more intact resurrection rolls. 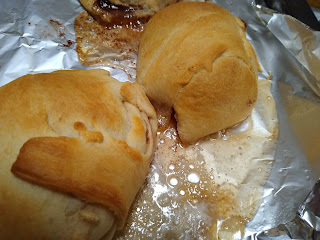 On one roll, the dough had baked enough to keep a shape before the marshmallow oozed out. If you were to carefully unstick it from the pan and transfer it to a plate without causing a collapse, you could get the ecclesiastic metaphor across to the wee ones without explaining why Jesus is now all over the pan. 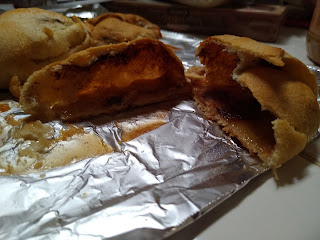 As for the taste: these are exactly like canned cinnamon rolls. Maybe they use the same dough in both. But I think we all know that the taste isn't the point of these. But with that said, these are a surprisingly good if somewhat messy breakfast-or-dessert item.