A while ago, I saw a recipe for something called Blueberry Boy Bait. Always willing to perform social experimentation, it was perfect.


Incidental note for those interested in the socio-culinary effects of industrialization: Rarely do I ever see a recipe call for butter in thirds of a cup. If it's not just a spoonful or two, it's in half or quarter cups, which is sticks and half-sticks. So we've subtly altered our recipe amounts to fit the way butter is packaged. Or it may well be the other way around- most of the really old recipes call for butter in quarters of a pound (which is the weight of one modern-day stick). Whichever came first, butter is rarely measured by the third. 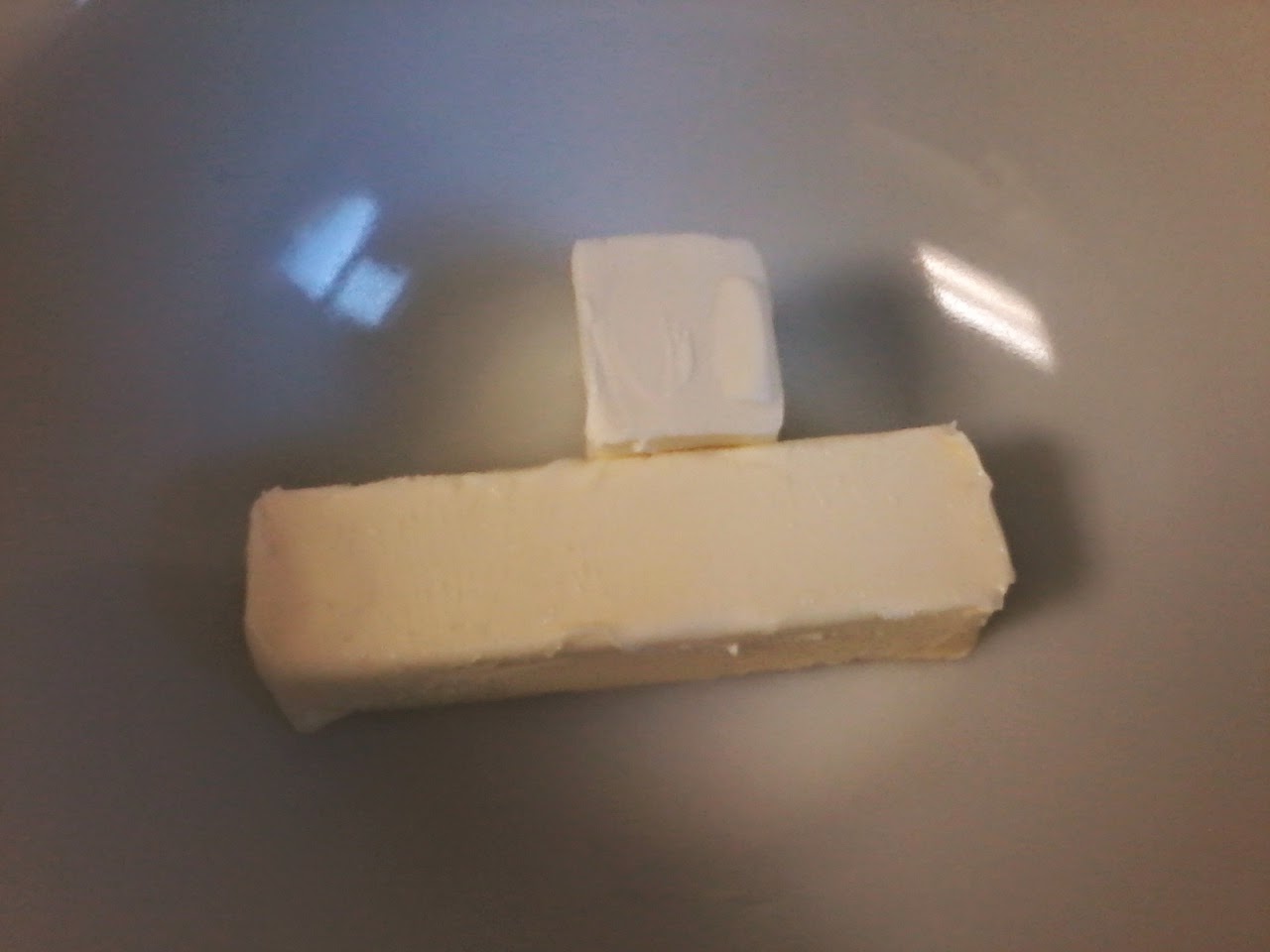 Anyway, this recipe comes to us from the 1954 Pillsbury Bake-Off, where it placed second in the youth division. Apparently the girl that sent it in, one Remy Powell, named it for its singlehood-curing powers.

Proving that few things make even the most kitchen-averse people dust off the inside of their ovens quite so well as the prospect of boys, this recipe has been reposted and reposted over and over again. As you do when cooking, a lot of people altered it to fit. You can kind of track the changes. At some point, people got fed up with this beating and folding egg whites business. Later, the crumb topping got replaced with cinnamon sugar. However, it seems even the modern-day versions work. I tried the recipe on Cook's Country (found by way of Mid-Century Menu). Even though I found it a bit bland, it seemed to bespell my now-ex. I should have known we were through when it turned out he had the gluten problems.

Anyway, having melted the butter, I added the sugar and once it was mixed, the flour. Had they both gone in at once, there'd have been flour lumps and therefore no boys five minutes after they tasted it.

And then, we at A Book of Cookrye had a massive bowl of crumb topping, of which a little was saved as per instructions and... er... a teeny amount was tasted. 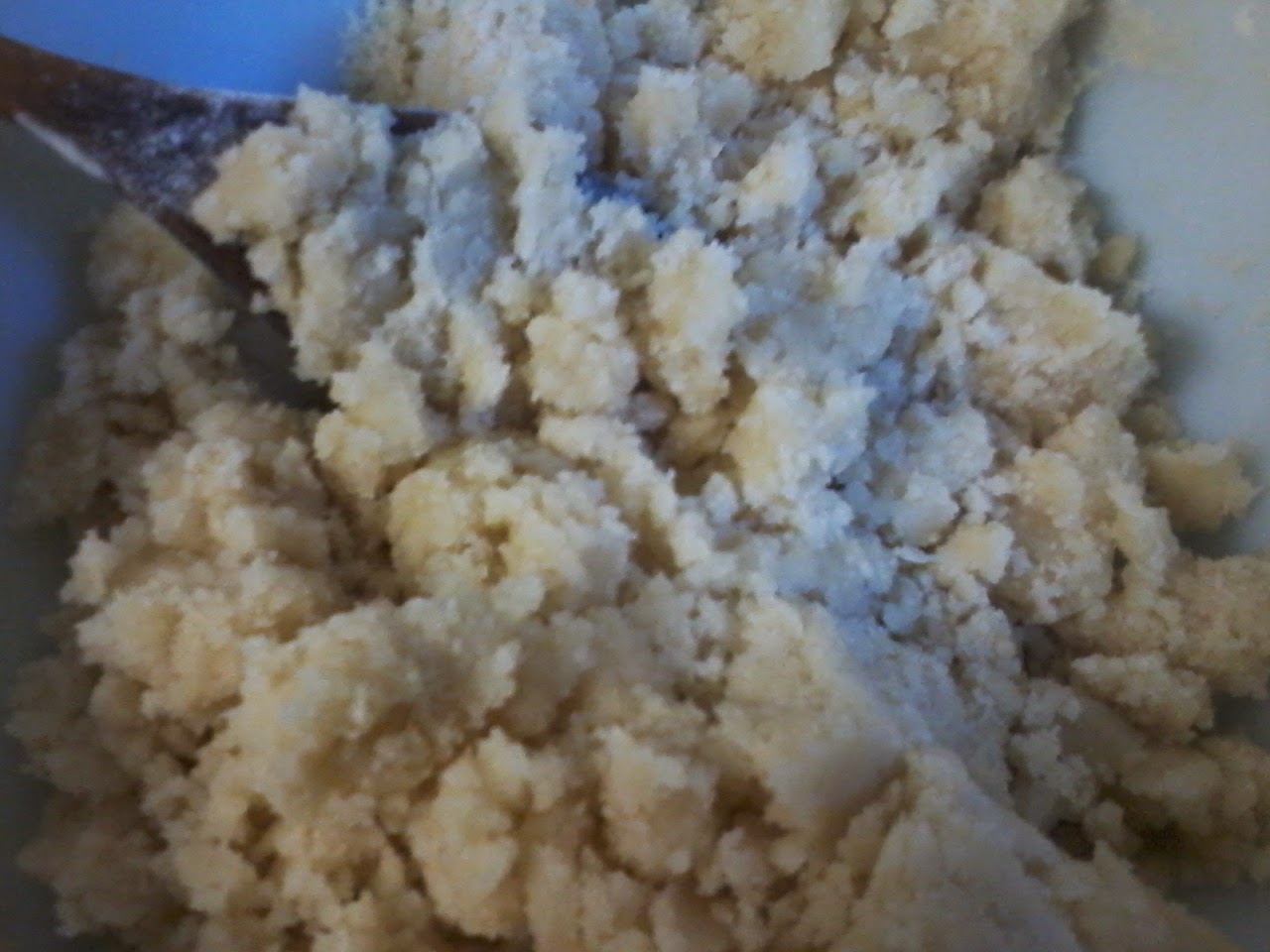 What does it say about me that so far my recipe book is more colorful than the cup of stuff from said recipe? 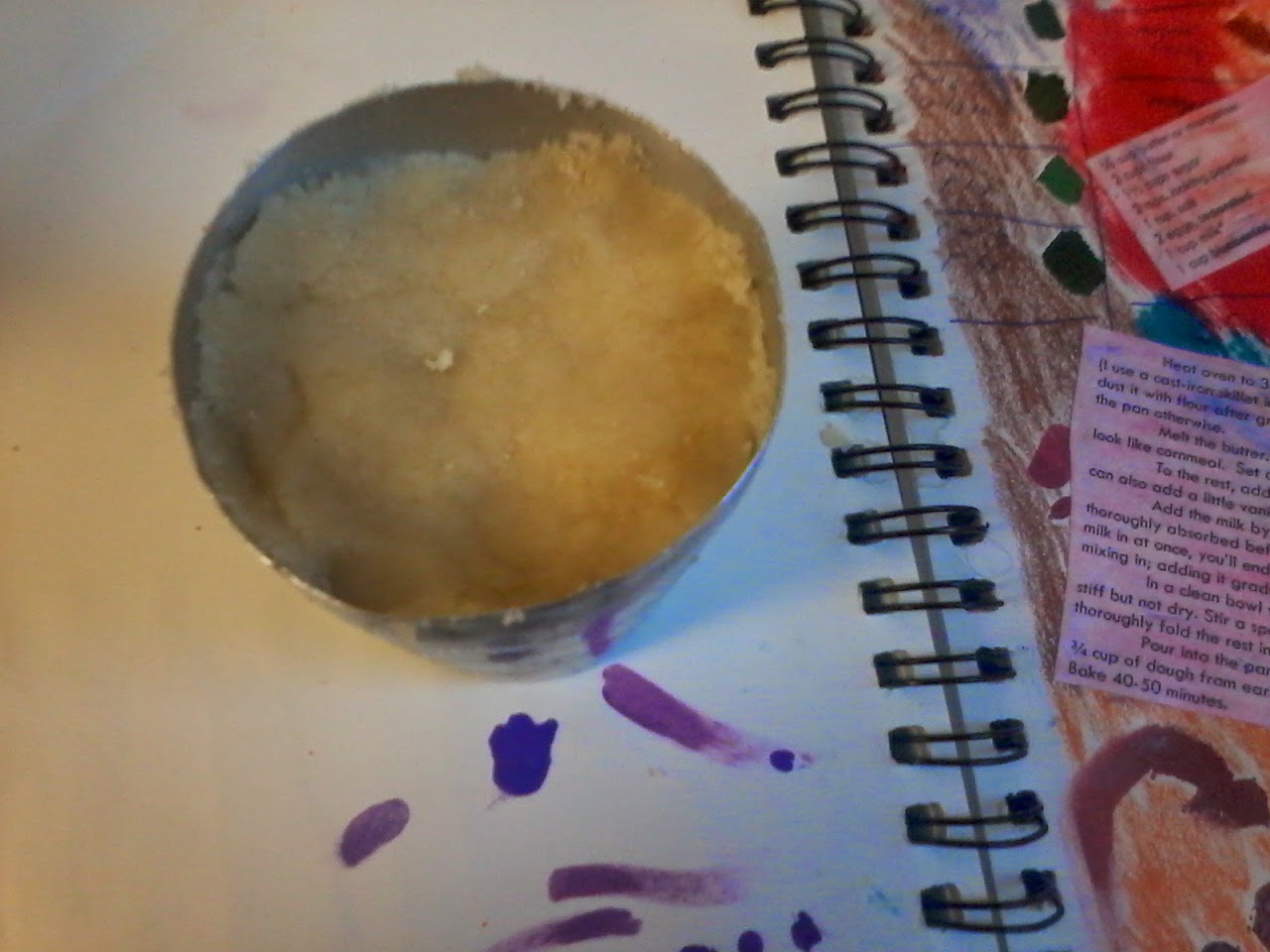 Anyway, this is where we at A Book of Cookrye get thankful people have left things downstairs in the kitchen. We had a rice cooker to hold the crumb topping and a little bowl to crack the egg whites into. 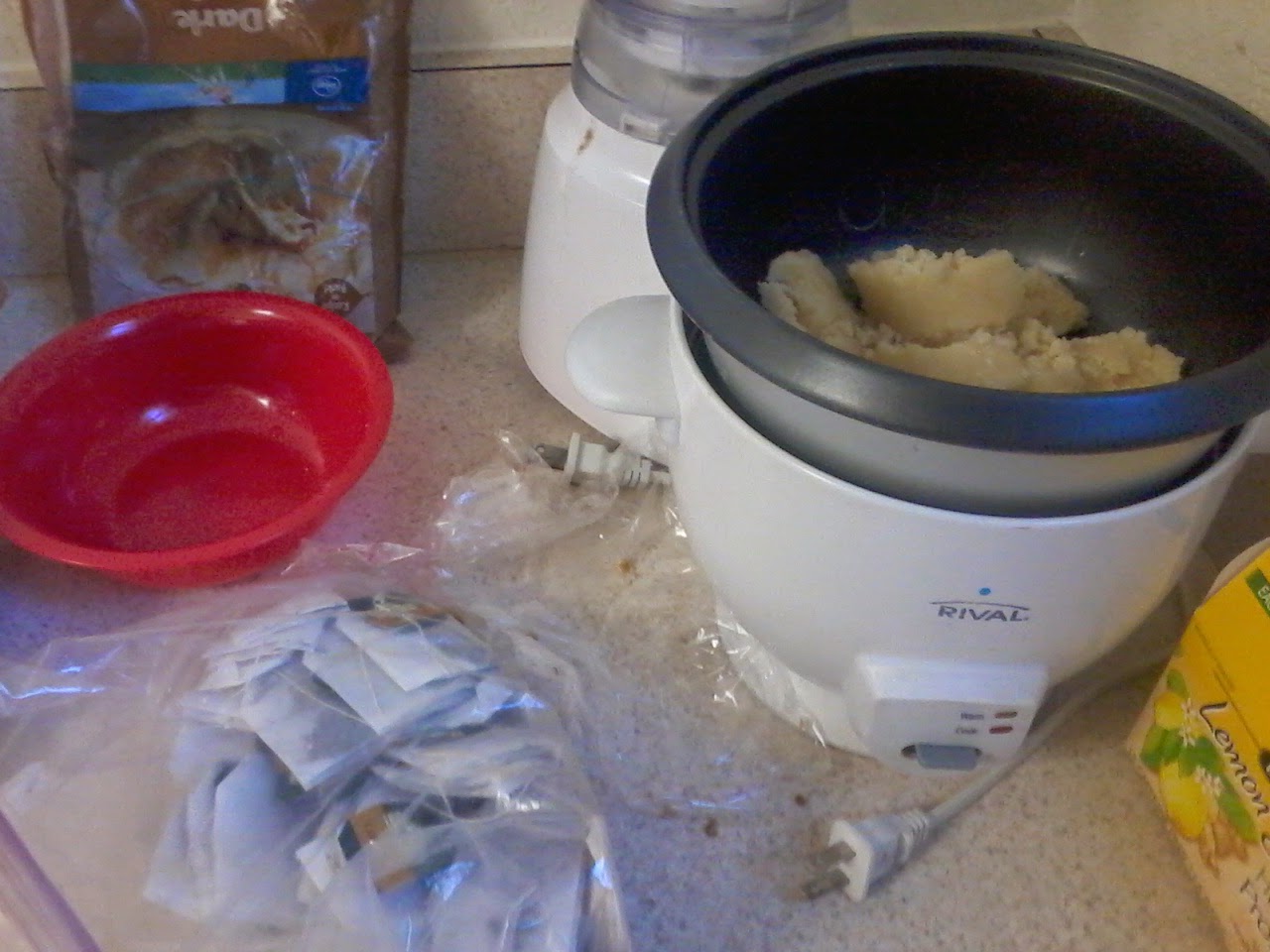 We also were about to use milk for this, but guess what was in the refrigerator with no name on it?

As I've said before, unlabeled food is not just an established convention; the kitchen rules sign says "UNLABELED FOOD IS CONSIDERED FAIR GAME FOR EVERYBODY!!!" (their caps and triple exclamation points). So I figured why not? It might add a lovely taste to the cake. 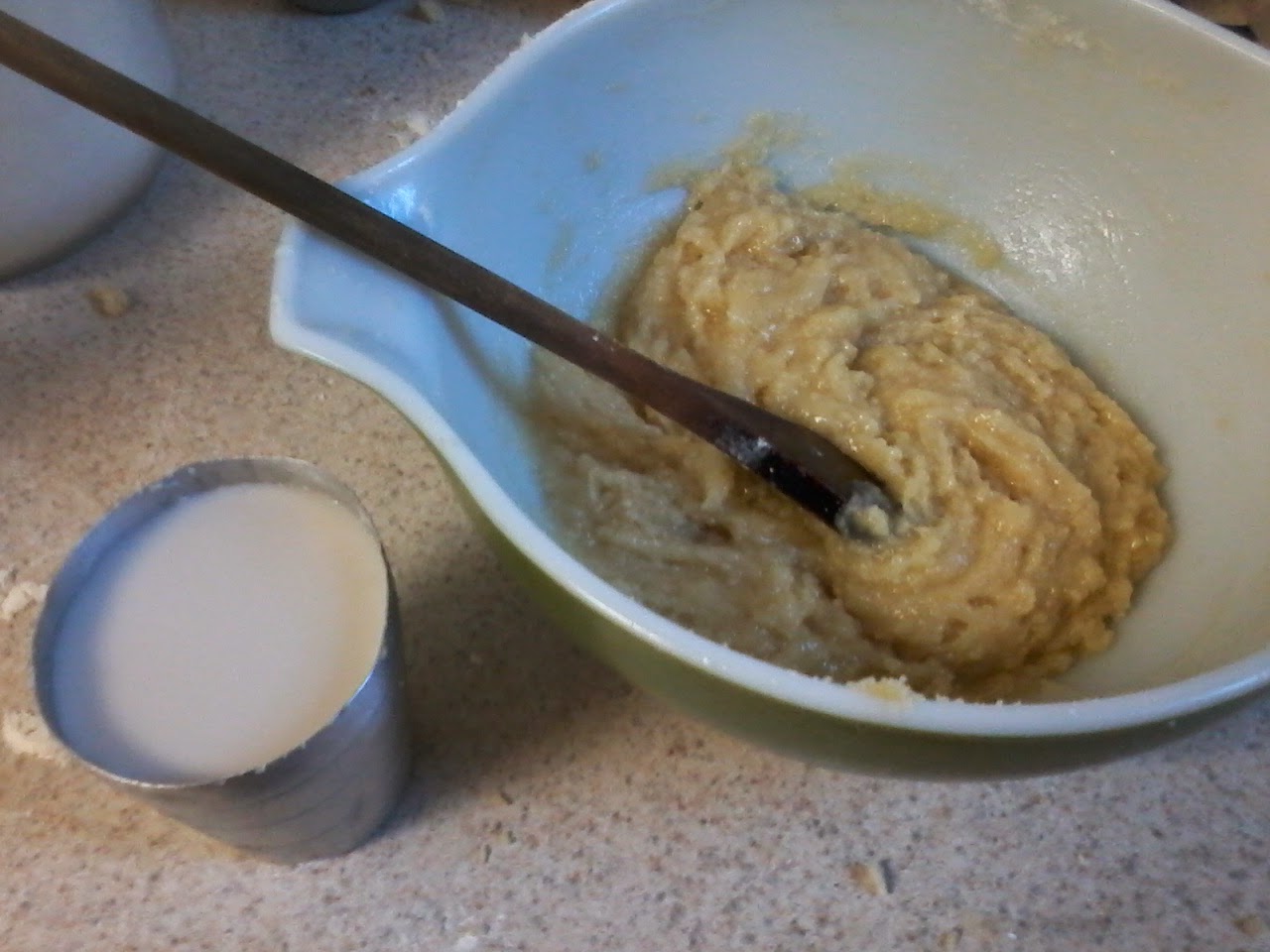 I call this sneaking the liquid in. It's like the stiff dough in the bowl really doesn't want to become a batter. So you have to put in a tiny splash or so, which soaks into one or two lumps that then mix in with the rest when you stir. The rest of the dough doesn't realize any liquid has been added so it doesn't mind. Then you add a little more and get away with it (add too much at once and the lumps will hold fast together against the onslaught they're swimming in), and so on until... 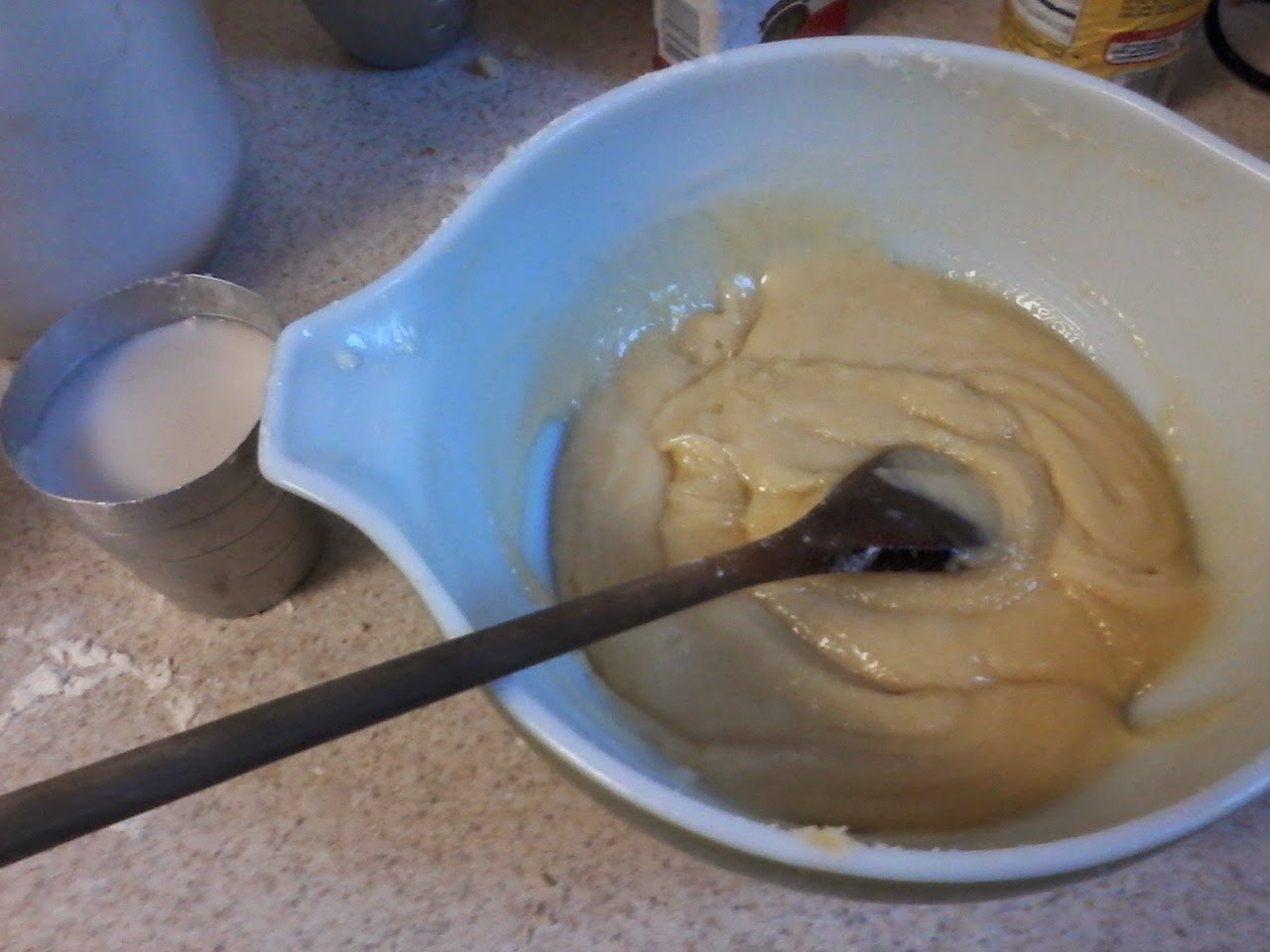 And when it's gotten runny enough, you can dump in the rest of the milk because the lumps have given up. 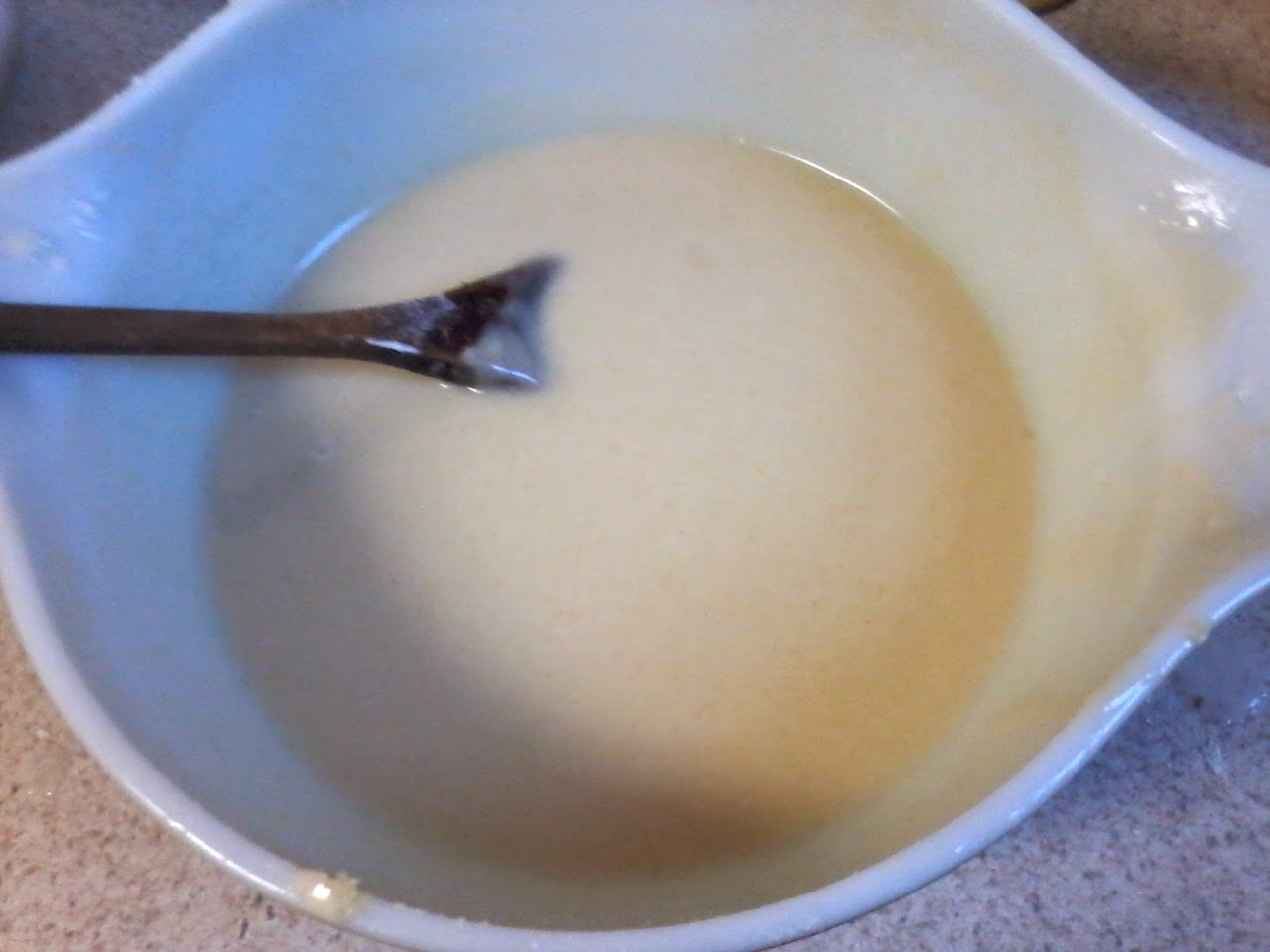 At this point, I was really hoping that whatever boys this brought would offer to clean my dishes. I'd gotten out three bowls (well, two and a pot) for this.
Anyway, the batter tasted divoon. I promise that it really did go into the pan that thin, and it had nothing to do with generous taste-testing (one can't be sure enough). 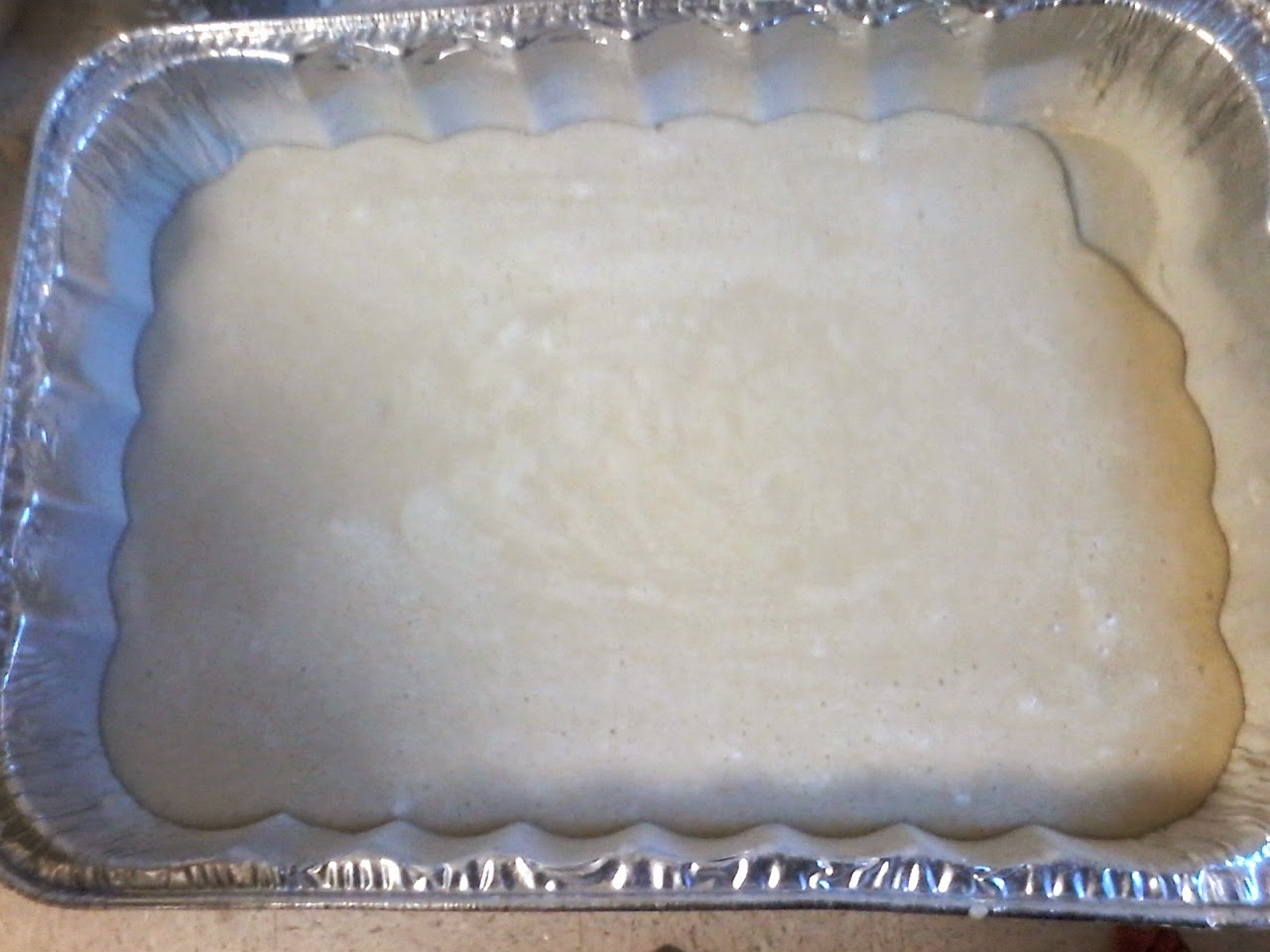 Putting on all those blueberries (when they're this far out of season, I've found frozen ones are better than fresh) made it look like this might live up to its name. 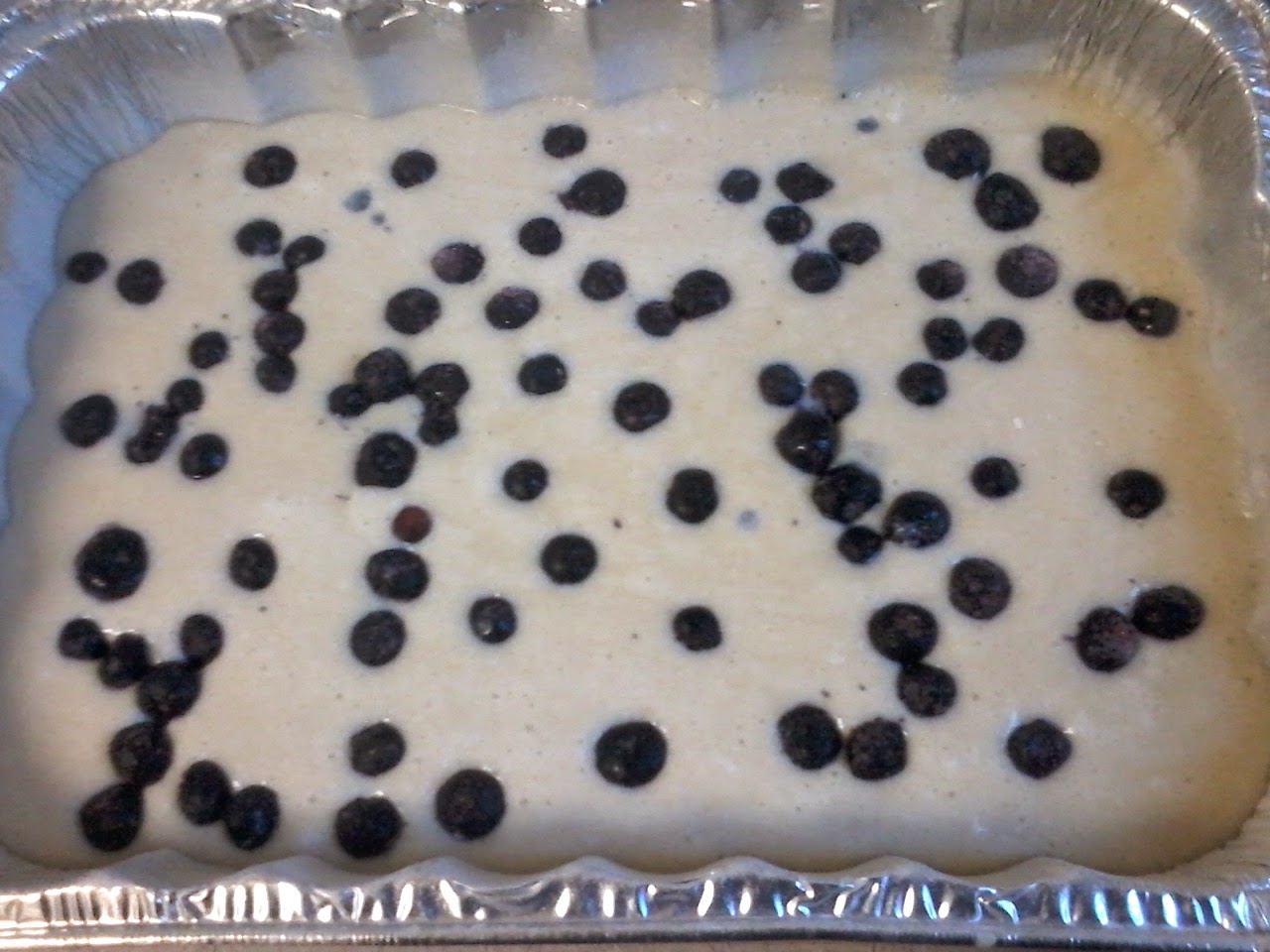 Emptying the rice cooker of topping made it look even more so. 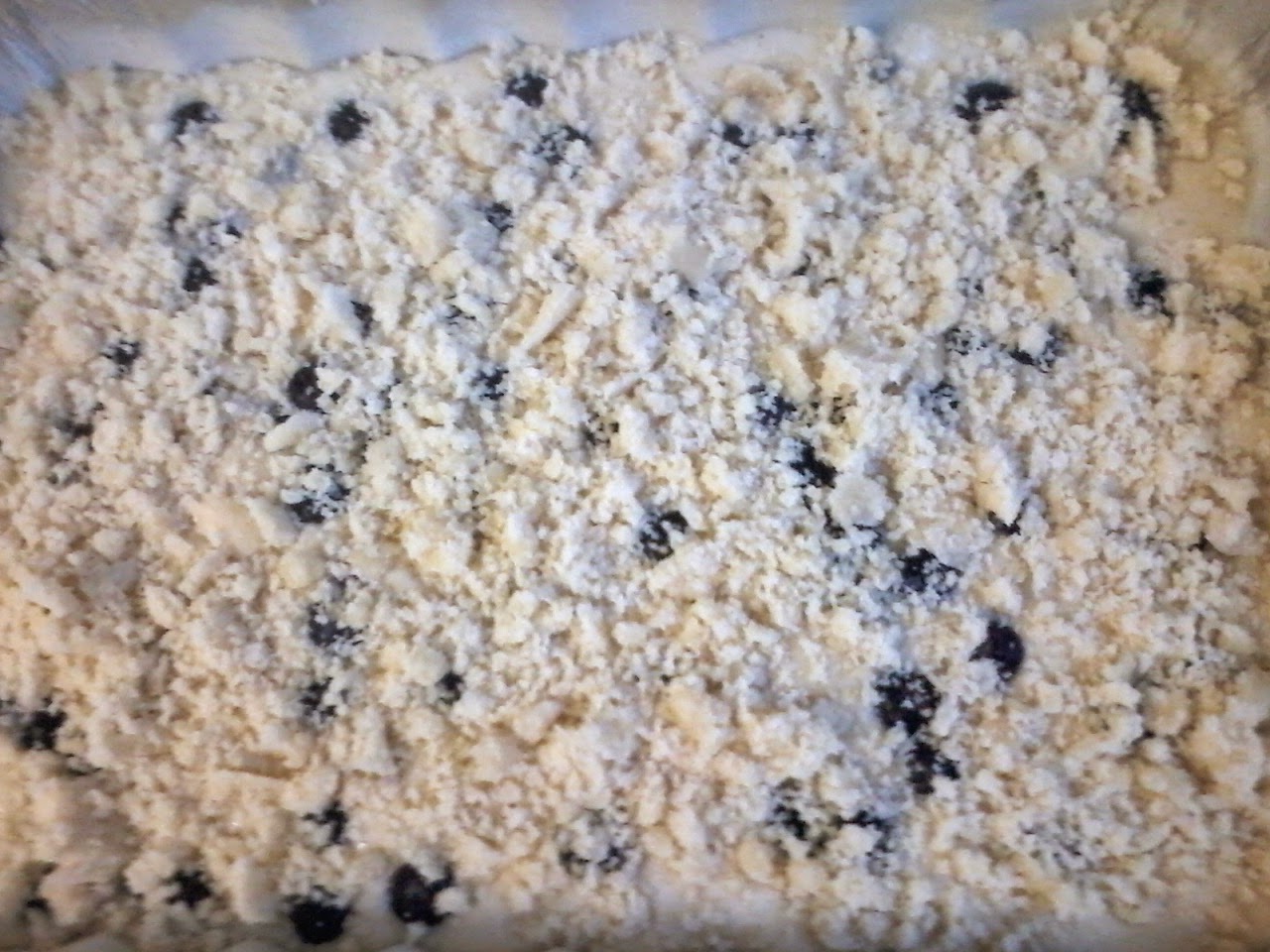 Around when this was due out of the oven, I simultaneously became unnerved and excited. Boys were indeed drifting kitchenward.
And by the time it was cool enough to slice, it had demonstrated its power. The kitchen was literally crowded with people, very few of them female, who wanted a piece or seconds. Everyone, go ahead and make this, it really works (also, the almond milk is delicious in it). No, no, you can thank me later.
Posted by S. S. at 4:57 PM