Someone else made a Book of Cookrye recipe!

I know I said this in the last post, but I'm just so excited I want to announce it in its own entry proper. The pecan pie recipe we at A Book of Cookrye posted on the last day of pi month has been featured on Cook In/Dine Out for Thanksgiving! He made it look really pretty and wrote the recipe precisely as opposed to my "just eyeball it, you'll know when it looks right" directions.  I note with amusement that while nothing else in the recipe has changed, the amount of pecans has gone up each time: The original recipe used half a cup, I used three quarters, he used one cup.
In addition, he found an eleven-months-older older copy of the recipe the same recipe from the Dallas Morning News, credited to a Mrs. Matt Bradley. I just have to share what the lady herself said to introduce the recipe:


Tiaga, Grayson Co., Tex., Jan. 21.—(To The News.)—Knowing that The News is strictly for Texas and for Texas enterprises, and thinking that it might be of interest to many Texas kitchen queens, I herewith inclose you a copy of the recipe for making what I have decided to call in honor of the great Lone Star state, “The Texas Pecan Pie.”
Having never seen it in any paper or cook book I have read, and failing to find any one who had ever eaten it, I feel justified in claiming to be its originator and the right to christen it.
It is a most delicious pie—an instant favorite with all who have eaten it at my table. It is my desire that it may be added to the long list of delicacies Texas cooks are so greatly noted for preparing, and I want every lady to test its merits and I will be glad if they let me know of their success or failure in making it.
The Texas pecan pie—One cup sugar, one cup sweet milk, one-half cup pecan kernels chopped fine, three eggs, one tablespoonful flour. When cooked spread the well-beaten whites of two eggs on the top, brown and sprinkle a few of the chopped kernels over it. Above is for one pie. MRS. MATT BRADLEY.

I love the line "It might be of interest to many Texas kitchen queens"!
When I'm writing about cooking, I usually have no idea who might be reading this, so it's awesome when someone says they made something and liked it. It's even more so when someone writes and shares what they thought of it. This is one of my favorite recipes I've ever written up, so I'm really glad it's this one. Also, behold how much prettier it looks! I'm amazed. 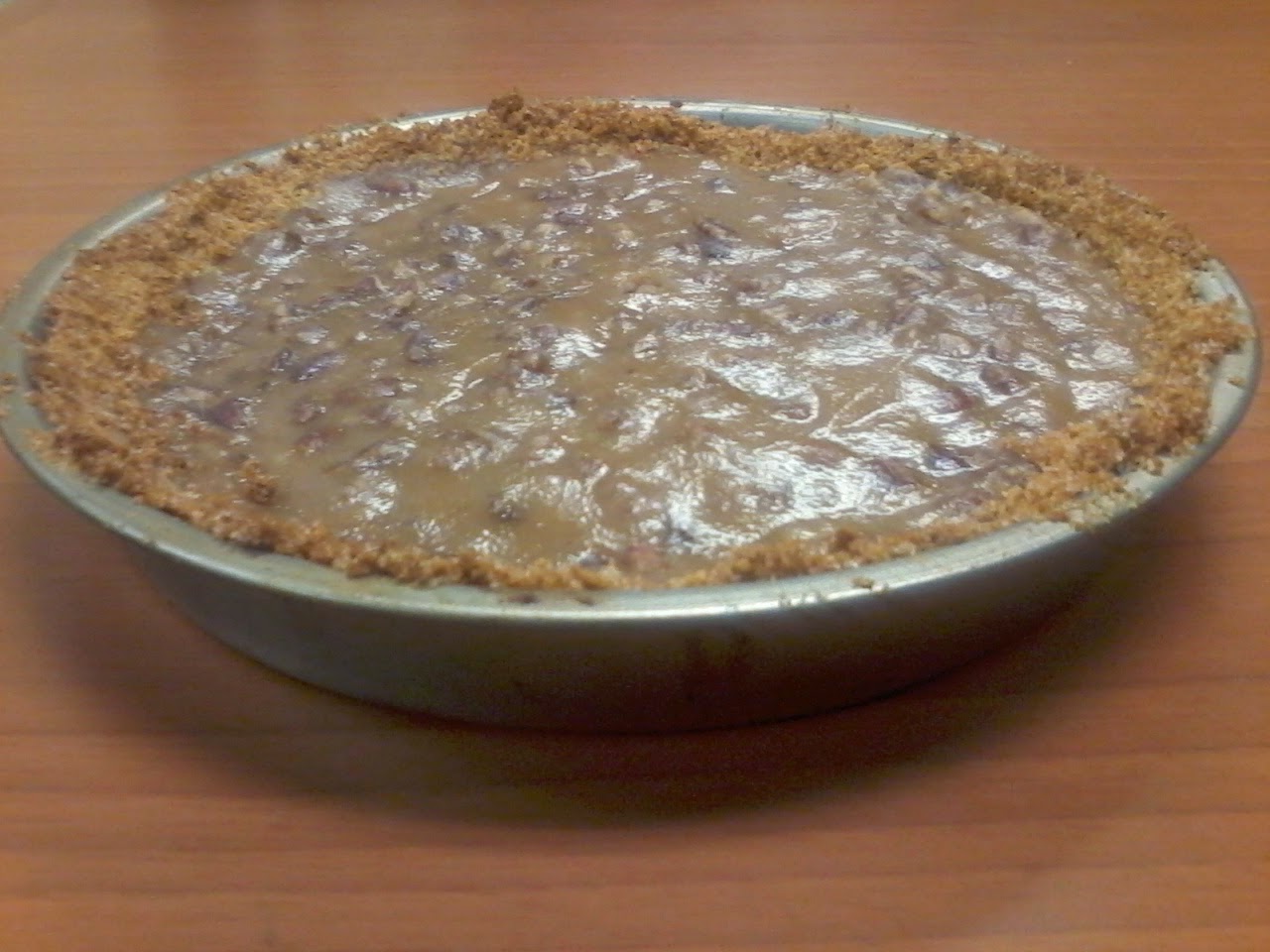