Whatever the heck a Radio Pudding is, it's university-approved

Looking back over what we have made so far, we at A Book of Cookrye have made a lot of ill-advised food. Clearly, we need guidance from those who know better so we can avoid culinary regret. Perhaps the wise people at a university might be able to help us?

You know these people are smart because they put an integral to solve on the cover. However, they failed to say what we're integrating "better made" with respect to. I'm pretty sure "is" is a constant since it's to the left of the integral sign. But this is the agriculture department, so let's see if they are any better at writing recipes than writing math problems.

Why is this called "radio pudding"? Does it end up kind of looking like a 1930s radio? Maybe it comes out looking kind of woodgrain-ish? Maybe I'm supposed to serve this at a radio party (it was the Depression- being able to afford a radio would certainly merit having a party). Well, let's get down to butter.

It occurred to me that this is pretty much cookie dough without the flour in it. Tasty, tasty raw cookie dough.

Also, did you know how cohesive drained crushed pineapple is? This is the cup after a couple of thwacks:

The University of Wisconsin agricultural department thinks we should construct a layered pudding thing out of graham cracker crumbs, and this. It might have looked better had I not omitted the nuts, but they'd have gone soggy and sad overnight.

I can't say I'm surprised this comes from Wisconsin- y'know, all the dairy production. But I find limiting it to just butter rather odd. But hey, I'm not from the University of Wisconsin agricultural department.
Also, who was this meant for? You rarely see promotional books aimed at the general public headed with "Special Circular." That makes it sound like the latest inane policy memo to go around the office.

Presumably, the pineapple juice is there to make the sugar dissolve so it's not grainy when you eat it. And the cracker crumbs are to sop up all the excess liquid. I don't know whether this block of canned fruit-butter will  be any good, but it looks like those university people knew how to make it successful. It may not be any good, but it will at least be successful.

And so, the loaf pan (what those university-educated people said I should use) of radio pudding went into the refrigerator to think about what it had done.

The next day, it looked soggy. I have no idea why no one rooting through the fridge wanted to steal any in the night. Also, this pan weighed a lot for how much was in there.
I kept trying to decide if there's anything good for you in this. The pineapple might count, but I think everything else cancels it out.

As one might expect from what is essentially a pan of hardened butter, it sliced neatly and lifted out in one solid, well-congealed piece. 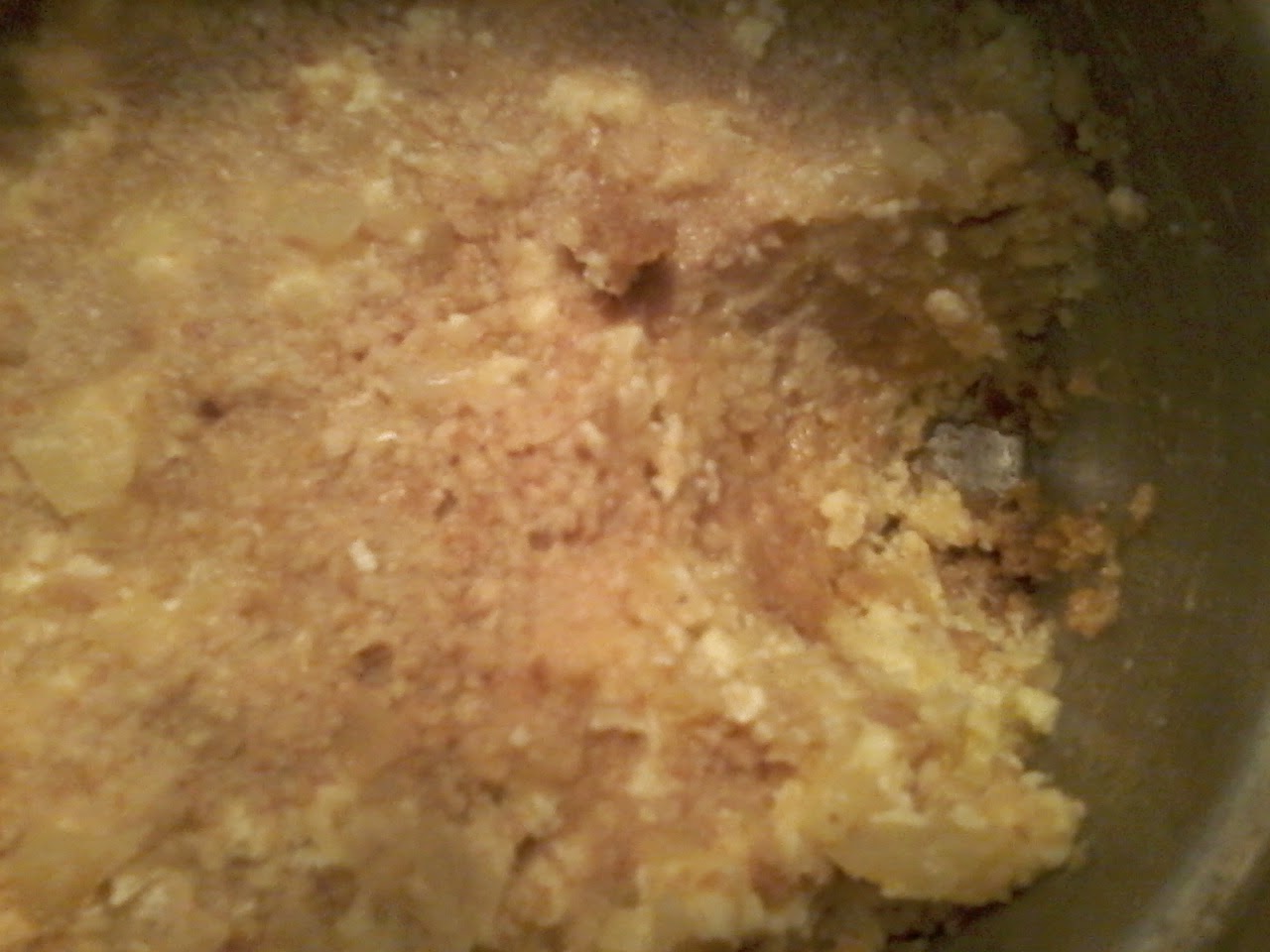 You can kind of see the layers.  And as you can see, it really did lift out in one solid piece. 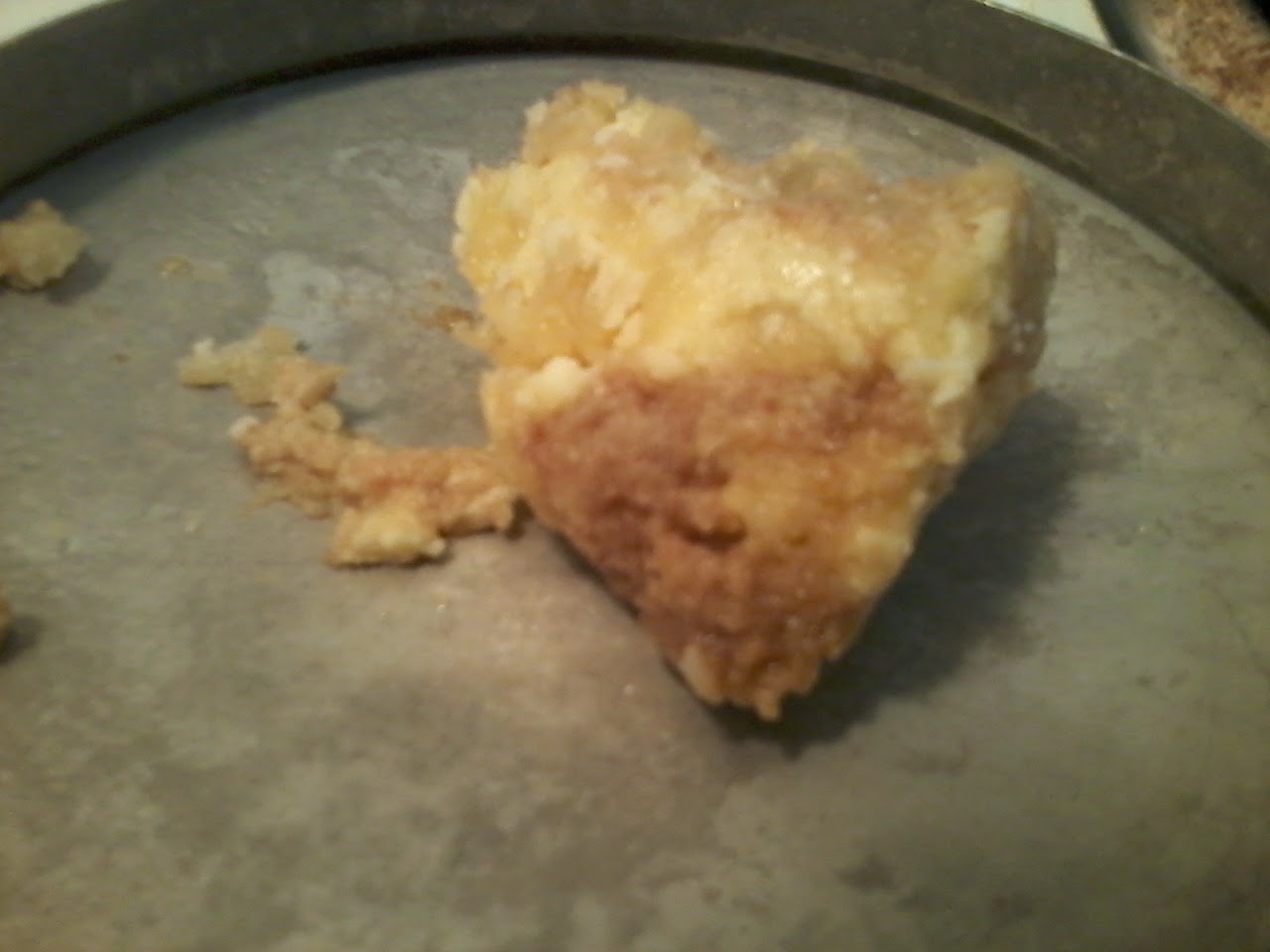 However, once you made it fall apart, it was a mess of pineapple shreds and butter grubs. 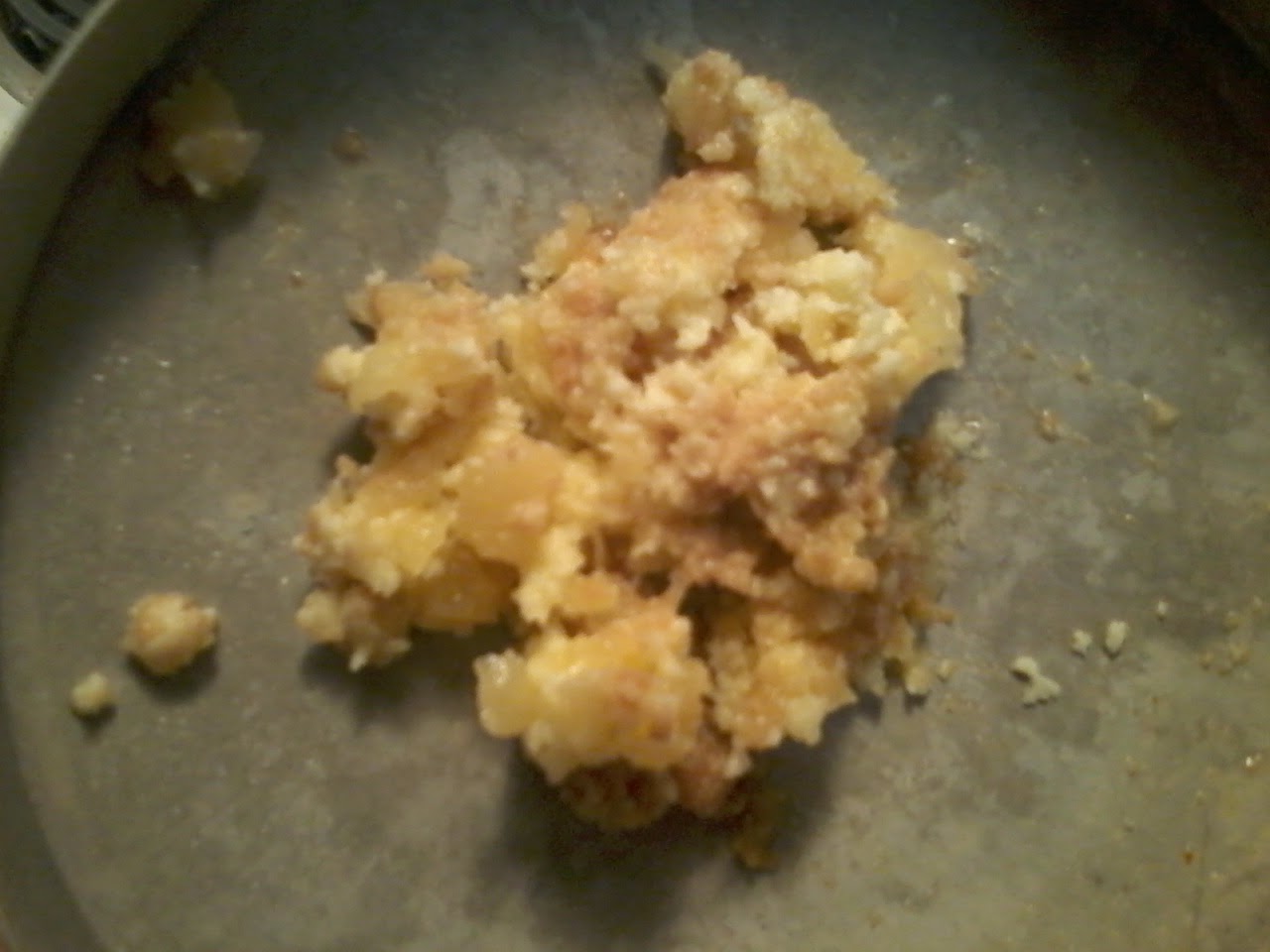 As for how it was? Well, it was in fact insanely good. However, especially with the sugar-soaked graham crackers in there, it seemed like it wanted to be a cheesecake-like thing. But... seriously... it's a solid block of butter and sugar. I just can't with this one. However, I may try it again with cream cheese instead.
However, I did take the rest of the pot out and offer it to everyone downstairs because I couldn't bring myself to waste it. The first person to try some got this look on his face like he'd seen God and took the whole thing to his room. It really is that good.
Posted by S. S. at 2:39 AM