Marzipan-Filled Brownies because why not?

N. B. If you want to win a cookbook handmade by me, be sure to enter the recipe contest!

You know how when you're looking for one thing, you find five other things you forgot you had?

While one might have just eaten the marzipan right out of the box (don't judge me), we decided to put this to higher use: put it in the middle of an already-delicious brownie recipe.

In case anyone else finds beige almond sausage entertaining, behold! 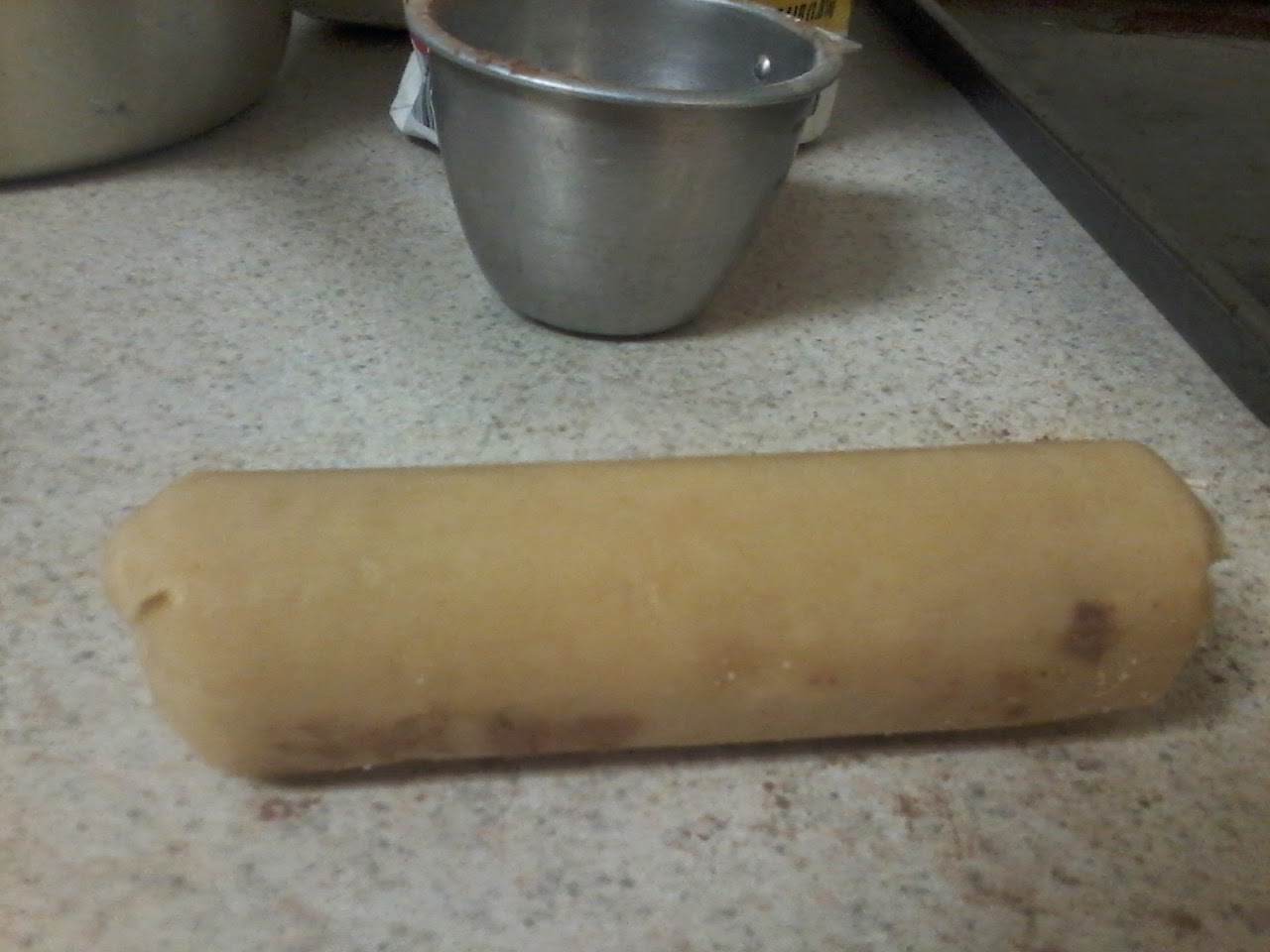 We at A Book of Cookrye would like to think these are somewhat healthy. They contain almonds which keep popping up in health-food articles as being the latest greatest thing ever. Since chocolate prevents rusting (or whatever the hell an antioxidant is supposed to do) and almonds seem to get declared "superfoods" by at least a few bobbleheads, these brownies will be so good for you that even people who eat like this would approve.

I do like how these are simultaneously fancy but also really quick to put together. Plus, once they're in the oven, you can eat marzipan scraps and brownie batter. 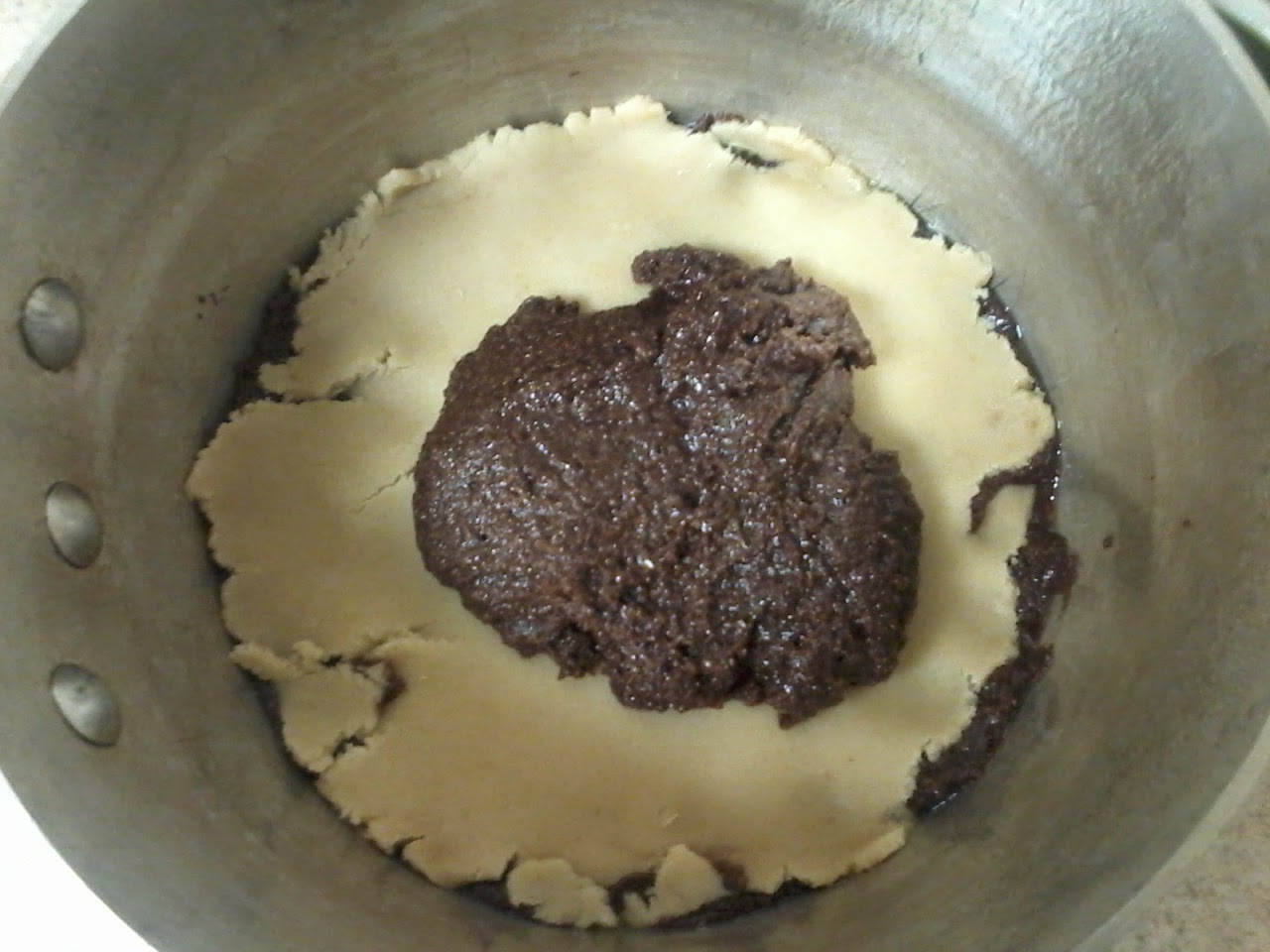 When they're hot, you can't tell they have marzipan in them. You can tell there's almond something in there, but you may as well have just dumped almond extract into the batter (which is good, but controversial among people who have set brownie expectations). But when they cooled down, you could tell they were layered and it was really good.
Contrary to photographic evidence, these came out really pretty. The out-of-focus one floating on the void of a styrofoam plate doesn't do them justice. 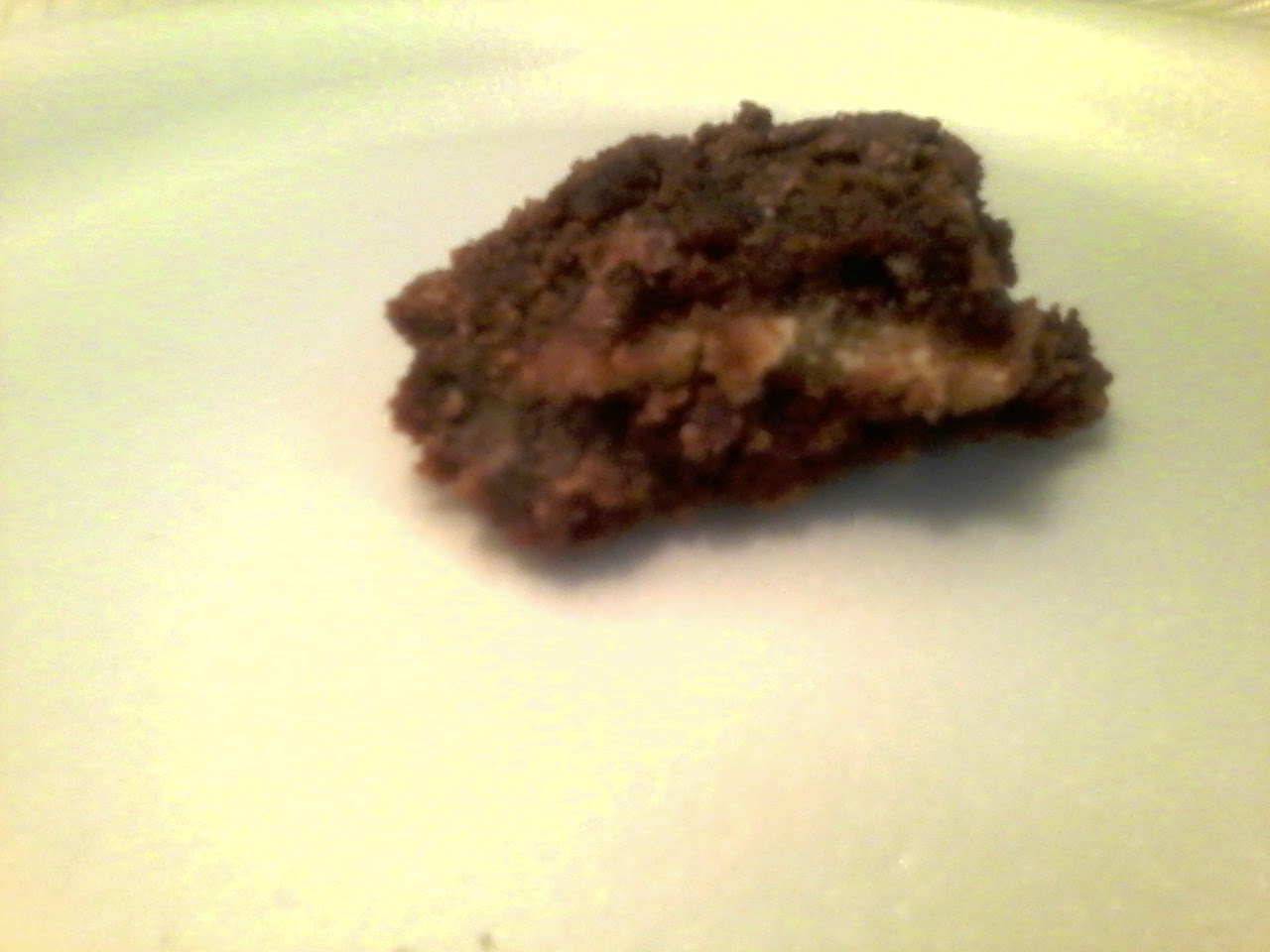