When last we saw the blackberry pudding, it had nearly ruined a shirt and had taken on an afterlife on the counter. We might have thrown it away, but anyone who's been broke as long as we will feel thus about wasting food: 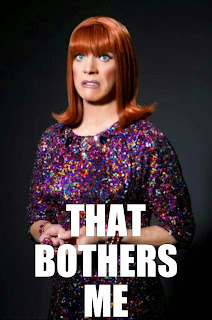 We decided that since this pudding was like bread, we would make French toast of it. And so, we got out our Louisiana charity cookbook because, and we say this lovingly (and as people who've been decamped in the south for some time), if there's any unhealthy food, the south knows how to make it better.
Case in point:

This is one of the few recipes in this book that doesn't have Mrs. Some Husband's Name under it. Reading through the book, one gets the impression that such anonymous recipes are for things that no one submitted but the Committee (always capitalized) felt should not be left out of a printed and bound compendium of the local food. ("We've got five Heavenly Hash Cakes and nine Hush Puppies but no one sent in Poor Knights?")

French toast growing up was always just bread soaked in eggs and milk (though we've discovered blenderized bananas work as well). No one added spices and such, and we didn't bring breadcrumb coatings into the business.
So, let's have a look at what we're about to soak these things in! 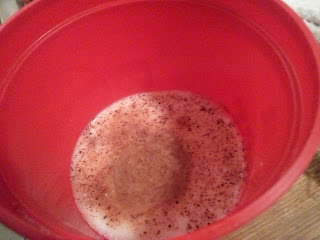 You should know that while I have been given to being a lot more generous with spices than recipe writers say I should, these are measured out exactly as specified.

We were curious, what did this sugared, spiced, egged milk stuff taste like? The answer? Egg nog! Yep, this tasted exactly like those cartons that contain what tastes like melted ice cream repackaged and sold at Christmas.

And so, we dumped the egg nog on the alleged pudding (I still don't know if puddings are supposed to look like that) and attempted to sleep.

The next day, the egg stuff had gotten unnervingly syrupy. One would logically surmise that all the surplus liquid had soaked into the bread, but it still looked like it was going rancid. 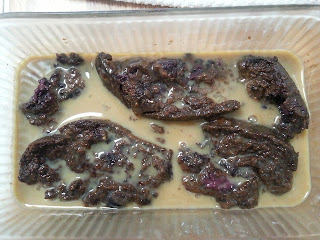 Most people faced with semi-gelatinous green egg nog with brown "bread" floating in it would either put it down the sink disposer or bury it. However, we exhumed some bread crumbs from something that was fried in the name of Easter and did this. 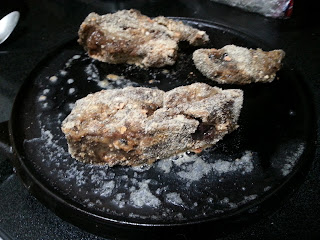 These were so mushy that they barely survived being turned over (presumably the overnight soaking was for rock-hard stale bread). The finished product looks a lot like chicken-fried steak, doesn't it? 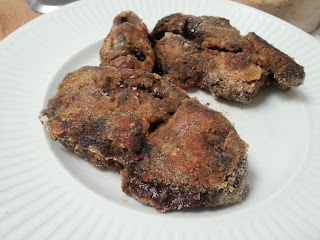 Wait, it's missing something. Now we have chicken-fried steak with syrup on top. 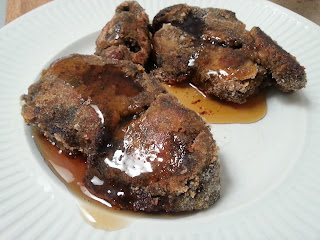 As for the result? Blackberry pudding apparently strongly resists being modified- if you closed your eyes, you would never know it had been repurposed as French toast. It was just the pudding with a crispy crust added. Maybe if you used plain bread, you could tell it spent the night marinating in egg nog.

Email ThisBlogThis!Share to TwitterShare to FacebookShare to Pinterest
Labels: Saturdays