You know that zucchini bread we did in a blender in an attempt to get as much use as we can out of a wedding present? Its sad, gummy failure weighed heavily on my mind. Was it the blender's fault? Or was it the choice to use zucchinis in it? There was only one way to find out, and it involved more cake.

For reference, we're making this cake recipe since we know it works when made like a normal person would.

And so, not knowing whether to be hopeful or not, we started the motor! Isn't that a pretty butter rosette? 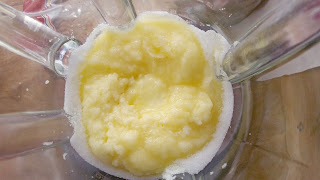 You may have noticed the sugar on the edges of the pitcher was reluctant to blend in. However, I am quite capable of staring at the blender and waiting until, without warning, everything suddenly gets really runny. 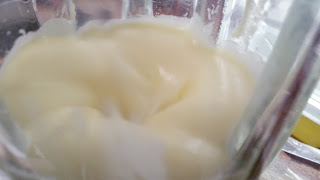 Here I began to lose faith in ever making a blender cake. I've never had cake batter look this watery so early on. Had I irreversibly messed up the cake already? 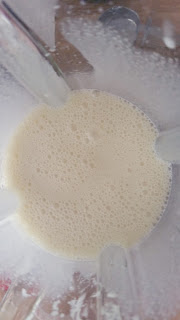 As anyone familiar with Book of Cookrye philosophy can attest, we do not throw away failures. We expend more and more ingredients trying to salvage them until at last we have something that's almost good enough to eat. Then, having used more groceries than we would have had we thrown out the initial failure and started over, we eat our mediocre creation and try to feel better at having avoided waste. With that in mind, it should be quite obvious why, instead of sampling common sense on a trial basis, we dumped in the milk and proceeded with the recipe. An unexpected bright side of using a blender: when one is being cheap and using powdered milk, there is absolutely no way any powder clumps can survive.

We now had what looked and tasted like a blender of melted ice cream. It even had the exact same thickness. This may get dumped into the ice cream maker instead of mixed with flour and baked. Incidentally, adding all the flour didn't make as much of a visible difference as I thought. You know how cake batter tends to get thicker once you add flour? You could barely tell.
Though I have to say, the flour was mixed in seconds. 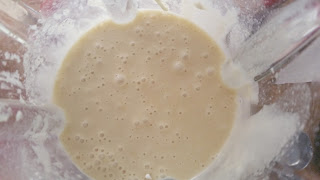 I considered making this into a layer cake, but just like last time, making cupcakes gets a lot more enticing when you don't have to keep dipping a little cup in the batter and then having said cup drip everywhere while you pour the batter out.
The cupcakes rose promisingly in the oven, but after seeing the zucchini muffins do the exact same and then deflate to zucchini paste, I remained wary of prematurely declaring triumph. 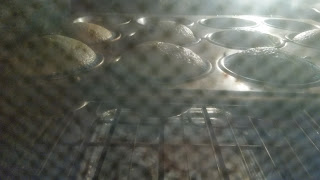 Just like last time, they looked puffy and perfect when first removed from the oven. But would they stay that way? 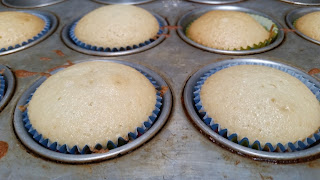 Indeed they did! Just as all cakes should, these looked exactly the same right out of the oven as they did after they cooled. 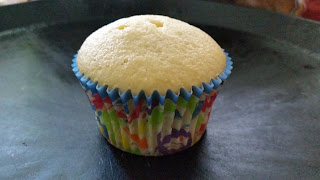 And how did they look in the middle? They looked perfect, that's what. 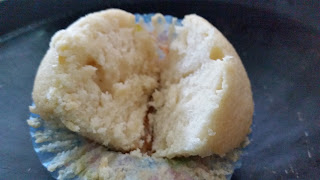 So yes, you can make cakes in a blender! They'll actually come out really good! As a bonus, absolutely nothing will splash all over the counter when mixing since you've got a lid on the blender. But don't take my word for it, get out a blender and try it yourself!
Posted by S. S. at 1:53 AM