Brownies! Or, I should get more recipes from library Special Collections

Today on A Book of Cookrye, we are delighted to present another recipe handwritten into the pages of a cookbook from a university library's special collections!
I thought about calling this recipe Special Collections Brownies, but enough people go "Ooooo, will you make special brownies?"when I make brownies already.

Tonight brings us to the intersection of three things I really love: getting recipes out of forgotten places, chocolate, and brownie batter. Since the last recipe I found written in the university's copy of The Woman's Club of Fort Worth Cook Book was so delicious, and since this one is brownies, I just had to.
I really like trying out recipes that really seem as genuinely forgotten as this one is. If you go online, there are a few copies of the Woman's Club of Fort Worth Cook Book floating around for sale. But the handwritten recipes are unique to this one copy which is now in a library's special collections (read: you can't take it home) and not in someone's kitchen. So it feels like whatever recipes someone thought were good enough to write down are now locked away. Who, when looking for new recipes, goes to a university library and has something retrieved out of special collections to flip through? So to people who like cooking and old things as much as I do, it is like like finding something trapped and letting it back into the world - which you then get to eat and which has chocolate in it . 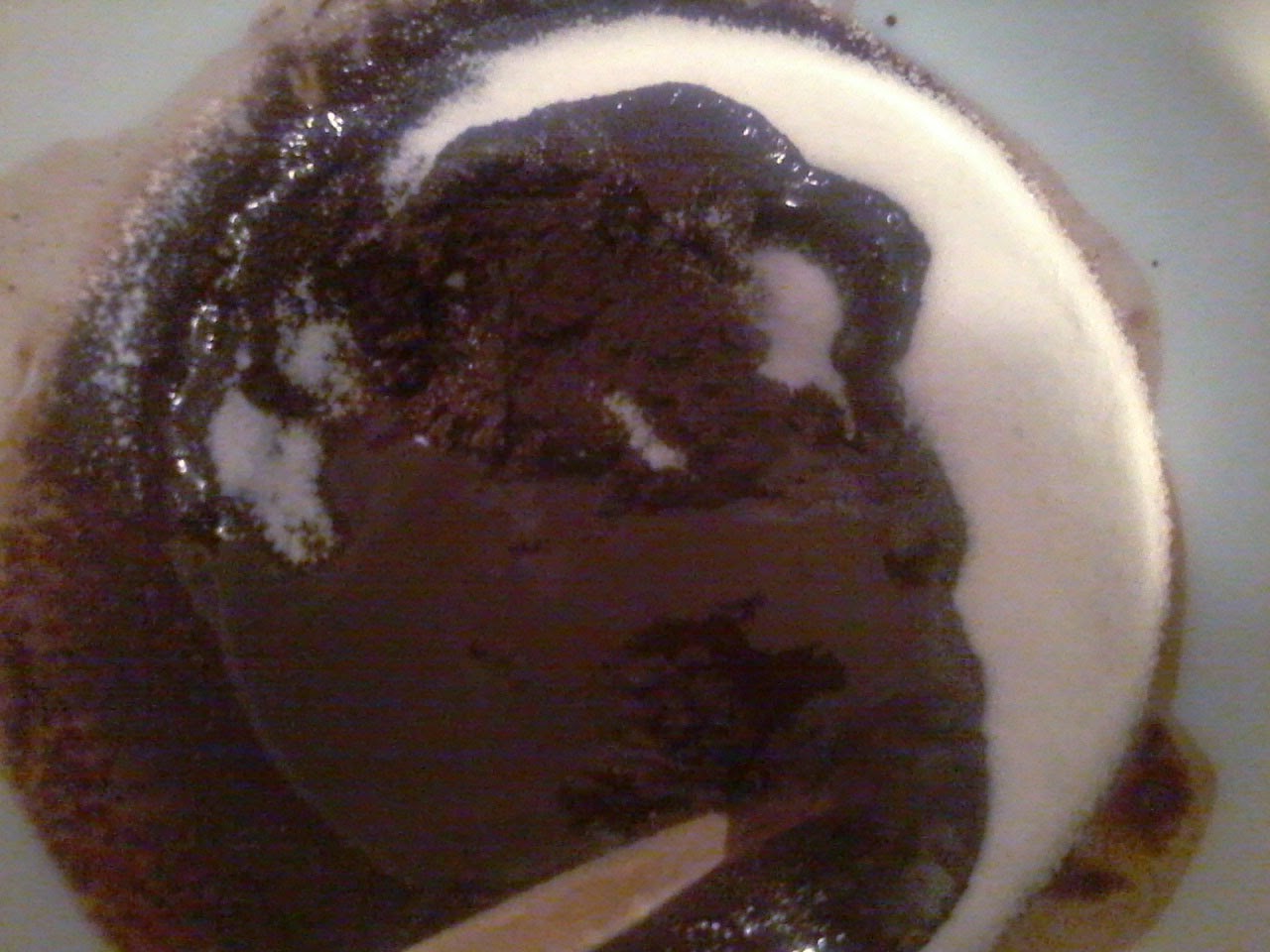 I also... well, it's a recipe for brownies. Just like graphic designers have 14 versions of Helvetica all of which look like Arial, I have an embarrassing number of brownie recipes. There's the one that is really dark but takes forever to mix, the one that is really easy but more sweet than chocolate, the one that's really good with other random stuff stirred in.... Despite this having plenty on file already, I still love trying out more.
This is the most detailed recipe I've seen handwritten in this book aside from something called Chicken Mousse (which will not happen on A Book of Cookrye), so naturally I skipped a lot of the steps, particularly the ones involving getting out a sifter. Who wants to track down where all the flour dust drifted to?
This is all the batter there was. Though no one wrote down a pan size, I think whoever wrote this may have had a smaller one in mind.
Because it was so thin, I decided the written baking time of 35 minutes would yield sad brownie husks. They were done in 15. Disbelieving that they'd be done that fast, I baked them for 20. They were delicious, but slightly overbaked.
Another batch, baked only 15 minutes, was divoon. It was like really soft fudge with a crackly top. These brownies are more dark chocolate than the Betty Feezor recipe. These are some seriously delicious brownies, and you should try them.

Edit: Purely for the heck of it, I sent this to the Weekend Potluck, where I may get a distinction for least fancy photos!
Posted by S. S. at 8:49 PM