The best cheesecake ever for power outages and hot days

Today on a Book of Cookrye, it's the middle of the night and and so we (that's Marcus and myself) are once again busting out the electric mixer cookbook and making...

Is there anything better than cheesecake in the middle of the night? Aside from brownies in the middle of the night, of course. But tonight, it's cheesecake night.
Cheesecake is one of those really polarizing dishes. People either really love it or call it things like "a pan of sugared congealed grease." I fall into the former category (well, duh, I'm making one at 2AM) but find with a lot of recent recipes it's really oversweetened. Also, a lot of people have been adding all sorts of random things to cheesecakes to the point where you can't taste the cheesecake for all the other stuff put in it and on top. Which... why bother making the cheesecake?
This is one of the easiest cheesecake recipes I've seen. It's also got one of the shortest ingredient lists. Unlike certain other recipes, using the mixer actually made it easier (while it's possible to make one with a wooden spoon, it'll be a long time stirring).

As has happened before in Marcus' oven, the cheesecake was a teeny bit overdone. I may make a belated housewarming present of an oven thermometer. The cheesecake had a second degree burn.

Nevertheless, we were very impatient to try it. 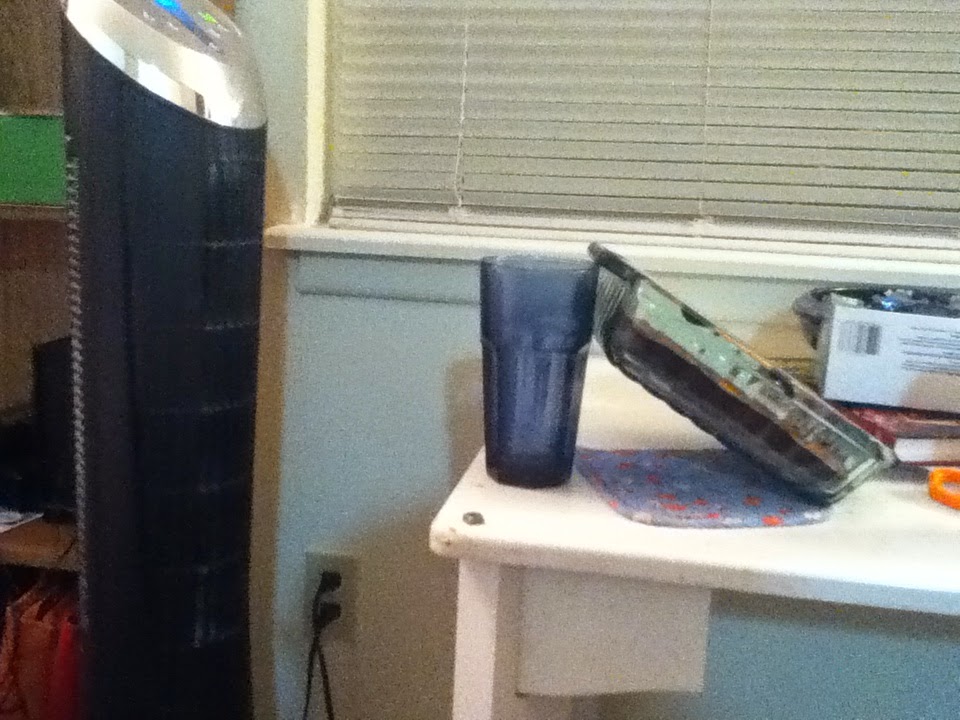 After picking off all the blackened stuff (fortunately, it lifted off nicely) and replacing the cinnamon that went with it, I had this appetizing sight.
Fortunately, this recipe calls for a topping. I had misgivings about dumping sour cream on top (though my mom said she used to get them like that), but it took it from sad-looking to tempting. 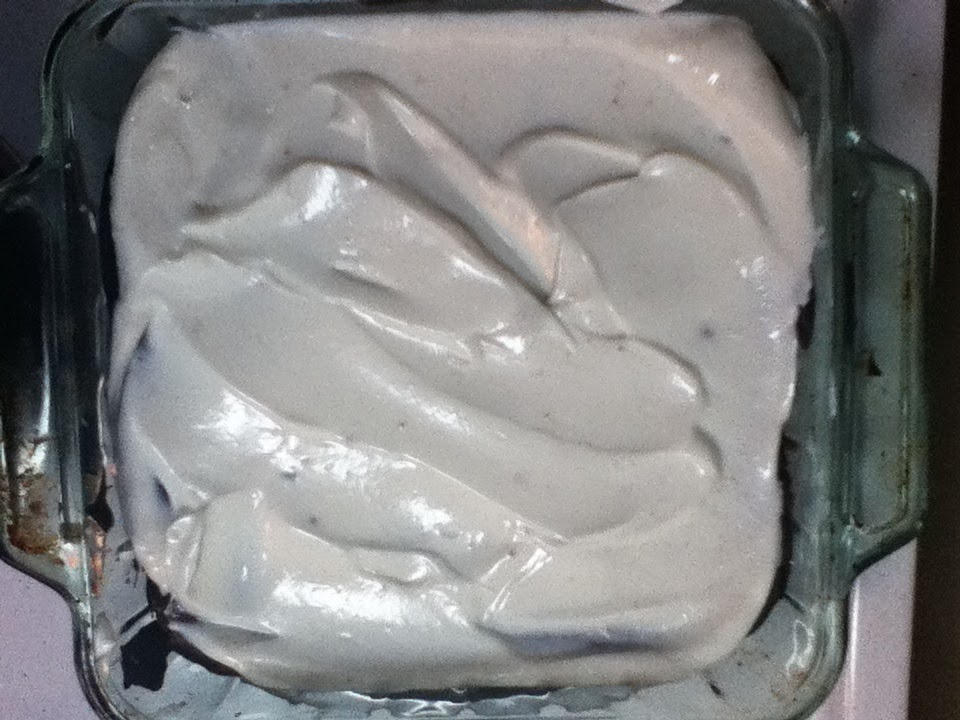 Although it did go kind of scaly after baking. 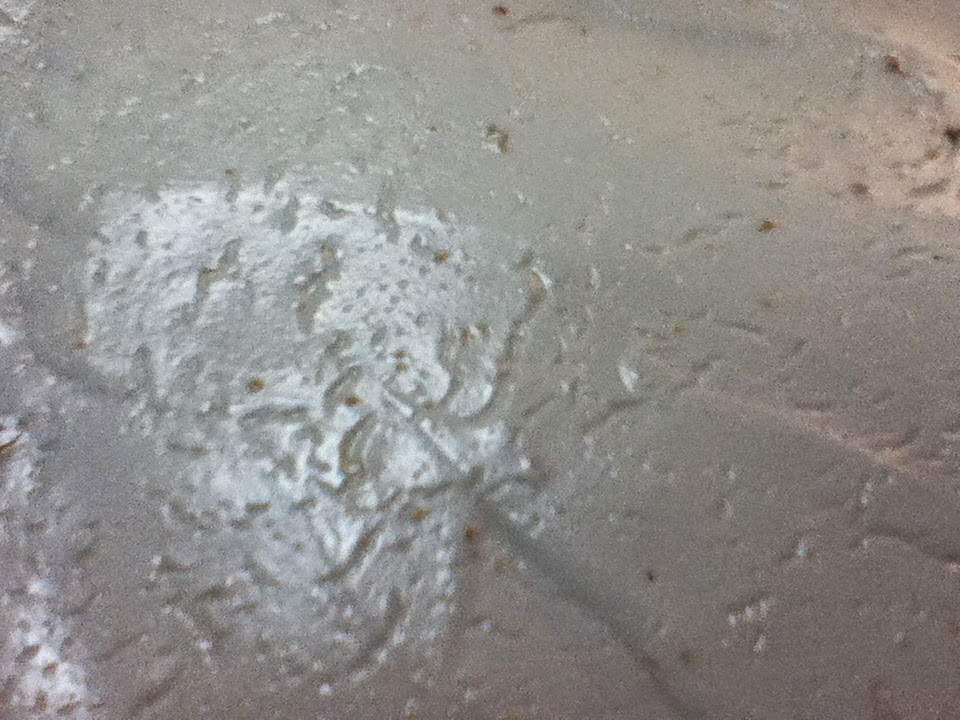 Even if you take into account the cheesecake being a bit overcooked, the top seemed a bit excessively white to me. Whatever. Into the freezer, the refrigerator's taking too long!
So, six hours after I first dumped some really unhealthy stuff into the mixing bowl, how was this? ...Anticlimactically bland. Tasted like it needed something in it though I'm not sure what. The topping tasted like vanilla yogurt- not bad, but it didn't really do anything. More than anything, I was surprised at how bland this was because the batter was amazing and delicious. It provoked reactions like this: 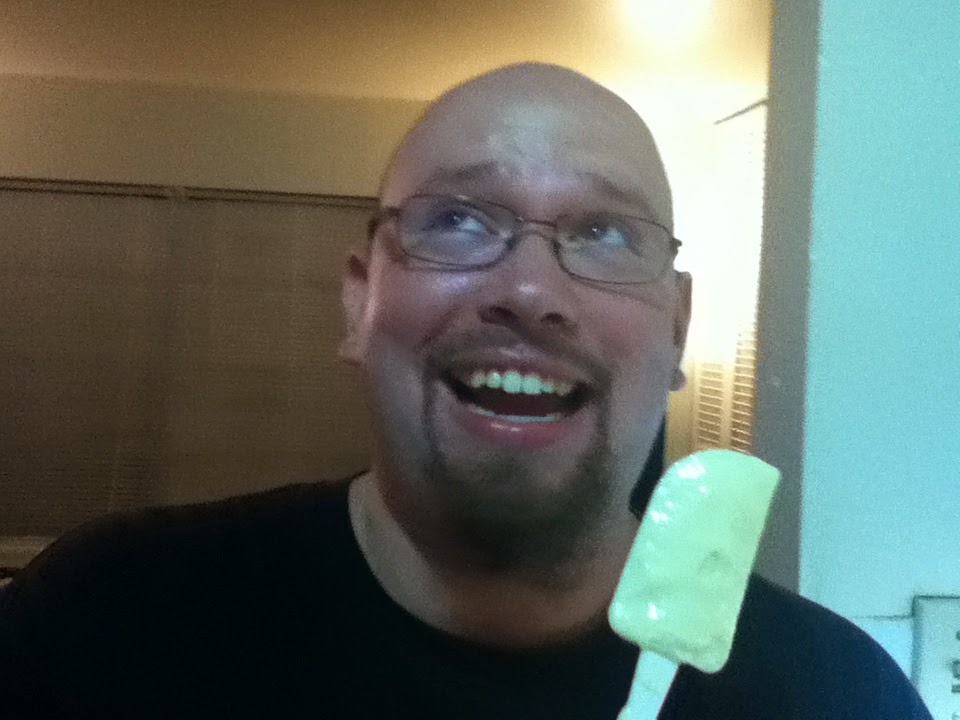 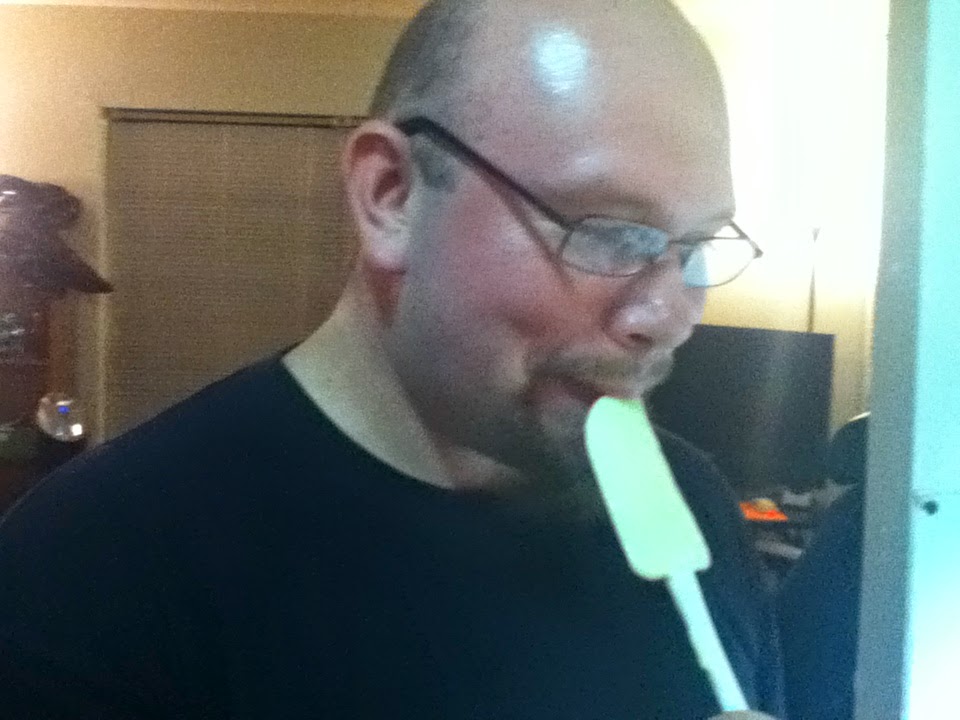 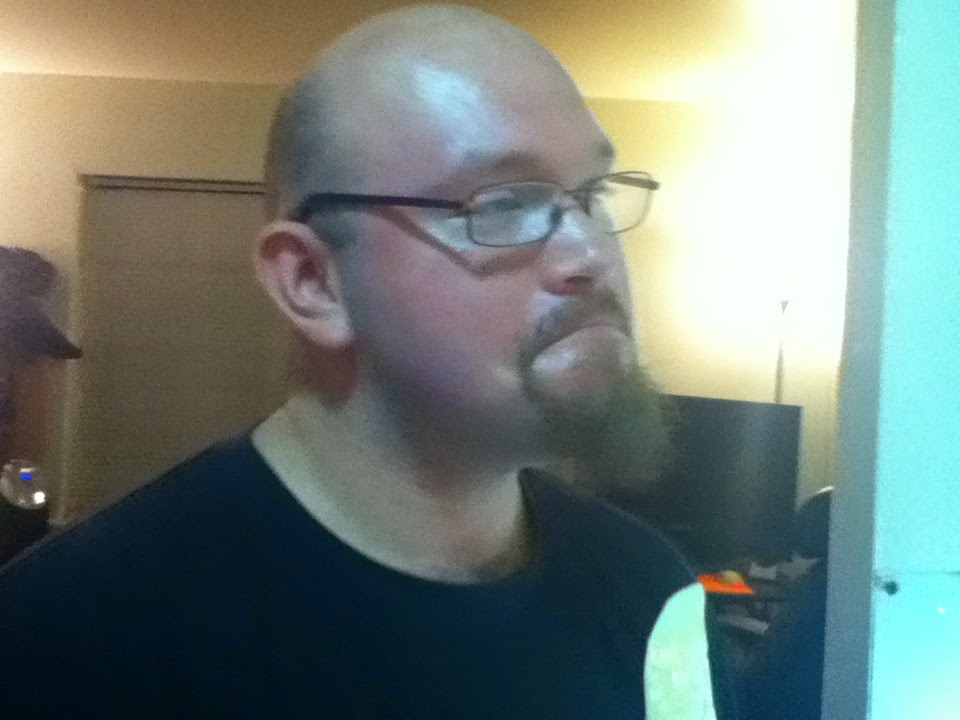 Suddenly, everyone in the kitchen felt a running gag coming on. 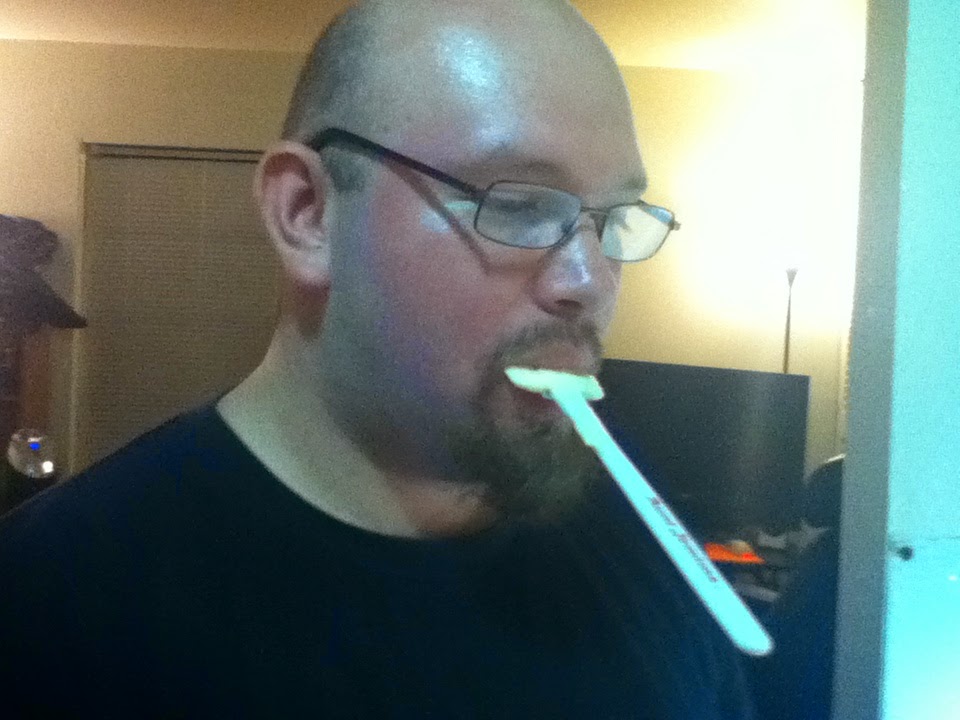 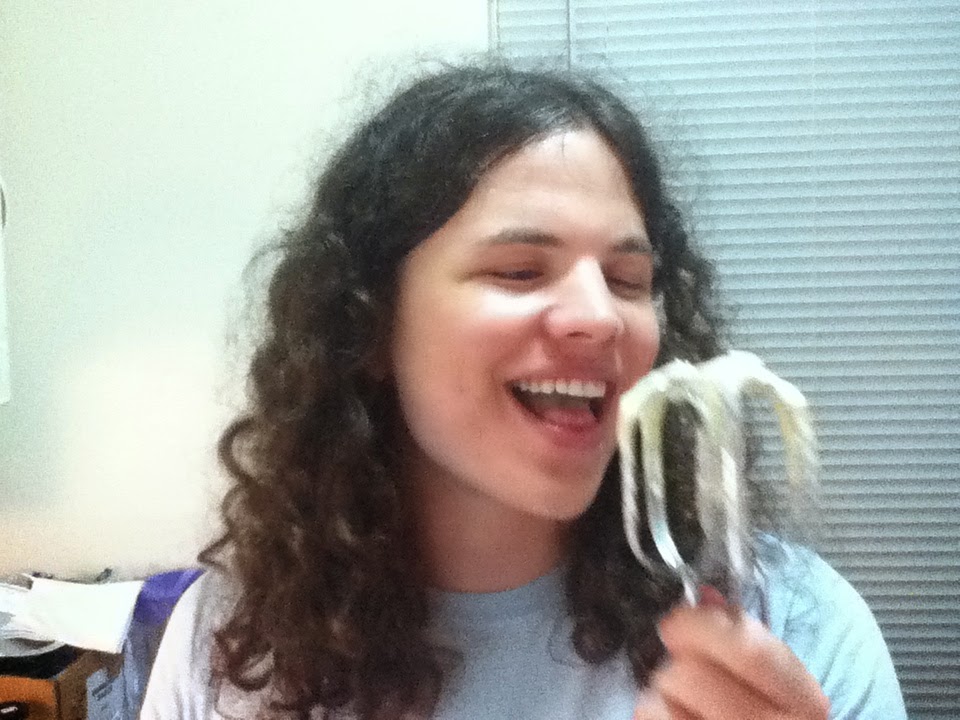 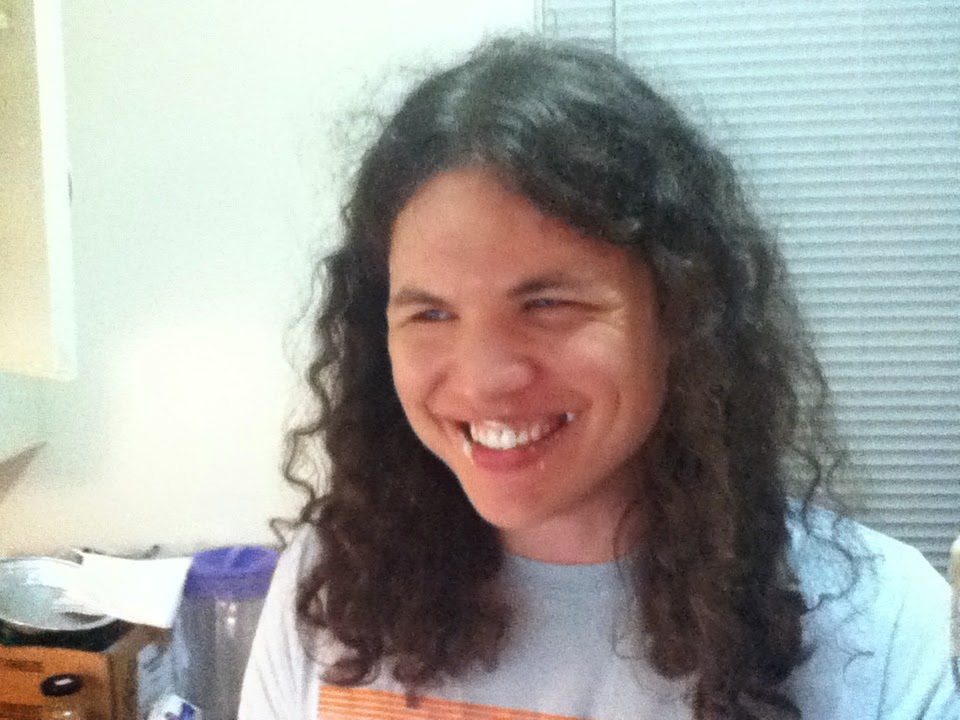 As you can see, the batter was every bit as good as the cheesecake was not. Therefore, I wholeheartedly endorse just making the batter and serving it- just think how much you won't be heating the house in the summertime! Or if the power's out- it's bad enough to have to ration how much you use your cell phone until you can charge it again, just stir this together, get everyone a spoon, and suddenly being without electricity won't seem so bad.
Posted by S. S. at 9:54 AM