We at A Book of Cookrye have regularly fielded the question Do we ever make anything recent? Ever? Well, today we're going to! We present... Banoffee pie!


Can you drop something in boiling water?

This isn't the first time I've seen people boiling condensed milk into cajeta. The Around-The-World Cookbook from Pan-Am Airways has a recipe for cajeta that involves stirring a pot of milk and sugar for hours until browned, as is the traditional way. A note under the recipe says that in many households people just boil a can of condensed milk instead. It may not be quite the same, but the last time I tried it the hard way, literally all the water boiled away and I was stirring a pot of powder.


I actually found it quite odd this was invented in the UK. Cajeta and bananas both come from the Americas, so why did it take someone across the Atlantic to put them together?
You may be thinking "Two to three hours!?", but since all you have to do once it's on the stove is dump in water every half hour or so (assuming you're using a deep pot), you can just leave it and go about your other business. Or, if you're already doing a lot of cooking, just get it on the stove at the beginning. I let it go while I got caught up on a lot of homework.


If you cool them in ice water, you can freak out your friends. Since the outside of the can will cool off first while the center stays really hot, you can lift the apparently cold can out of the water, hand it to someone, and tell them to shake it. It'll go from cold to really hot in their hand in seconds. Incidentally, you can also tell it's cool enough to take out of the water and open without worrying about scalding milk splatters when you shake it and it doesn't get warm.

As it's cooling, you can get out your best cutting board and slice the bananas.

As you can see, one can just barely covers it. If you want the bananas completely coated, you'll want to boil two. 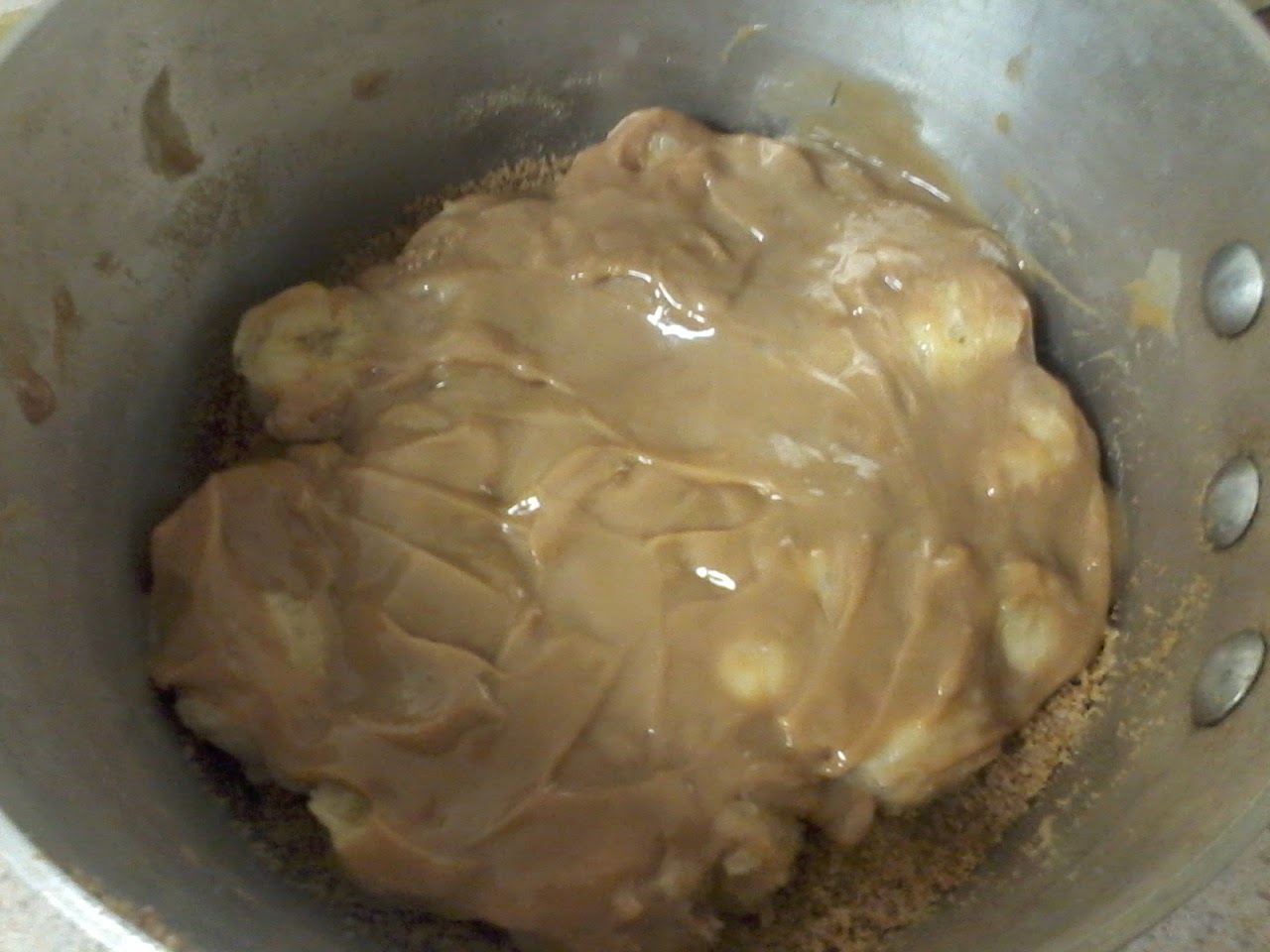 As it is, it comes off looking like a sort-of... I don't know. But it's good. I was kind of swarmed with people once word got out.