It's another Second-Stab Saturday here on A Book of Cookrye! Today, we are sanitizing tea trays (so exciting, right?) and attempting to make Mom's cookies properly.
You see, I wrote her asking where she got this recipe from, and she replied that she got it from a friend in the early 90s (we still get Christmas cards from them) and that fact I'd inadvertently run off with the Christmas cookies we've covered with fanciful (if not inept) icing decorations ever since we were kids.


Every other week or so, I bake a batch of something or other to properly sanitize my tea tray. Why do I have a tea tray? Because I am immune to alarm clocks and had to order one of these: 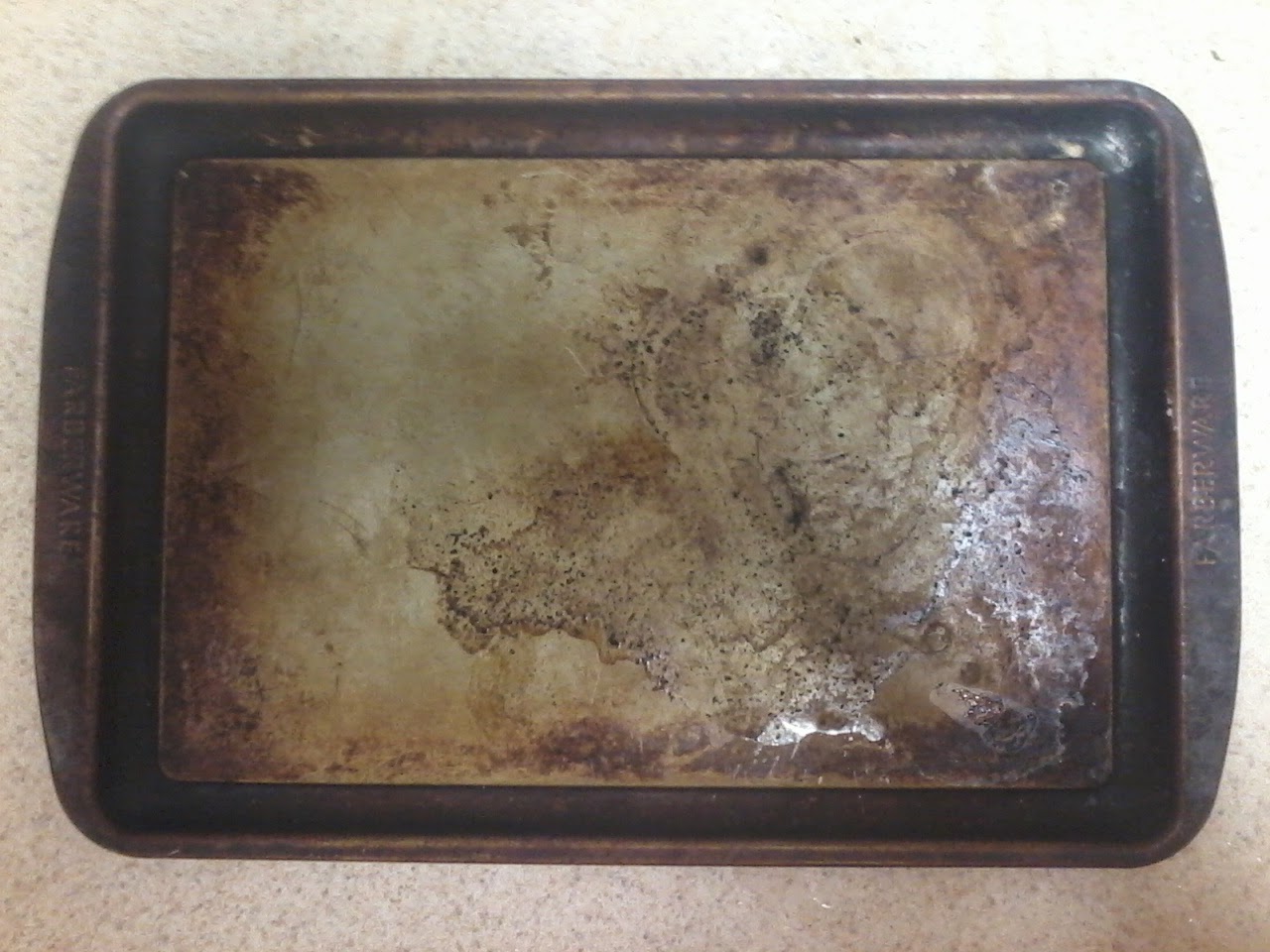 And so it must be washed and sanitized! Why sanitized, you ask? Because I worry so much about whatever took up residence on a constantly-damp surface and the oven is a perfect fix. Also, as long as I'm baking the pan, why not put cookies on it? Or brownies? Or... well, it depends on the week. It's also a nice little "Congratulations, me, you survived the week!" present.
So, for this week, it's cookies! I may not have recognized it as Mom's Christmas cookie recipe since, unlike every Christmas, no food coloring was involved when I made them. Having no shame in my tight grocery budget, I skipped buying some in favor of asking Marcus to cadge some off his parents the next time he visited. I think the box may have been in the cabinets a while...

And thus I decided that these cookies would be... somewhere between cyan and teal. I've dissertated previously how much I fricken love putting random coloring into desserts. Perhaps I should be all grown up now, but a birthday cake is so much better if it's bright blue. Besides, it's so magical when you put some drops of black stuff into your food... 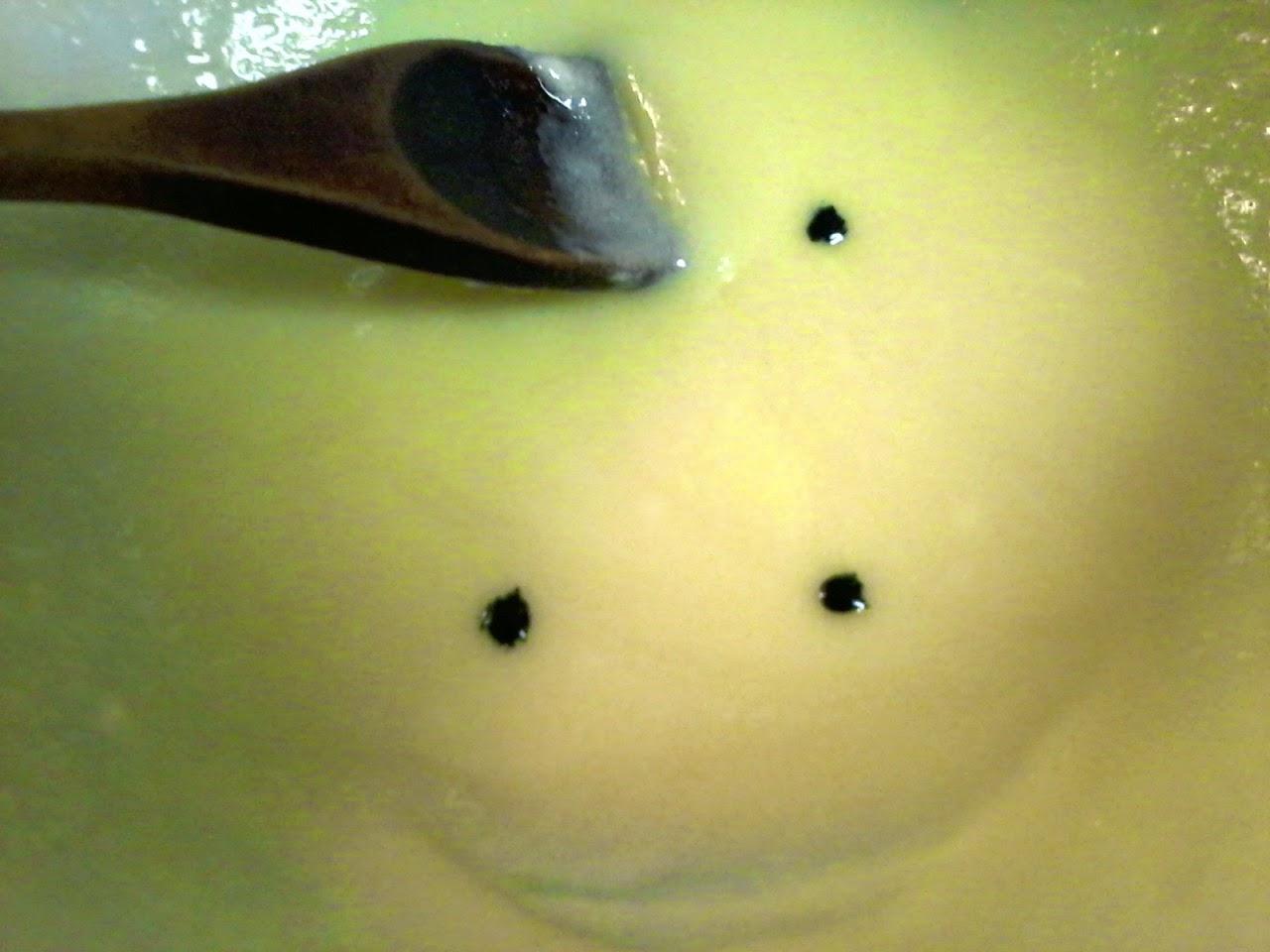 ...and it turns into pretty colors!

Looking at the cookie dough, it's kind of surprising I didn't attempt to eat Play-Doh as a child.

Even though at home Mom always does this with a cookie cutter, I went the easy route and just rolled it. I also skipped refrigerating it because patience is one of those things other people should definitely consider trying. 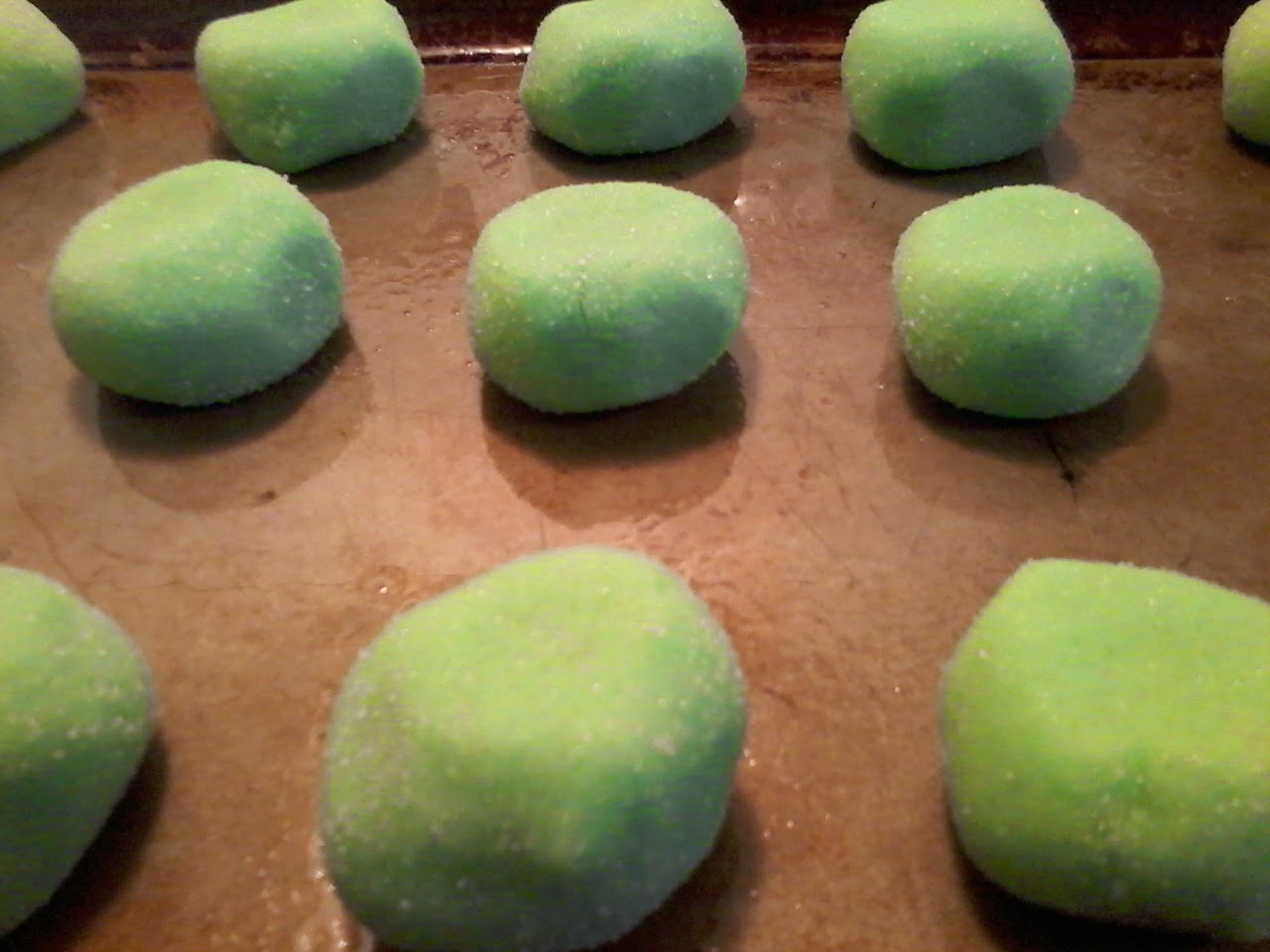 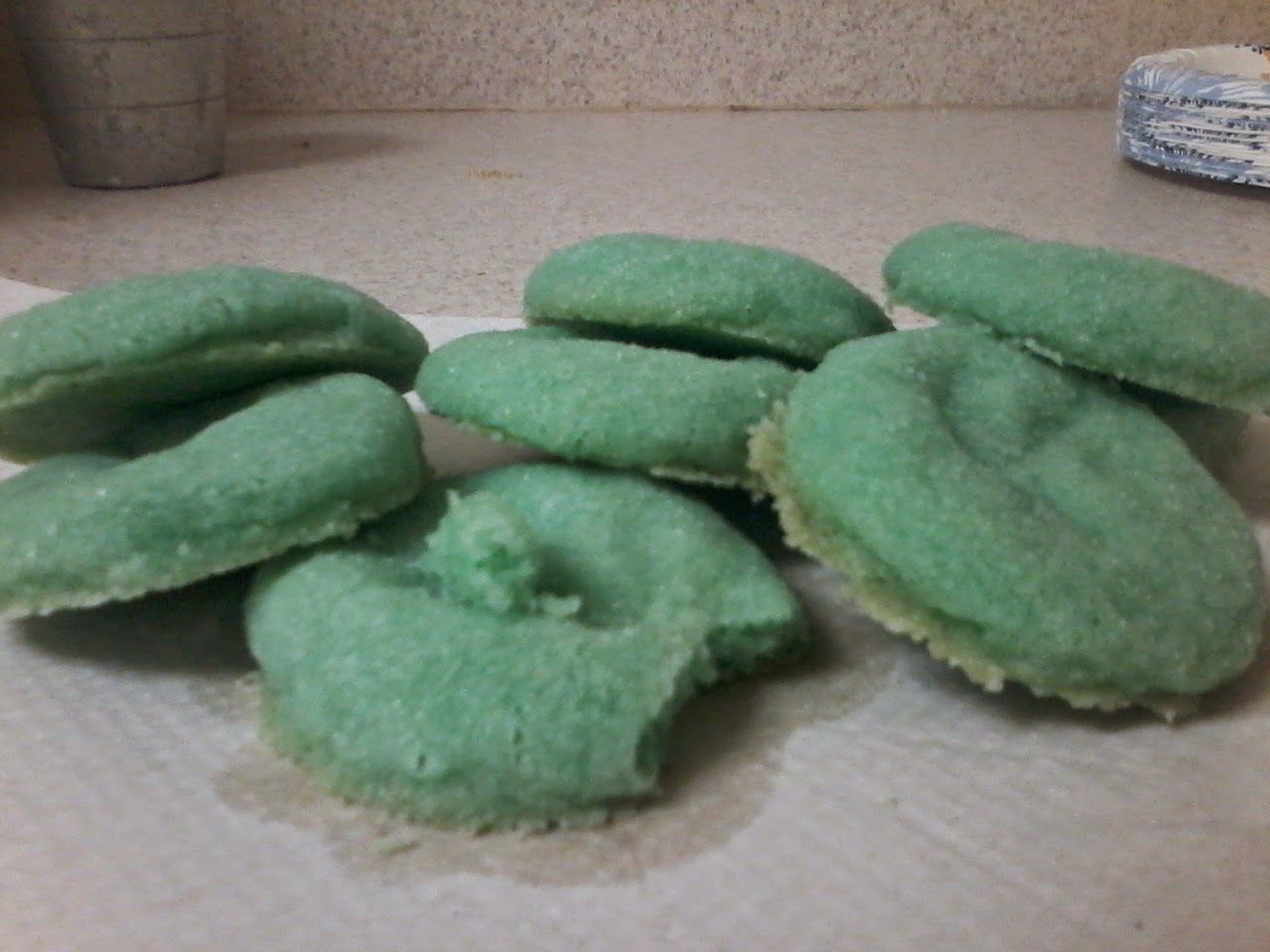 And... these are delicious. They're amazing. They're ridiculously easy. But you know what? My Mom still makes them better than I do.
Posted by S. S. at 3:07 AM