Rose-Marzipan Spirals: The results of watching the discount rack 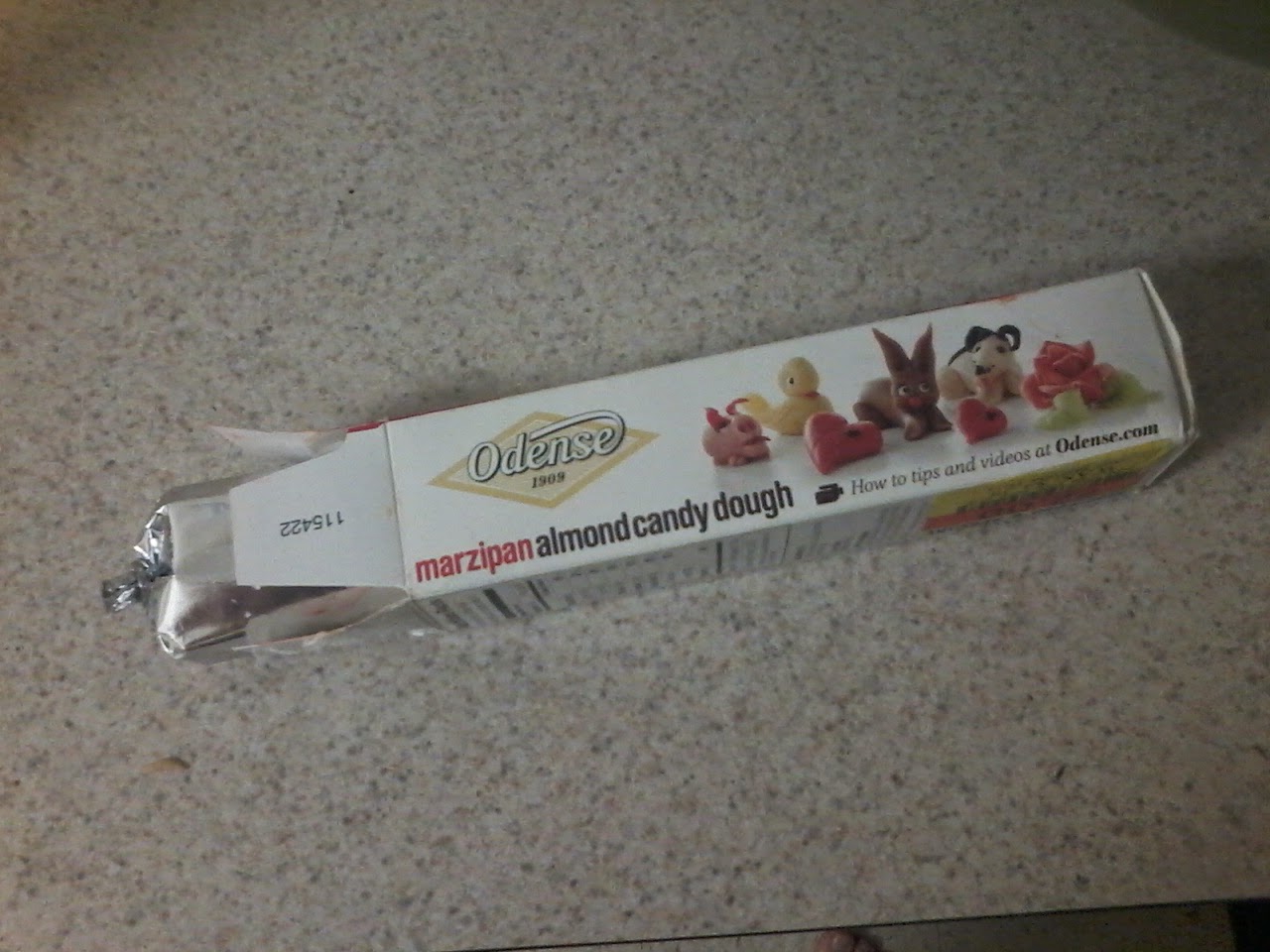 
Tonight we are doing something with this cookie recipe and the marked-down marzipan! Also, we are going to make them pink because for some reason we have a lot of red food coloring.
Marcus' parents sent him home with this when he visited and asked if they had any food coloring for... you know, I forget what we meant to make. All I know is we're set to make three heart attacks' and a diabetic stroke's worth of red velvet cakes. Where does one buy this much food coloring?

Having carefully dripped some drops into the dough, it was indeed pink. There may be no point in coloring late night homework sustenance, but we all have our ways of amusing ourselves. Besides, it would go well with the rose water.

Some people can roll things out into neat, tidy shapes. My great-grandmother could roll tortillas into perfect circles. I'm more like my sister, who once lifted the dough off the counter, held it up, and said it was Massachusetts.

And so, after sticking the cookie dough piecewise onto the marzipan and carefully turning it over, we had a floury beige patty with pink fluff underneath.

And so, to carry us through another long night of work, we have this pink and beige roll! The colors work surprisingly well.

This may be the prettiest slice-and-bake I've made. Or maybe it's just really late.
Even the end of it looks vaguely like a flower bud. Or at least, what a flower bud might look like if you cut off the bottom half.

We actually got surprisingly neat slices given how... er... free-form the roll was. 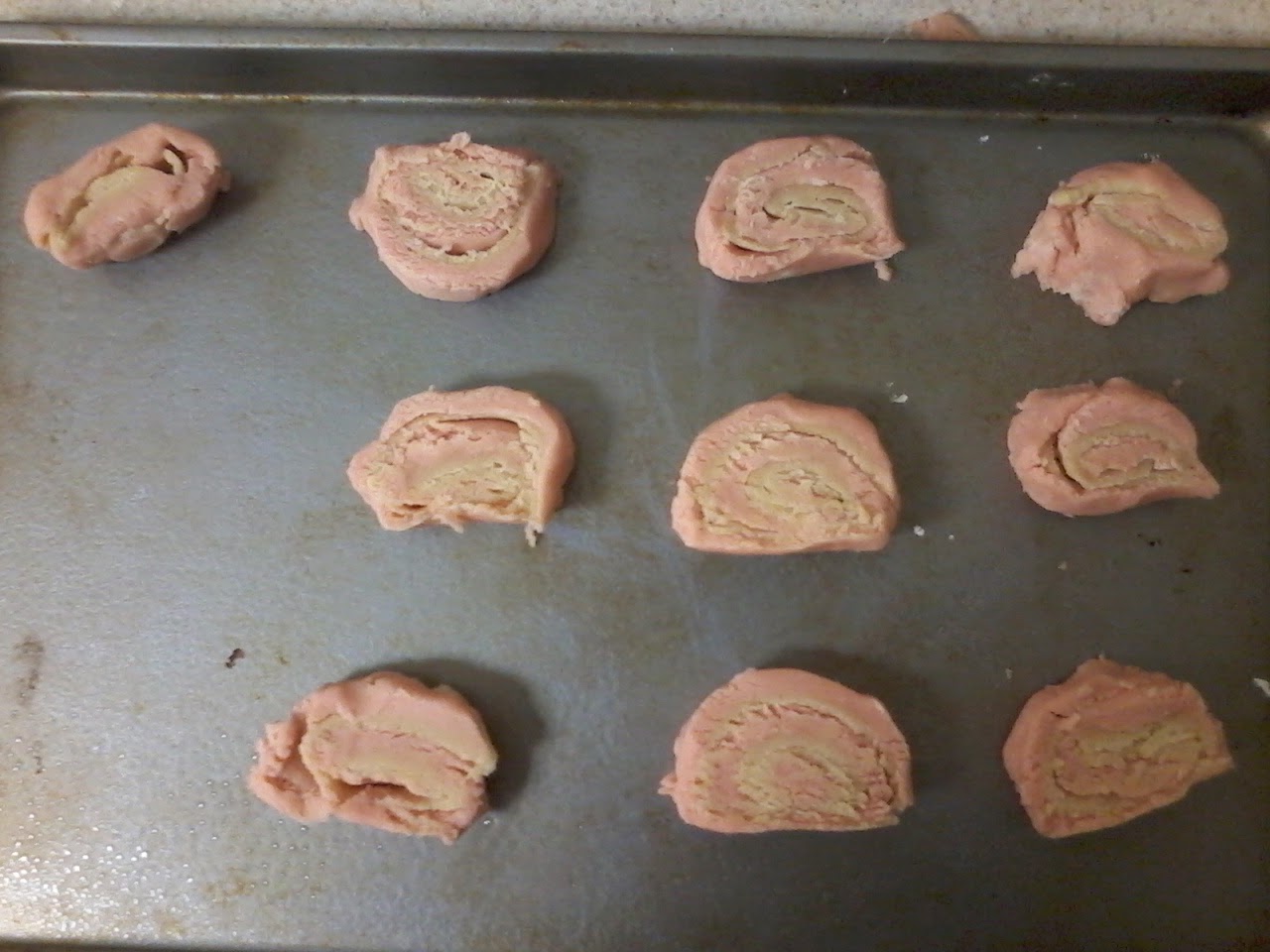 As they baked, we pondered how wrong they could go. A bit leery from the barbecue sauce brownies, we reminded ourselves there was nothing too unusual in these. The worst we had to fear was the cookies falling apart.

Look at how pretty they are!

The only problem was that I might have left them in the oven about 5 minutes too long. The marzipan caramelized on the bottom. If you like the way a Butterfinger stays in your teeth, you wouldn't mind. 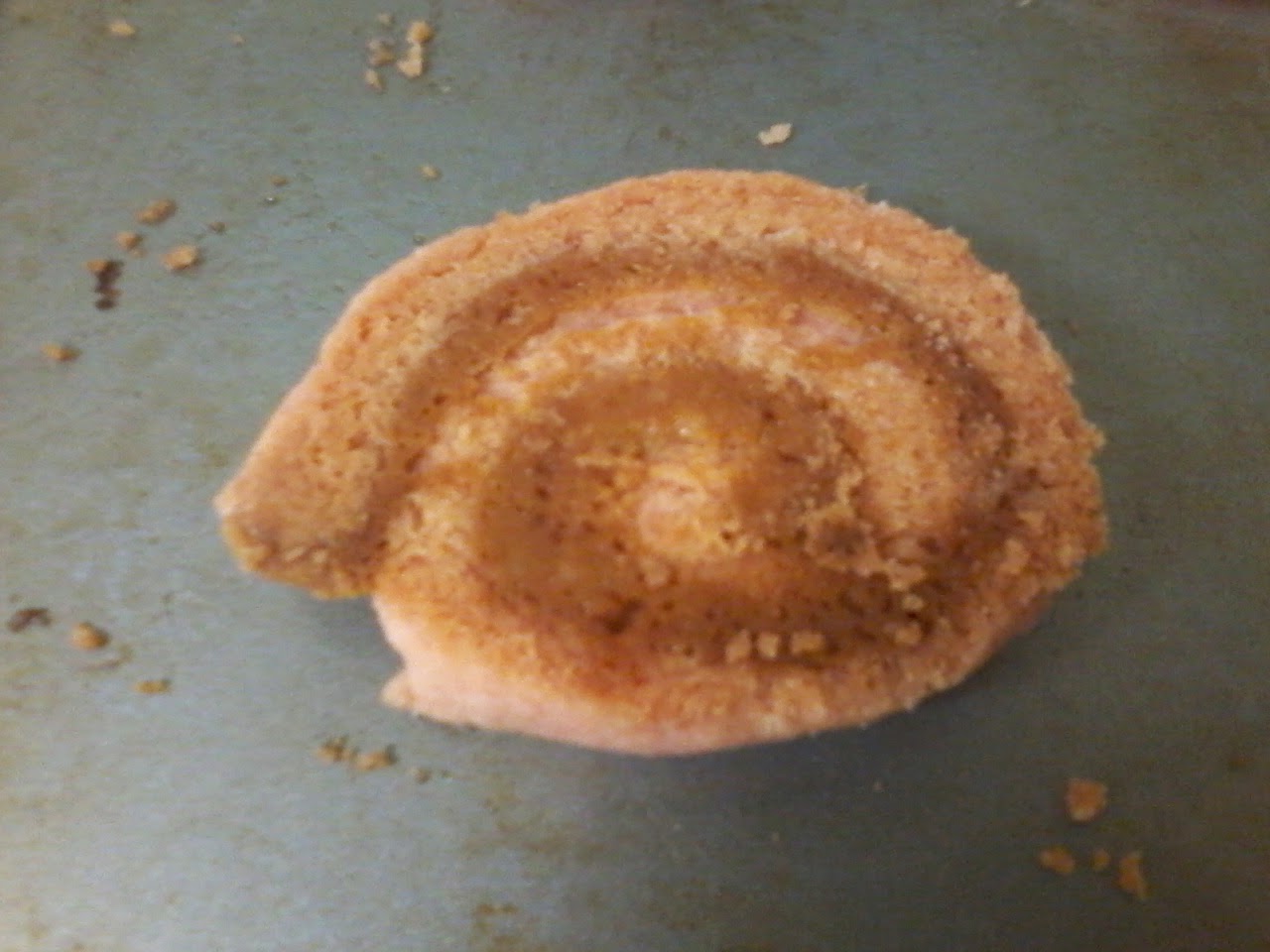 Since it was early enough for people to still be downstairs, I ended up getting several opinions on these, by which I mean people kept asking for one and I couldn't turn them down since I regularly waylay anyone with a pizza box. Everyone liked them. The only thing I might do differently aside from baking them less is maybe cut the dough slices in half. These were kinda big.