Today on A Book of Cookrye, we're looking at recipes from a time when women tried to reform America by way of home economics!


After a cheesecake recipe that involved three egg yolks, we had three unused egg whites, so cupcakes it is!
We found this chart in Perfection Salad by Laura Shapiro, but it scanned so badly we went online and found the original book in its digitized entirety. In an effort to make this seem all scientific and such, the author reduced all these cupcake recipes to a single chart with some really generalized instructions on cake mixing above it. If you didn't already know how to make cakes, the instructions would be of no help. If you already know how, you'd have skipped over them anyway.


By the way, if you don't have a cupcake pan and think you'll get by just carefully setting the little paper cups of batter on a plain pan, this will happen.

In keeping with the massive trend in scientific cooking when it was published, this promotional recipe pamphlet is full of statements like this one over in the bread section: "A part of the crust is changed to dextrine, which makes it sweeter and more easily digested."

Digestibility was big business in the era of scientific cookery. Analysts carefully dissected everything to see whether it aided digestion, was indigestible, took too long to digest, etc. However, the state of nutrition as a scientific field being what it was around the 1890s, it was not the best time to attempt to digest the latest dishes to come out of the scientific kitchen. Digestibility also spilled over into the world of advertising in amusing ways. Shortening was digestible, lard was digestible, sugar was digestible (and a great source of energy!).

But getting back to this recipe chart. It was meant to make cake recipes look all scientific and codified. This was the most modern way of writing recipes- a complete reversal of the recipe paragraphs in cookbooks a few decades earlier that read something like "Take 4 ounces of butter and mix it with a teacup of sugar...". It also means the cook is very likely to have accidentally read from one line above or below the intended one for some of the ingredients, but that's the price of modernity.
Rather than seeming innovative, it makes all the cake recipes look the same aside from the flavoring. I just look at this and wonder why they didn't run a single cake recipe and a long list of suggested extracts and other variations. It also seems lazy- like they knew an advertising cookbook is supposed to have a lot of cake recipes so they just flung them at you in one page to get it over with. At the same time, it is kind of convenient when matching a recipe to what you have in the kitchen. I picked #58 because it called for three egg whites, and (as previously mentioned) I saved exactly that many when making the cheesecake which required three egg yolks.

Clearly Miss Andrews (who appears to have been a fictitious mascot aimed at housewives- kind of like a less successful Betty Crocker) had no faith in baking powders, since after using a very high amount for so small a recipe, she added stiffly-beaten egg whites anyway in case it didn't work. Granted, early baking powders were apparently an iffy proposition.  An image search for 1890s baking powder ads shows a liberal use of words like "pure," "reliable," and "perfection," and phrases like "success ensured" which make it sound like such reliability didn't happen often enough for such success and perfection to be implied. In a scene in Anne of Green Gables (published 15 years after this recipe book) which I identify very deeply with, she accidentally flavors a cake with skin medicine. As soon as everyone tastes the cake, she blames the baking powder and insists she'd had suspicions about that baking powder. 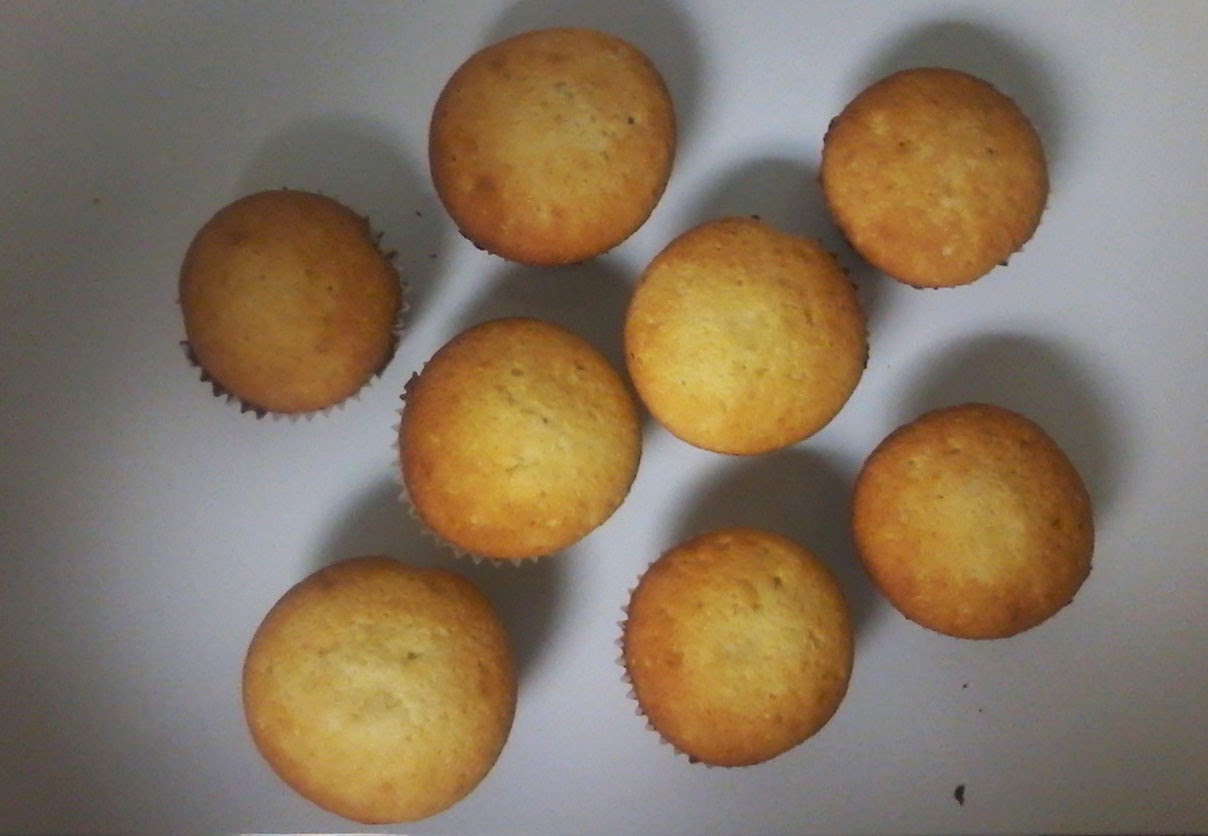 Since the baking powder worked, these double-leavened creations are the lightest, fluffiest cupcakes we at A Book of Cookrye have ever made. Since we still had most of a half-pint of cream left over from the cheesecake, we decided to use it for icing rather than letting it rot in the freezer.
Buying cream is always unnerving when you have a 2-mile bike ride over bumpy roads between yourself and the grocery. One always worries that one will open the carton to find lumps of butter floating in it. But since the cream survived the journey, all we had to do was splot it on top and it ended up looking kind of pretty. 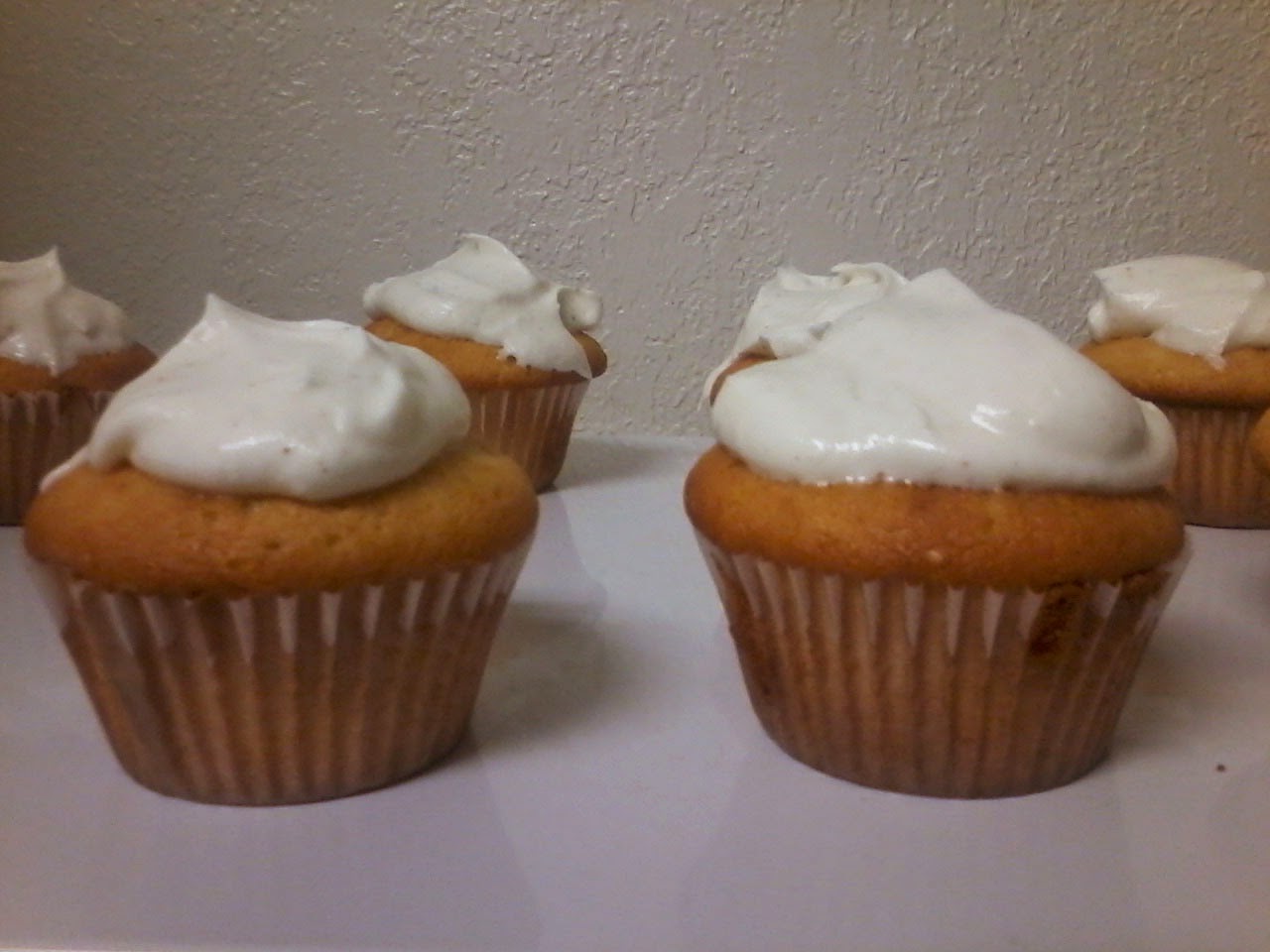 And so, the scientific, modern cupcakes of 1893 are delicious! This recipe makes a very nice amount- you'll have a decent-sized plate of them, but you won't have an army of cupcakes conquering all the vacant territory on the kitchen counter (nor will you have to pull batch after batch out of the oven).
Posted by S. S. at 7:29 AM