So what do Egyptians do with cauliflower?

We at A Book of Cookrye got this intriguing book at the library. 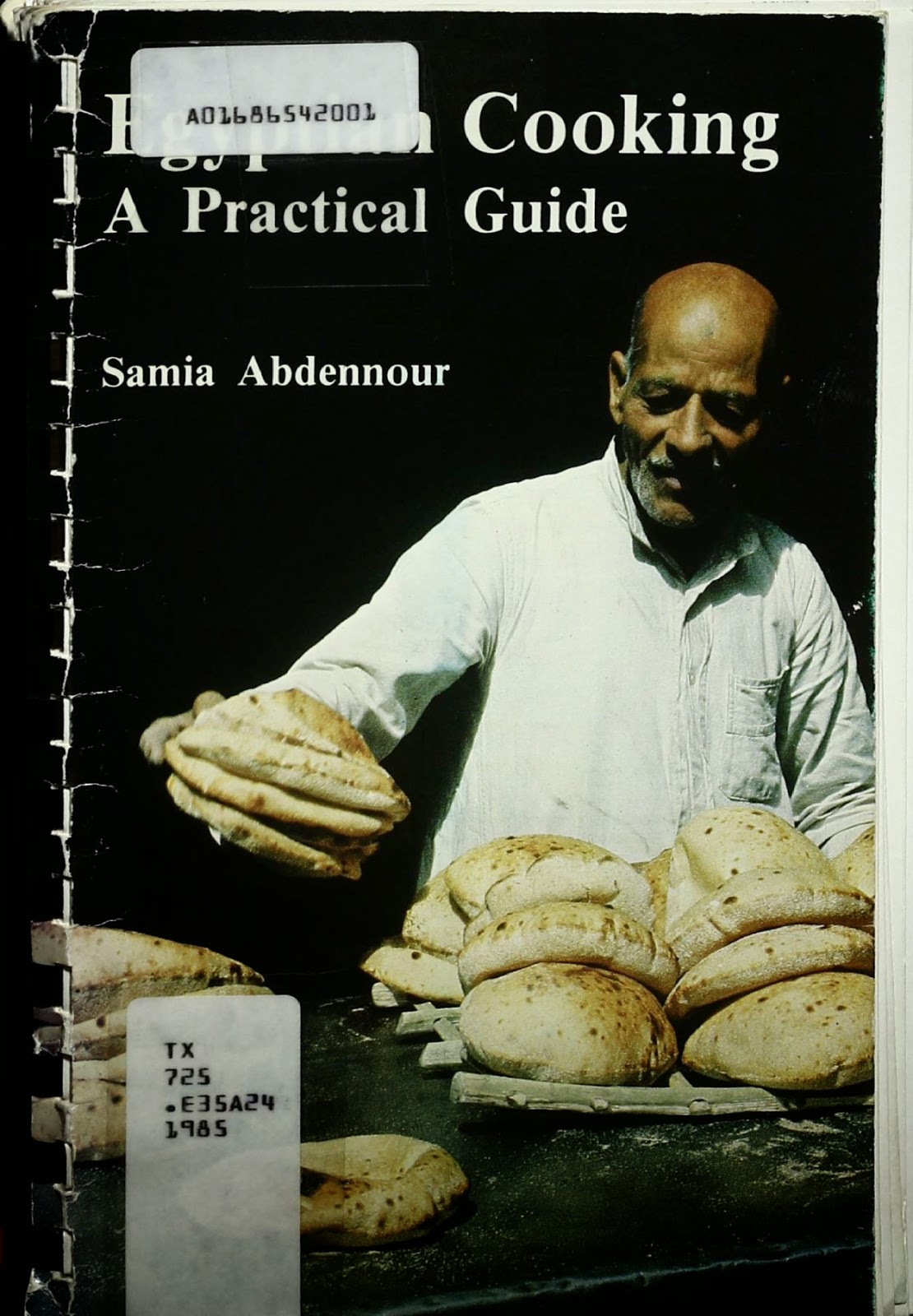 Doesn't the bread that man is stacking look delicious? Since cookbook publishers usually put one of the best recipes on the cover, I was most disappointed when this proved the only mention of bread in the entire book.

However, we at A Book of Cookrye have never had Egyptian food before and figured now's as good a time as any to try it. Which brings us to... 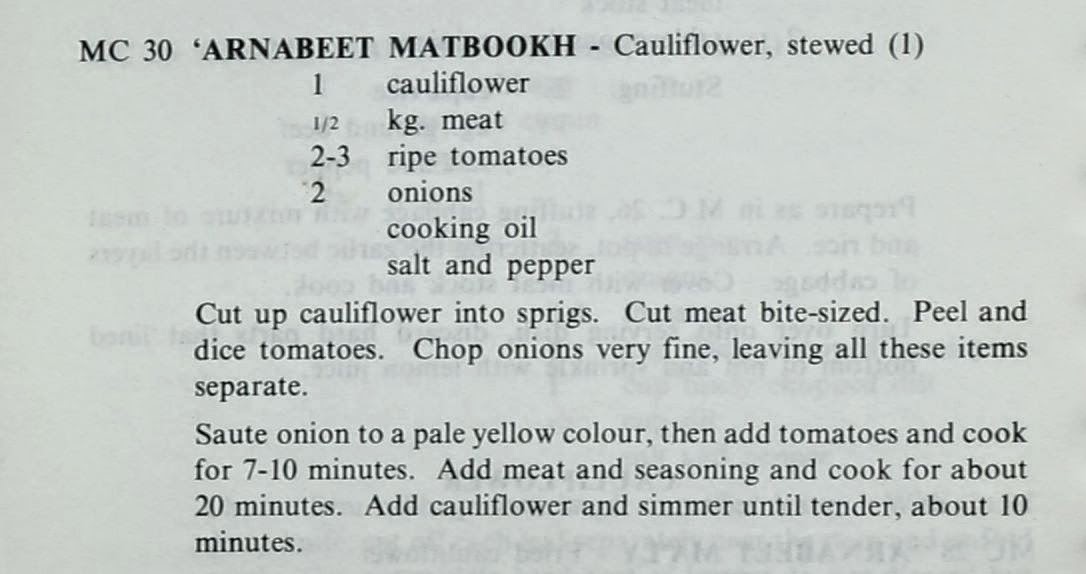 We at A Book of Cookrye often lack the nerve to try a small portion of something new and then go home and make a large batch of something very much like it. I think it's because when you make something yourself, even if you've never had anything like it before, you never have that moment where you stare at your plate and think "What's in this?"

Contrary to our foreign-food expectations, the recipes in this book aren't heavily seasoned and made with things you can't get in the US. There are a few combinations that we would find unusual (a chicken casserole a few recipes down from this has nutmeg and cinnamon), but a lot of them, like this one, barely seem foreign.

This later got us to thinking: Why is it we think if food is foreign, it must be weird and strange to us? Why do we expect that if we leave the country, we'd barely find any ingredients we use at home? You know, things like onions and tomatoes.

So how do Egyptians cook cauliflower? It turns out they use a lot of meat. By a fortunate coincidence, stew pork was half off! They'd already taken out the bones and cut it into little cubes! Do you know how rare it is for the meat department to do all the work for you and them mark it down so steeply? Granted, the butchers didn't do all of the work for us- we still had to cut them in half. However, when meat is as cheap as this was, we usually end up having to pick out a lot of skin and bones.

Having taken the liberty of doing some reading on Egyptian food, I found one guidebook that said if a recipe doesn't specify what meat to use, the default meat is mutton. However, hardly anyone in America cooks mutton these days, so discount pork it shall be. It did set me to wondering why you don't see mutton on American tables these days- older cookbooks (we're talking 1850s and back) have sections of mutton recipes of about equal length to those on pork, beef, and poultry.

By weight, this has more meat than cauliflower in it. We've had fruit and cheese passed off as vegetables, so labeling meat as vegetables is comparatively normal.

This had so much meat and bleached broccoli that all that onion and tomato barely coated it. I guess that's what's foreign about this: a decent-sized basket of tomatoes and onions gets reduced to a seasoning. 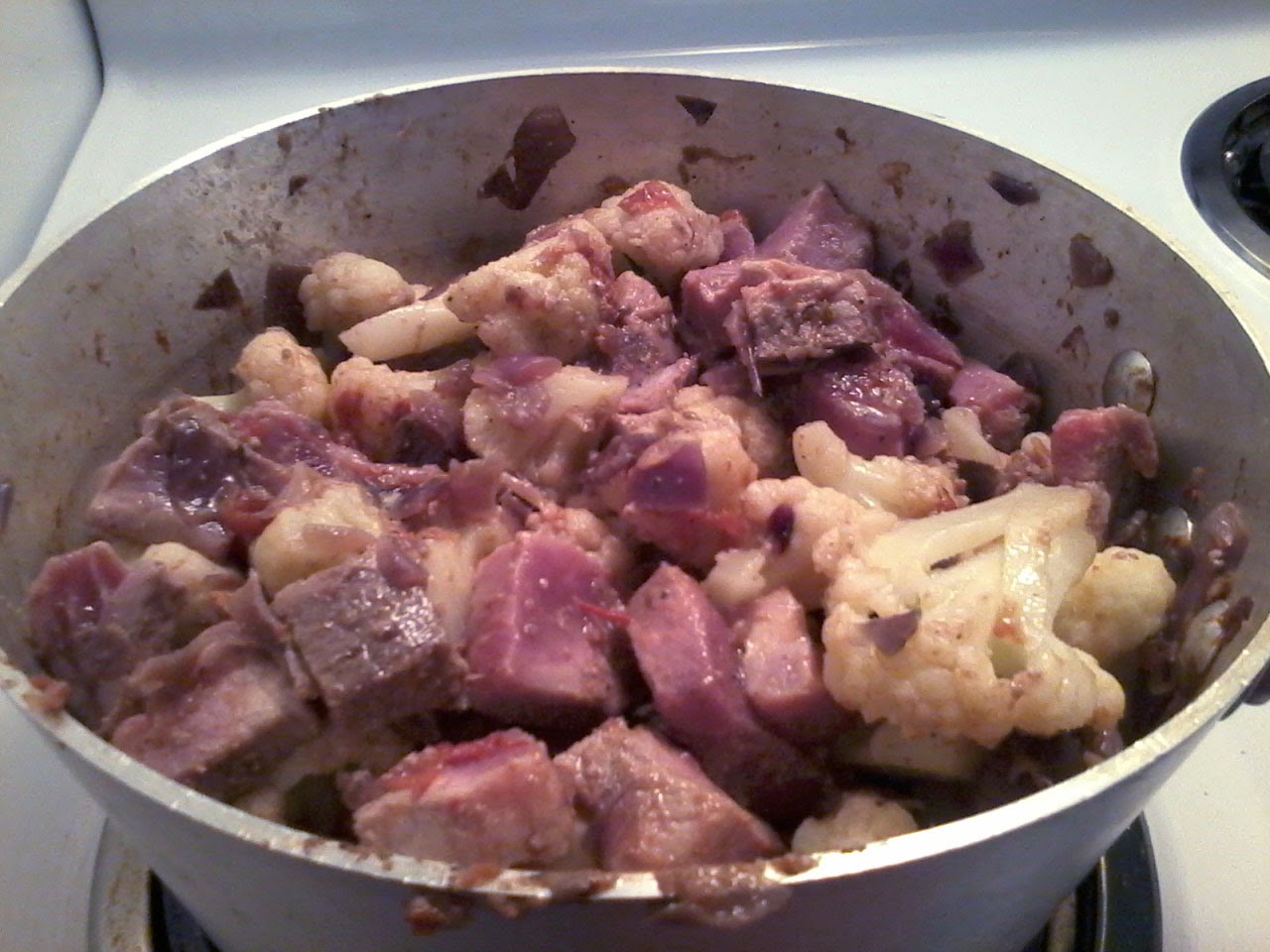 The prepared food counter at the Middle-Eastern grocery has a pan of something that looks almost exactly like this.
Going off of what I've made with cauliflower, it has so little flavor of its own that it tastes like whatever you put on it. Since tomatoes, onion, and meat are a seasoning packet away from spaghetti sauce, this tastes pretty dang good. 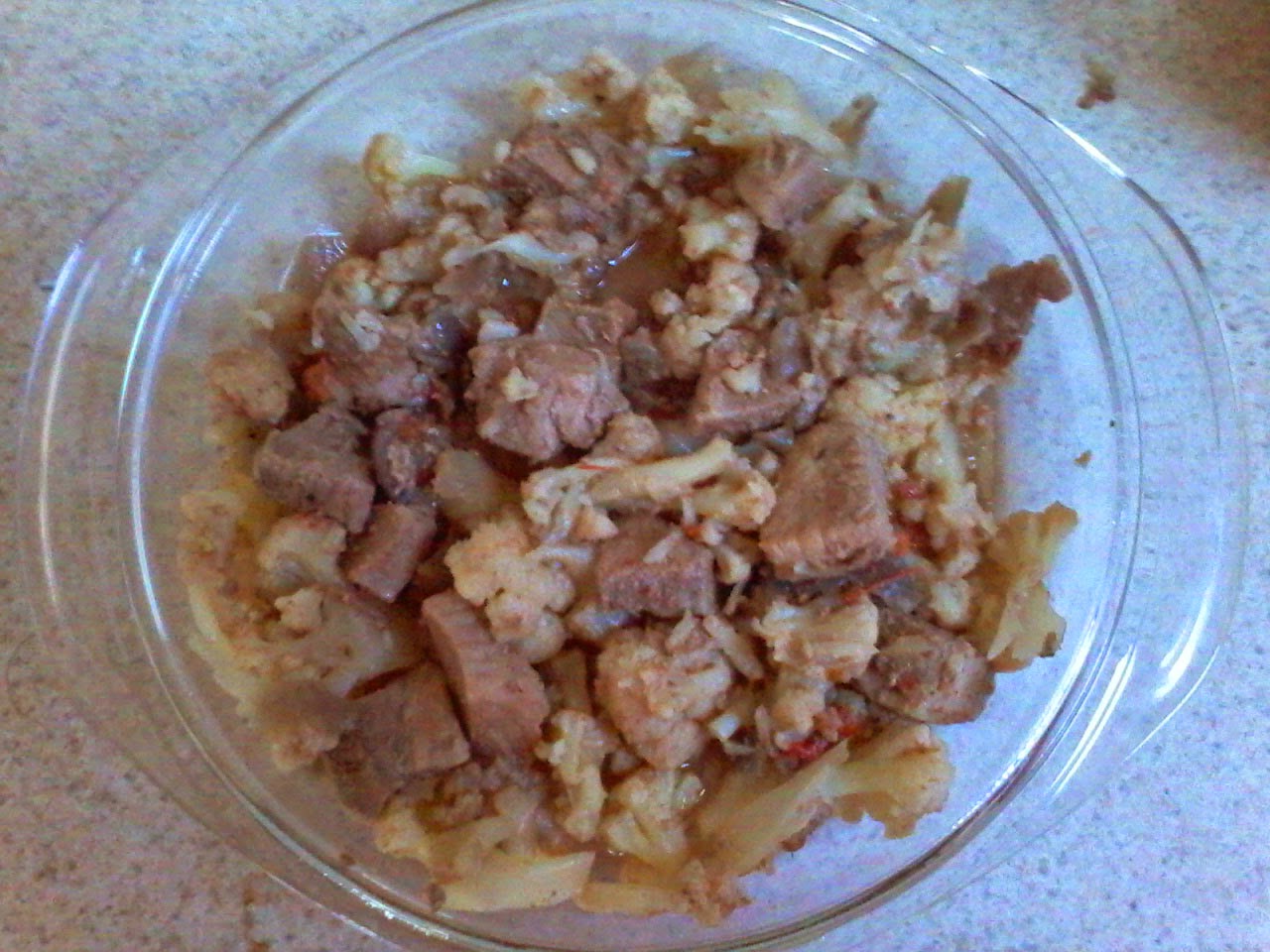