We at A Book of Cookrye have been wondering- what the heck do we do with the rest of the cream cheese from the strawberry pie? We try random substitutions on it, of course!


Yes, indeed, we're using it instead of butter in a cake. We read somewhere that you can, so today we're going to find out.

I have to say, this is the most delicious cake batter ever produced in the Book of Cookrye kitchen. I handed the bowl over to a friend mid-conversation saying "Here, taste this."  After barely dipping his fingertip into the batter and tasting it, his eyes went really wide and after a couple of seconds, all he managed was "....whoa." 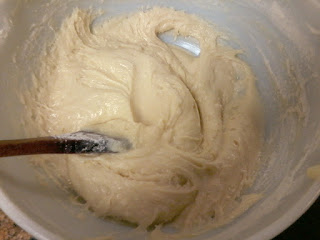 It tasted like cheesecake dip. We at A Book of Cookrye had ecstatic hopes of accidentally producing the love child of cheesecake and regular cake. We also really wanted to forget this silly oven business and get a spoon. 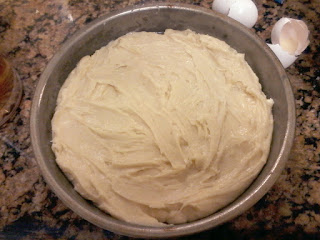 However, we baked this anyway. Well, we baked the majority of the batter at least. We may or may not have made sure we did a lousy job of scraping out the bowl. So, we ended up with a lumpy cream-cheese based landscape thing. 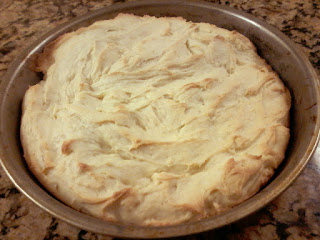 It actually kinda looks like a landscape if you squint your eyes just a bit. It held its shape so well, not even leveling out a little. We considered that we could be on the way to discovering orgasmic cheesecake cookies. 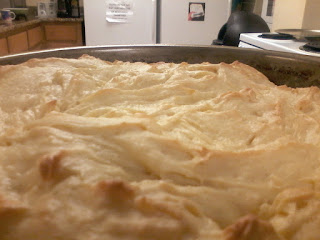 However, our hopes of cheesecake cookies were dashed when we tried it. It tasted so ordinary. It's a good cake all right, and somehow it ended up finer-textured than they usually do, but the cheesecake flavor got baked right out of it. It's still a good cake, though.