You know how sometimes an idea keeps metaphorically itching the back of your mind until you just have to?


In all seriousness, our last experience with a mayonnaise cake was a sad, paste-like failure. However, the idea of a mayonnaise-related dessert item kept bothering us. Mayo desserts are all over the internet. The theory behind them (mayo is eggs and oil therefore replaces those in recipes) is solid, if not a little off-tasting. Therefore, let us throw aside our eggs and butter and use a great big spoonful of this! 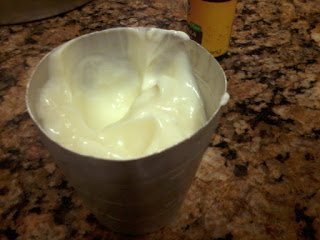 We at A Book of Cookrye have made a lot of strange things in our time. We've even made sweetened kidney pies. However, for some reason, seeing little splots of vanilla and nutmeg on top of sugar-mayonnaise sludge caused more internal confusion than most other things we've done. Perhaps it's because this was just close enough to normal to throw us off. When you're putting cucumbers into ice cream, your internal strangeness alarm shorts out, leaving you calmly wondering if you also need to add celery. However, mayonnaise dessert bars are, if not right in the middle, at least well within the borders of the uncanny valley of sweets.

Aside from smelling every bit as pungent as you'd expect a bowl of mayonnaise and nutmeg to smell, the batter actually didn't taste too bad. We at A Book of Cookrye were quite surprised, and nearly ready to declare these edible. As in, we might actually hold onto the recipe if this works out. 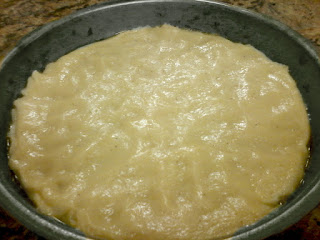 They came out looking much the same, but... leathery. You can see how the dough slid downward just a bit as it baked. Someday I want an oven that is not tilted. Though as long as I'm making kitchen wish lists, I'd rather have a dishwasher. We used to have one in my parents' house, which led to me trying out insanely complicated recipes that involved upwards of five bowls, three or four sets of beaters, and three different-sized pans. Come to think of it, I may have figured out why the dishwasher broke four years ago and still hasn't been replaced. 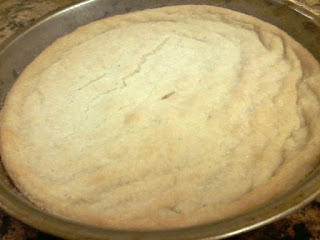 But getting back to today's perpetration: They have the consistency of brownies and are oddly tart. They're actually pretty good, but there's this undefined taste that's just barely familiar enough that you'll never get away with bringing these anywhere because people will ask what's in them. Unless you feel like lying and trying to say it's lemon juice.
These are actually pretty good, so if you can lie well (or if you said you'd bring a dessert but ran out of eggs), bring them to your next party! 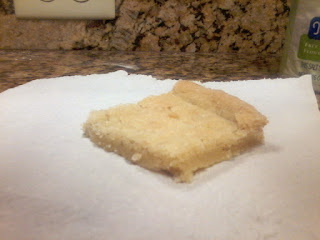