I Don't Understand the Parisians, or Why don't people put cucumbers into ice cream anymore?

Today, on A Book of Cookrye, we present... ice cream with vegetables in it!
Have you ever heard of Agnes Marshall? No? Neither had I, but for those who don't want to read the Wikipedia page, she was a famous cook/businesswoman in the late 1800s and early 1900s who specialized in ice cream. One of my favorite things I've seen in her cookbooks is the suggestion that you could make ice cream at table by stirring liquid nitrogen into everyone's bowls.
She also had a business selling kitchen supplies, cooking classes, a kitchen staff agency, and so on. And, more importantly to us today, she invented an ice cream maker that could freeze ice cream in 5 minutes! Inexplicably, this design is not made today.

Anyway, two of her four cookbooks were only about ice cream and ices, and have a lot more variety of ideas than I've seen anywhere.
Here, better than anywhere else, is Marcus' and my different attitudes to cooking explained. Marcus takes cucumbers and makes sushi of them. I make... this.


We did leave out a few ingredients. Marcus doesn't particularly like the taste of alcohol so that stayed out. I never really liked nuts in the ice cream- they go soggy (sprinkled on top, however...). So those went out. And candied angelica is a special-order item these days. I looked online and I'd have had to get it shipped across the Atlantic. I may have been willing to a Teasmade shipped over the sea (expensive, but as I am now immune to alarm clocks it literally saved my grades in my early morning classes), but I am not going to order candied flower stems for $6 plus $50 shipping.
I sent this recipe to Marcus asking if he wanted to use a borrowed ice cream maker and make it. His response was... about what you'd expect from someone faced with cucumbers in ice cream. I promised we'd make lemon ice cream as well in case this was bad, so he went along it.
This required three trips to the store before we had everything. Since we generally don't even start making anything until about the time the store closes, that's three nights of waiting. The first time, we got everything listed in the recipe but didn't actually get any ice and salt. Nothing was made that night. The second time, we got the ice, but I'd thought this recipe only called for the lemon rind and used the juice to make the compensatory lemon ice cream. I had it mixed and in the freezer before I realized that later on in the cucumber ice cream I'm supposed to dump in the juice as well. To prevent wasting the rind, I made this which totally made up for the lack of cucumber ice cream that night. And so, the third time we went to the store and got even more lemons.


I've had a thing for trying out a lot of recipes that look like they'd be really good in their own weird way, partially to make up for being really picky when I was little. Although in my defense, peas and carrots still taste terrible. While I have discovered all manner of unexpectedly delicious things (see here, here, here, and here), there's always an unnerving moment when I ask "Why am I doing this?". You know, like when faced with a pot of cucumbers and sugar.


But Marcus and I proceeded with the recipe anyway. The recipe said to let it cool before adding the lemon juice. Impatience suggested we dump the cucumber-lemon rind syrup stuff into a big pan and save a few hours.

You know your recipe's old when you have to look up words in Oxford English Dictionary. It turns out a "tammy" is just a strainer. However, we at A Book of Cookrye don't have a strainer.

Unfortunately, the cream made it look more like the paint they use in the DMV. 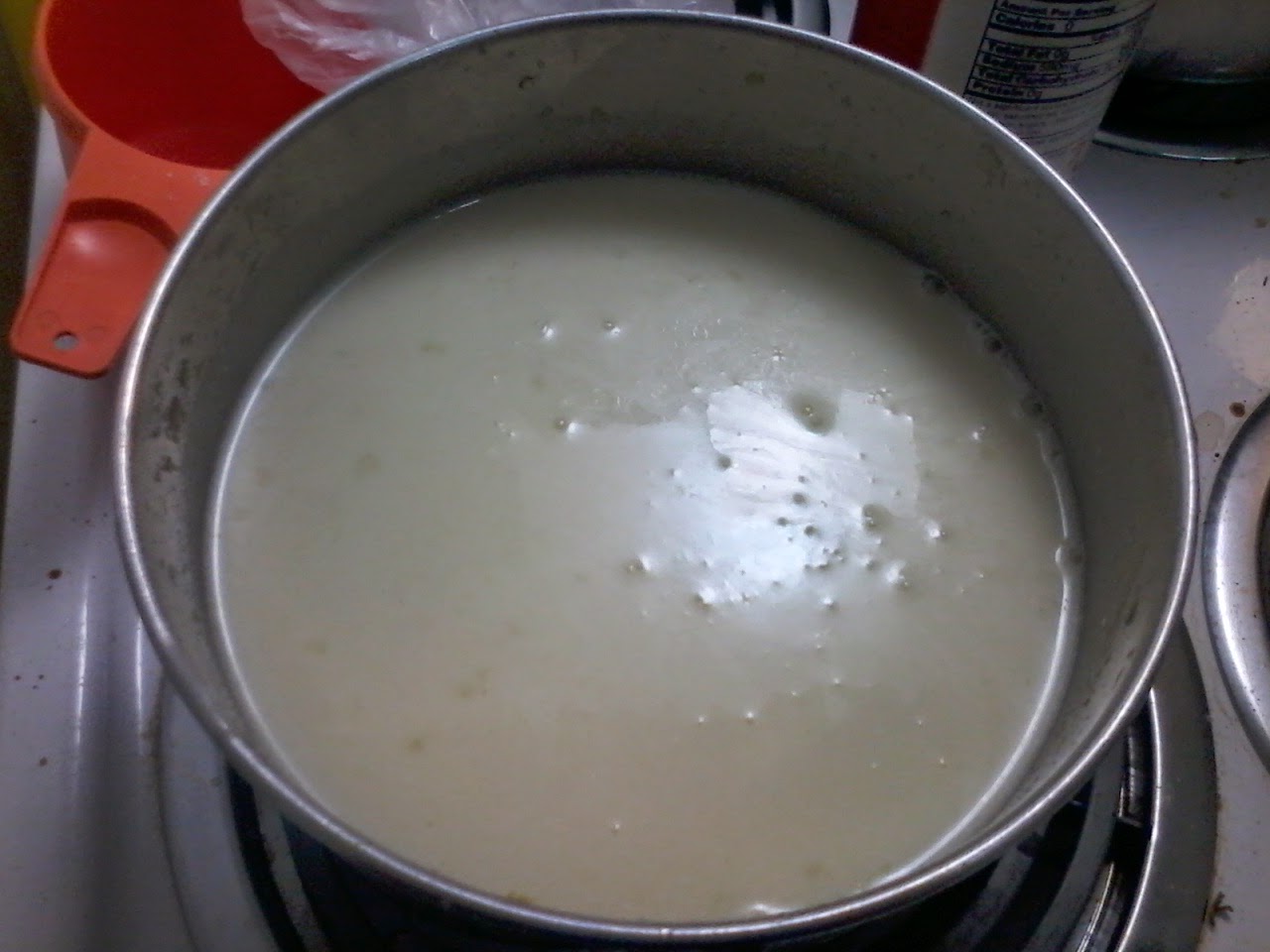 At this point I have to credit my utter inability to plan anything ahead. Had I any foresight, I'd have realized Marcus' apartment has no balcony, patio, or even a window ledge outside to set an ice cream maker on and decided to call off this whole adventure. We'd never have savored cucumber ice cream. Instead, with apologies to Mom, I must show us using an ice cream maker... inside the house! We may not have had a Marshall's Patent Freezer to freeze this in five minutes, but we did have Blazing Saddles on the computer while the ice cream freezer took about 30. This is one of the movies that formed my childhood. In an attempt to make us culturally well-rounded, my parents introduced us to Mel Brooks when we were wee tots and regretted this when I was in high school. A close friend and I took to singing the Lili von Schtupp song repeatedly and everywhere. Once, my older brother was watching Blazing Saddles with his girlfriend in the living room. The Teutonic Titwillow was coming out onstage as we passed through and thus we stood right behind them and had a Lili von Schtupp sing-along.
And here is a bowl of the ice cream! Devoid of the food coloring, it's just slightly green enough to suggest there's something... er... unusual about it. 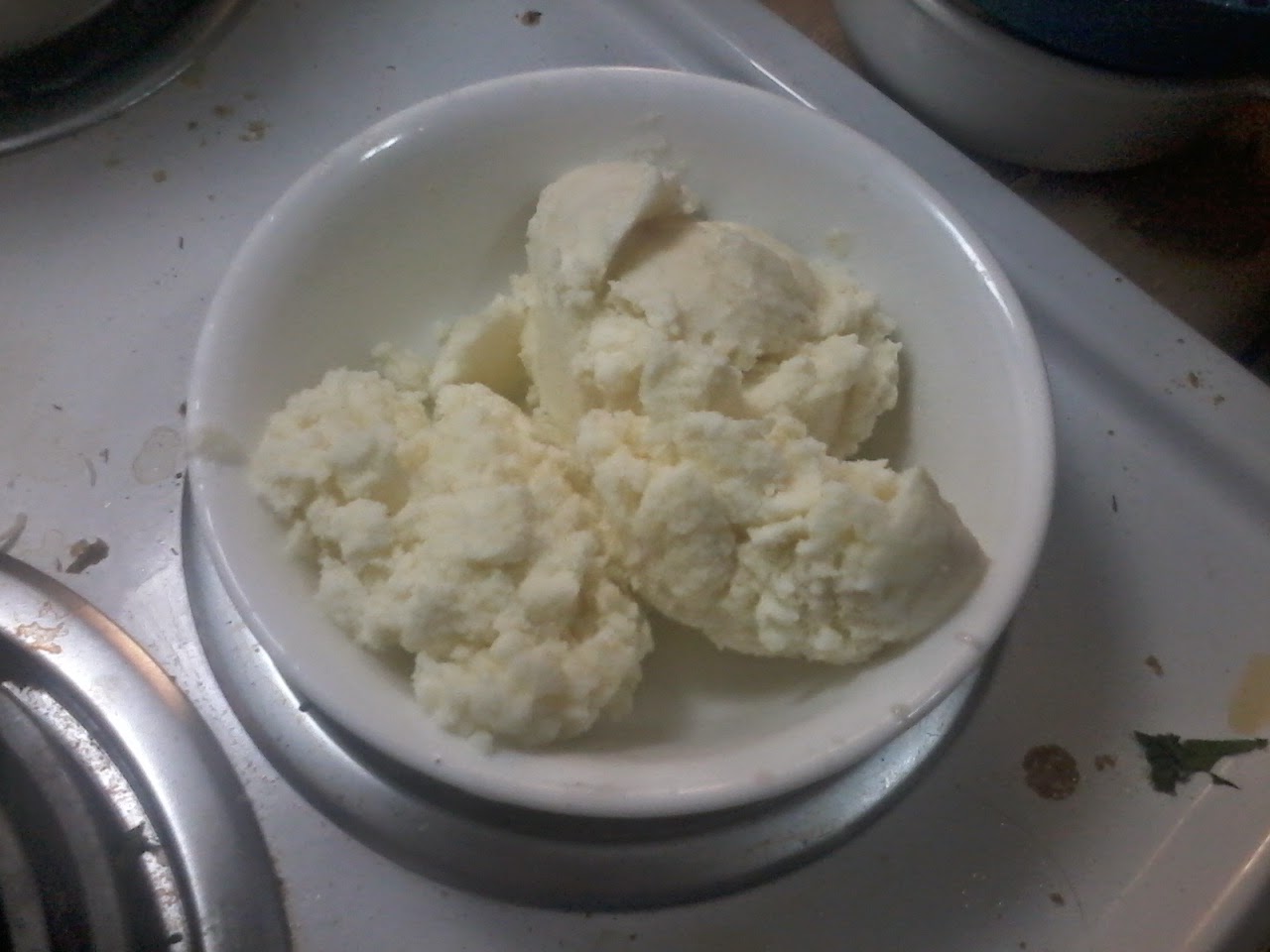 How unusual, you may ask?

As for Marcus whose kitchen had to endure this:


I liked it a lot more than Marcus did. But first, you have to get your head around the idea that this is not a dessert-- or at least, it isn't to us modern people. That said, I really liked it. The cucumber added this interesting bitter kick to the ice cream. In the same way a lot of people like a glass of un- or barely- sweetened iced tea in the summer, I think this would hit the spot when it's really hot outside. I wouldn't have used the juice of all six lemons (I think four would have done it), but it went well with the cucumber. The only problem (and I think this is more my fault than the recipe's) is that there were teeny little cucumber pieces suspended throughout the ice cream which, when frozen, made it kind of gritty. It seems they have to be very thoroughly liquefied for this to really be good.
And honestly, yes, I'd make it again.
Posted by S. S. at 9:59 AM