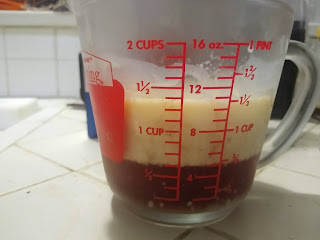 This is what happens after cooking ground beef and then dumping it in a strainer to get rid of the fat. All this time, we have put it in the refrigerator to solidify and then carelessly dropping it in the trash. We've been saving the broth and adding it to soups, but carelessly discarding this magical stuff that goes floats to the top.

And now for some historical context. Before we all could all just go out out and buy a bottle of cooking oil, throwing out drippings was considered as wasteful as throwing away a browning banana before the pandemic-induced banana bread renaissance. Last night's drippings were what you'd put in a skillet when you were making pancakes or browning onions. They went into your pie crusts and greased your baking pans. And, more relevant today, you'd prevent waste by putting this stuff into bread.

Today's recipe is the better half of the cherry pie with ham and celery. We had all agreed that the biscuits that went on top of that steaming red mediocrity were good enough to make again. I'm sure everyone thought I'd actually follow the recipe and use only the ingredients listed. We have precedent that if you follow the biscuit recipe, you will achieve delicious success. However, I've been feeling faint guilt about throwing this away every time we make tacos or spaghetti. I'm sure all my forebears who survived the 1930s would strangle me with their cotton floral print aprons for my careless waste. 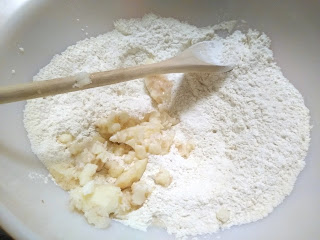 When you use beef fat, it doesn't come out in a thick, scientifically-white creaminess like shortening does It breaks up into a lot of hard little curds. Our beef fat didn't really mix into the flour so much as break into smaller and smaller pieces and commingle with it. 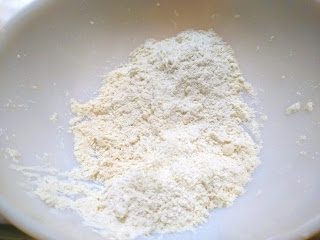 The dough was a little stickier than when we used the shortening that the Pillsbury Meat Cook Book tells us we should have deployed, but it turned into perfectly acceptable biscuits. We put a little spoonful of margarine on most of them, but left it off of two so that we could taste the beefy difference with no buttery melted infusion in the way. But we went ahead and folded them in half so that all the biscuits would be otherwise identical. I was really hoping for a wonderful flavorful difference like when we made bread with chicken fat. I picked this recipe because there's really not a lot of flavor involved otherwise, which makes it perfect for discovering what new flavors beef fat will add. A lot of people will try new spices or fancy olive oil in mashed potatoes or something similarly bland for the same reason. 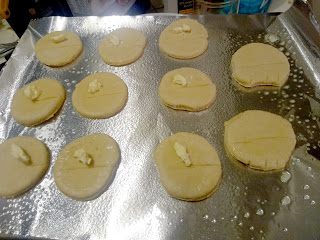 The oven gave off a very faint beefy smell, but mostly it smelled like biscuits. Had the beef been any subtler, it would have been undetectable until you knew to carefully sniff for it. But for possibly beef-related reasons, these rose a lot higher than the biscuits we made with shortening. 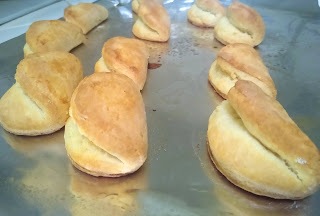 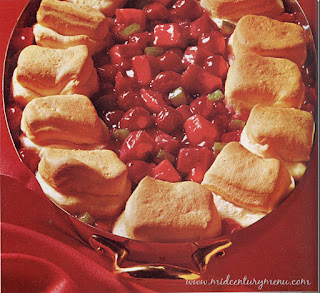 They look the same aside from being cut different shapes, right? Now, compare those two photos to the comparatively crumbly biscuits we made using the shortening specified in the recipe. 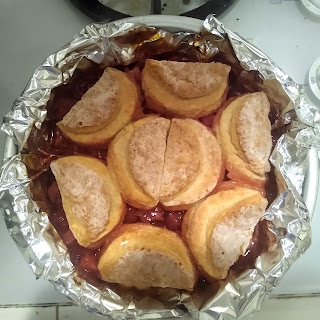 It's got to be the beef fat. I may never again make biscuits without it.

But enough about appearances, let's discuss what you find when you actually eat one. These biscuits are really good, but the beef fat doesn't change them like you may expect. They may have a little bit more of a savory undertone, but no one will taste them and think "these taste like beef!". I did not expect to say this, but beef fat is a surprisingly neutral flavoring. I'm not going to go so far as to say you could put a beef dripping pie crust under your fruit pie, but that's only because I haven't personally tested this to see. I will say that it's worth testing out and I may or may not be plotting something involving beef fat, a pie pan, and a box of strawberry Jello.