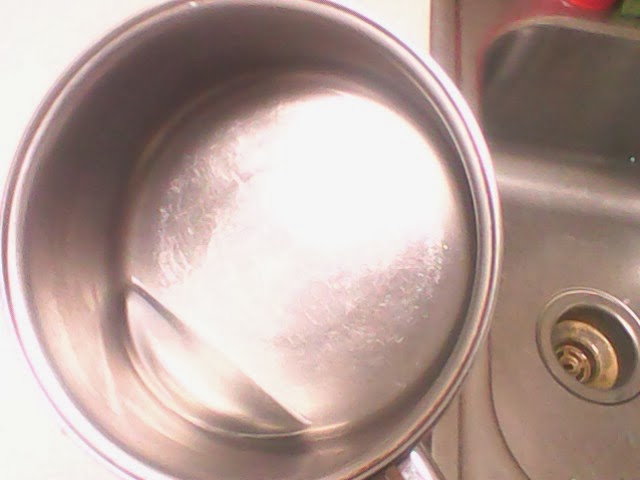 Putting Cauliflower in a Meat Grinder

So, when you know someone who's getting rid of things in their house, occasionally you get some really nice stuff. This hasn't happened directly to me, but a friend of my mother's was clearing her possessions, and she saw this and thought of me. Thanks, Mom!

So naturally, when one gets one of these, one wants to shove various things in it for the sake of seeing them turn to paste. That's normal, right? Anyway, I decided to try a recipe that's been floating around my Facebook friends for a while.

You're looking at one head of cauliflower, cut up and microwaved in a bowl lined with soggy paper towels until fork-tender. If you make this yourself, don't forget to put a particularly dripping wet paper towel on top.

What we're going to do is smash and mash it, mix it with stuff, and put it in a pan. And here we go! First, a confused moment when we open this box and see a mass of random metal bits:


Fortunately, we also had instructions. So I started putting this thing together and got it bolted to the countertop. Then I realized I have nowhere for the ground up stuff to land. Since I don't like having a mass of dishes at the end, I decided on a different solution than a plate.

I had wondered, how does your food come out of this? Does it pour out or what? I didn't see a spout. Turns out your food just sort of... well... oozes out of the front.

Anyway, it works really well. I've often found that with food processors and blenders, the food will stick to the sides of the container while the blades spin in open air, necessitating frequent stops to push it around. This was not a problem- all I had to do was occasionally mash things down so the auger catches them.

However, juice dribbles out of the back. It's no big deal, but it does make one inclined to make sure it's not bolted down above any cabinets or drawers the juice could drip into. Especially if one is grinding meat. You could put a pan right under the counter if you're the type to plan ahead.

The grinder made very short work of the cauliflower and also of the garlic cloves I dropped in there as I was going along. I hardly had to make any effort to crank it; I'd expected a lot of resistance because the last time I made this, the cauliflower bent a potato masher and made the blender emit an unnerving burnt-electric smell. And here is the result!
My newspaper failed under all the strain when I tried to lift it up to pour the pulverized remains of a vegetable back into the bowl. Apparently, even slick paper is not waterproof enough to not fail under the strain.

Anyway, the cauliflower (and the four cloves garlic- I don't just like garlic, I believe in garlic- that had been ground with it) went back into the bowl and got mixed with 2 eggs, salt, a lot of pepper, and a handful of Parmesan cheese shreds. Then into the oven it went until it was a bit browned at the edges.

Absolutely delicious! It turns out if you put enough garlic and Parmesan on cauliflower, it tastes like garlic and Parmesan. I ate the whole thing. You should totally try this. However, if you're going to eat the whole pan at once, keep in mind you're eating an entire fricken head of cauliflower with lots of garlic in it. You may want to make sure the weather that night's going to be suitable for opening your window.