Today, we at A Book of Cookrye present a silly idea from a Facebook post: dump a box of gelatin into a cake!


Naturally, we at A Book of Cookrye don't believe in name-branded things, particularly when the store brand is in the discount bin and therefore payable with pocket change. 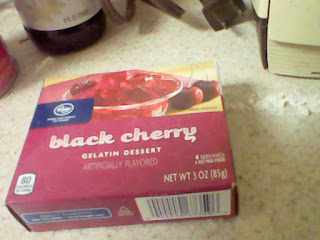 Why did we go with black cherry? Because... well... back when we routinely bought sodas, we always went for the IBC Black Cherry. Therefore, we're dumping this lovely artificially-flavored brown powder into a cake. 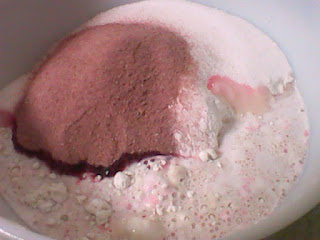 A word to those with jealous significant others: Be very careful should you use black cherry gelatin. It will be the color of lipstick and get on your clothes. Or, you can just dump the jealous one. 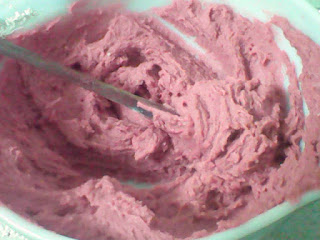 As a recipe note, we are making this cake recipe. We went with one we've made before so we can compare results.

Allrighty, we have here a lovely lipstick cake!

It actually tasted really good. The black cherry flavoring was a lot more concentrated than it would have been if you just made a bowl of gelatin out of the box. However, some of the powder didn't quite dissolve, so the cake was a little gritty. That went away overnight, leaving the cake perfectly fine. 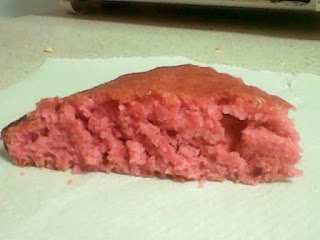 Also, for the sake of science, we refrigerated a slice of cake to see if the gelatin would firm it up. Result: It did.
Posted by S. S. at 1:21 AM No comments: 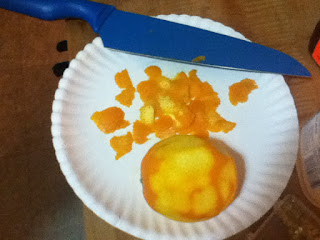 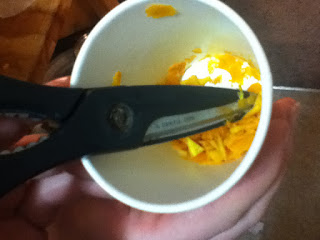 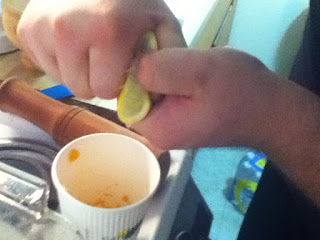 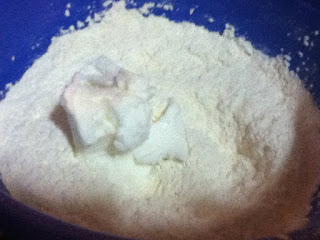 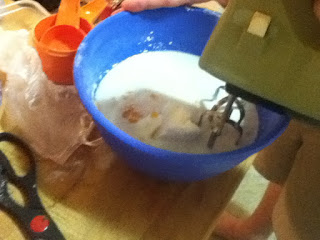 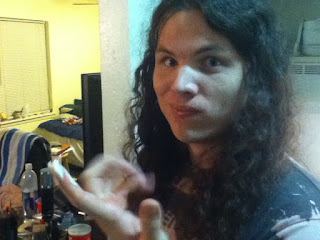 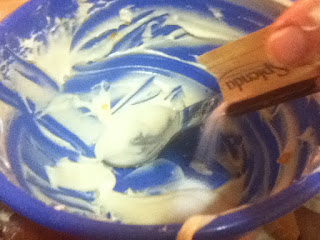