Happy Thanksgiving from A Book of Cookrye!

We at A Book of Cookrye were baking things to bring down to the family gathering, and felt it our duty to inform everyone that the makers of disposable foil pans now give relationship advice to gay couples. 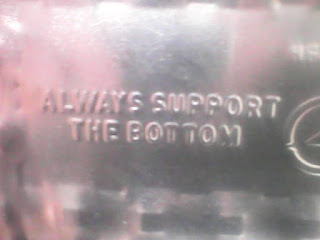 Happy Thanksgiving, everyone!
Posted by S. S. at 12:41 AM No comments:

Before we name this next recipe, we at A Book of Cookrye would like to point out three things. The recipe is in the bread section of the cookbook, not the desserts. The headnote says they're good with chopped liver or with soups, which is not something one would say about most desserts. Lastly, there's barely a fraction of a spoonful of sugar in them so they most certainly are not sweets.
All right, everyone ready to read the recipe name and not flee? 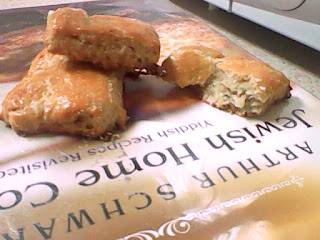 This recipe comes to us from the same cookbook as the seriously delicious kosher Chinese takeout. You owe it to yourself to try that one.

Apparently "onion cookies" is a straight translation of the Yiddish name for these. It seems Yiddish speakers and English speakers have differing views on the definition of the word "cookie." This leads us to wonder whether someone asking for cookies in a Yiddish-speaking location would have the same problem as Americans who go to Britain and ask for biscuits with gravy. 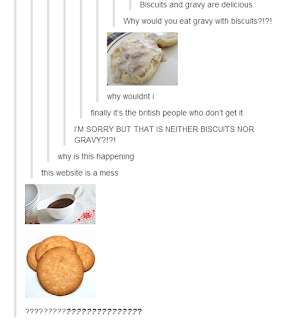 Incidentally, for more examples on how the internet is helping everyone of all cultures, if not understand each other, at least point at each other while demanding to know what is wrong with them, please see here.
As for the onions, we briefly considered using cheese grater or just finely chopping them. That's briefly considered. 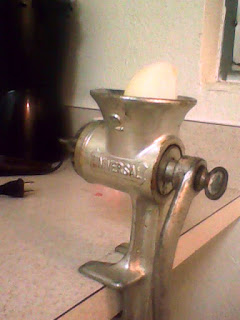 We had wondered where we were supposed to come up with onion juice, but more than sufficient dribbled out the back of the meat grinder looking unnervingly murky. 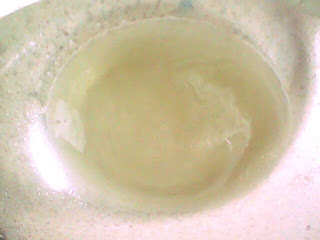 But you know what? So far this was really easy! Once we had ground up the onions, we turned them into this promising looking sludge. 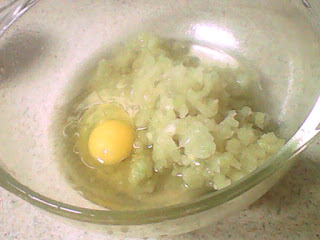 Believe it or not, we actually did use poppy seeds in these. For some reason, the poppy seeds we found on sale were blond. That may be why they were marked down- no one likes their onion cookies to look like they have insect eggs in them. 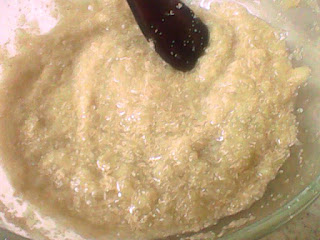 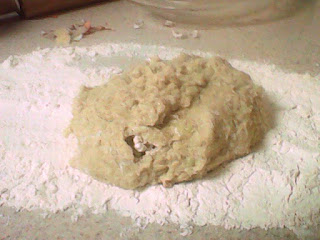 Any recipe that involves rolling anything out on a floured countertop will be messy. But this one seemed worse than most, especially once we got to the egg wash on top. Have you ever tried to get dried egg off the counter after it mixed into a paste with the flour you scattered on it and then dried? 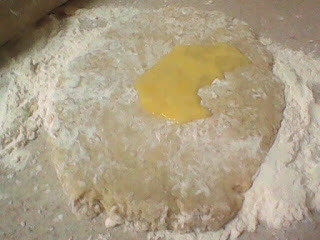 You know how sometimes the directions in a recipe make no sense until you actually do them? Well, this dough was such a sticky mess that there was just way anyone could lift it off the counter. I muttered to myself that I'll need a spatula to get this stuff onto the pan which is exactly what the book says to do. However, I don't own a spatula. Fortunately, a lot of people leave their dirty dishes in the sink.

All right, we have a lovely batch of onion cookies!

If you like breadsticks covered in heavily herbed and seasoned butter, these are for you. They taste a lot like what would happen if you decided to make the entire bread taste like herbs instead of just spreading it on top. They're also, as the book says, really good with soup- especially if you're not feeling too formal and therefore have no problem sopping up the bowl with your bread.
I gave a lot of them away, though when people asked what they were I said "onion bread" and not onion cookies. The only person who didn't like them doesn't like onions and had to endure everyone else at the table saying things like "What did you think was in onion bread?" and "Then why'd you take one?".
Posted by S. S. at 5:48 PM No comments: 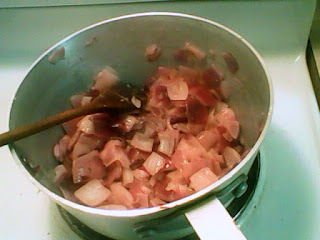 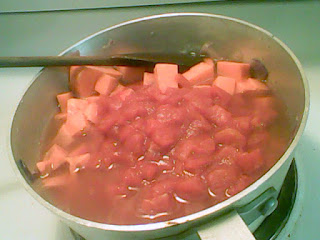