We at A Book of Cookrye are really excited because it's Pi Day! This is a great leadup to Tau Day when we get to make 2π. However, this year also has...

We dug out our favorite cookpamphlet to make...

Chiffon pies turn up in a lot of older cookbooks going back to the Depression, yet for some reason have more or less disappeared in the past 15-20 years. Today we're going to find out if there's a good reason for that or if people just don't know what they're missing. Really, it looks like little more than a lemon meringue pie if you just decided to mix it all together.
But getting to the recipe: we would like to thank those nice people at Dormeyer for failing to mention that this recipe has two parts. It took us a couple of minutes to realize the meringue recipe is actually the second half of the pie. In our defense, it made sense to us that a cookbook from when electric mixers were still a novelty would have a separate meringue recipe just to say "Look what you can do with this modern device! It's so easy and impressive!"
We never figured out why we're supposed to beat the yolks. Perhaps the thirty seconds of beating whips them up which is crucial to the recipe working?

It turns out there is a point to beating yolks the modern electric way- pausing the recipe so we could do this: 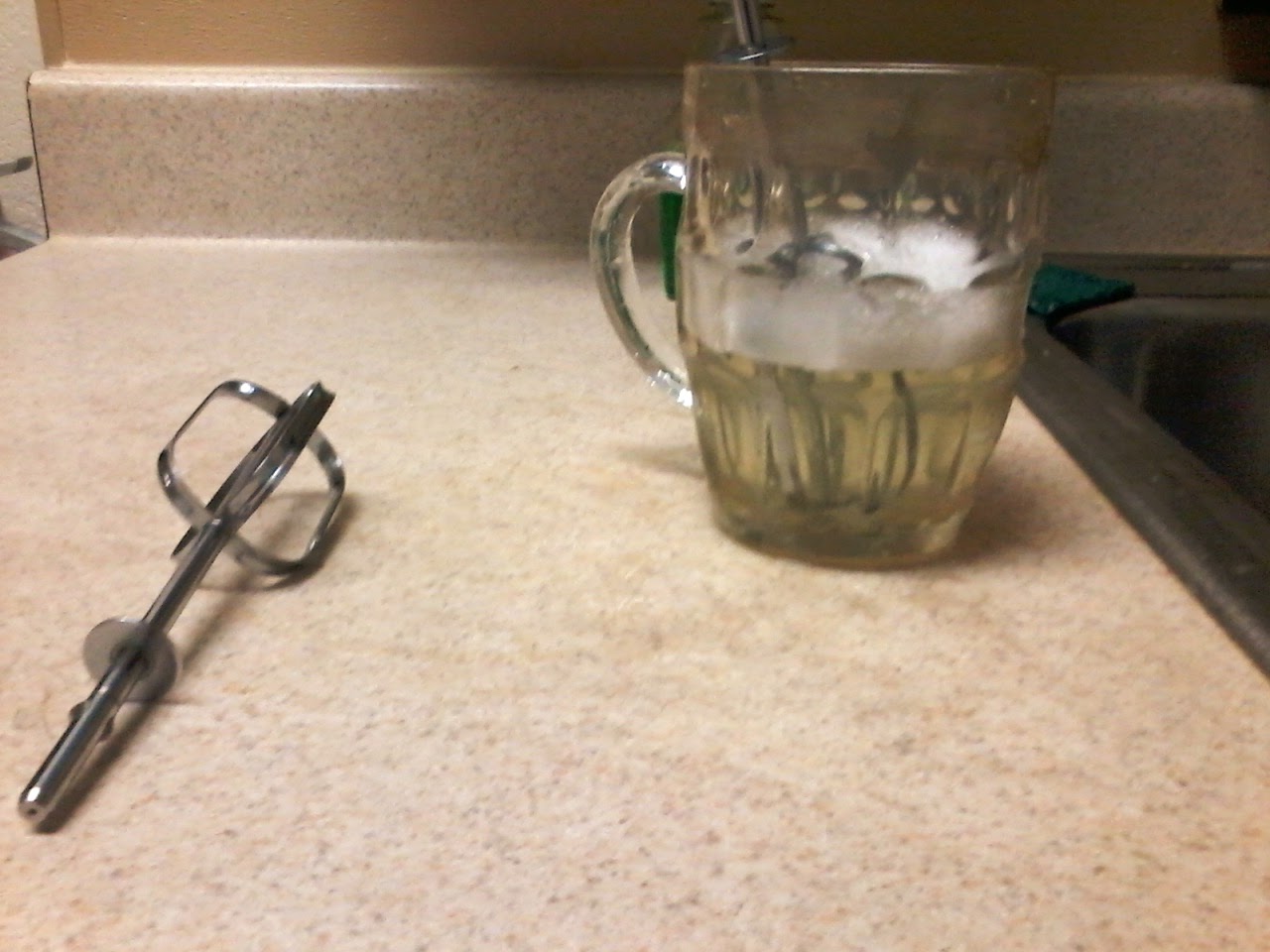 For those of you who think of washing dishes as a soothing activity, our friends at Dormeyer were thinking of you. Those who don't will have to anyway before getting to the meringue unless you have spare beaters. On the bright side, we had a measuring cup lined with tasty lemon sugar. 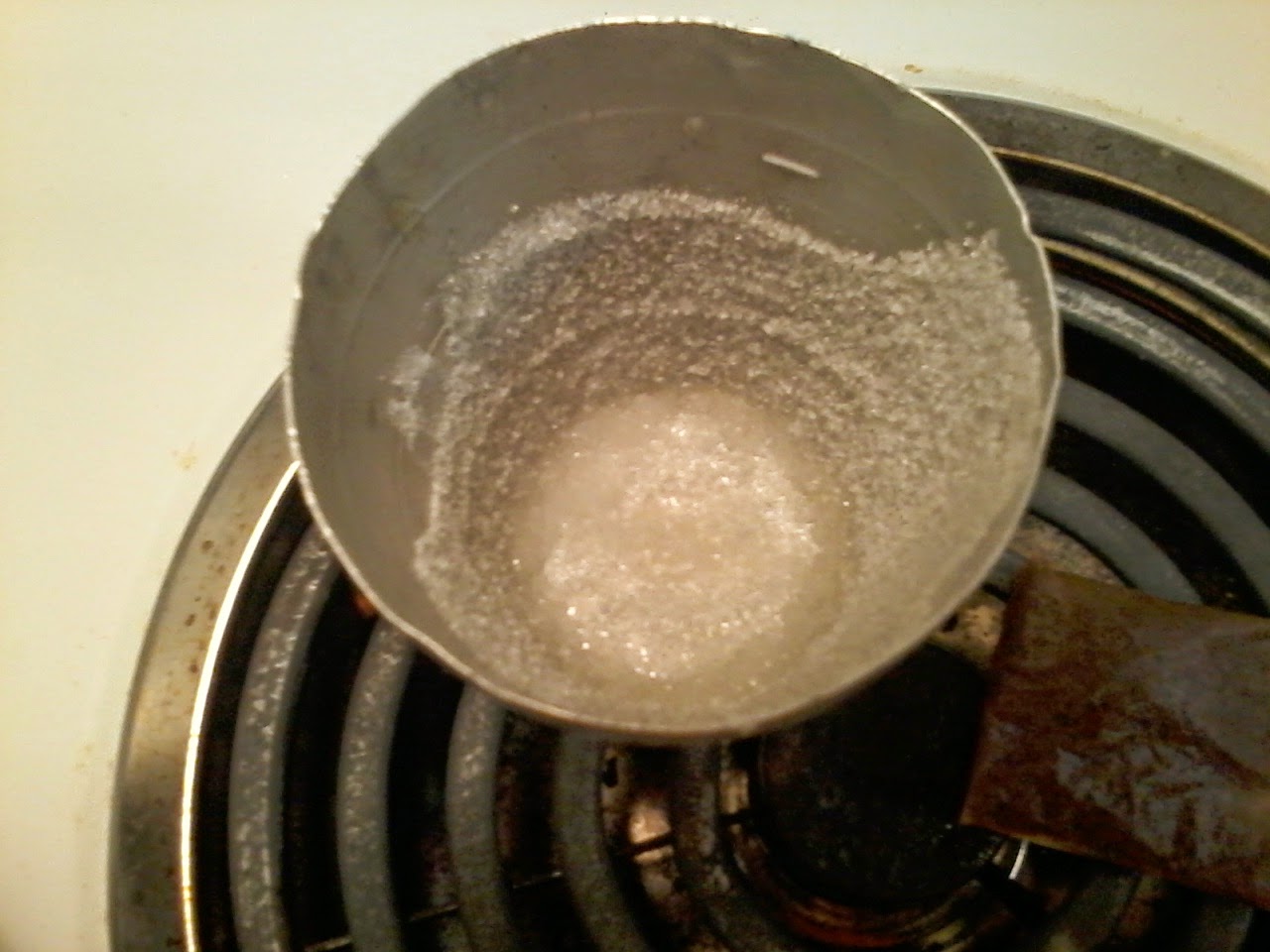 But getting back to today's perpetration. Previous experience made us wary of attempting to cook this until thick- there's no flour, cornstarch, or anything else in it. Nevertheless, we attempted it, setting a timer for 10 minutes, whereupon we would take it off the stove whether it worked or not. However, much to our surprise, it actually thickened! We were both delighted that it worked and unnerved at how gelatinous it ended up. 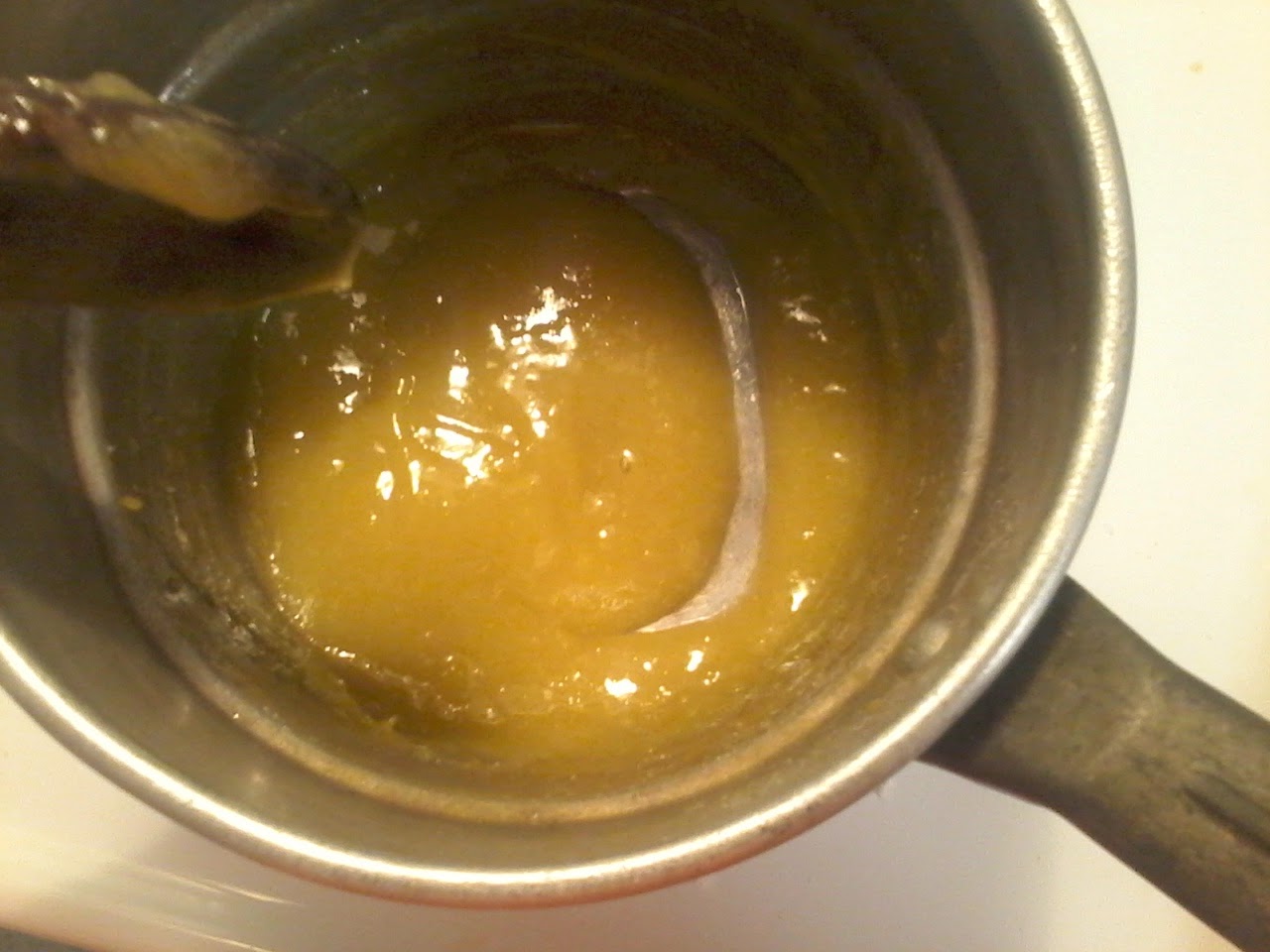 The people at Dormeyer probably had you beat the yolks with a mixer rather than a spoon to show how you really can use the mixer from beginning to end of making the pie. If this was their intent, it was defeated because you had to get out a spoon anyway once it was on the stove. Besides, the mixer's marvelous modern powers were perfectly demonstrated when you stuck it into egg whites and beat them into shape.

It's recipes like this that really sell mixers to people who lived when you had to do without. Turning egg whites into Styrofoam in less time than it takes to play a record demonstrated the electric mixer so well that I really don't understand why they bothered beating the egg yolks with it. Thirty seconds didn't beat them, it barely broke them up. Maybe someone in editing ordered the writers to go through all the recipes and eliminate as much hand-stirring as possible whether it made things easier or not.

We had barely a puddle of lemon sludge at the bottom of one pot and a lot of egg foam to get into it. As you can see, there's barely any color difference between the last spoon of egg whites and what's been mixed up already. 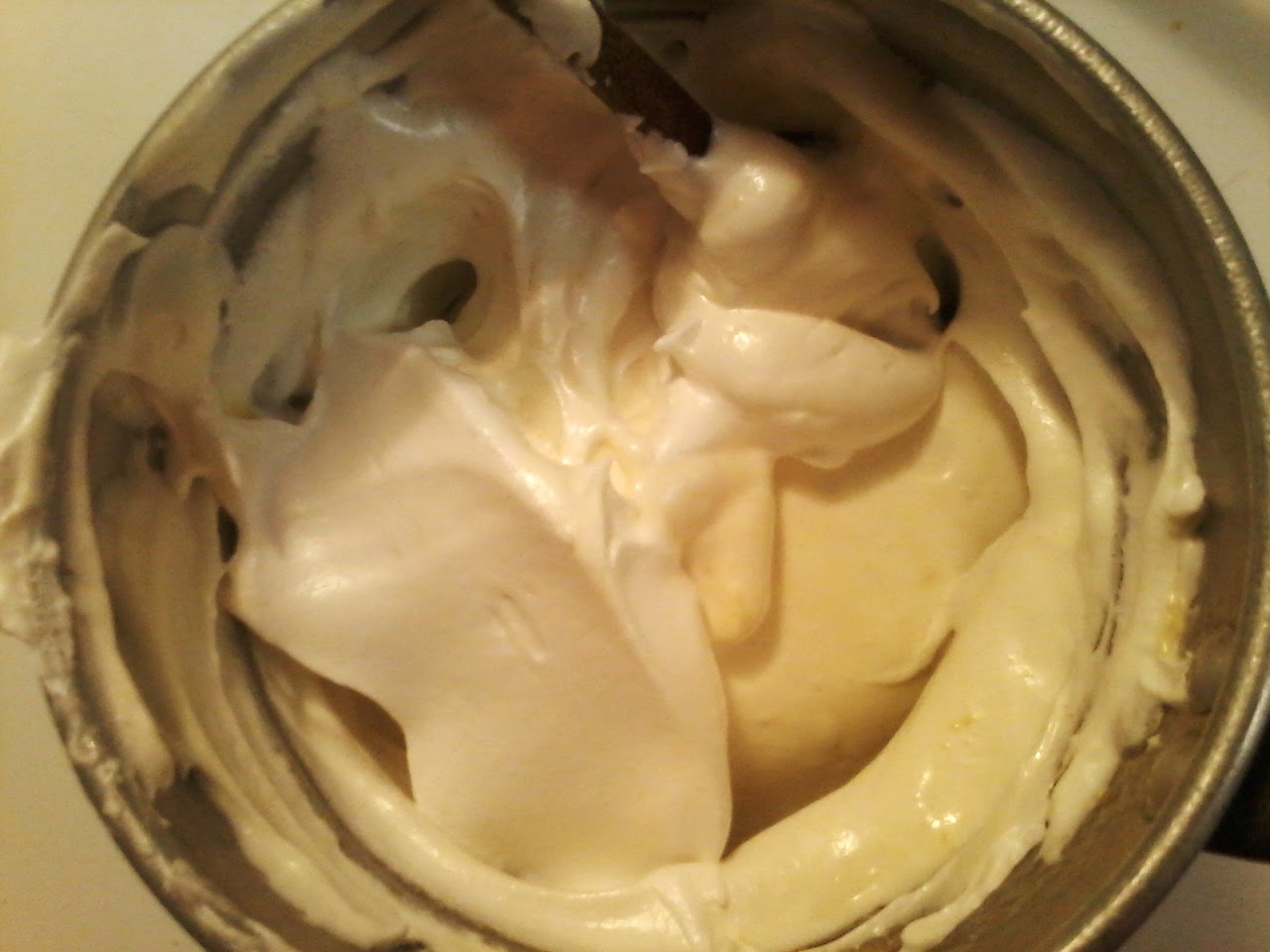 Given how little lemon there was in all the foam, it tasted surprisingly lemony. Also, I'm terrible at spreading things prettily in pans.

However, we at A Book of Cookrye wanted this to be pretty and like drawing swirls on things anyway.

And tada! It came out absolutely lovely to behold if not surprisingly flat on top. The pie felt odd and spongy, but it smelled really good. 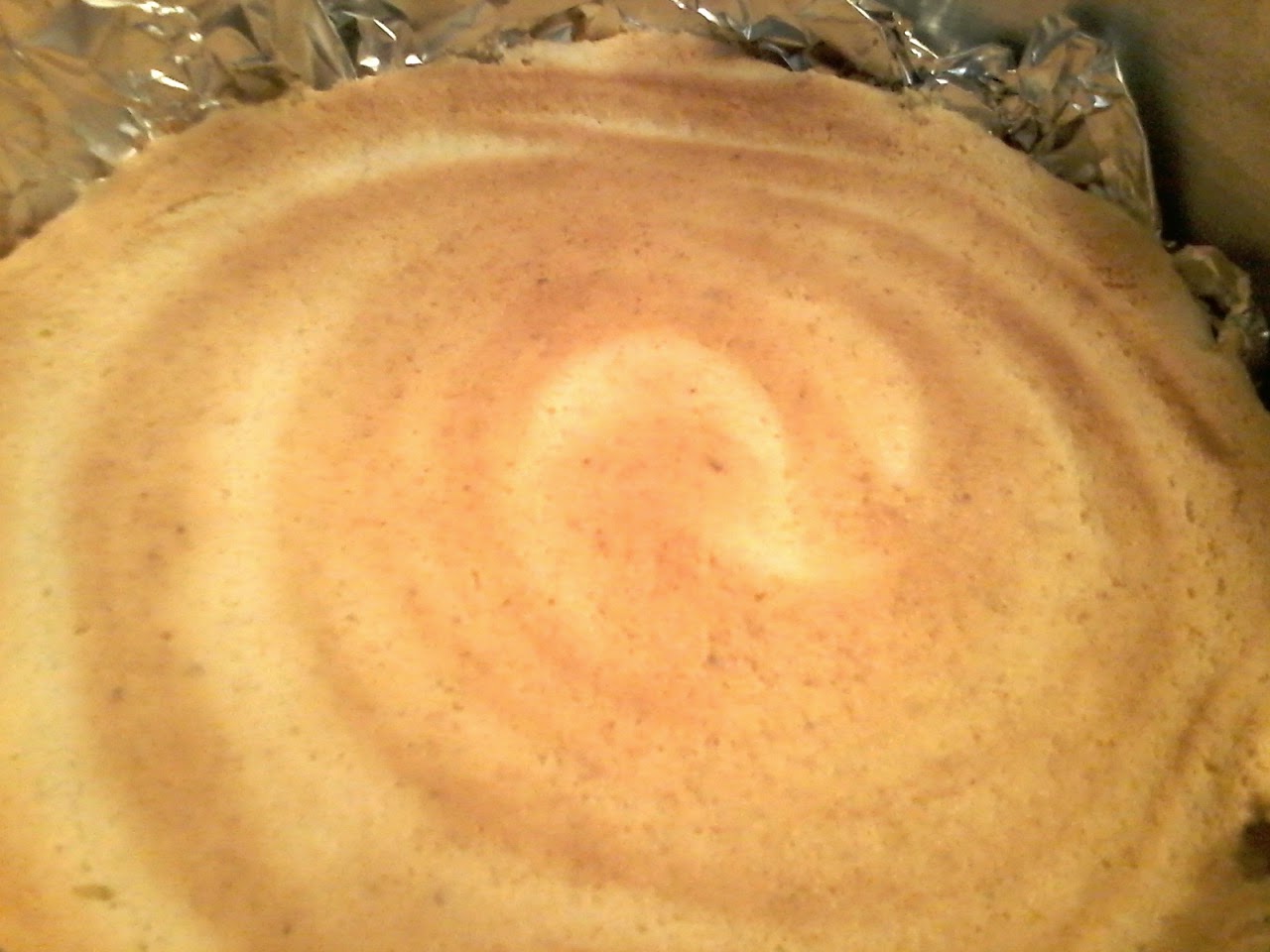 However, it sank back to where it started by the time it cooled- maybe a little lower than before baking.

It tastes just about exactly what the recipe looked like: lemon meringue pie if you just mixed it all together. Despite sinking a lot, it was still very fluffy. I was lazy and did it in a graham cracker crust, but it would have been better in a plain crust like the recipe called for. However, this is a really good whipped lemon pie. And if it sinks on you too, just fill it with whipped cream (or ice cream!).