We at A Book of Cookrye can't tell zucchinis from cucumbers unless they're labeled. They all look like green tubes until cut open.
With that in mind, I found some iffy looking zucchinis in the discount produce bin and figured I'd make another batch of zucchini bread because once peeled and pulverized, you'd never guess they looked like this.


Getting your produce in a questionable state makes all the instructions in old recipes to pare and boil everything more sensible. I used to think it was just the style of the time and excessive tedium. At any rate, the zucchinis smelled suspiciously like cucumbers once peeled and cut open.

We at A Book of Cookrye briefly considered what to do now that our zucchinis turned out to be cukes. On the one hand, we actually like cucumbers. On the other, did you see how they looked when we bought them?

Since I'd already gotten the things for zucchini bread downstairs anyway, I forged daftly forward. The cucumber-lemon ice cream wasn't too bad (aside from the insufficiently liquefied cucumbers that turned into ice grit), so I had hope that this might, in its own weird way, work.
You know how some recipes have a step that doesn't look gross but still looks wrong? 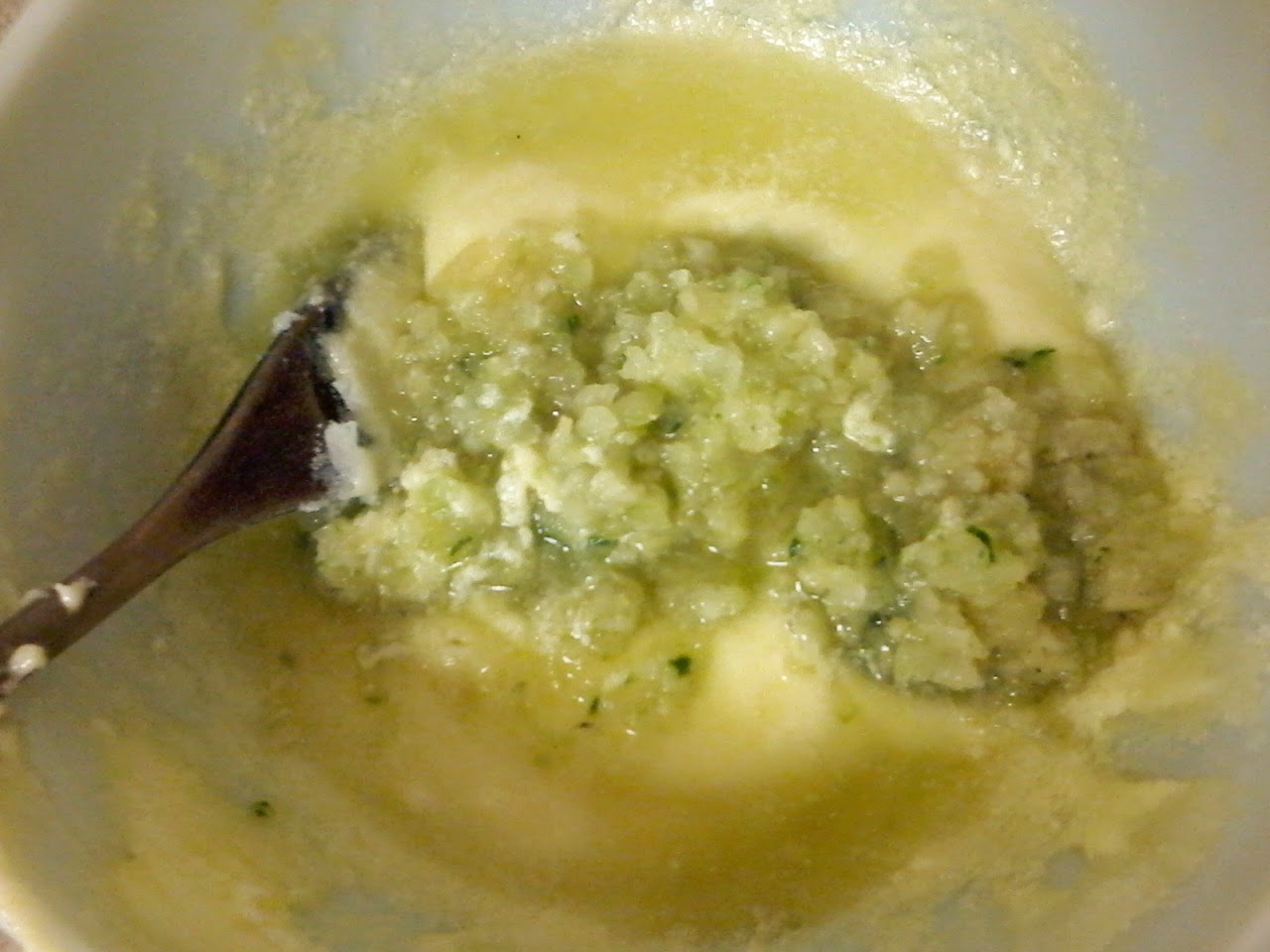 Unlike when I made the zucchini bread, no one could reassure me they'd had this and liked it. But since I've had barbecue sauce brownies in the name of culinary experimentation (though admittedly most ended up in the trash), why does salad bread still frighten me? I tried to tell myself that I may be making an exciting discovery instead of running toward regret. At least it smelled good.

To my own surprise, I'm calling this a success. The cucumbers added a really satisfying kick which complemented the lemon really well. It's just different enough to have novelty, but not so much that people stare at the slice in their hands in confusion and fear. People described this with terms like "refreshing" and "surprising" (in a positive way). It's just weird enough to be a intriguing, but not so weird that it's bad. However, if your cucumbers are fit for it, you might want to leave the peels on so there's a visual cue that there's vegetables in this.
So, hooray for my inability to buy produce! I'd never have discovered cucumber-lemon bread without it!
Posted by S. S. at 4:47 PM