Few things in the everyday life of your average college student are quite as annoying as realizing that you have a large stack of assignments due tomorrow. It is very important not to forget to eat when you have to read medieval literature and then write computer code in one night. Therefore, we at A Book of Cookrye are going start our long night of studies off with...

The only thing in this that may have been expensive are the dates, which I still have leftover with my adventure in mincemeat pies with actual meat. Did dates used to be a lot cheaper? I see them in all sorts of older recipes; they're as common as raisins. These days, they are sold individually at the store with a ludicrously high price. Fortunately for everyone pulverizing kidneys into pies or salt-and-peppering their cakes, the Middle-Eastern store has them by the tub at about the price of a sack of flour.

This is where an ordinary cake becomes a pepper cake. For some reason, inverting the colors turned it from an ordinary shot of a bowl of stuff to a really cool abstract-- er, thing.

Noting the absence of baking powder, I'd thought that well-beaten eggs meant really well-beaten, so I put them in a small pot (I do not have a set of mixing bowls at multiple sizes) and beat them into suds. This soon proved utterly pointless. 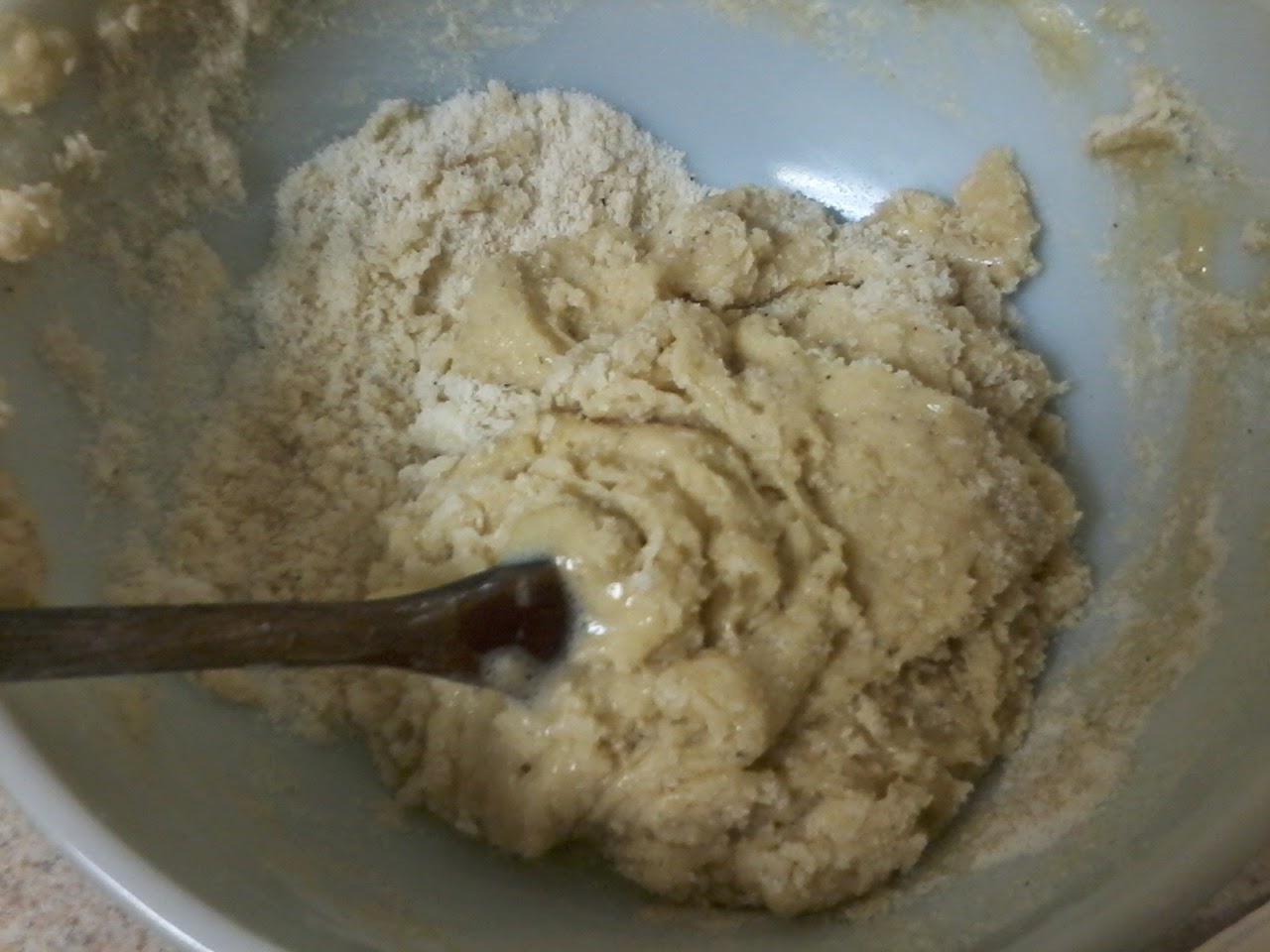 I was actually unnerved at how heavy this was. The bowl had no right to weigh as much as it did. 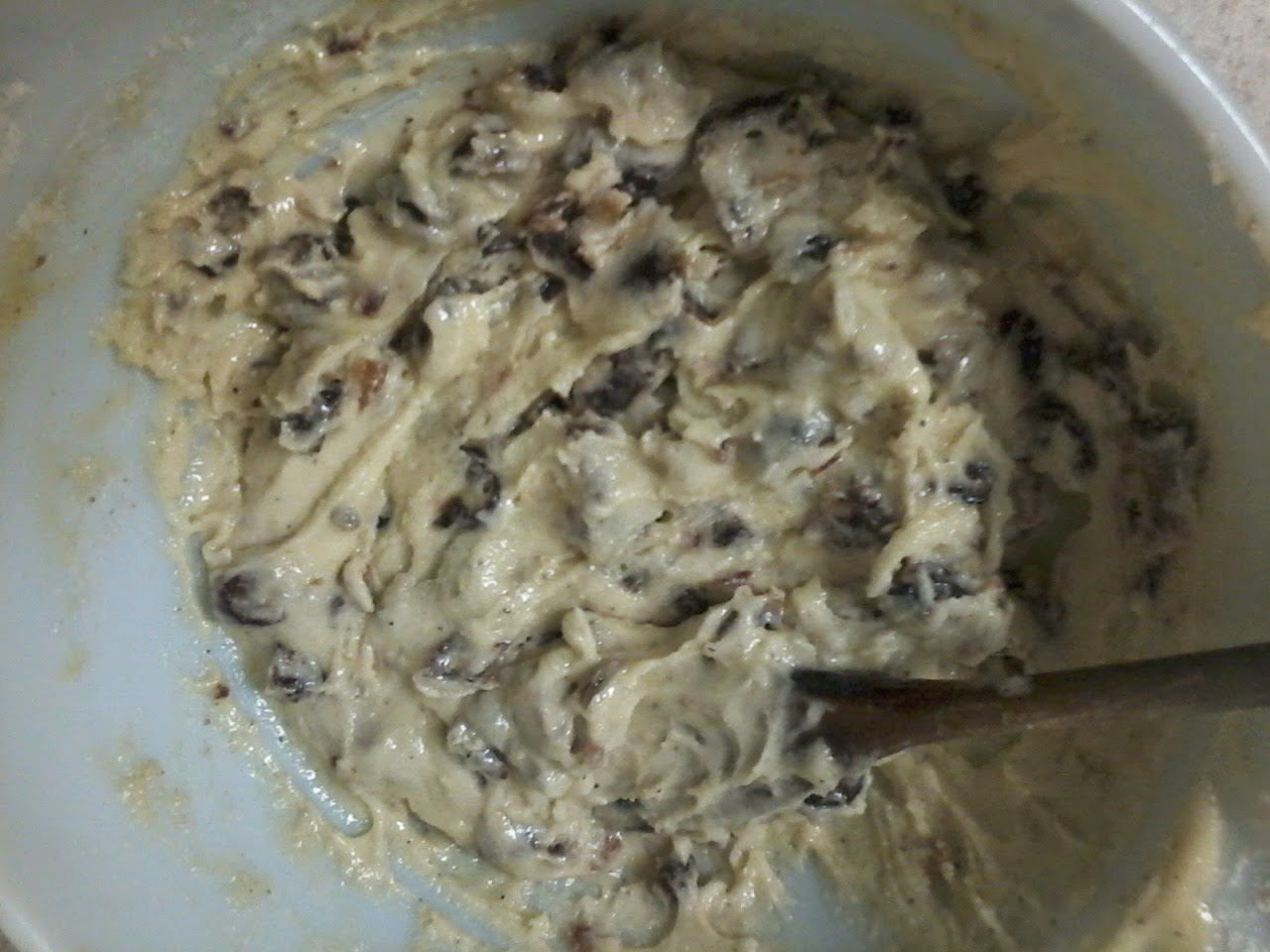 Given how much this looks like chocolate chip cookie dough, I start to understand my friends who have a pathological hatred of raisins. It seems one out of every 5 people has bit into a cookie expecting to find tasty chocolate chips and found... raisins. This has made them hate raisins all their lives. While I have yet to be scarred from tasty oatmeal-raisin cookies like this, I have a similar experience. It involves Brie cheese.

You see, at some potluck party thing or another, there was a sliced Brie wheel on the table. To my seven-year-old eyes, it looked like a cake dusted with powdered sugar.

So you know what, people who thought raisins were chocolate chips? I don't pity you. You weren't traumatized, just slightly inconvenienced. Try biting into what you think is a delicious cake and getting a mouthful of stinky cheese.


Anyway, on to the results!
Despite having no butter in it at all (which had worried me more than the pepper), this was really tasty. However, it is not a cake. It's soft, dense, and chewy. It's like what you get when you make a batch of cookie dough, decide you don't feel like pulling cookie sheets in and out of the oven all day, and just smoosh the dough into a pan and call it bars.
The dates tasted like raisins and the pepper was just... strange. I'd thought pepper in a cake could be one of those "I'd never have thought of it but it's so tasty!" sort of things, especially since this is one of those cookbooks where every recipe has a name under it so you know who to complain to if it's terrible. But despite being the title ingredient, the pepper was just not good. However, since I stuck to the measured amount rather than being as generous with pepper as I usually am, these were still good.
Leave out the pepper (it was just strange) and swap the dates for chocolate chips, and this will be amazing and addictive. 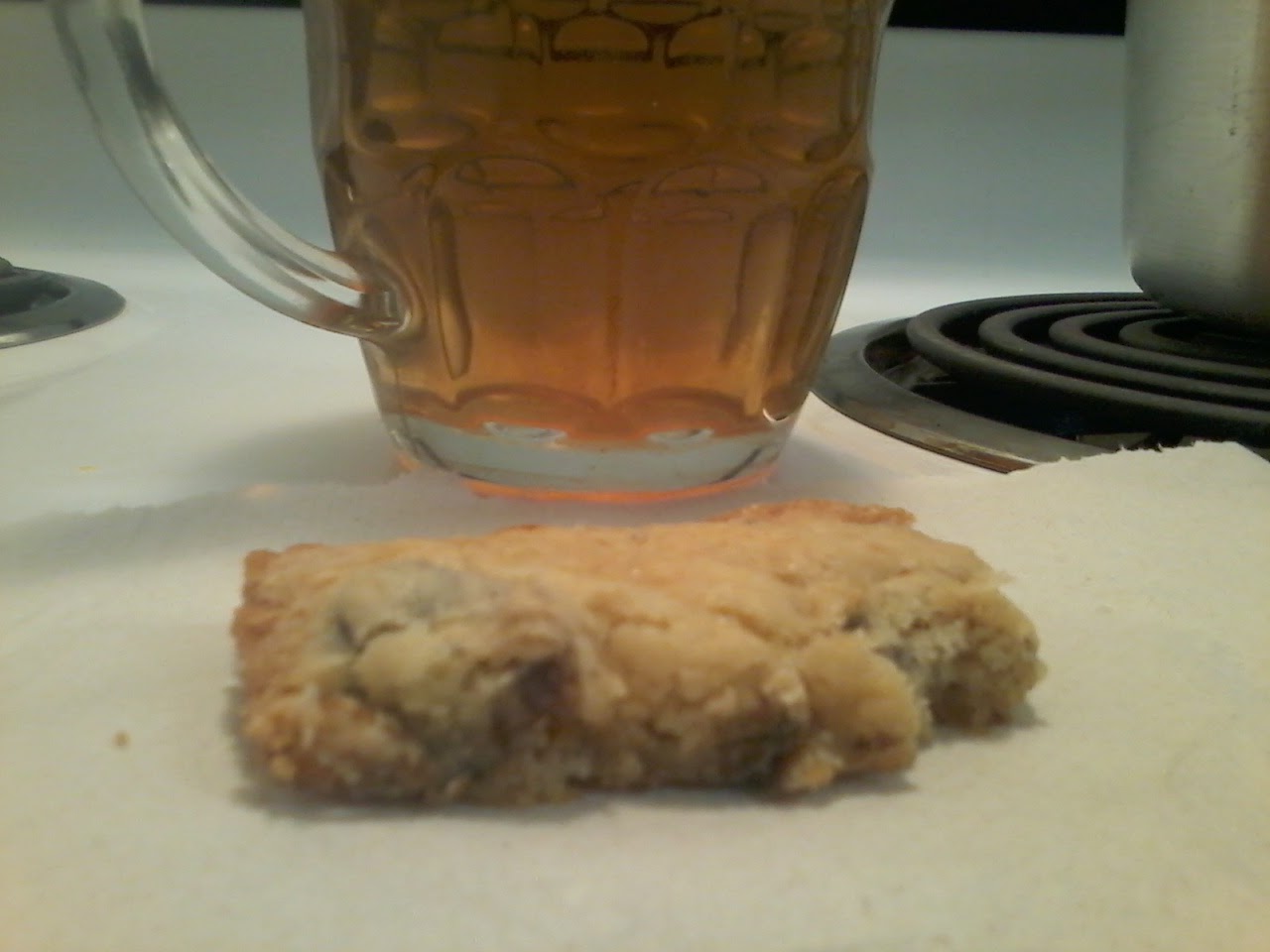