Today, on A Book of Cookrye, we present a first: A recipe sent in by someone else! This message came from a friend about a month ago: 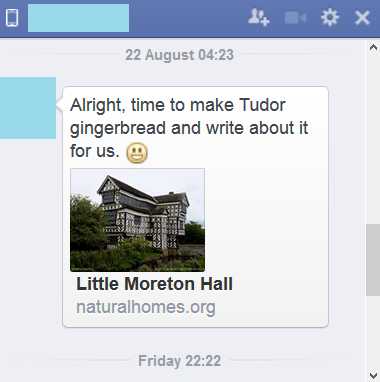 There were only two difficulties: Being a backwards American, I had to convert those two Communist measurements to real ones before I could proceed. After that, it was all gravegravy. Not being one to do these experiments alone, I invited not one but 5 friends to taste this with me. Four of them were either senseless or generous enough to accept: Mike and Maria (who were there for the surprisingly tasty Portuguese Farts), and T and Kelly (who should have known better because they were here for the Pieathlon "Chicken" "Pie" adventure). I was really excited to have a medieval gingerbread party. Sometimes taste and intelligence take a holiday. Keeping in mind the recipe writer's suggestions, I bought a loaf of rye bread and proceeded to use the special bulk toaster to make it ready to utterly destroy.


Although something did occur to me as I was pulverizing what should have been the foundation of so many delicious Reuben sandwiches. You know how some cookbooks are based on either absurd or oddly specific premises? (see Natural Harvest which is not about the joys of organic foods) I totally ought to write one called 100 Things You Didn't Know You Could Do With a Meat Grinder.


But moving on to this recipe. I had some misgivings about it, the main one being that you're serving your guests semihardened paste. I had no idea whether rye bread would be any good, but I thought that perhaps it might somehow in a very strange way all add up with the spices and honey. If the chocolate-tomato soup cake can be so inexplicably amazing, why not rye bread and honey?
I froze the ginger because when you do, you can skip out on mincing it up. All you need to do is take your frozen ginger piece and use a fine cheese shredder; you don't even need to peel it. Then I remembered I do not have a cheese shredder and can't borrow one. Fortunately, someone left their blender out so I pulverized the ginger in the honey. 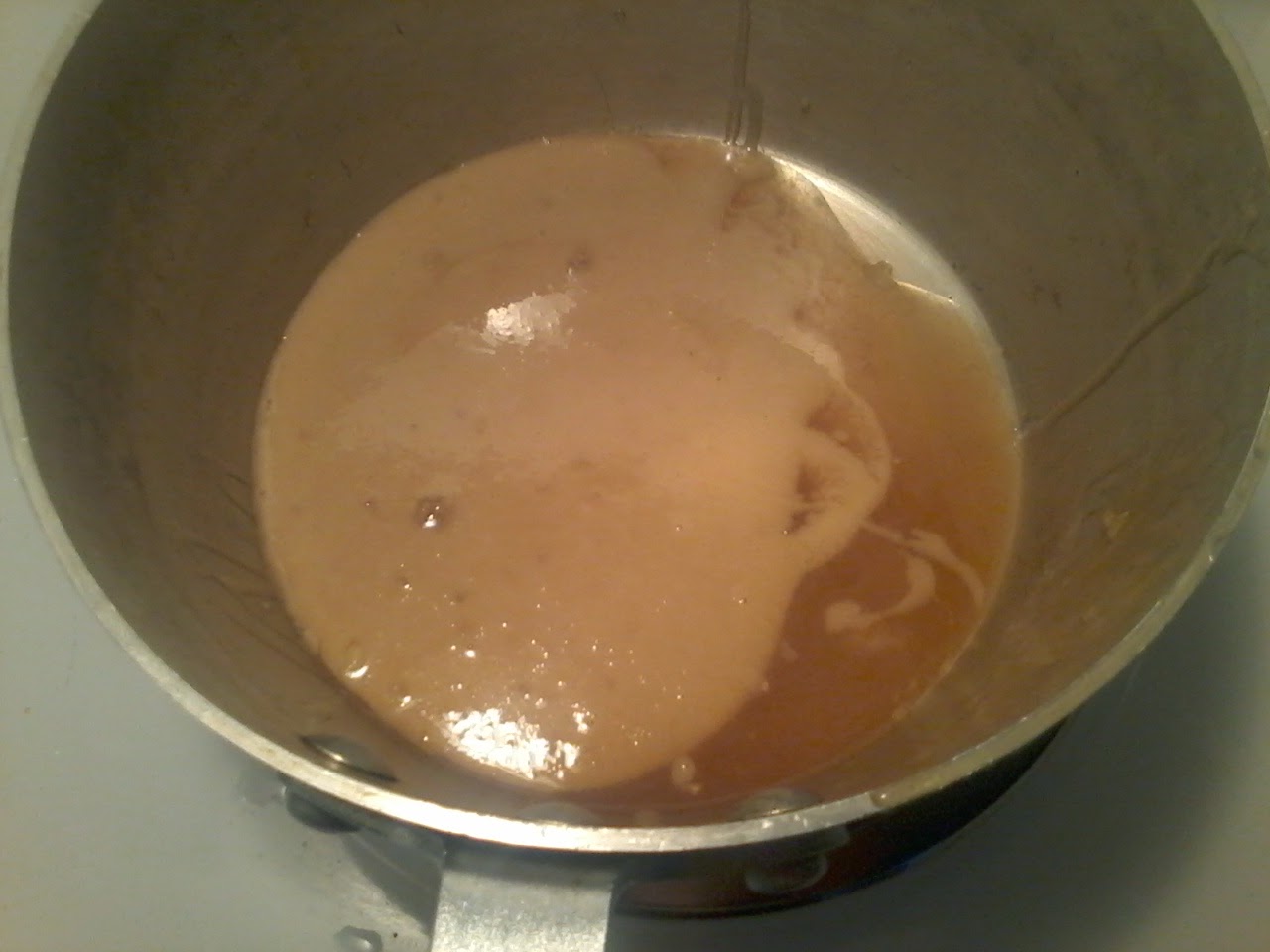 At this point I was slightly unnerved at how this was going. I got, as promised, a stiff mixture. It just didn't smell very good. 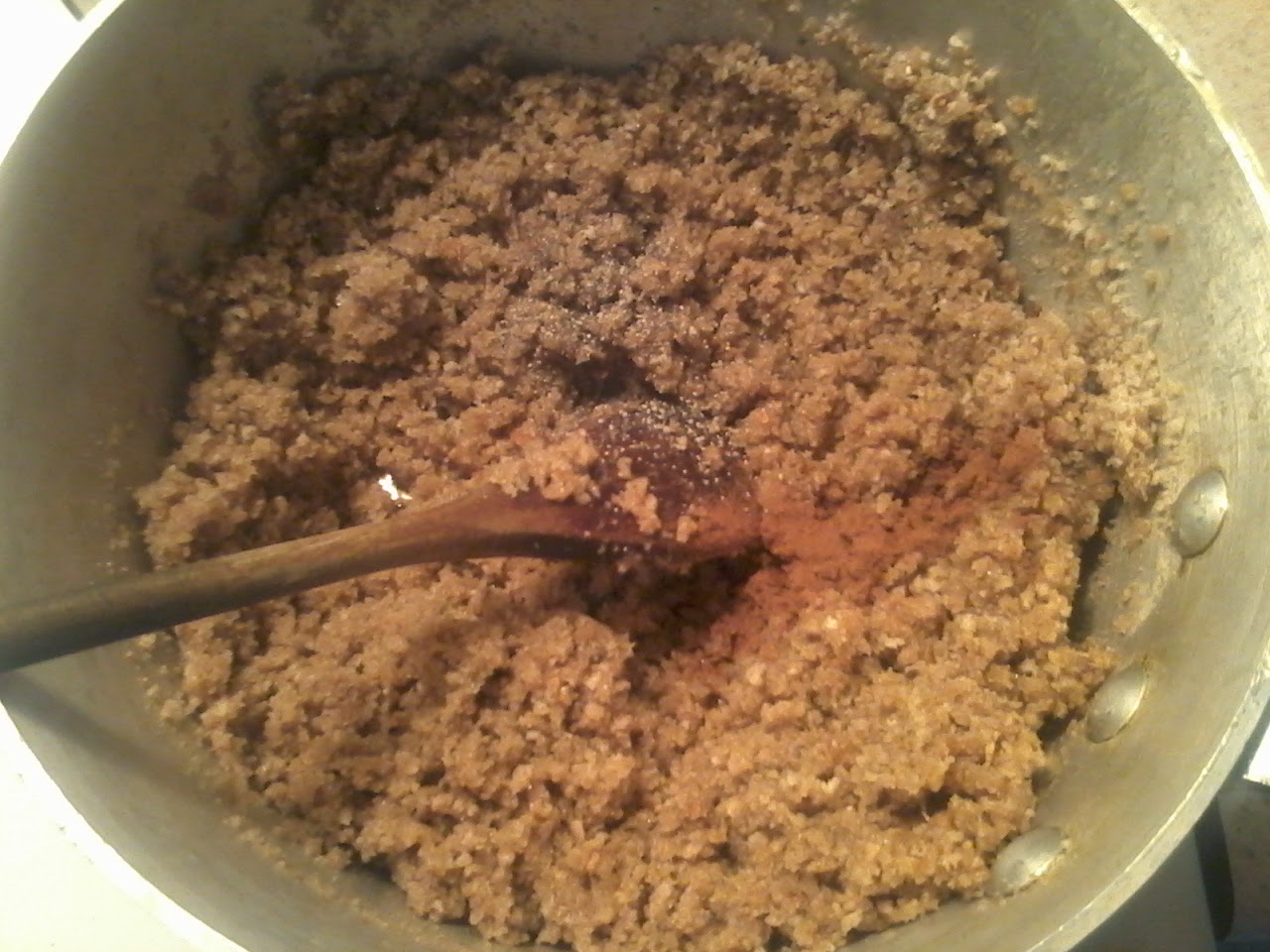 Because it was a sad brown color as well as smelling like disappointment waiting to happen, I decided to fix its appearance with a splash of food coloring. After all, the recipe did say it'd have been dyed, right?

After it cooled, pinched off a piece to see if somehow it had turned into something tasty. As the taste sank in, I realized I had five friends coming over in two hours and I had to serve something to justify their driving all the way out for this. Thus, I ended up biking to the grocery store and hastily grabbing all the ingredients I lacked to make something involving chocolate chips.

So, when everyone had arrived, I had a big pancookie and... er... this.
Maria volunteered to go first, tried one bite, looked really concerned, and politely put it down. Mike asked what went in this and didn't finish it either. Mike stared at his after tasting it and demanded to know what was in it. T finished hers and said "I am a good cousin, I ate my whole piece and you gave me one of the bigger ones. Now let me have some of that chocolate chip thing." Kelly also finished hers but held back an explicit opinion of this creation. The closest I got to a positive response was "Yep, you can tell there's ginger in it!"
Marcus arrived last. Since he has voluntarily tasted a lot of my more... interesting creations, he had the least restraint of everyone. He refused to try it until T pointed to the pan of chocolate chip deliciousness and said all he had to do was take one bite of the primordial gingerbread and then he could have a piece of it. (You know your cooking's bad when it's presented as an ordeal to pass through before receiving a greater reward hereafter.) He tried one bite, got bug-eyed, and confusedly shouted "It's gummy-bread!" He then ran for the kitchen sink. The next thing we heard was "Oh God, it looks even worse when you've chewed it!"

I asked everyone to text what they thought of this, and herewith follow the responses:
Maria: "It wasn't the best thing I've ever had."
Mike: "No hurt feelings?"
T: "I thought it was perfect for serving to people you never wanted to come over again."
And lastly, me: This was interesting in concept. I'd thought the rye bread would go well with the spicy ginger, but it didn't work. The food coloring did it no favors; it looked like a pan of raw beef. Also, the crumbs went really hard, so it was at once leathery, gummy, and gritty. If you ate more than one or two bites, you got a feeling in your stomach like you'd swallowed a bowling ball whole. I don't know whether this is faulty recipe translation or changing tastes, but you'd have to have smoked a lot of weed to want this.


And so, in conclusion, I leave an open note to everyone who had at this thing with me: You are awesome friends. I hope you at thought it was fun to see each other and that this was an interesting adventure that was entertaining in its own unnerving way. Also, I hereby promise that the next I do something like this, it will be something delicious. It will not be one of the weird recipes like this, nor will it be scary like the time before this. Sincerely signed, &c.
Posted by S. S. at 3:54 PM