Son of Carrot Cake is Actually a Cake

As I said the last time I made one, I unexpectedly have a lot of carrots in my refrigerator. Therefore, A Book of Cookrye will have frequent carrot cakes until I go through all of them. You'd almost think carrot cake was one of my favorites. The first one was really disappointing (even though it came from a Louisiana Junior League cookbook!) and was more of a fat-flour paste than a cake, so today's crack at carrots doesn't have a lot to live up to.


If these cakes are going to be mediocre at best, at least they're easy to make. And maybe I'll find one that's actually good enough that at the end of this I actually get more carrots (at a later date!) to make it again.

One thing no recipe has made clear yet: Do they want the carrot shreds measured after packing them down into the cup or kinda fluffy like they fall out of the grinder or cheese grater? Just to get rid of the carrots be sure, I decided on the former.

I forgot to soften the butter so I just microwaved it. I may or may not have forgotten to check if it was ready.

I added the sugar and oy, the excess fat sloshing around! Not as bad as the egg-and-oil goop from last time, but this cake won't be good for you either. 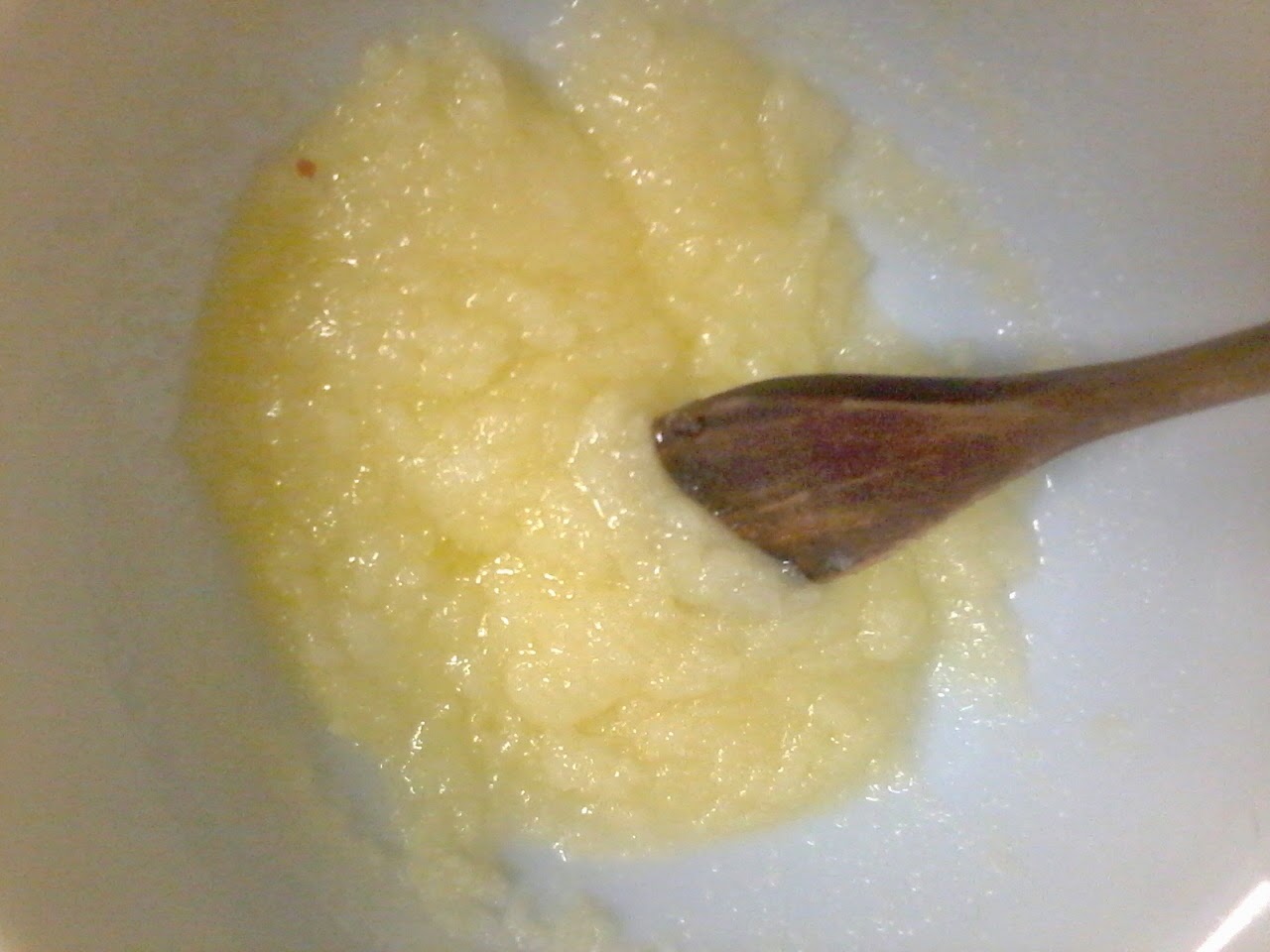 This is how much cinnamon and cloves I put in. You can see the little smattering of cloves to the left and a bit above the spoon (cloves are one of the few spices you can actually use too much of). 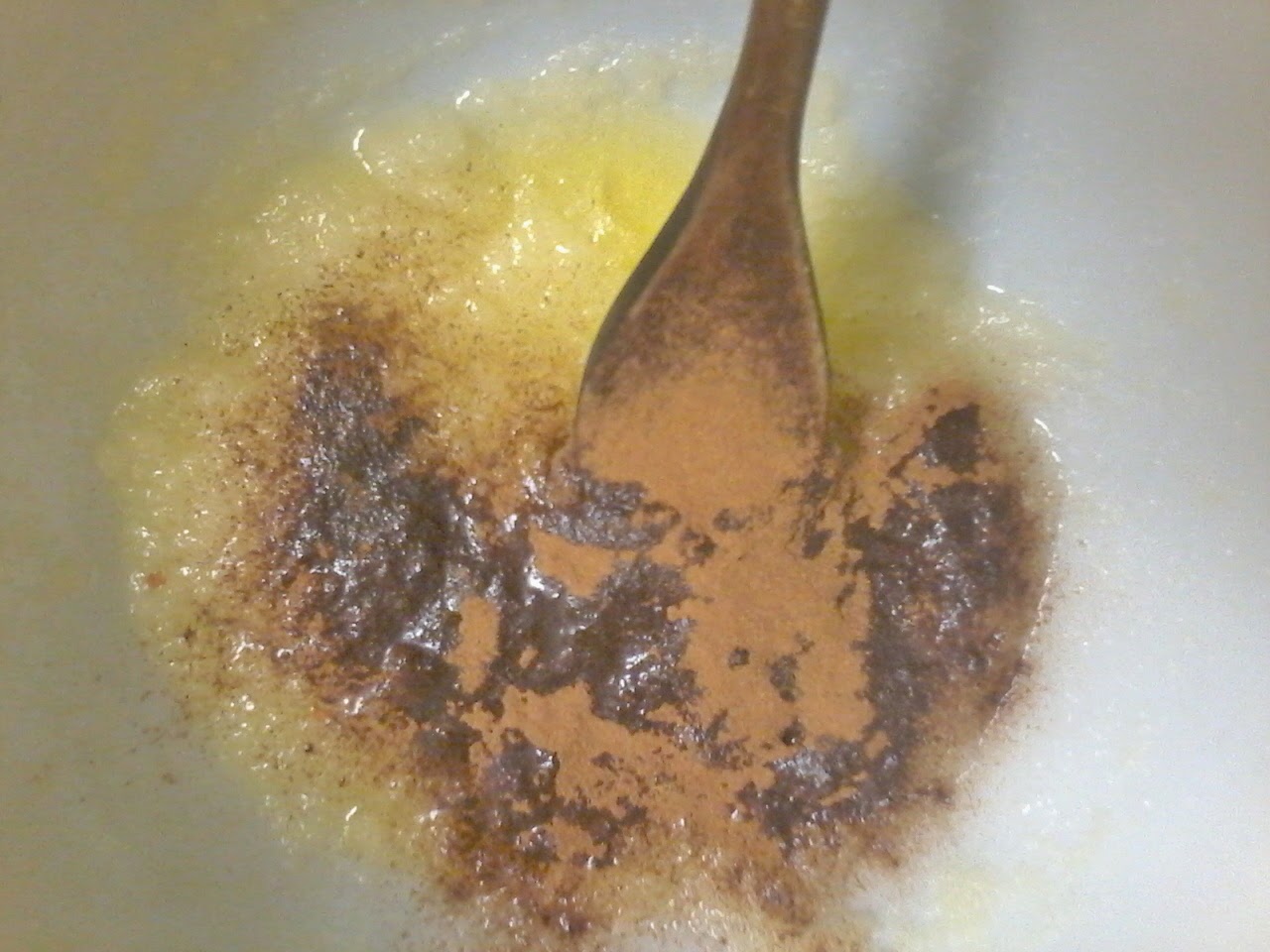 And here we have finished cake batter (except the carrot shreds which you're supposed to add at the very end). I tried it without the raw carrot shards and it was a really good spice cake. So I had high hopes for this. There's not much cake batter since this only makes one little cake. 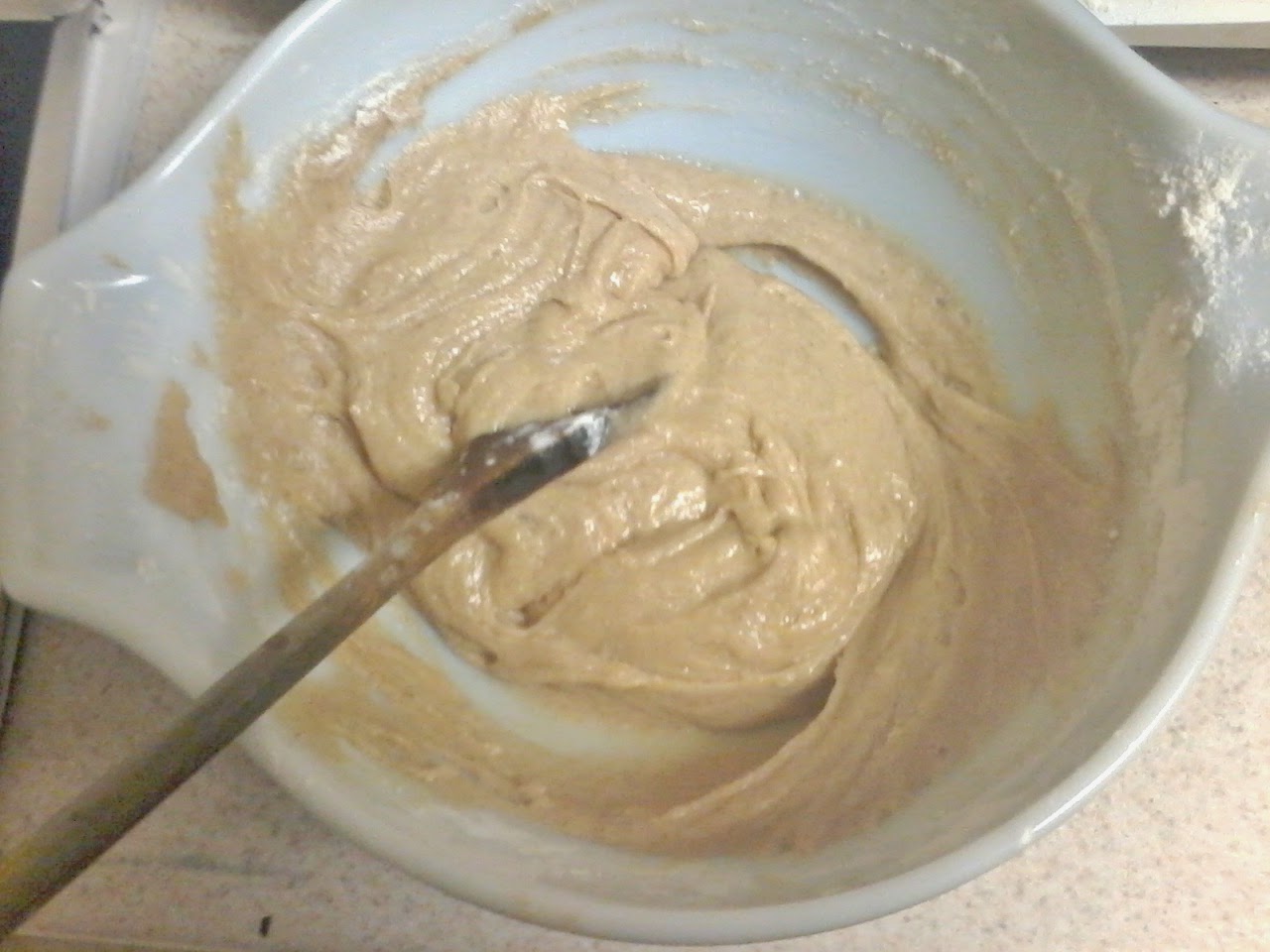 Or at least so I thought until I added the carrots. There was only 1½ cups of them, but I think they started breeding upon contact with cake batter.
It filled up my cousin's cake pan which she will eventually get back (or not). I thought it was going to overflow while baking.
Fortunately, it instead didn't overflow. It was in the oven for 40 minutes, and didn't rise all that much in the baking. I was slightly concerned that I may have another flour-oil paste in the making. If I really liked carrot cake I'd have been worried.
Despite a lack of carrot cake enthusiasm, I was impatient to try this, so I took advantage of the fact that it's around 45° (That's about 7° or 8° for all you Celsius folks) and windy and set it outside. 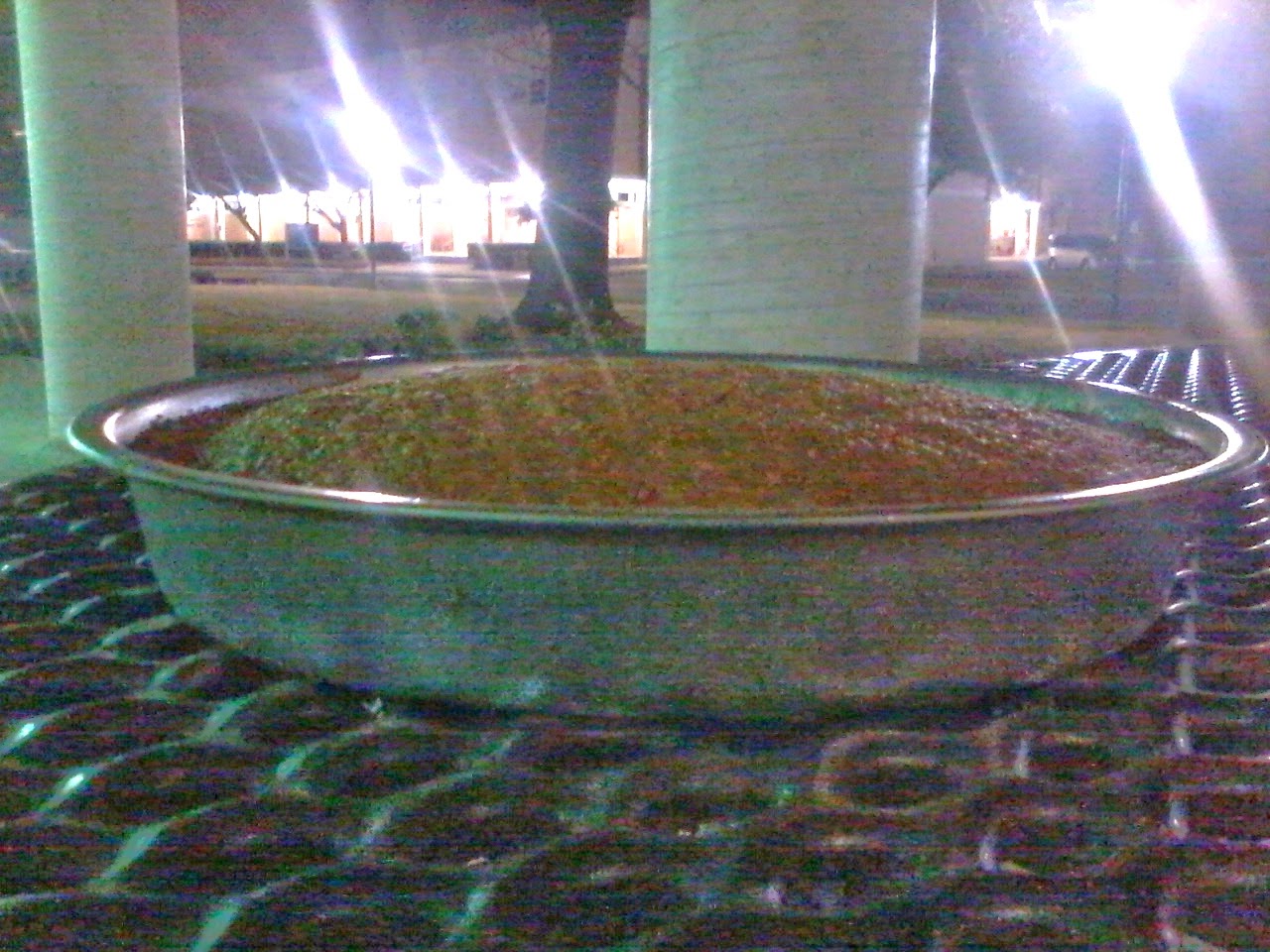 I like how old-fashioned setting things outside to cool feels to me. I think it's because the only time I've seen it done is in 40's and 50's cartoons where inevitably someone gets repeatedly smacked away trying to steal one of the pies.

But I was hopeful that this one'd be good. The batter was tasty, and it didn't have any signs of being like the last one. The top looked like the top of a cake should.
You know your standards for a cake are low when you're relieved it looks like cake. Then I cut out a slice and was really happy to see it actually was fluffy like a cake ought to be!
As for the taste: surprisingly good. The spices got a lot subtler in the baking and went well with the carrot flavor which went nicely sweet after they got cooked. It definitely tasted like a carrot cake and not a spice cake.

Maybe I'm on an upward trend with respect to carrot cakes and the next one will be better than this.