We at A Book of Cookrye saw a zucchini recipe floating around Facebook and had a surprising revelation: we've never eaten a zucchini! This theoretically will make us not regret changing that.


If garlic, pepper, and Parmesan can make cauliflower delicious, why not dump them on zucchinis as well? The recipe also called for thyme which we purchased some time ago after a series of thyme plants we set on our windowsill died. We wondered what the spice tasted like and was it worth the series of dead plants. Adding it to everything else made it smell a lot like the seasoning they dump on bread in Italian restaurants.

If nothing else, they will have crunchy cheese bits on top. Although saying "if nothing else there's cheese on top" makes me think of a Dear Abby letter from someone whose coworker always picked all the cheese and breadcrumbs off the tops of casseroles at parties, leaving bare vegetables for everyone. (Abby suggested disinviting him or, if that was infeasible, serving him little individually-baked portions of everything with great ceremony to shame him out of his behavior.)

While they cooked, they smelled like a combination of burning rubber and garlic. We at A Book of Cookrye began to think we might have been right in generously letting everyone else have the zucchinis.
Upon letting the zucchinis cool a bit, it turned out this recipe is actually pretty good! Garlic and Parmesan seem to be like MSG for vegetables. However, we will note that while the original post makes it look like you have fairly rigid zucchini rods that you can eat like churros, the reality is disappointingly limp. 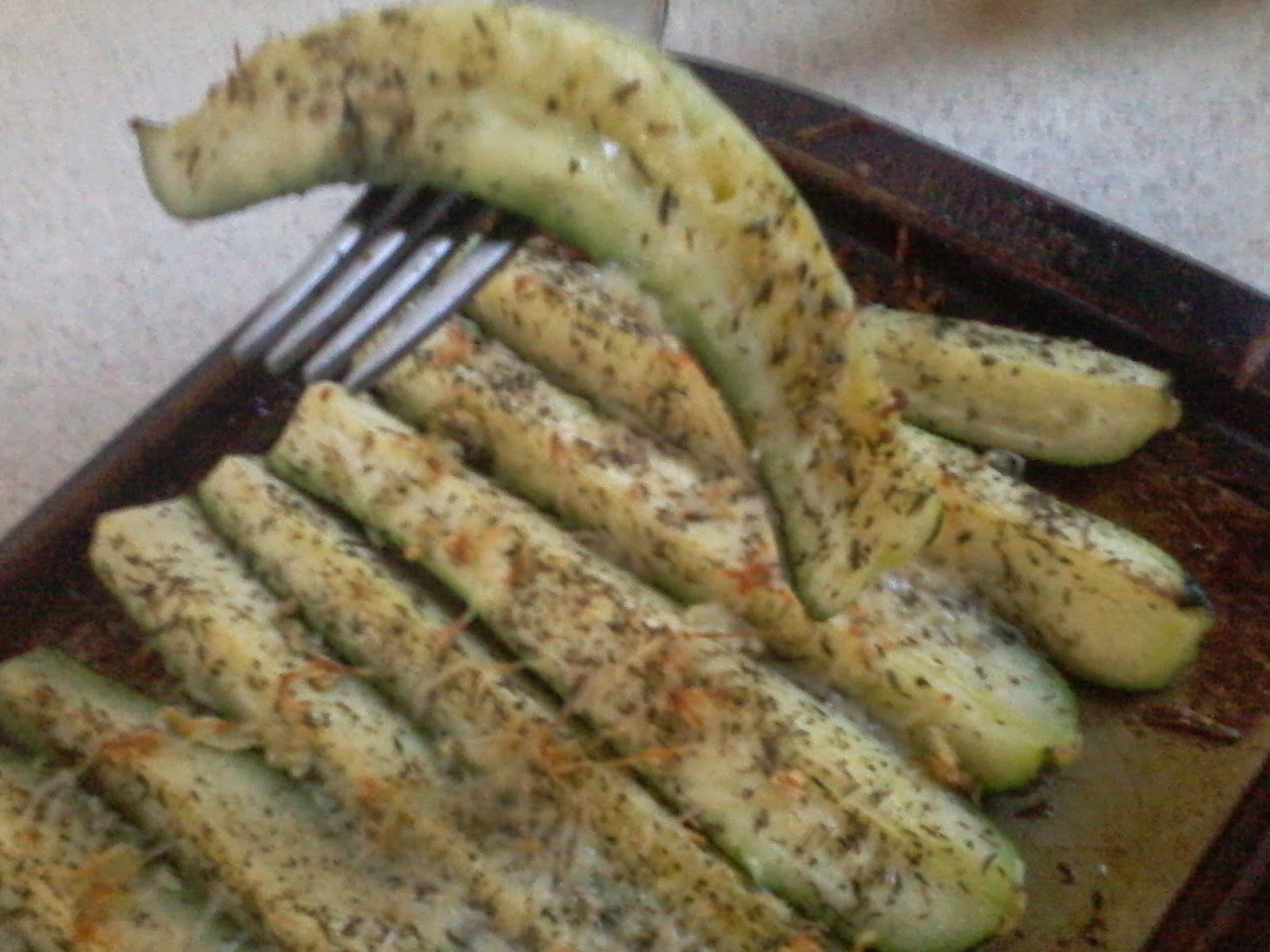 But these are tasty despite being so floppy, and you get browned cheese bits in the pan when you're done. 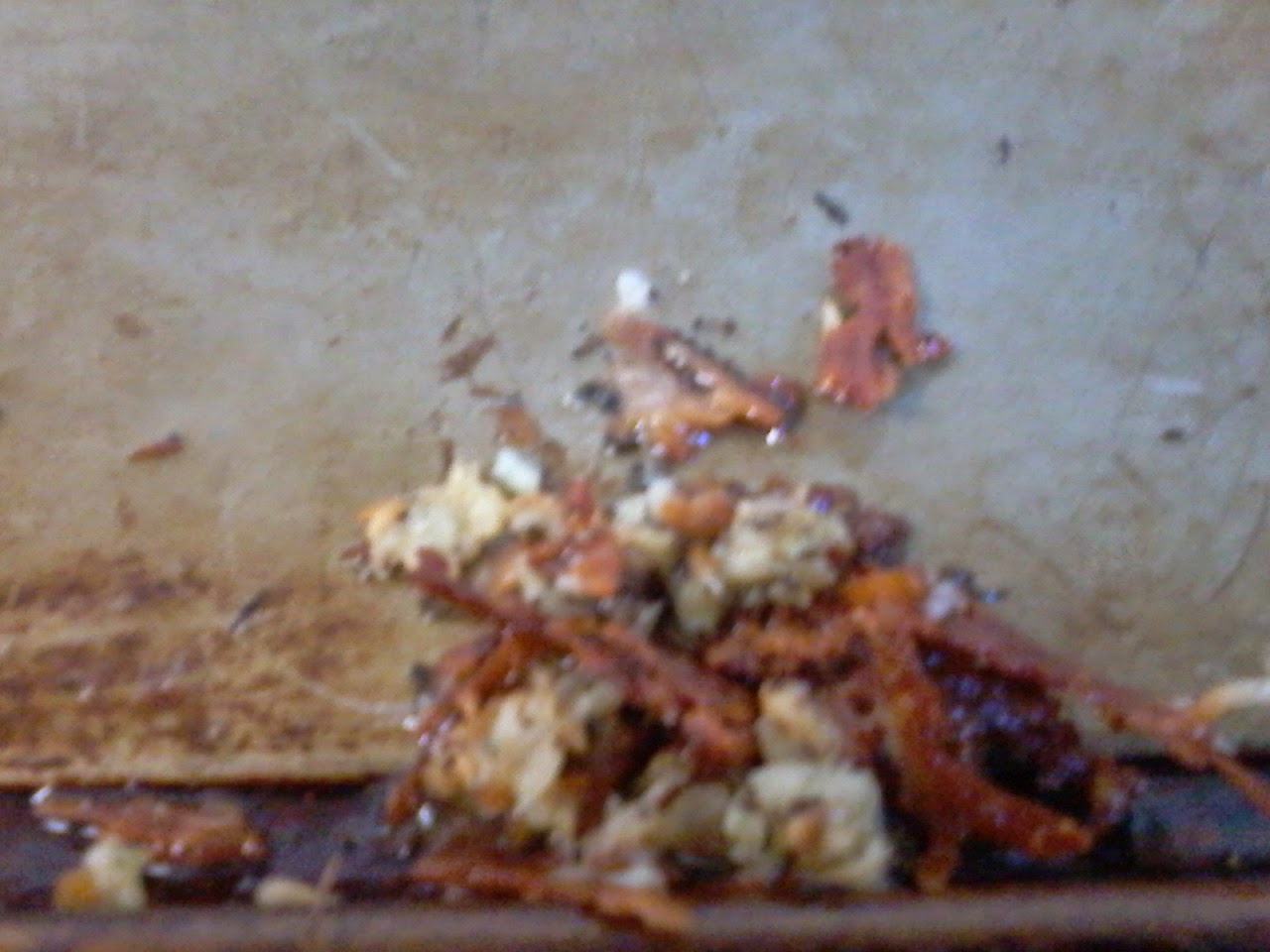