Snow Muffins, or Of course the Canadians would make this

As the day begins to lengthen, the cold begins to strengthen. Or, to put it less poetically, it's pretty damn cold!
Anyway, we at A Book of Cookrye realized that it's raining ingredients out of the sky.

Why do I have a picture of the ground, you may ask? Because that is where I gathered ingredients for...

That's right, we're trying favorite foods of Canada! If you're in Canada, do let us know if this recipe is at all familiar to you.
We would not have noticed this recipe had ingredients list not called for "clean white snow, dry and crisp." Of course! In Canada, they have bitter cold winters! Who else but those with Canadian winters would decide to cook snow?
Having no idea what a "buche de neige" is, we checked the directions and... it's muffins! Snow muffins! Seriously, it's muffins with snow in them!

This is one of those recipes that make us wonder "How did this happen?" Water muffins have been around for a long time, but who among Canada's pioneer homemakers was so impatient one winter that they couldn't even let the snow they'd scooped up melt before baking? Or perhaps these are so tasty that such waiting became impossible? 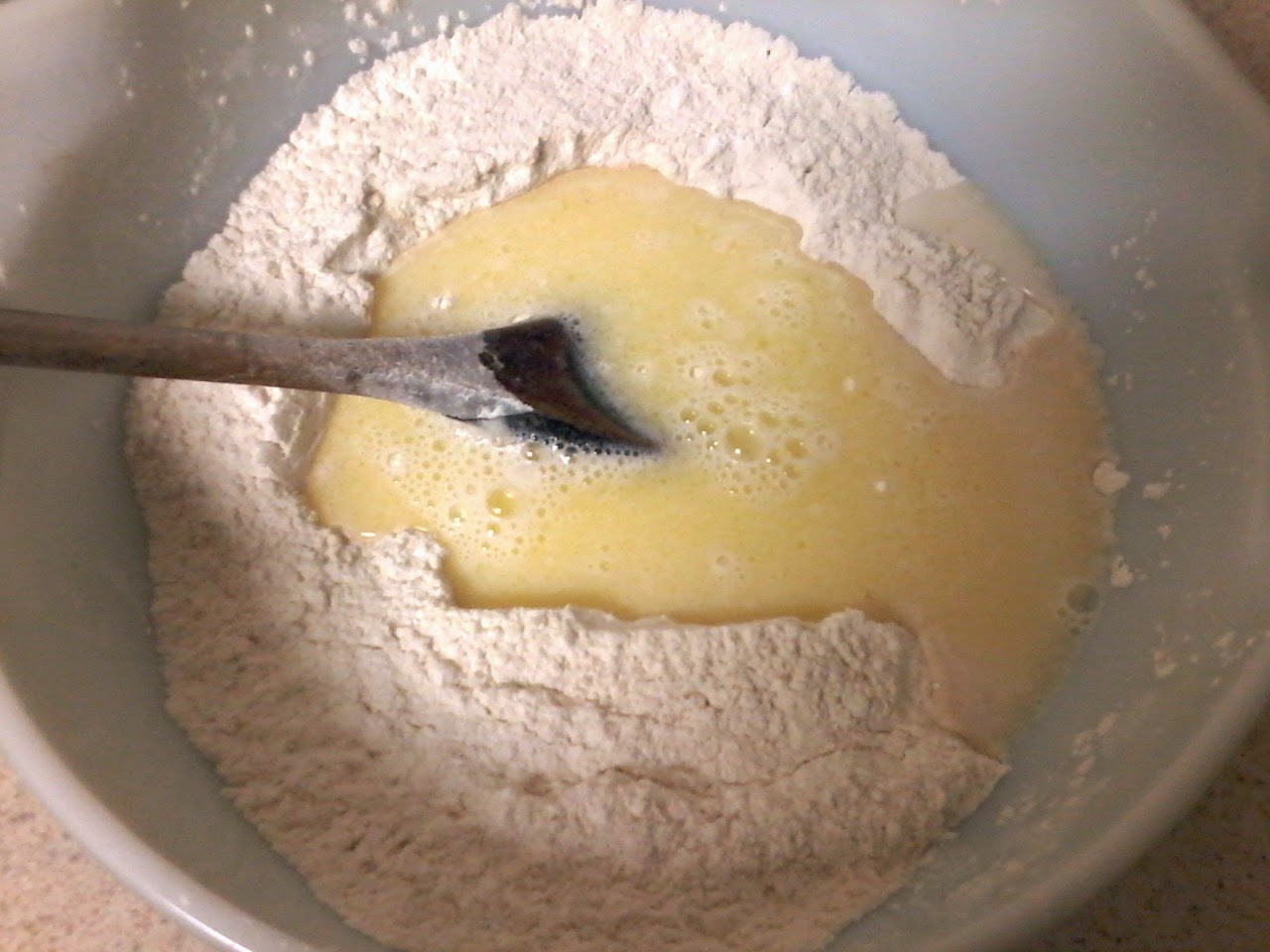 Also, does what does "stir slightly" mean? We do hope this is what the pioneering Canadians had in mind. 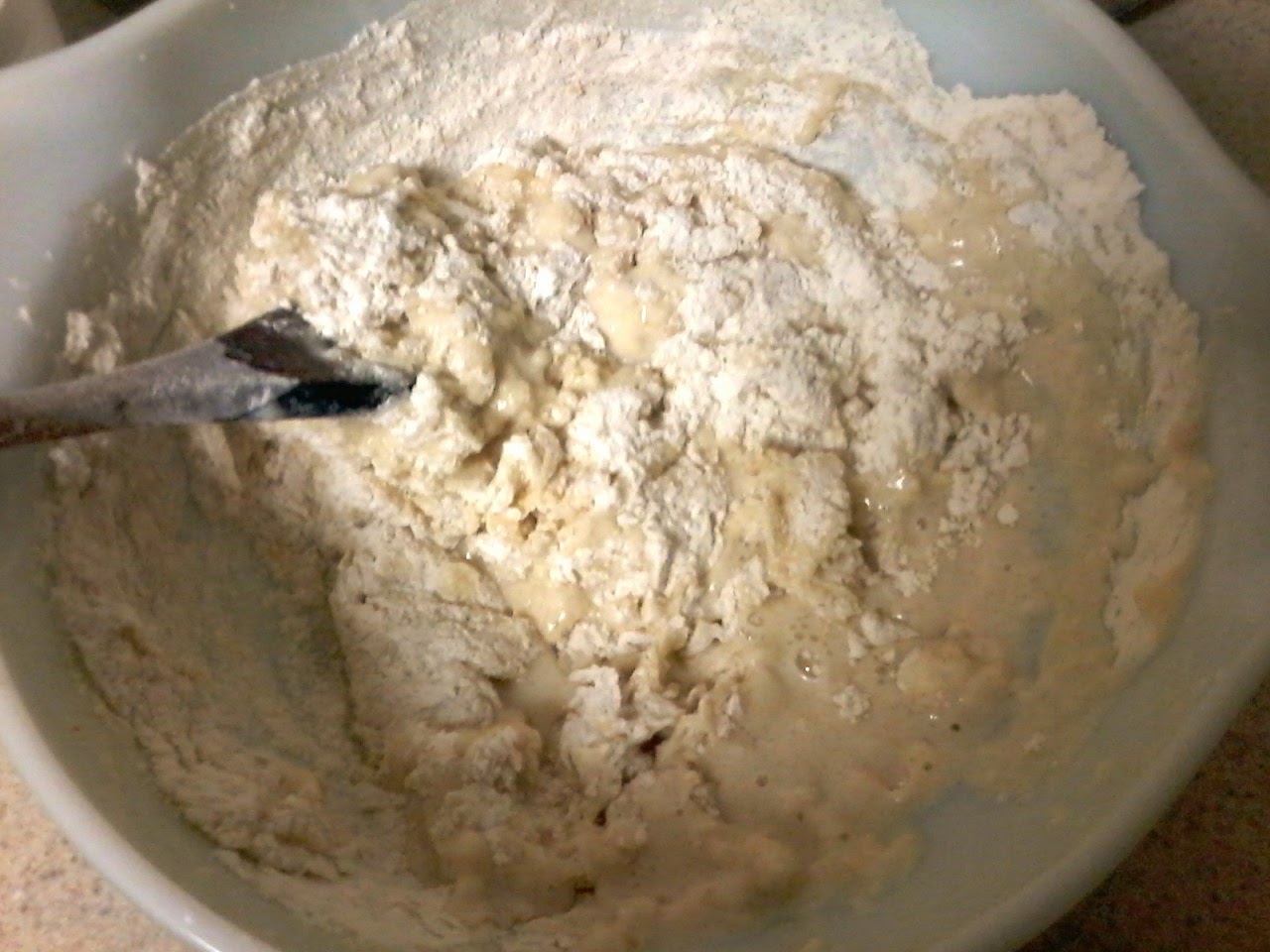 Here we must admit we had to make a slight substitution. You see, we did not get any snow, so we had to use sleet instead.

And now, we are pleased to present a shot of one of the most controversial ingredients ever featured on A Book of Cookrye! 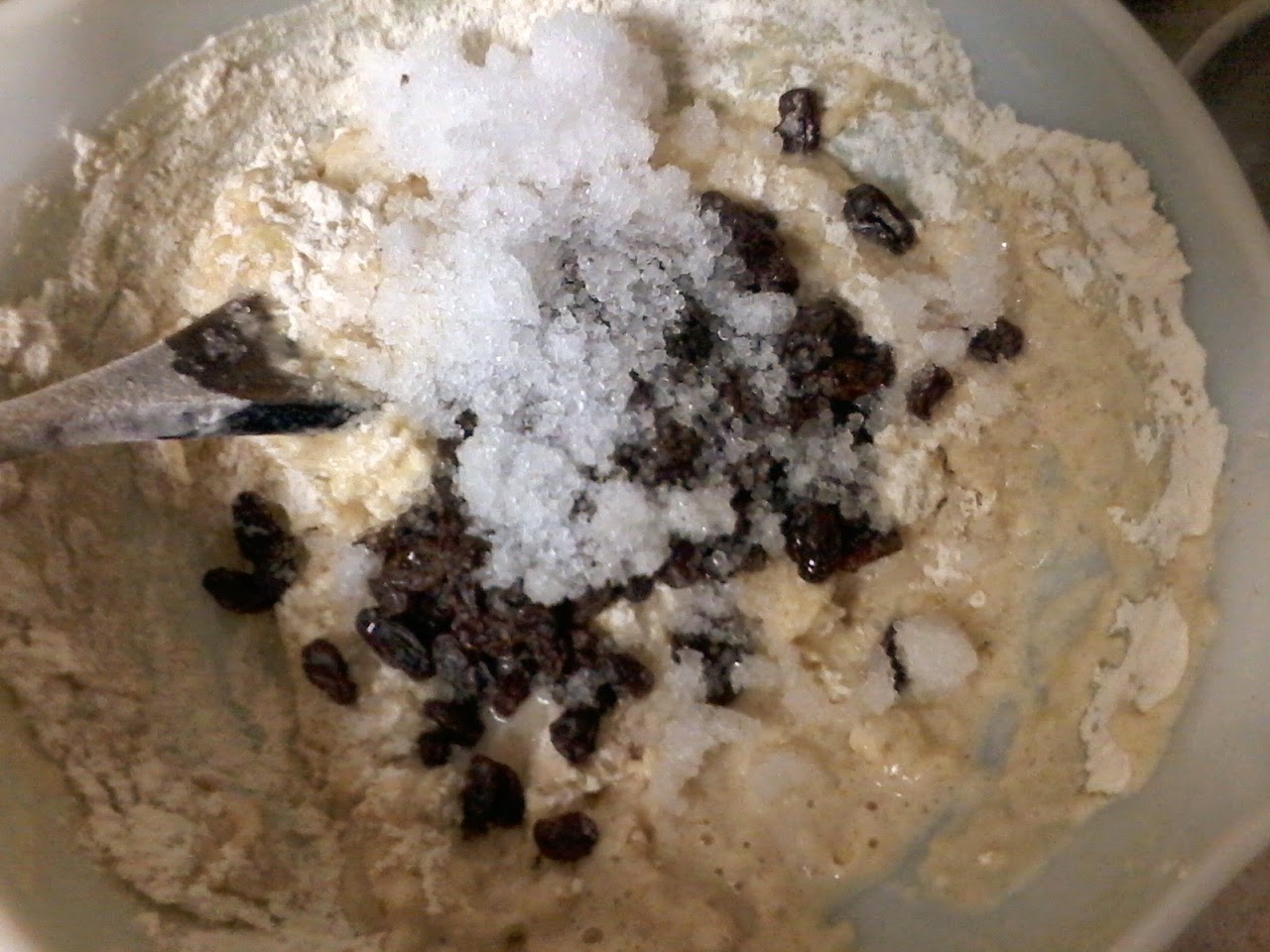 You know what? Let's bring the camera closer. This ingredient has caused more impassioned dispute among those who've eaten our creations than anything else we have ever used. 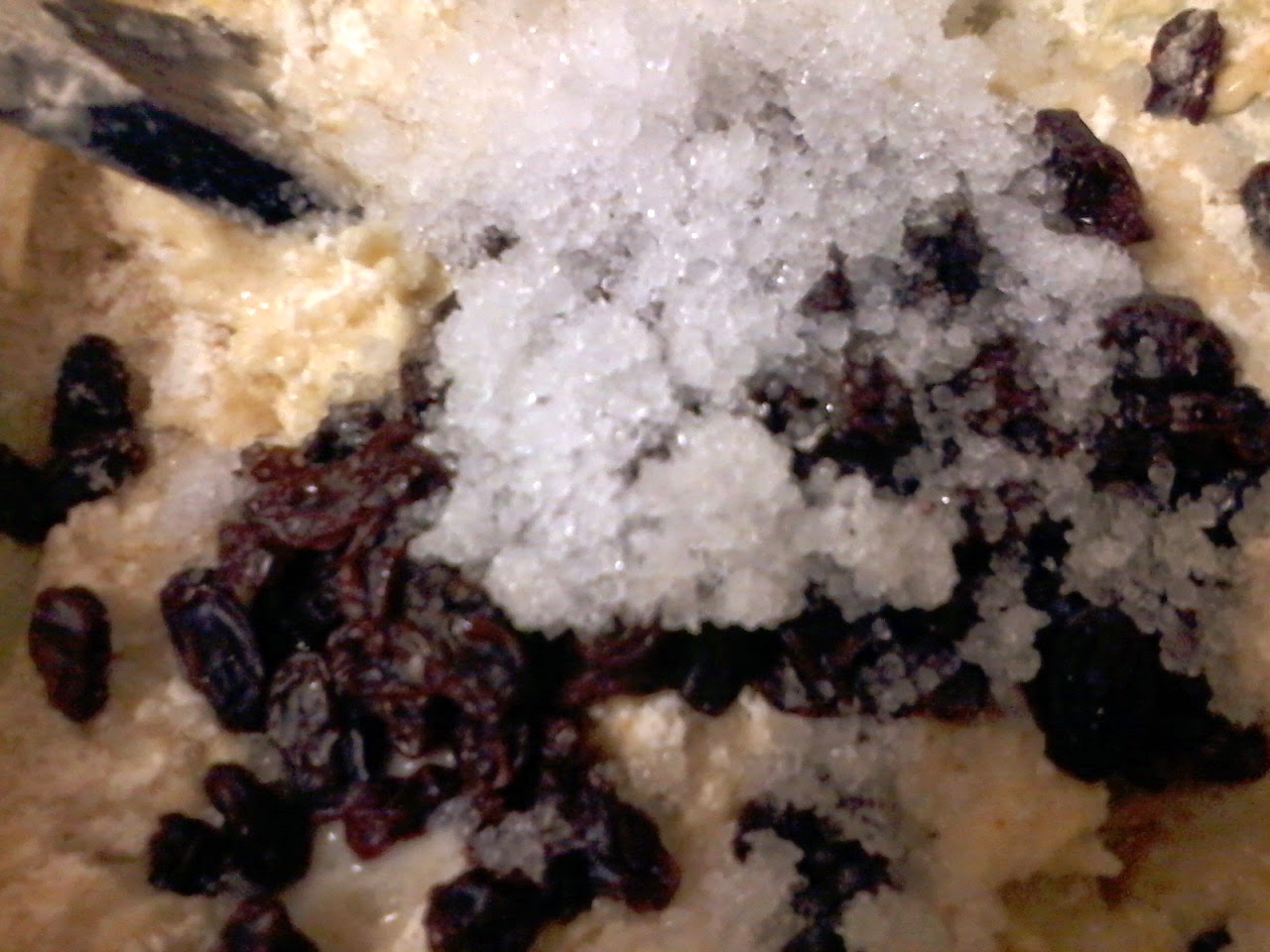 That's right, we're using raisins. Those evil, eeeeevil things that make people spit things out in disgust. Those terrible things whose resemblance to chocolate chips has traumatized so many people. You'd have thought I'd have heard a fair amount of "eeeeew, you got that from outside?" as I mixed these up, but all the grievances I received was on account of the presence of raisins.

These muffins got really high in the center. I thought they were going to rise right into the rack above them (owing to multiple people using the oven at once, the racks were very close together). 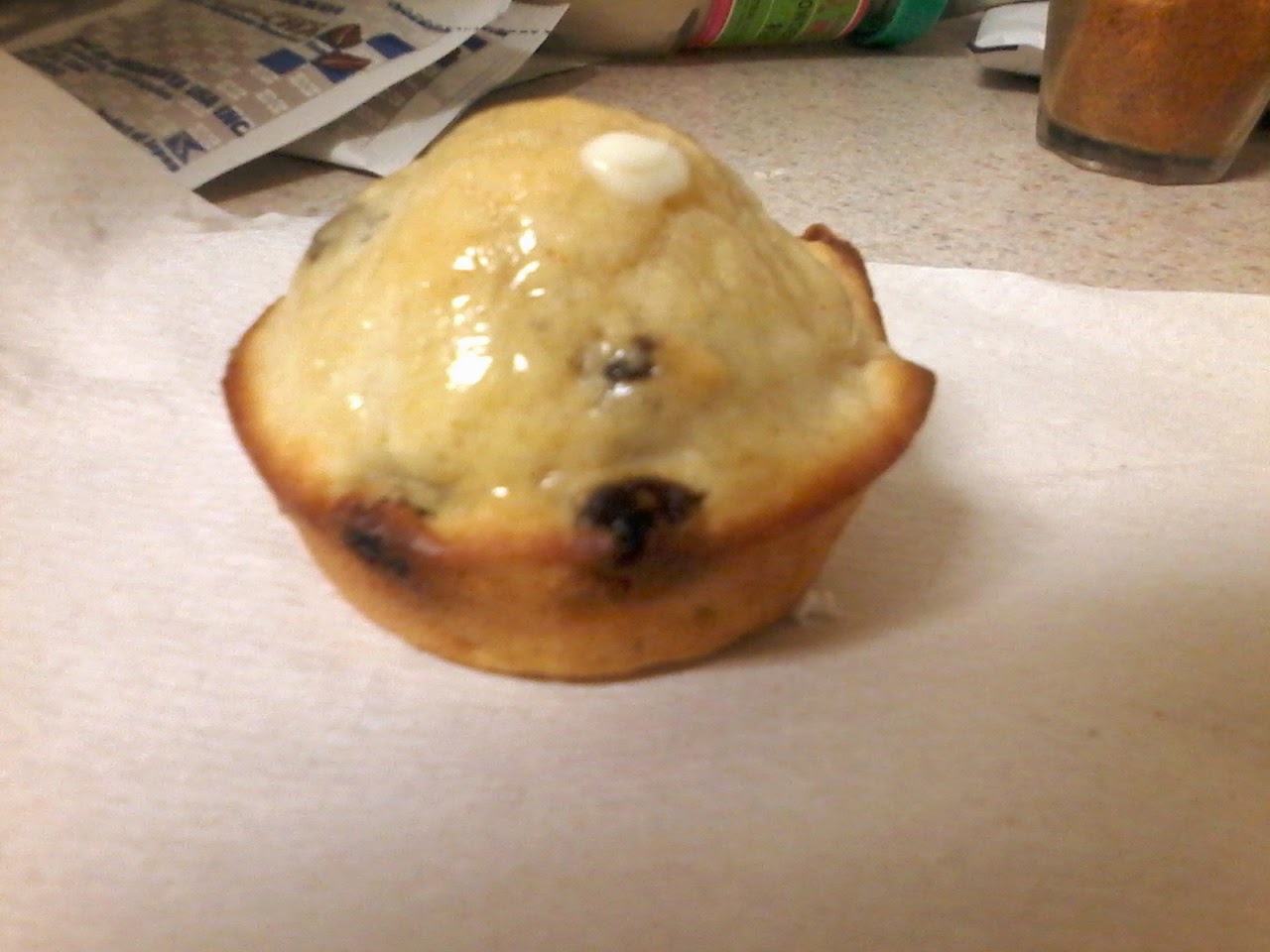 Those who don't suffer raisin flashbacks liked these a lot. The mace was unusual but went really well in them. Plus, this is a really fun recipe to make-- I can totally see bringing it out every winter when the snow gets really severe. So, hooray sleet muffins! I want to make them every time we get snow!
However, these are more of a breakfast than a dessert. However, I'm glad they made their way into a dessert book anyway. 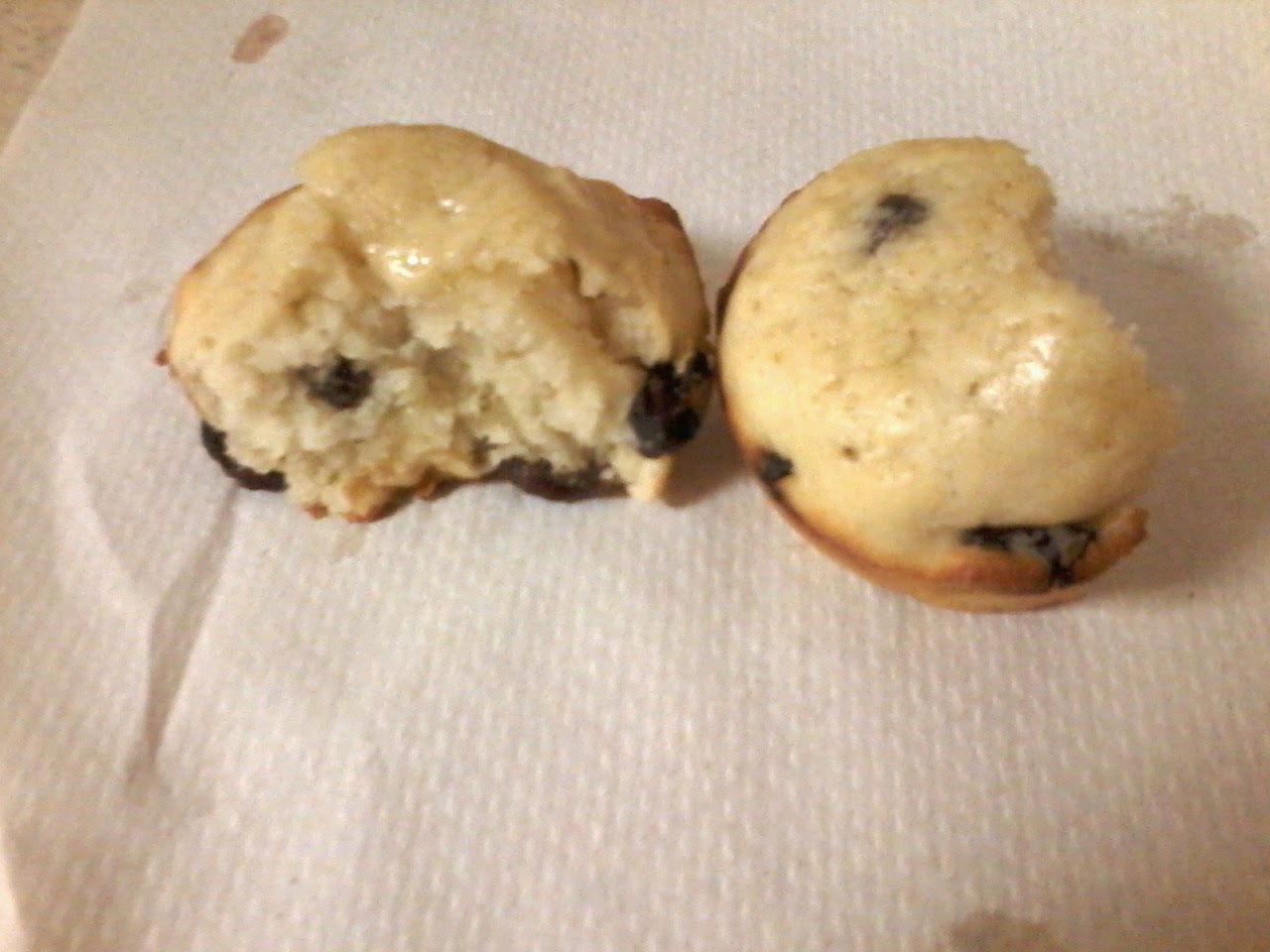 And so, in conclusion, please enjoy this picture of me being totally prepared for this weather. 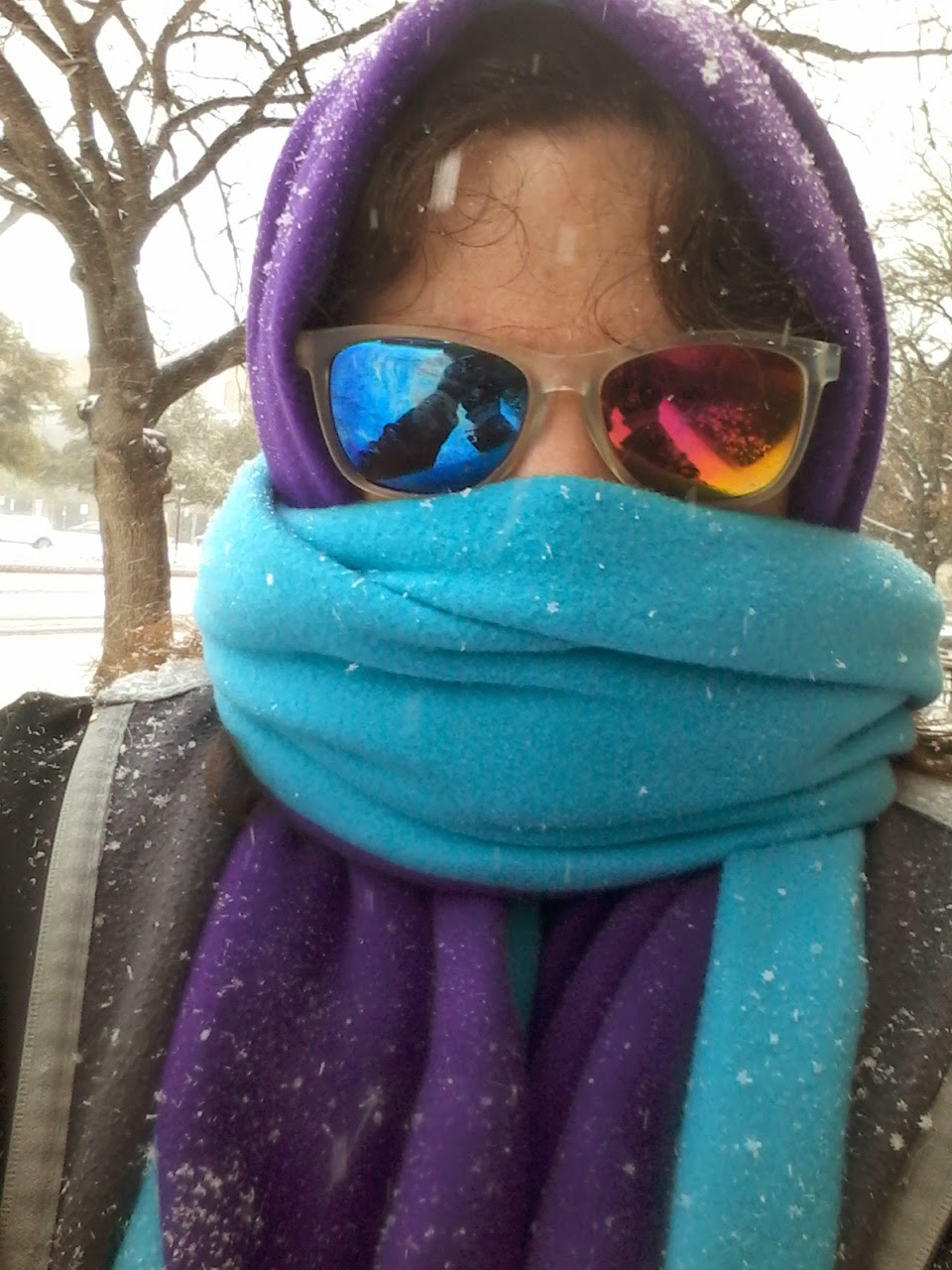 Stay warm and watch out for inept drivers, everybody!
Posted by S. S. at 11:22 AM