Liver! Liver! We made liver!

We at A Book of Cookrye have fielded accusations that we're really picky. Most of them are true. But today we are going to combat this dreadful image crisis with... 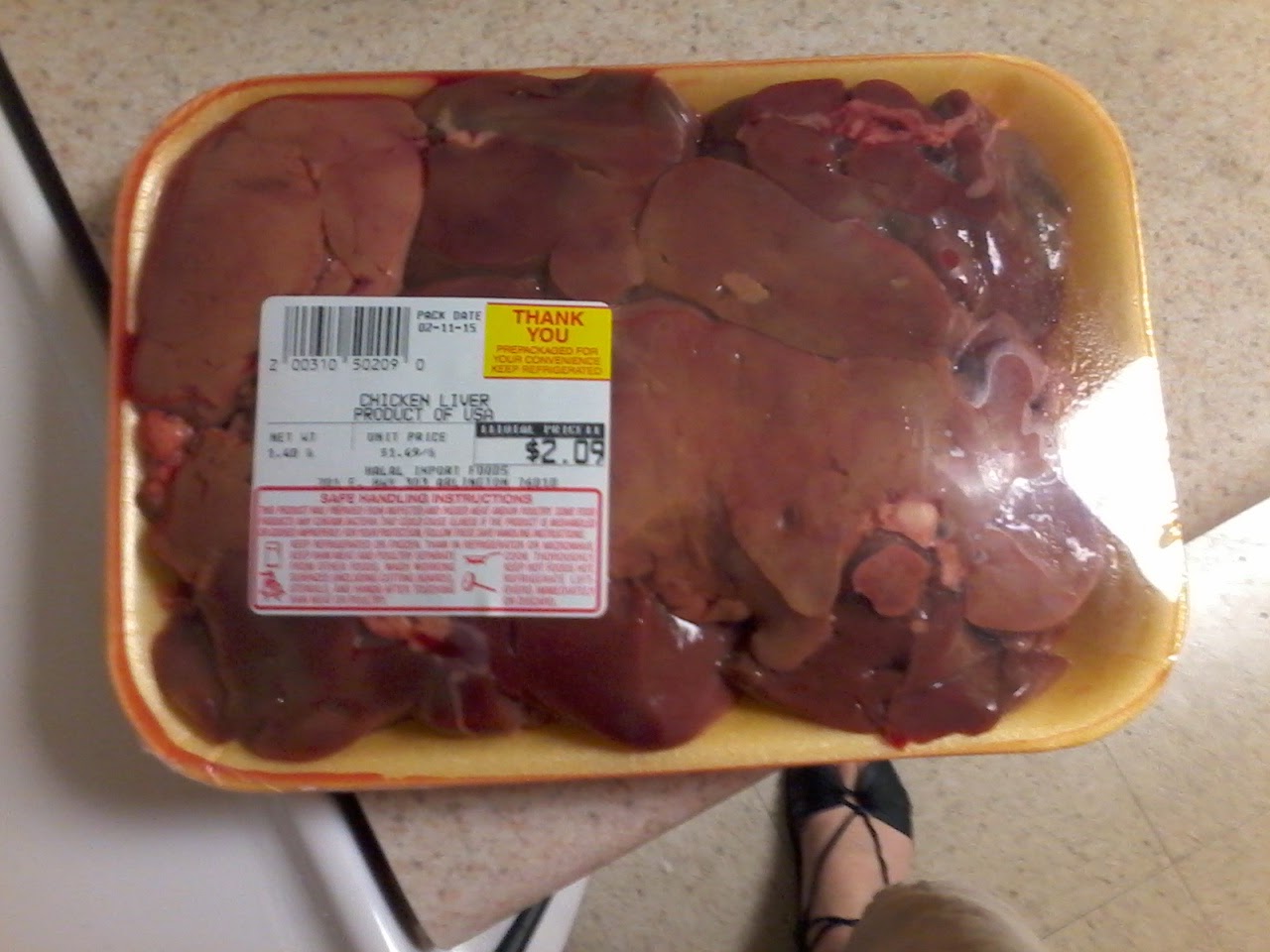 If liver proves terrible, I barely felt it when I paid for a tray of them. 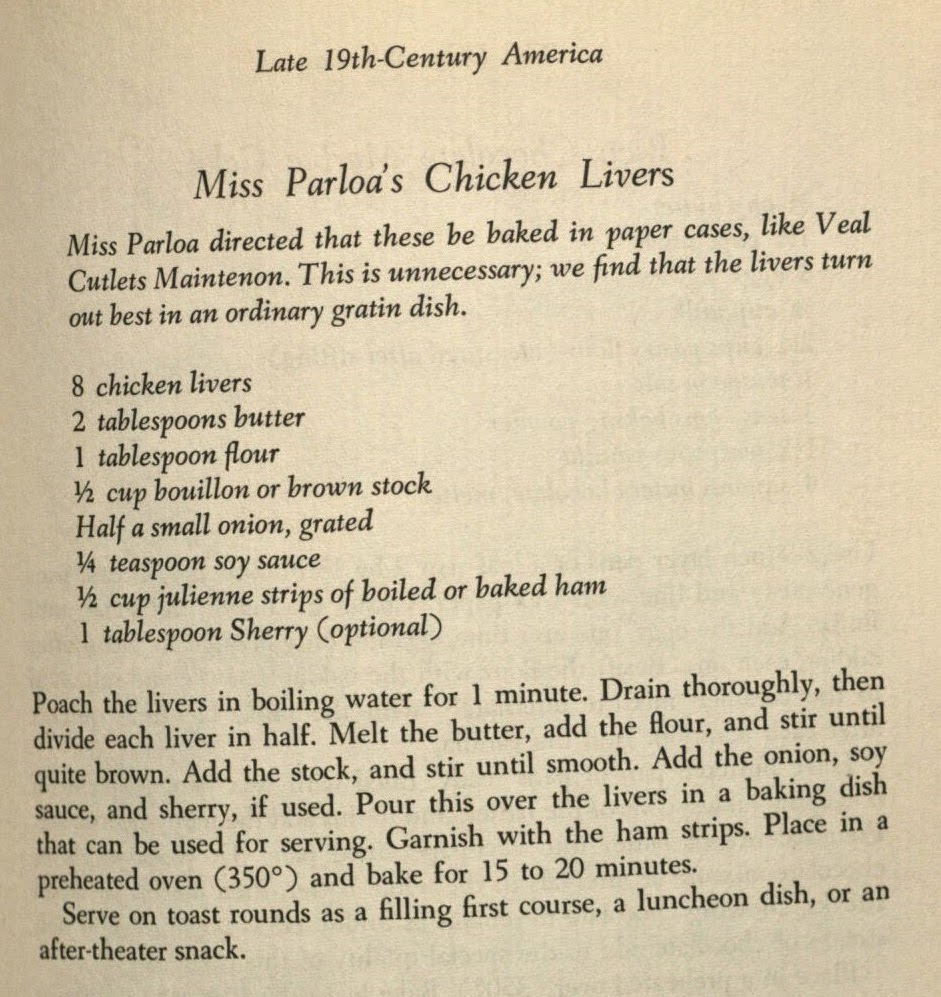 This recipe comes to us from The Delectable Past, the same cookbook as the Banana Soufflé. The non-liver ingredients actually looked fairly promising. Also, does anyone else find calling this an after-theater snack amusingly specific? 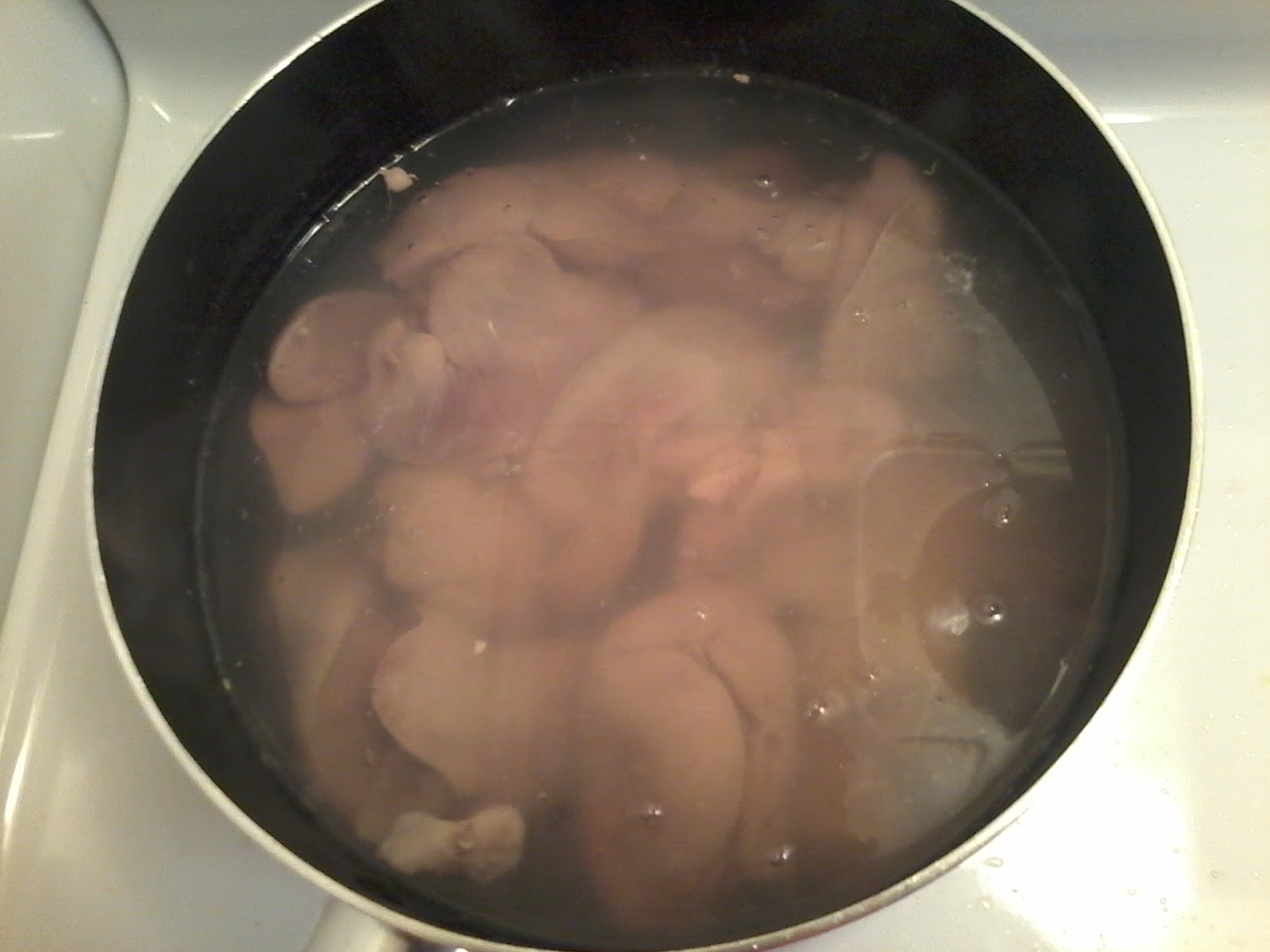 Fortunately, the livers could soon go into the strainer and remain in the sink where I could ignore them. 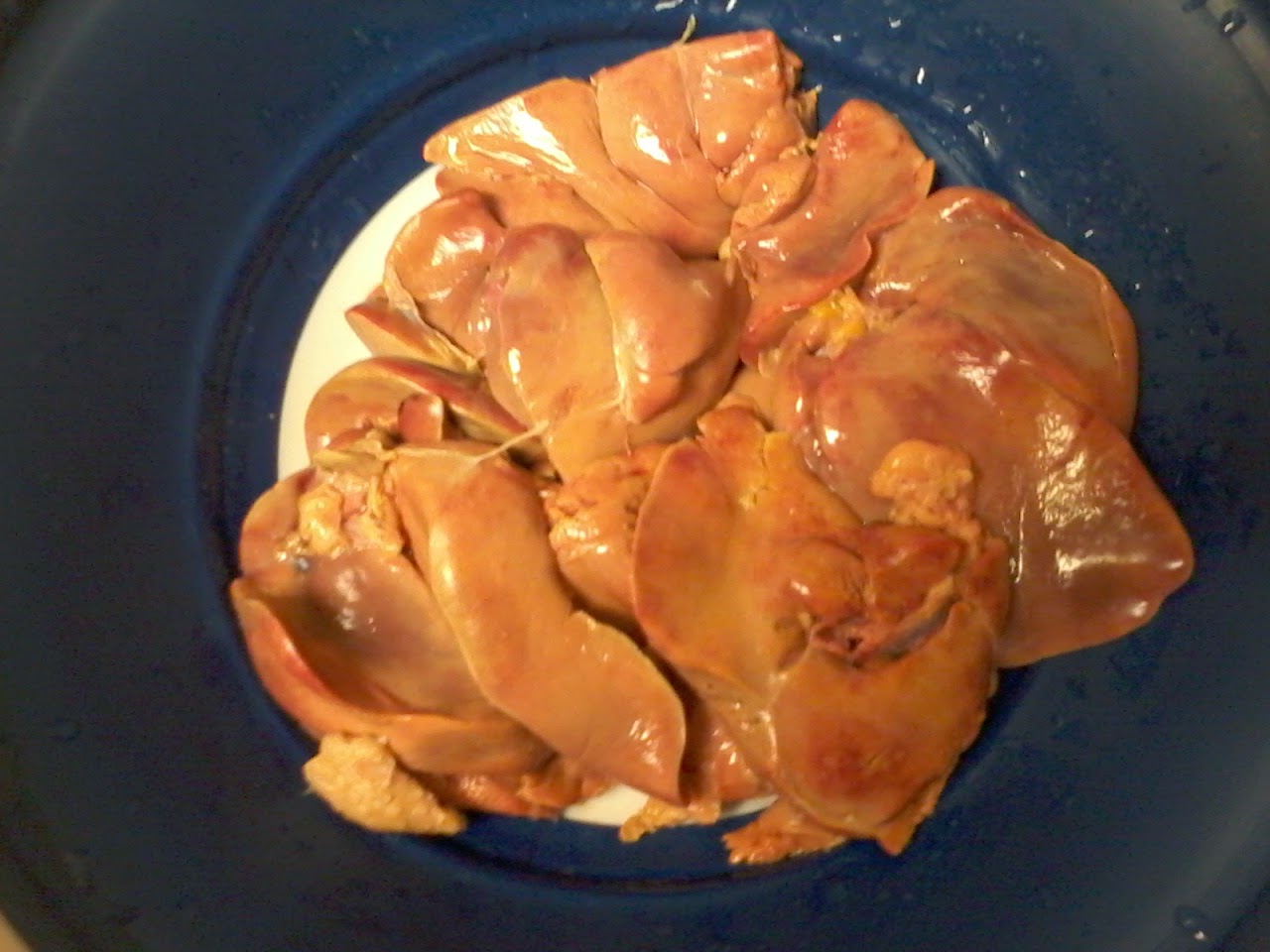 Meanwhile, the recipe took a left turn at Louisiana and soon we were, um, making a roux. You know what? I can live with that. Half of the things River Road Recipes begin with "first you make a roux" and when you're done with those you have Cajun food. 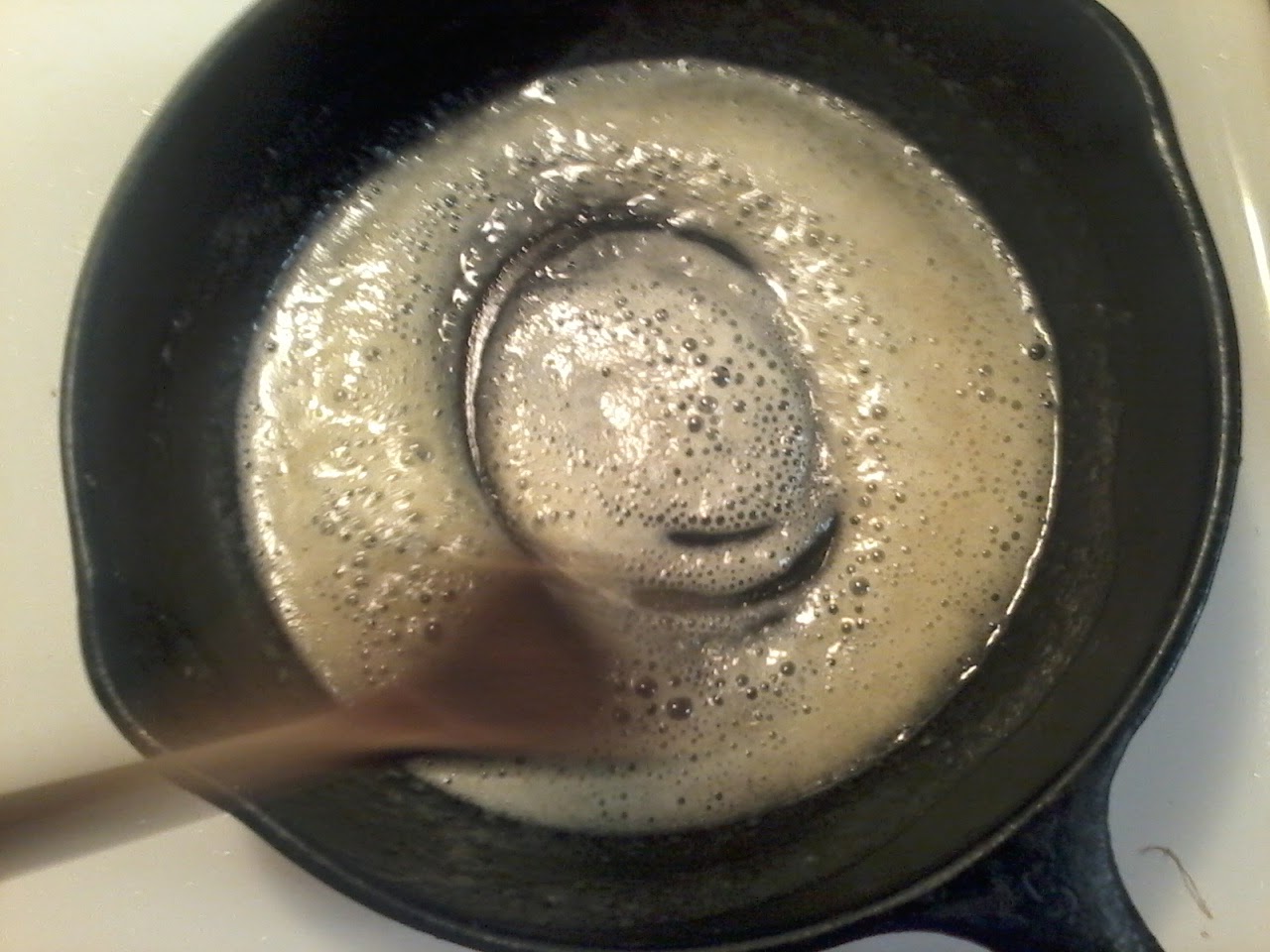 Sometimes you read a recipe and even though the instructions are clearly written, you have no idea what you're doing. For example, I dumped the stock into the pan as directed, stirred until smooth as directed, and... wait, did I just make a pan of brown gravy? 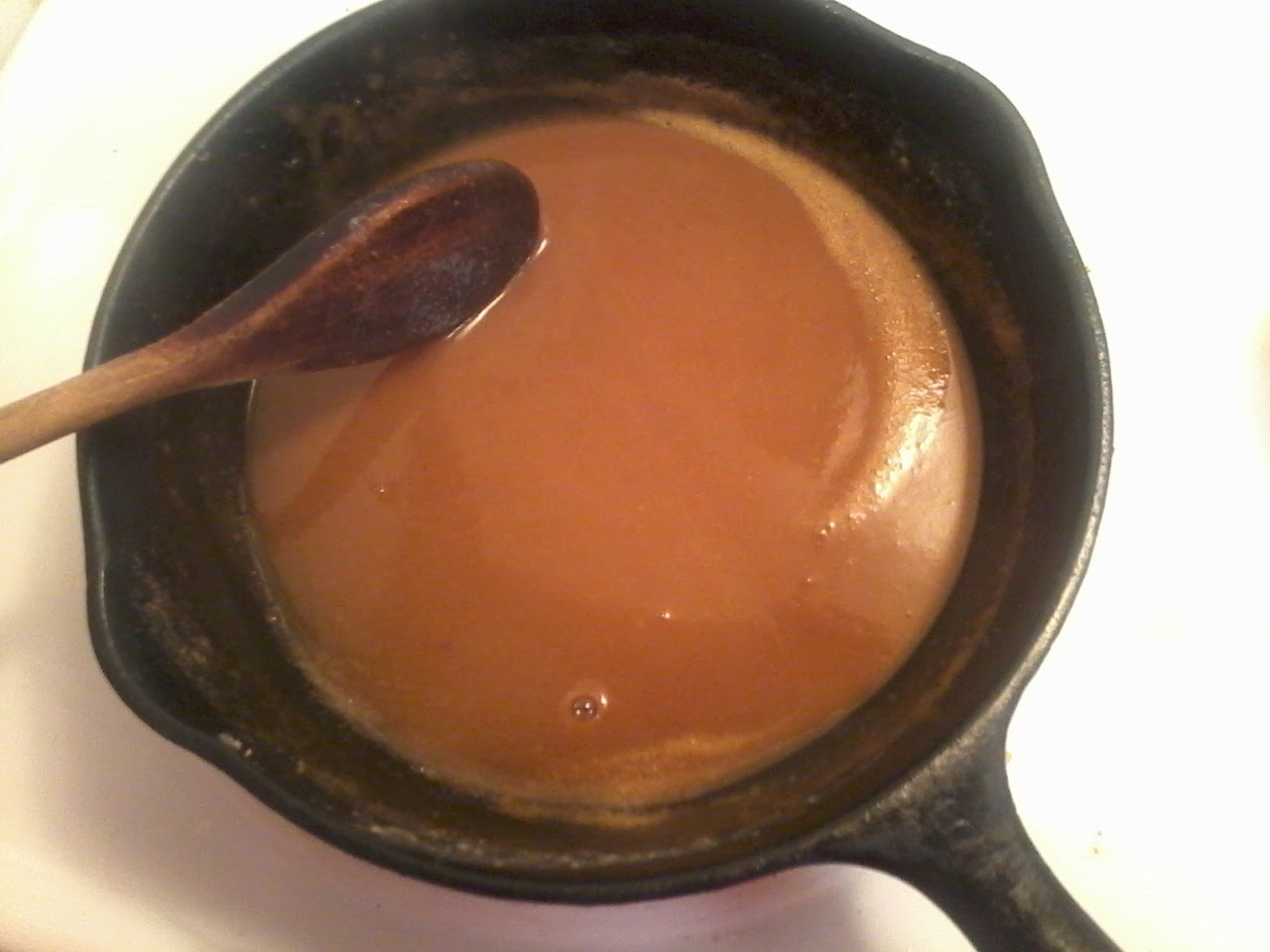 Gravy being a somewhat religious subject, I was briefly nervous that a white vs brown debate would break out in the kitchen around me. But on the bright side, the kitchen smelled really good. People were already orbiting the door asking what was cooking. Oh, you poor saps. If only you knew. 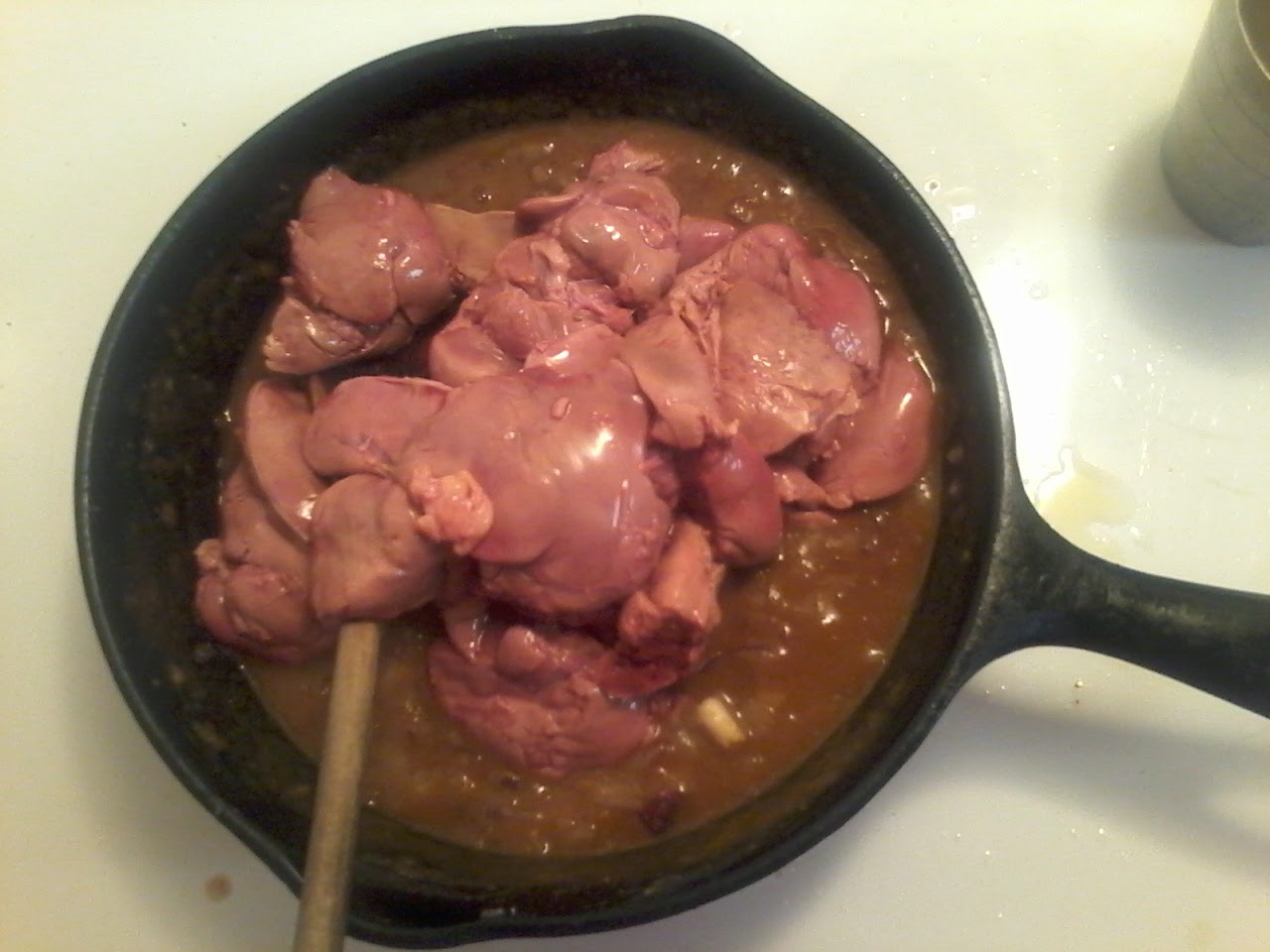 So, what I thought was an unusual something-or-other has devolved into liver stewed in gravy.
And now, garnished with ham (that dried out in the oven) from the lunch meat counter, here it is! 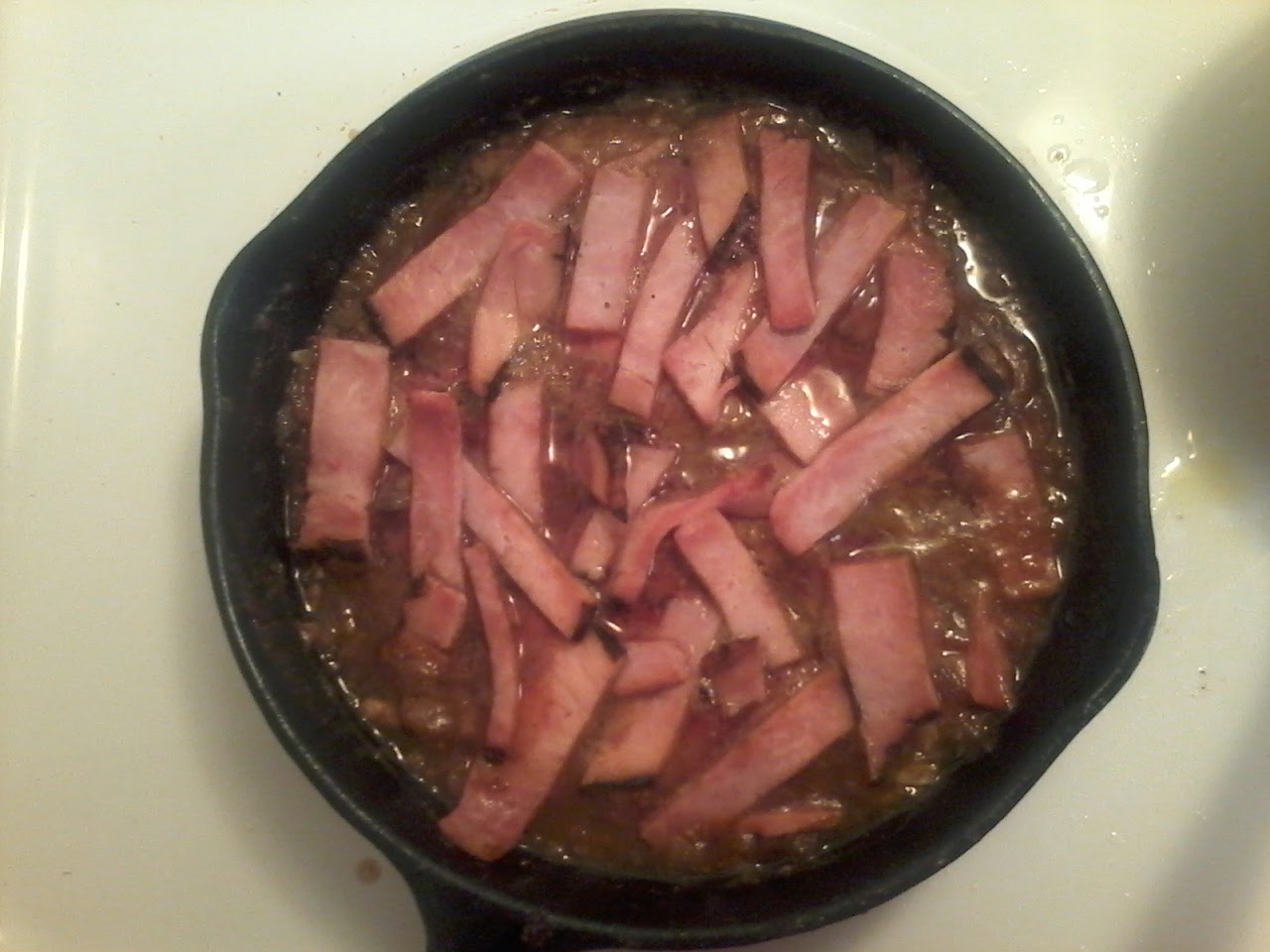 If you ignored the fact that this contains eight chicken livers, it looks like a decent pan of stew, doesn't it? Also, I cannot lie, it smelled amazing. Liver seems to have that property. My mom still vividly remembers one day everyone coming home to a house that smelled like fried chicken. It turned out to be fried livers.


Ladies and gentlemen, we present a delightful after-theater snack: Miss Parloa's shit on a shingle! 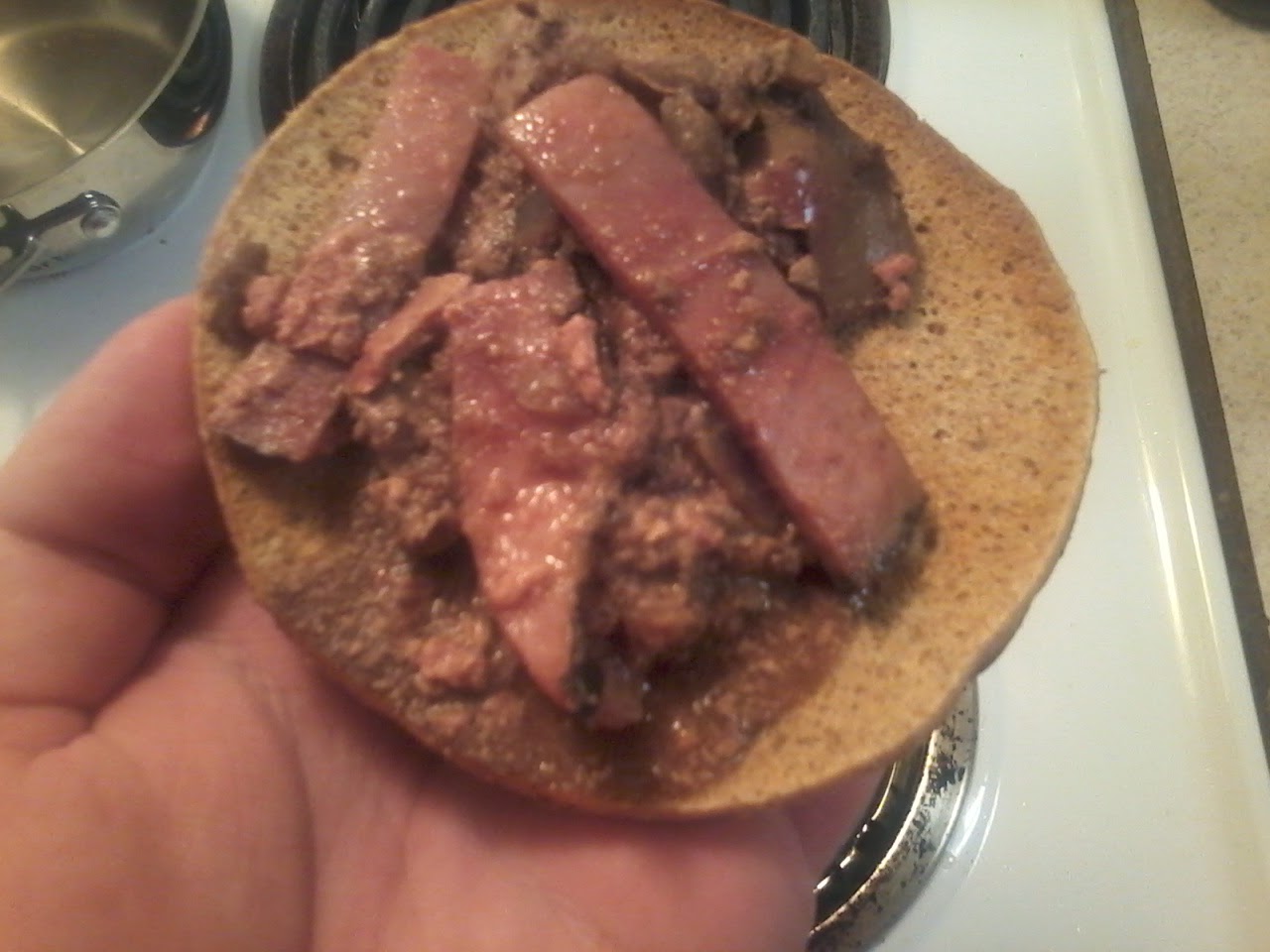 I'm sorry, I couldn't with this one. I gagged. It tasted all right, but the texture was just wrong. But, did you know you can mash the things?

Having so done, this was actually... not that bad. Not that I'd make it again, but I didn't throw out the leftovers either. 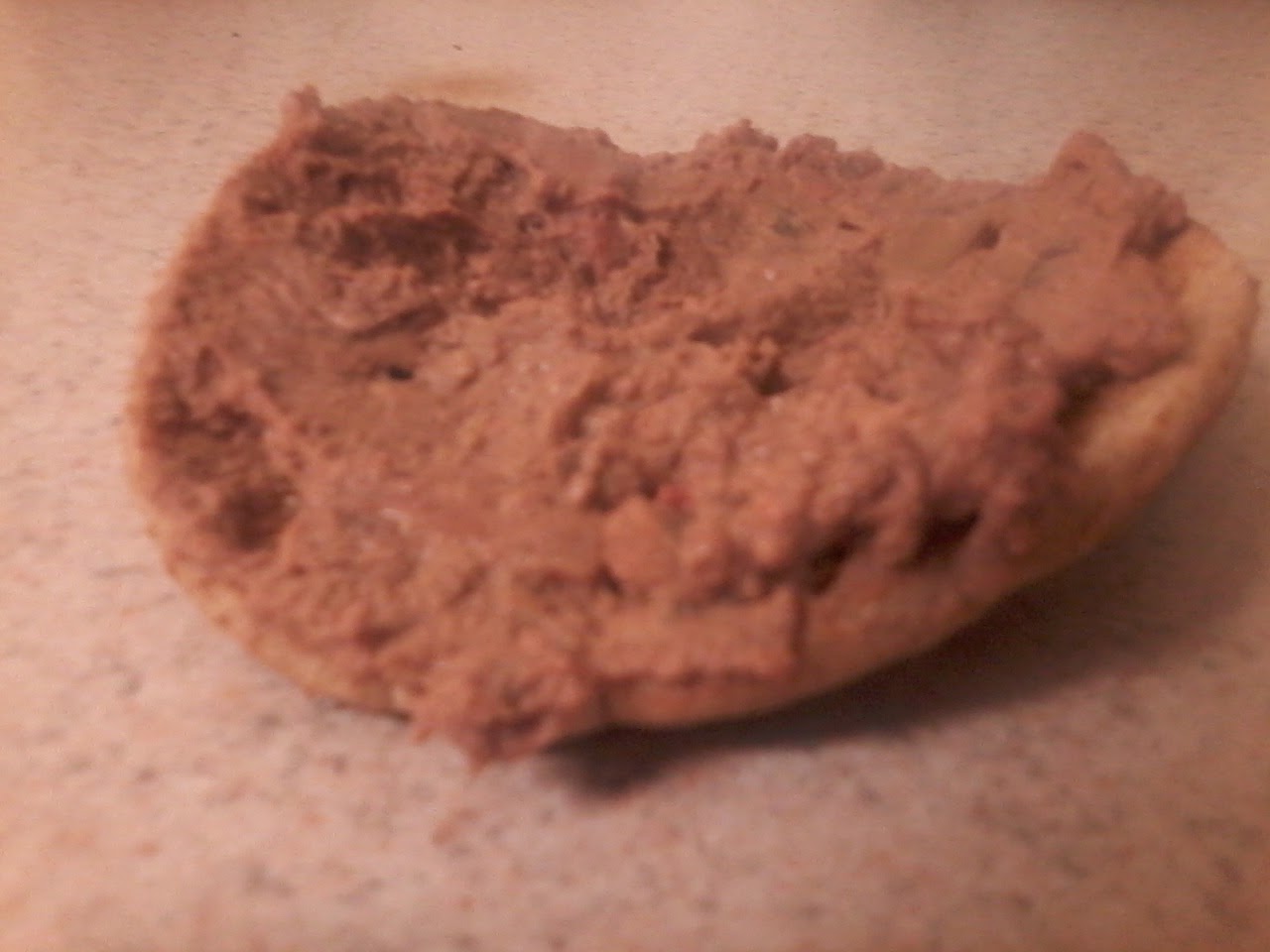 However, it changed color overnight in the refrigerator- even with plastic wrap pressed right onto it. Yet oddly enough, it was better warmed up the next day. 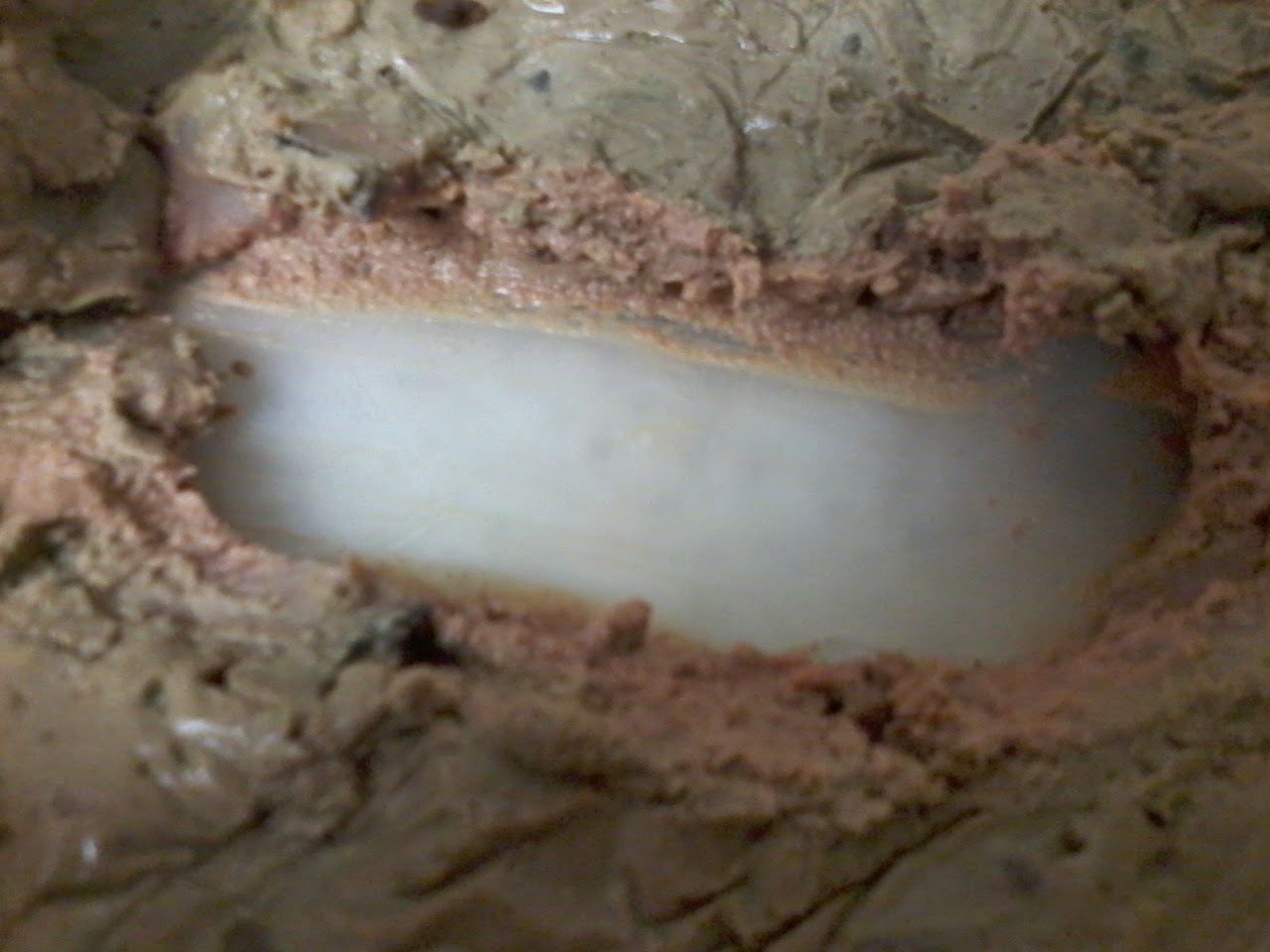 N. B. If you want to win a cookbook handmade by me, be sure to enter the recipe contest by February 28! Seriously, I just cooked a whole pan of chicken livers so my too-frightening-to-cook bar just went up a few feet. Therefore, feel free to send anything!
Posted by S. S. at 12:10 AM