Happy First Birthday to A Book of Cookrye!

Holy snizzbat! If this blog was a person, it'd be approaching self-awareness by now! This calls for a celebration, but we have few funds. Fortunately, one of our cookbooks has a recipe just for times like this:


As grateful as we are to Mrs. George Thurn for saving our one-year-celebrating hides, we were not in the mood for triple-sifting things. For one thing, we're economizing so hard we don't have a strainer.


It's been a year since I decided to write about how much I loved shoving cauliflowers in a meat grinder. I was so excited to start a cooking blog I didn't even think about what to call it and ended up naming it for the cookbook lying nearest to me at the time (printed from here) just so I could get to writing. Had I stopped to think about it, I'd have named it something easier to spell. However, I do get to use the phrase "we at A Book of Cookrye," so the orthographically challenging name does have its benefits.


It's fun to write about the things I cook and all the jury-rigging, improvising equipment, ingredient substitutions, and snatching food as soon as it goes on sale that goes into it.  Also, my friends have had fun getting dragged into this. Or at least, I'd like to think they have. If nothing else, they haven't starting avoiding me since I started asking them to try things for this little endeavor.

If nothing else, writing about it has made me willing to make a lot of things I'd otherwise never have tried. Some of them have involved livers and kidneys. We've also put cucumbers into ice cream.

One thing I like a lot about writing this is digging up the really old recipes that turn up in forgotten books (such as the first birthday cake currently in production) and posting them. It feels like I'm taking the recipes out of hiding and putting them back into the world. Sometimes I wonder- after taking things out of forgotten places like handwritten inscriptions in the back of a cookbook kept away in a library's Special Collections and putting them online, has anything I've posted made its way into someone's kitchen- and if so, what did they think?

At any rate, this has been really fun to write. I've discovered a lot of things culinarily and wonder what the next year will bring. But the next year can wait, for tonight we have chocolate birthday cake with icing and everything!

So, happy birthday to A Book of Cookrye! Let us snarf chocolate with impunity! We can make up for it later with a Far-Out Green Smoothie and some chickpea salad. Or we can celebrate the first thing we wrote and have another pan of the baked Parmesan-Garlic cauliflower thing - it's really tasty, so it's like being healthy without the punitive aspect.  But for now, let us have Economy Cake! 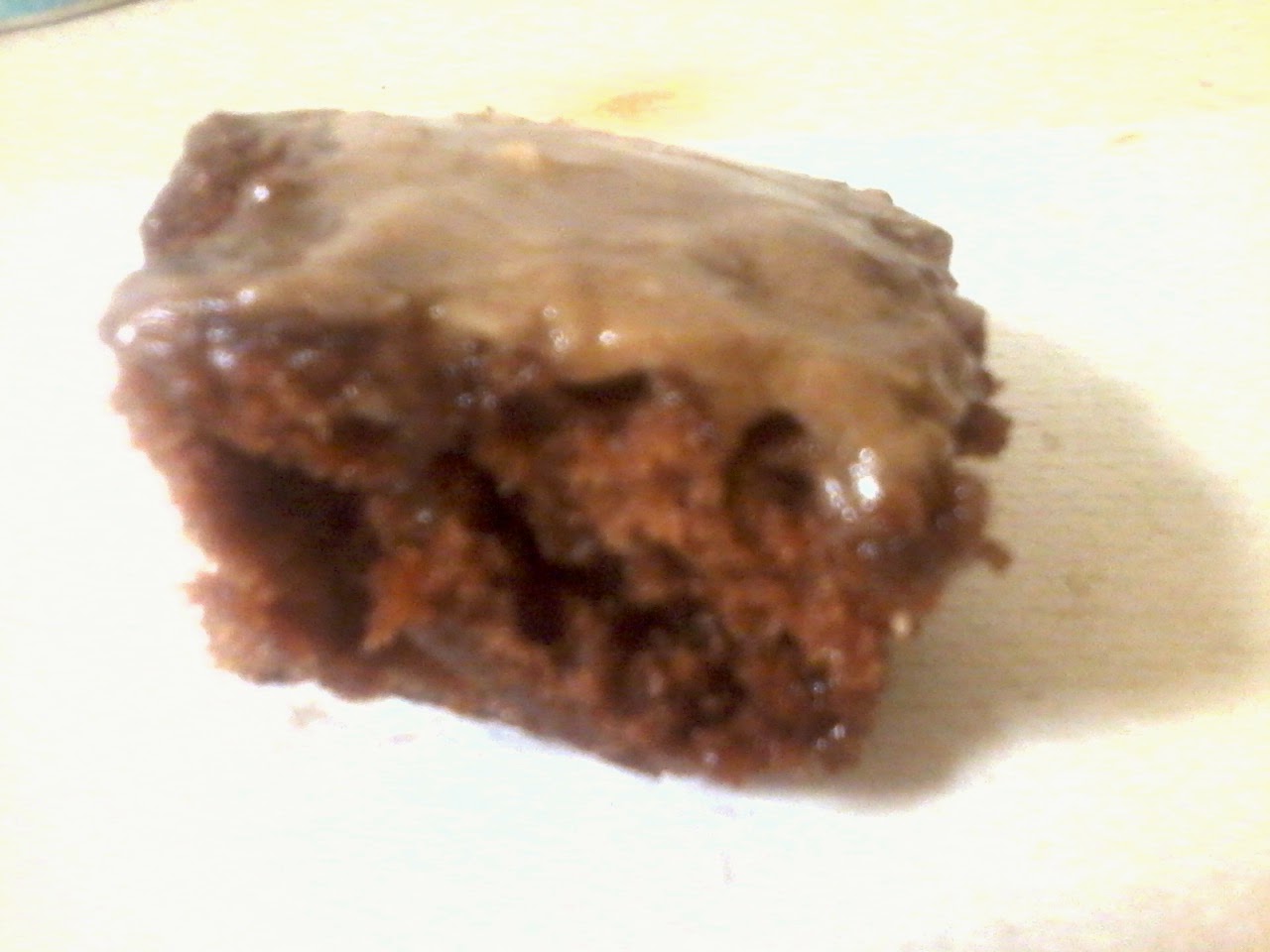 Economizing aside, it's a damn good chocolate cake. You should totally try it.

If you want to win a cookbook handmade by me, enter the Banana Recipe Contest! Send recipes to abookofcookrye@gmail.com or post them in the comments.