I have no idea what a soufflé is, but I put bananas in one

We at A Book of Cookrye, faced with a surplus of them in the freezer, are going bananas over bananas! In fact, in case you haven't seen it, we're having a recipe contest! Send in your banana recipes that we may use up all the frozen bananas and you can win a hand-bound cookbook which we made a lot of for this year's Christmas presents.
It's not that we dislike banana bread (we really fricken love it, actually), but we are in the mood for trying new things with this frozen bounty. Which brings us to today's creation! 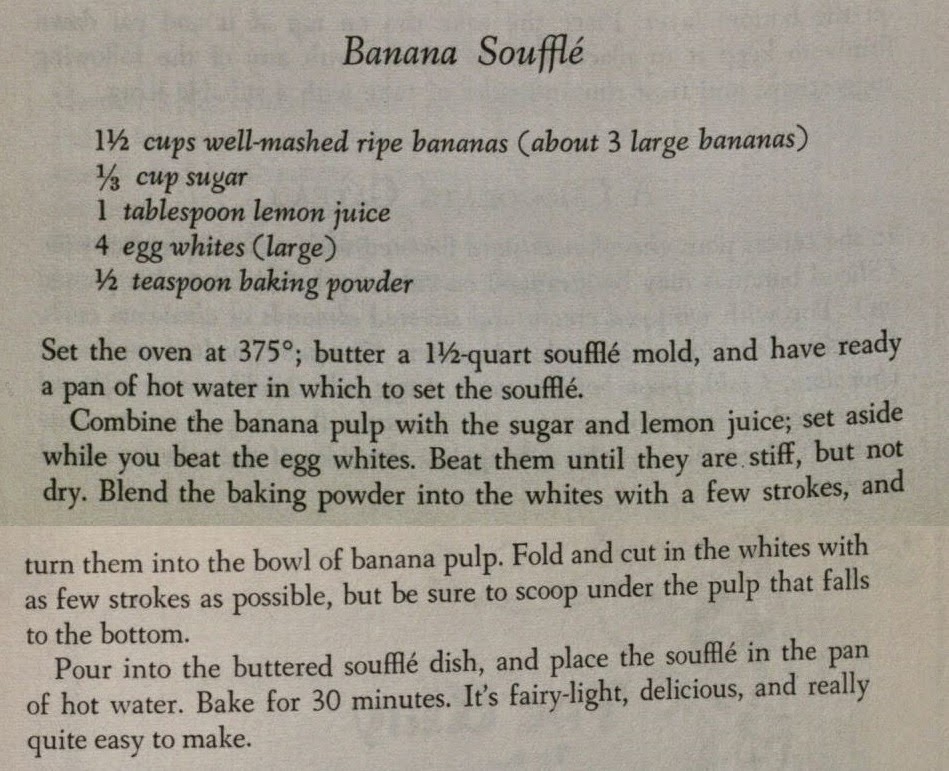 This comes to us from The Delectable Past and in that book is ascribed to Maria (professionally known as Miss) Parloa. The Delectable Past is a fascinating (to me) book about the history of cookbooks and the interesting social trends and world history you can see reflected in them. 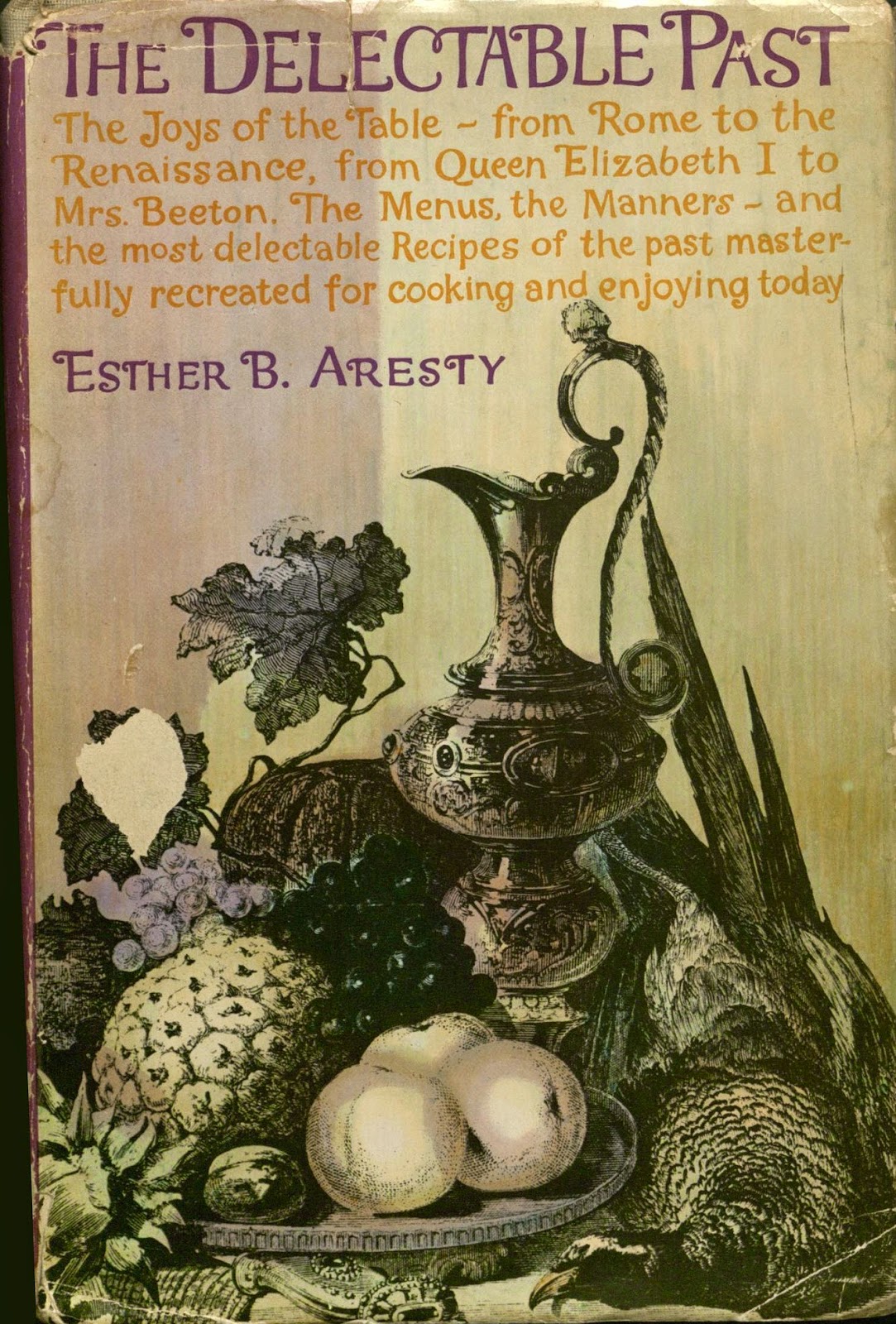 We at A Book of Cookrye have no idea what a soufflé is. We've only seen them in old movies where as soon as the housewife pulls it out of the oven, her lovably dimwitted husband (he's always lovable and stupid) slams a door and the soufflé flattens out on the plate either with a trombone lament or a comedic recording of a deflating balloon. This was apparently uproarious in the 1960s.
Well, whatever a soufflé is, it starts out looking like this. 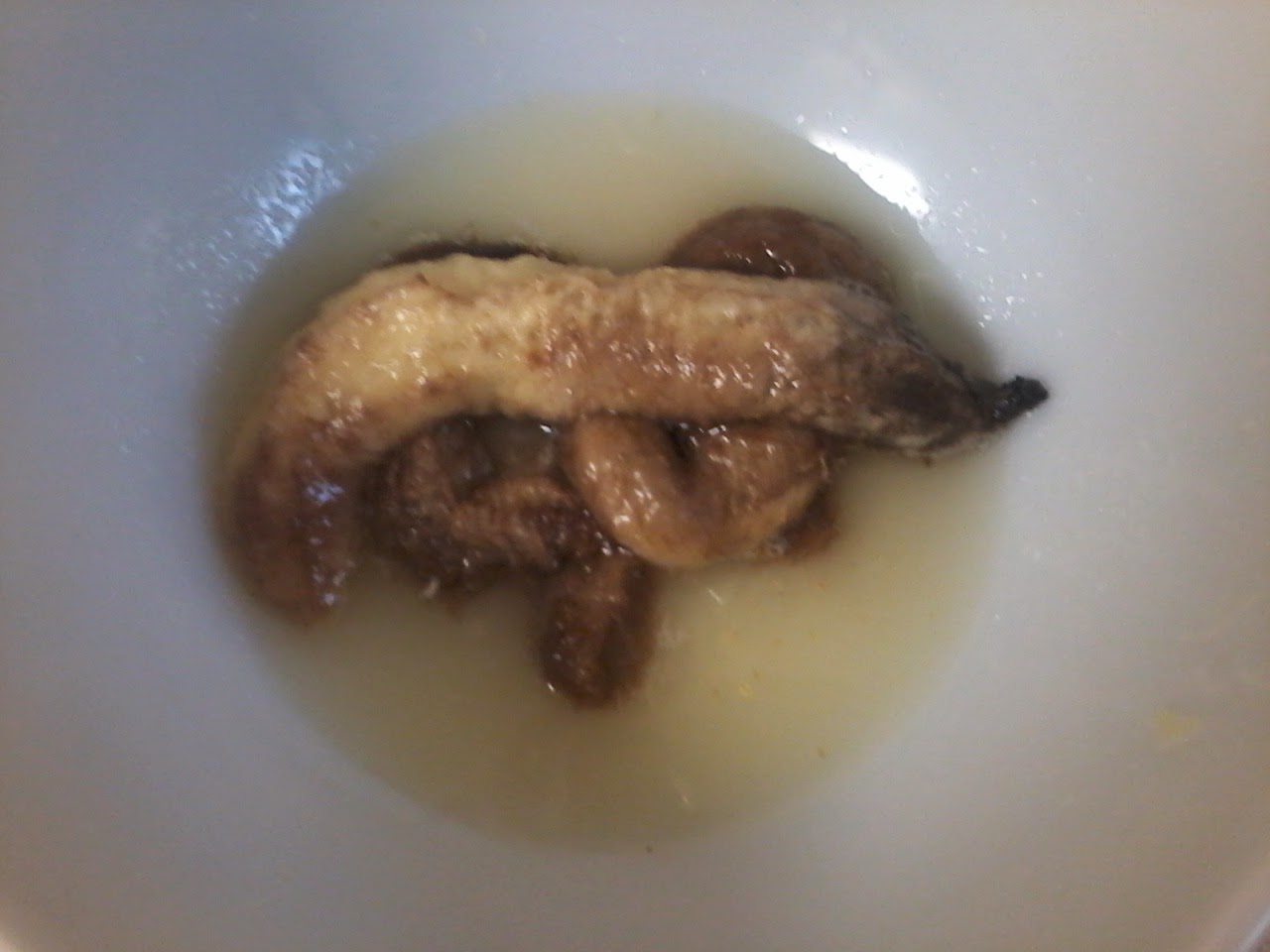 I can't decide whether it looks better after getting subjected to a mixer. 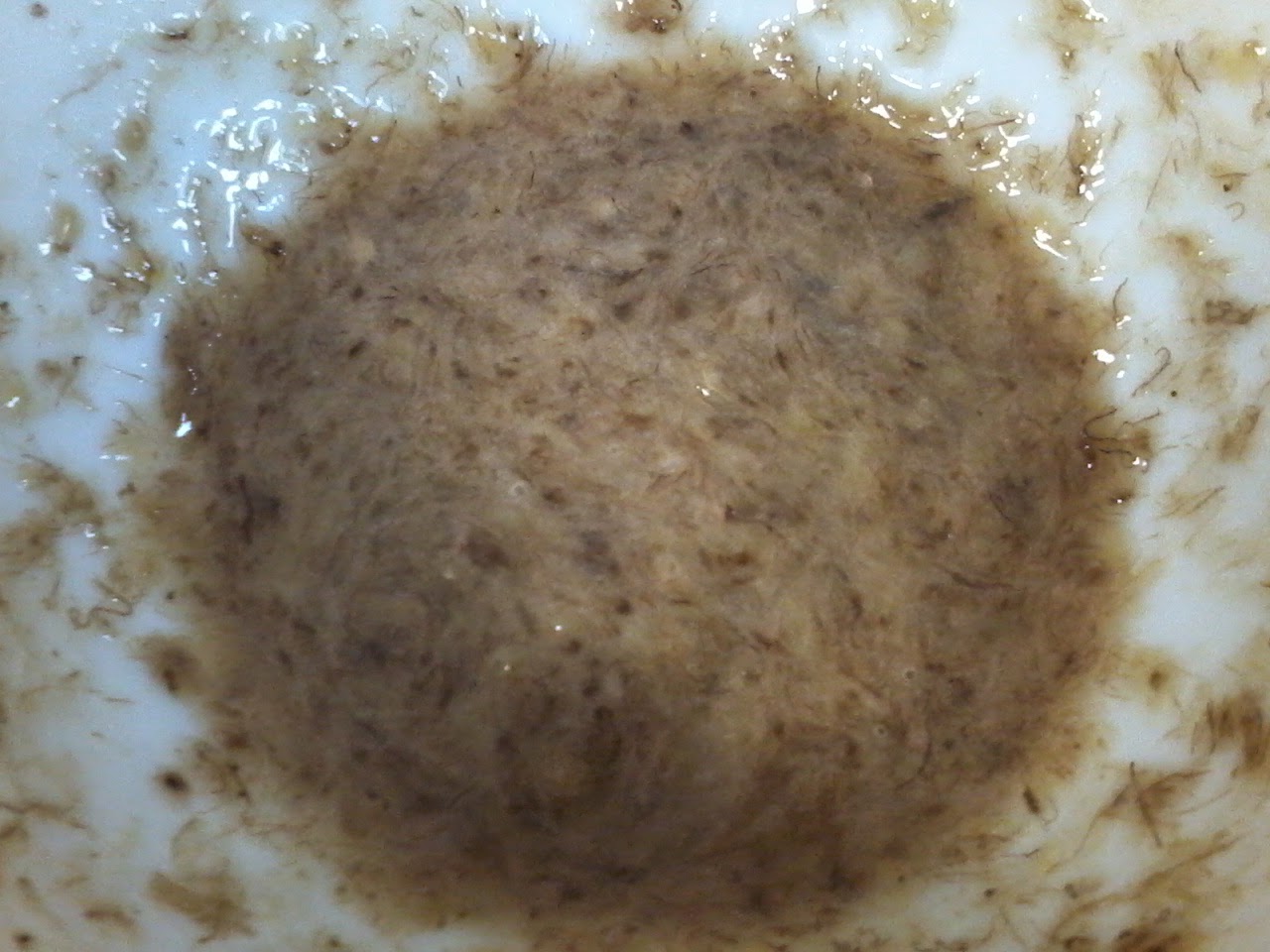 However, as promised, it really was quite easy to make. We were folding in egg whites not 15 minutes after we started. At this point, it finally starts to look like it hasn't been digested yet. 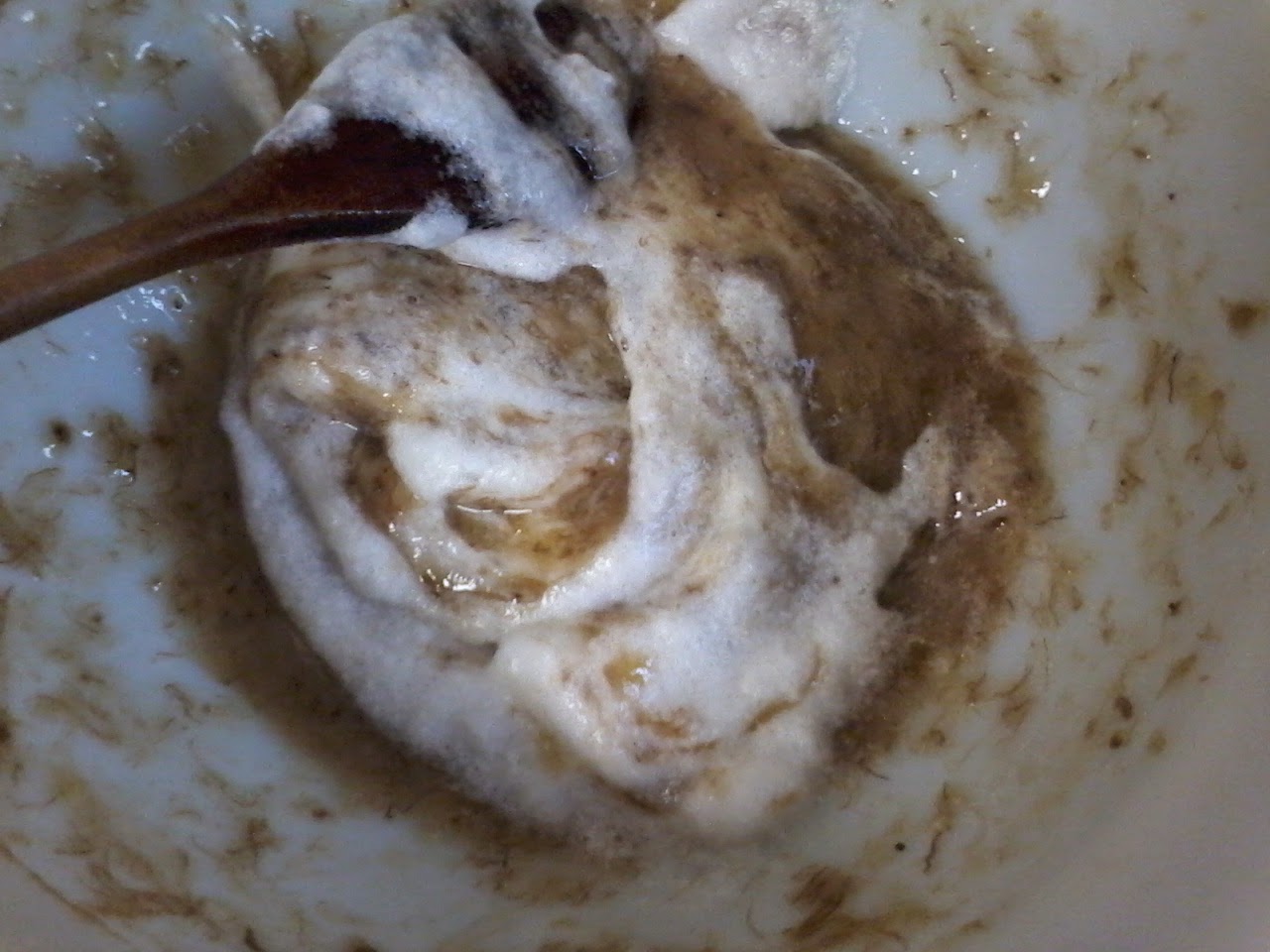 It looks like a soufflé is basically a pan of egg foam with stuff stirred in. We were somewhat surprised at this. Is this recipe unusually simple or is the general idea of a soufflé?
At any rate, the soufflé-to-be finally looks like it will become something people would voluntarily eat. 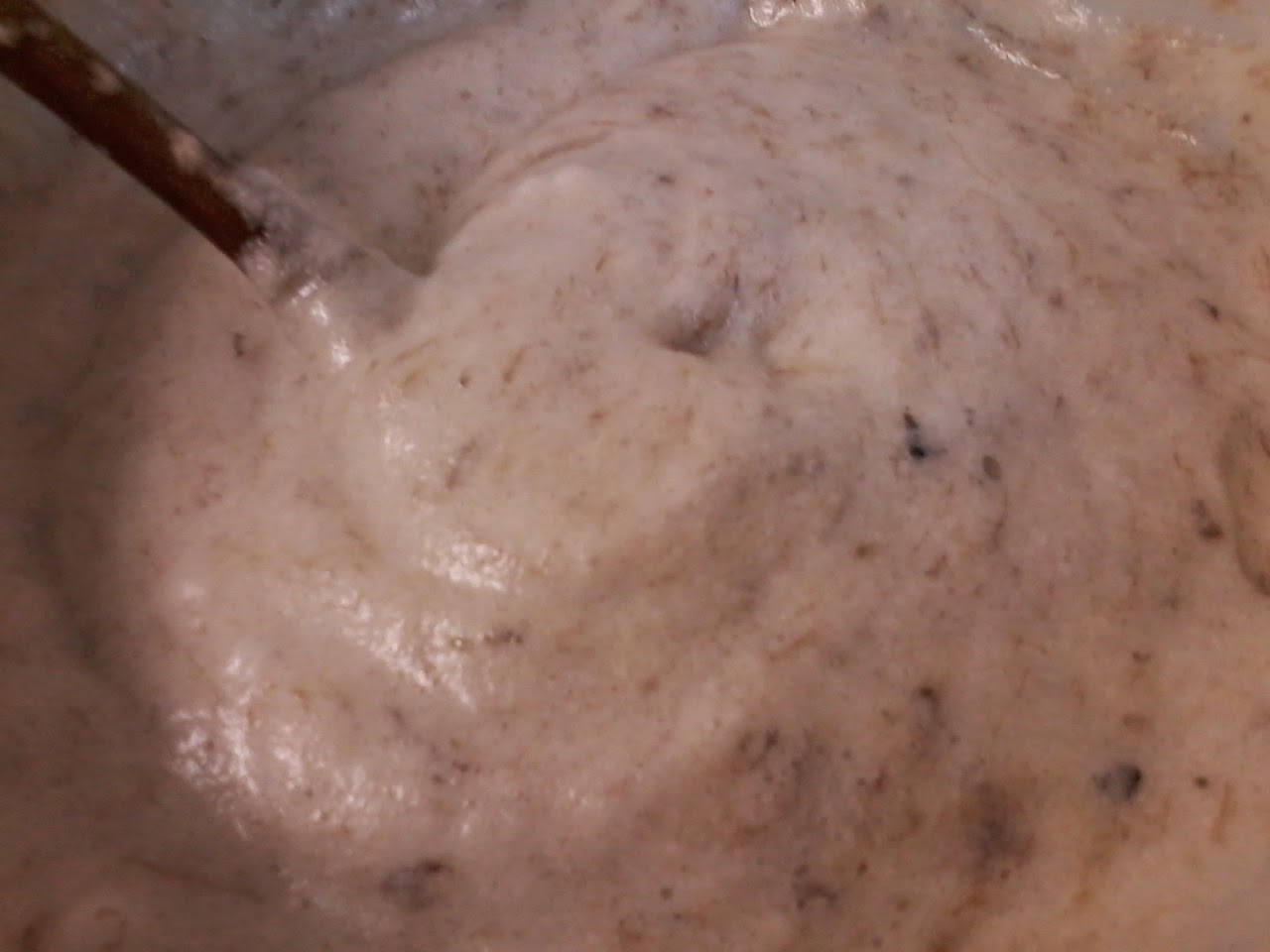 At this point it's supposed to go in a buttered soufflé dish. I've never seen one in my life, but hopefully the broken rice cooker someone left in the kitchen will do the trick.

We briefly pondered what we might use for the pan of hot water as we didn't think about pans. Fortunately, we already had a suitable vessel downstairs from making supper. 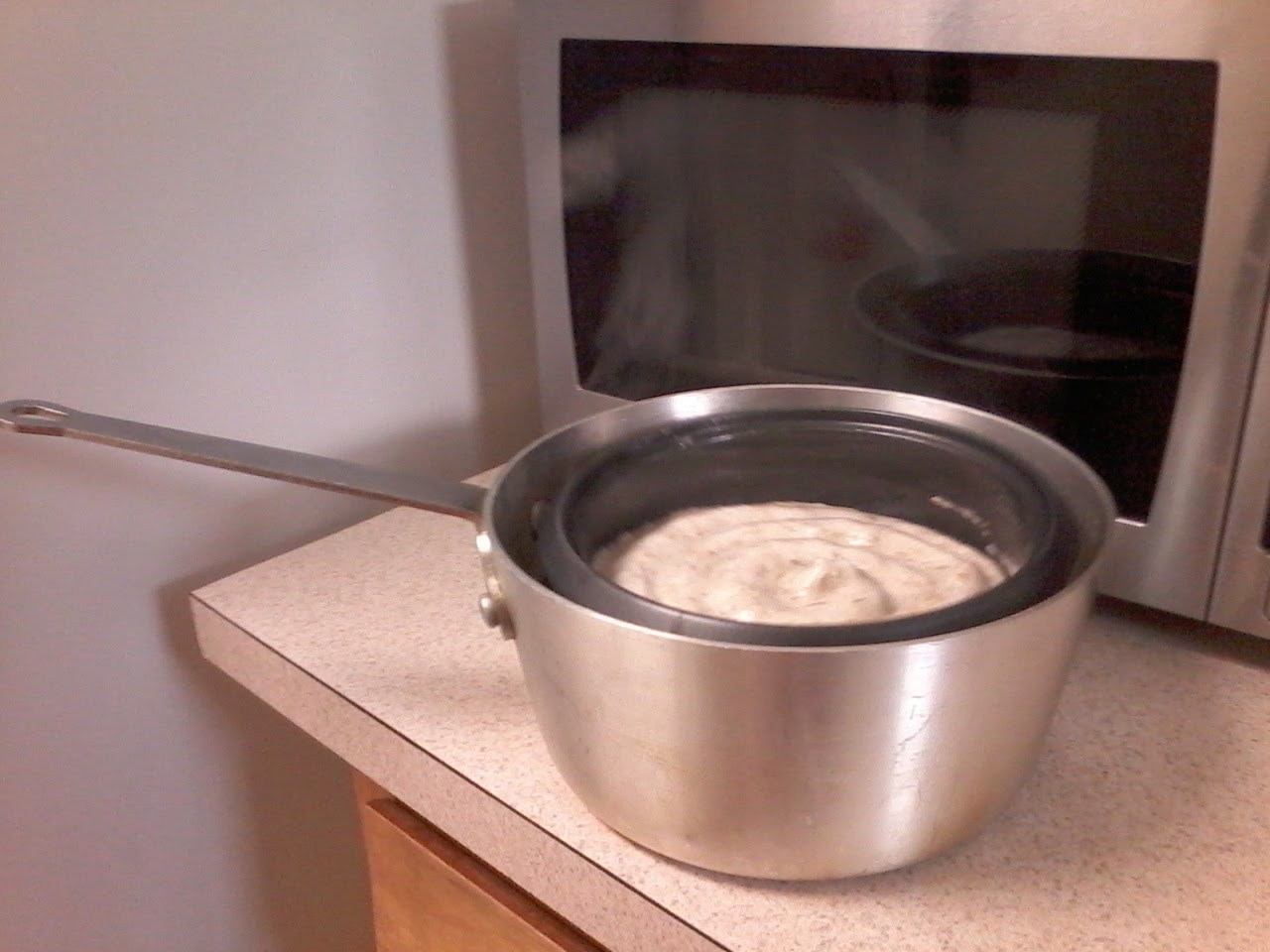 And holy snizzbat did it look pretty once it baked! 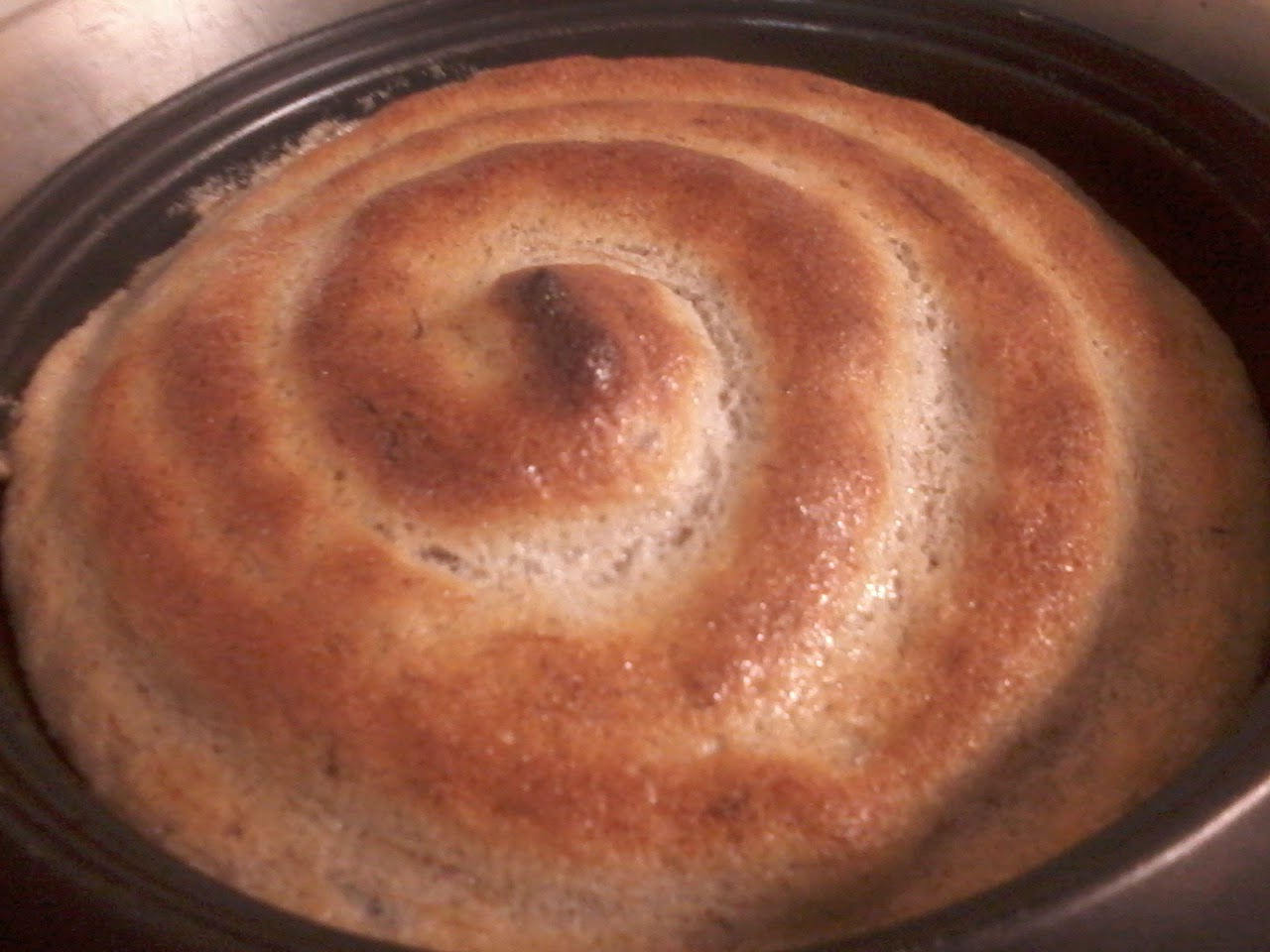 It had risen so high we could not use the rice cooker lid without squishing it. A glorious triumph! In eager anticipation, we tried it and.... it tasted like hot mashed bananas. Have you ever had hot mashed bananas? They taste like sweetened vomit.
So, fully aware that the soufflé would fall (it had started sinking within minutes of leaving the oven), we put it in the refrigerator.

Once it got cold, it was about a fifth its height. Someone saw me lifting a slice out of the rice cooker and, upon asking what it was, decisively said it is not a soufflé because it is short. Whatever. The proof is in the tasting and...
Y'know, not bad. I actually like it. It's like banana bread, but not at all filling. And despite falling down to shorter than it was going into the oven, it was still very light and would be nice after a heavy meal. It's happy banana foam! We at A Book of Cookrye hereby declare the Banana Soufflé a success with this little note added to the recipe: "Put it in the refrigerator once it cools, and ignore how much it fell back down."
Posted by S. S. at 7:17 AM