We at A Book of Cookrye have been pondering the fact that we cannot afford meat as often as we would like. We have also been flipping through a book that we've had sitting around for a while...


Pan-Am published a cookbook of recipes sorted by country of origin in 1954. They had their various employees gather recipes from the countries they sent planes to. We had a copy in our house for years (along with various Pan-Am things since my grandfather worked for them), but the book disappeared at some point. Fortunately, it's fairly cheap online, hence the copy we have now.
You may think this is one of those posts where we say "Oh-ho-ho, look at those silly 1950s people and their sad and bland attempts at foreign foods!", but lot of my friends from outside the US have flipped through their home countries' sections and apparently the recipes are pretty accurate. Which makes sense- if you're going to sell an international cookbook to people who can afford to actually go to the countries, they're going to know how the food is supposed to taste. You can't try to sell them cookbooks that tell you to make Japanese food with a packet of onion soup mix.


Today, we're cracking this book open to Russia and attempting...

Normally when trying entirely new things, we at A Book of Cookrye are perfectly fine with the possibility that the food might be bad.  However, today's offal adventure had better be good because the people at the meat counter would not open one of their liver trays and repackage a smaller amount for us no matter how nicely we asked. We thought we were making liver rolls, we ended up making a commitment. 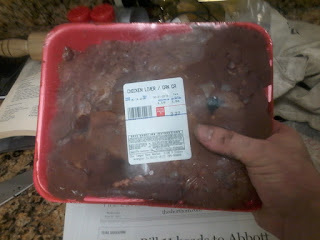 You know what, let's leave the livers aside for an indefinite period and work on that pie crust.

According to the introduction to the Russian chapter, Russian food makes extensive use of sour cream for the same reason we have pickles and cheese: a holdover from before we had refrigerators. The point is, we're going to be wrapping livers in butter-sour cream-flour paste. 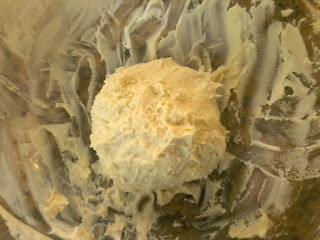 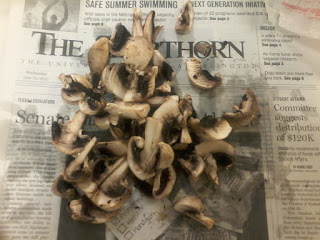 Just kidding- Fanny Cradock taught us that we now like mushrooms. Now we must face that which we dread. At least the livers get drowned in butter first. 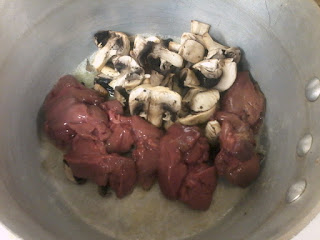 You know, it's kind of surprising Russia got a chapter in this book with the Cold War heating up. Furthermore, it's called Russia and not the USSR (incidentally, Ukraine got its own chapter despite not being a country at the time). Furthermore, there's no apology for including those icky commies whatsoever. There's not even any acknowledgement that the US and Russia were, ahem, having difficult diplomatic times. 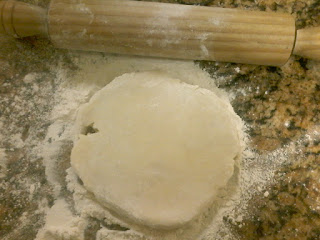 The pie crust, in its time spent refrigerating, had gone from a sticky paste to a lump of dough about as hard as a stick of butter. We weren't rolling this out, we were smashing it with a rolling pin.
This is the first time we've ever done a pie crust that didn't involve shortening-- although we've read plenty of cookbooks old enough that butter was your only option. The instructions in those books extensively repeat not to touch it lest your body heat ruin everything. Also, most say that a marble surface is best because it's cold. Also, try to do this when it's cold out.
We always thought that was overkill, but sure enough, this melted back to the sticky paste a few pictures up if we touched it for a second or so. The point is, maybe all those people who want granite counters aren't being trendy. They might be really into making their own puff pastry.

Even though I'm terrible at it, making pie crust is a lot more fun than it should be. Maybe I just like the fact that rather than trying to make everything stay in bowls and pans without spilling, you do the whole operation, messy flour everywhere and all, directly on the counter.

Incidentally, for those who wish to try this at home, it's a lot easier to make the little liver things stay shut if you dip your finger in water and draw a ring around the edge of the crust circles before you put the filling on it. After all, we don't want the liver escaping, do we?

We've got a pan of fourteen Russian-sized liver pods and one American-sized liver thing. They almost look like potstickers, don't they?

While the Russian liver potsticker things baked, we reheated the extra liver-mushroom stuff to see if it's any good on its own. Not every food matches the countertop so well.

At this point, we at A Book of Cookrye must register surprise: these actually smelled amazing coming out of the oven despite containing what now looked like mysterious black stuff. 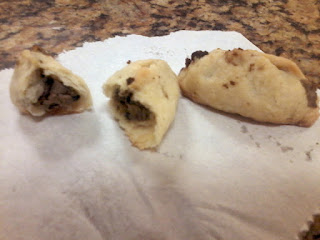 Despite containing livers, they were actually very good! So, if you cut liver with mushrooms, douse it in salt and pepper (we used a lot more than the piddly doses given in the recipe) and wrap it in sour cream and butter, you can actually eat the stuff!

By the way, if anyone from Russia is reading this, please share how correct you think the recipe is.
Posted by S. S. at 4:21 PM