Wheat waffles, or Do you ever make anything from new cookbooks?

Recently, Kelly (who has voluntarily tasted the "chicken" "pie" and ginger "bread")  asked me do I ever make anything out of modern cookbooks? I answered "Well, I did get a 1998 book from the library called A Taste of Ancient Rome." But I actually do use modern recipes- heck, the first one I ever wrote about was from a Facebook post- they just don't seem as entertaining. But, just to show that every now and then I do use recipes from less than 20 years ago, here is one from a cookbook that came out this year!


Why am I making these? Well, I wanted waffles but also wanted to think that despite using them as overloaded syrup vehicles, there was at least something healthy about them.

The only change was using powdered milk because, well, funds. This may have been why despite staying at bottom end of the 1-1¼ cups range when adding water, it was really runny. 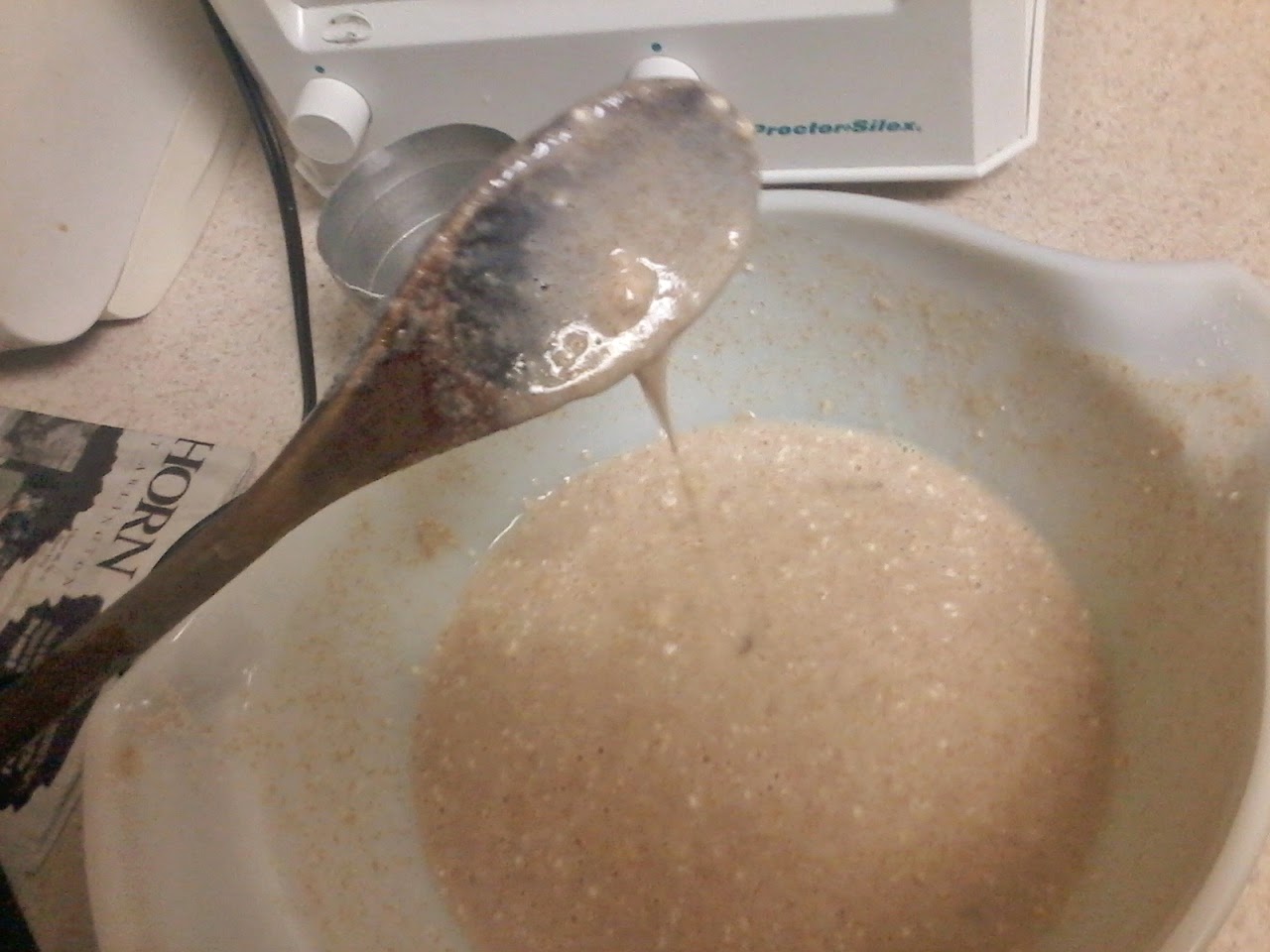 However, it's easy enough to just dump in more flour. Besides, he put in a note of what the batter should look like just in case of things like this.

So, by his line of reasoning, adding a spoon of vinegar right before you cook them will make an elementary-school volcano of the batter, therefore despite being whole-wheat the waffles won't be dense.

It looks like this works! I was kind of bummed the vinegar didn't leave behind just a little cider taste, though. 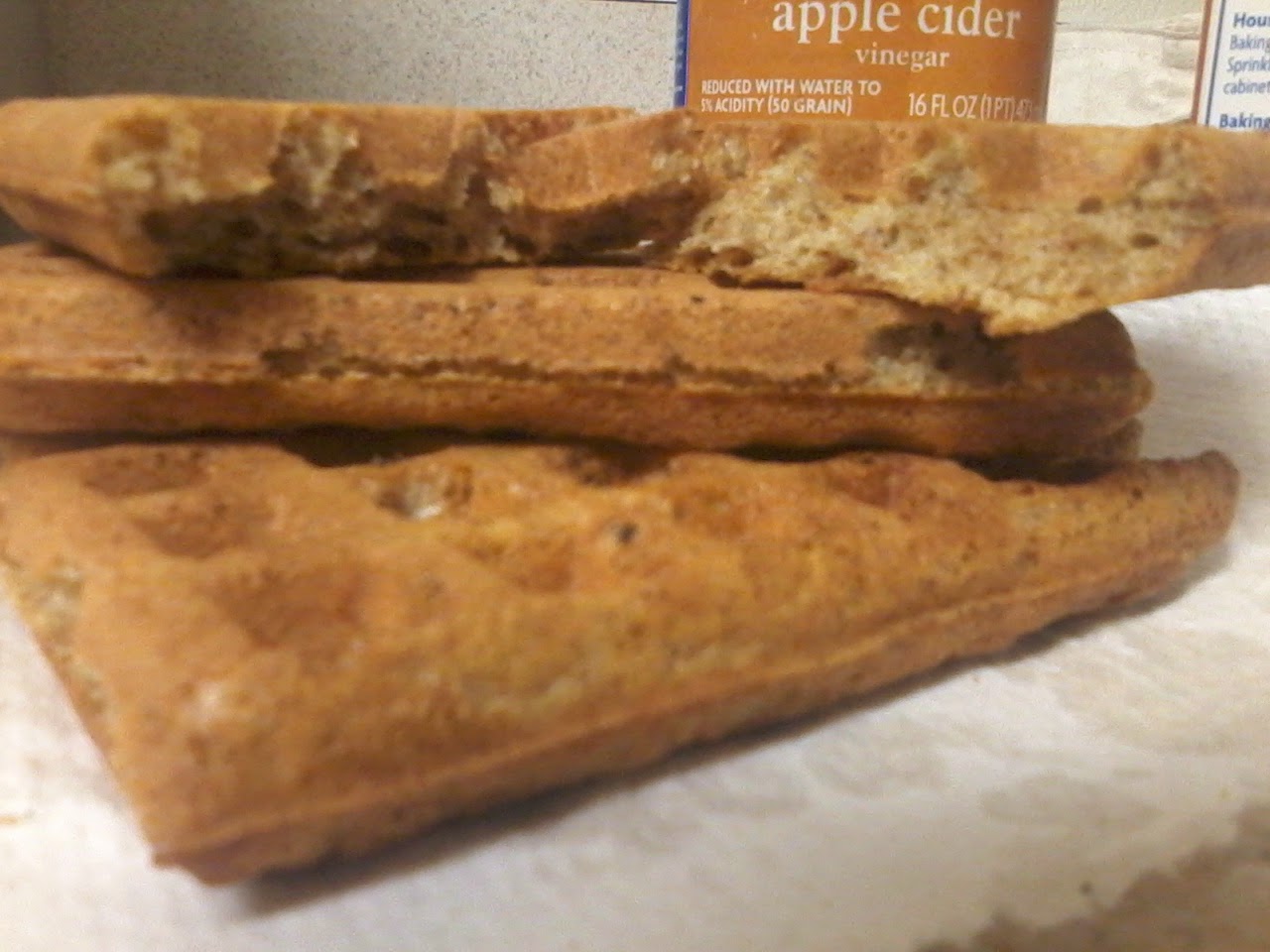 And so, in conclusion, yes I do make recipes from living memory. Also, these waffles are tasty.
Posted by S. S. at 7:14 PM