As aforementioned, we at A Book of Cookrye are always looking for new caffeine delivery systems. We've tried dumping coffee into cake batter before, which was delicious. It appears in the Depression, people were doing the same thing. 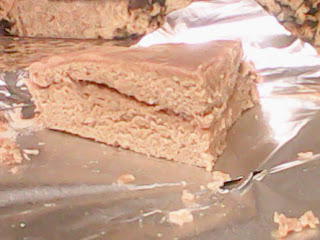 Presumably with the Depression on, people needed to economize on time, hence combining coffee and dessert. This recipe translates beautifully into the life of a 21st century engineering student since it covers two principal food groups: caffeine and junk food.

We tried pouring the coffee into the cake pan to cool it off, but it required some extra work to make it cool off in thirty seconds or fewer.

It looks like this recipe does more or less what we did when we independently discovered literal coffee cakes: just dump coffee into the batter. Not that there's a problem with that.

We must admit that in our caffeine-deprived state, we mistakenly added three cups of flour rather than the two cups the recipe tells us to. This is the first time in a long time we've made a layer cake rather than cutting the recipe in half, and already we're messing up. But, we told ourselves, if you're already having a two-layer caffeine cake, some extra gluten can't make it any particularly worse for you. 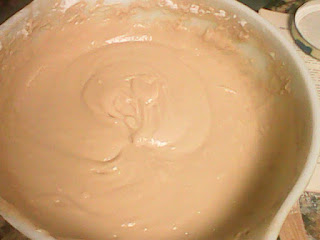 Like the last time we at A Book of Cookrye made a coffee cake, the color was an odd beige. It's neither brown enough to be a spice cake nor light enough to be a yellow cake. It's just beige. That said, the batter was delicious. 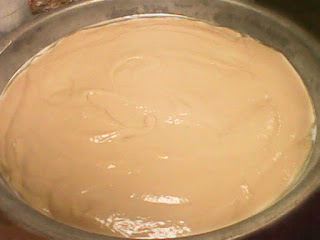 Also, quite fortunately, there was enough leftover coffee in the pot to make us one of these!

All right, now that we've been drugged back into existence, we can make the icing that contains a puny ration of chocolate. 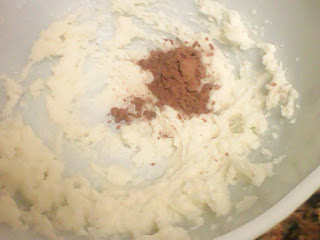 Here we must admit we'd forgotten that we used up the powdered sugar and decided "Well, the recipe doesn't say we can't use regular granulated." This was a gritty mistake. On the bright side, the chocolate was surprisingly sufficient. We'd expected it to be just enough to make you wish it tasted like chocolate. 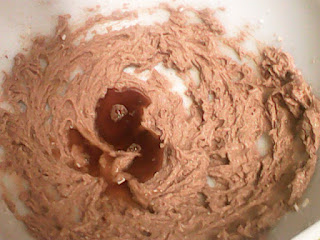 Fortunately, when we added enough coffee, the sugar grains dissolved. We had little butter globules floating in the hypersweetened coffee, though.

While we have previously noted our oven's lack of horizontality, this cake demonstrates the tilt better than any other we've made. 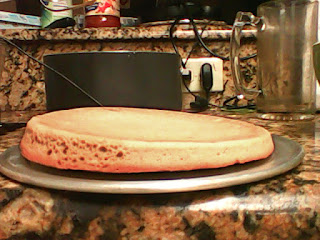 I'm sorry. I know there's a Depression on, but this is a pathetic ration of icing. We tried to just put it between the layers on top so it would temptingly drip down the sides, and it looked pathetic. Also, we tried to stack the layers so they'd be tilted opposite each other and end up leveling out. It didn't work.

However, this cake did improve overnight. By which we mean all the excess coffee in the icing soaked into the layers. We may have failed at measuring the flour, but this was a seriously tender and divoon cake. It was simultaneously dense and light, and was almost like slicing into coffee-flavored fudge. It was amazing.

Purely for the heck of it, and because this cake is so good, we made it again measuring all the ingredients correctly. Not only was it divoon and even more coffee-flavored than before, but everyone loved it. This is how much was left after a few hours: 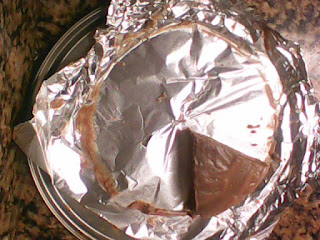